LAURENCE FOX wants England's 'millionaire woke babies' to be dumped out of Euro 2020 and claims he is 'embarrassed to be British'.

The actor, 43, went on an astonishing Twitter rant after England fans were slammed for booing players taking the knee. 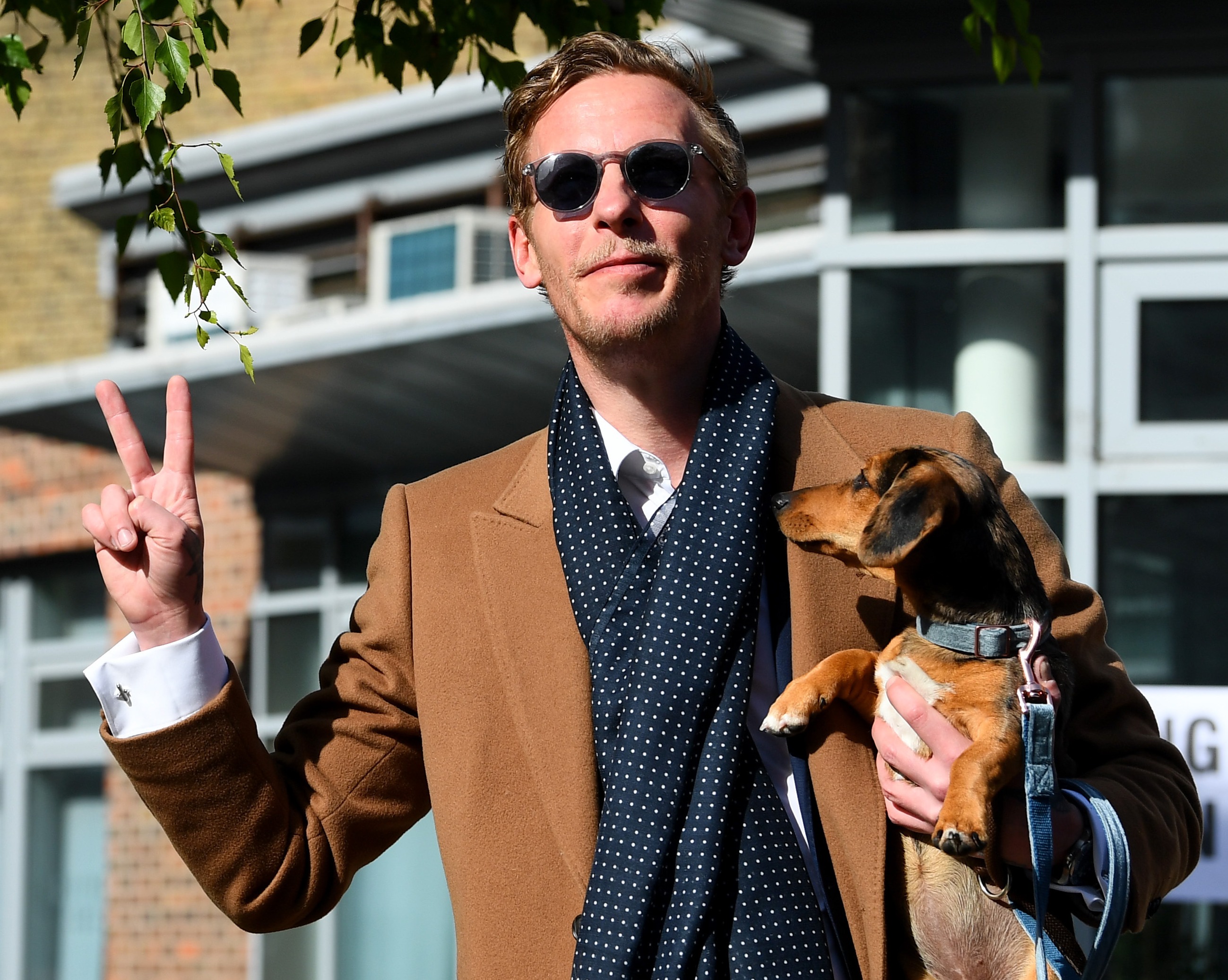 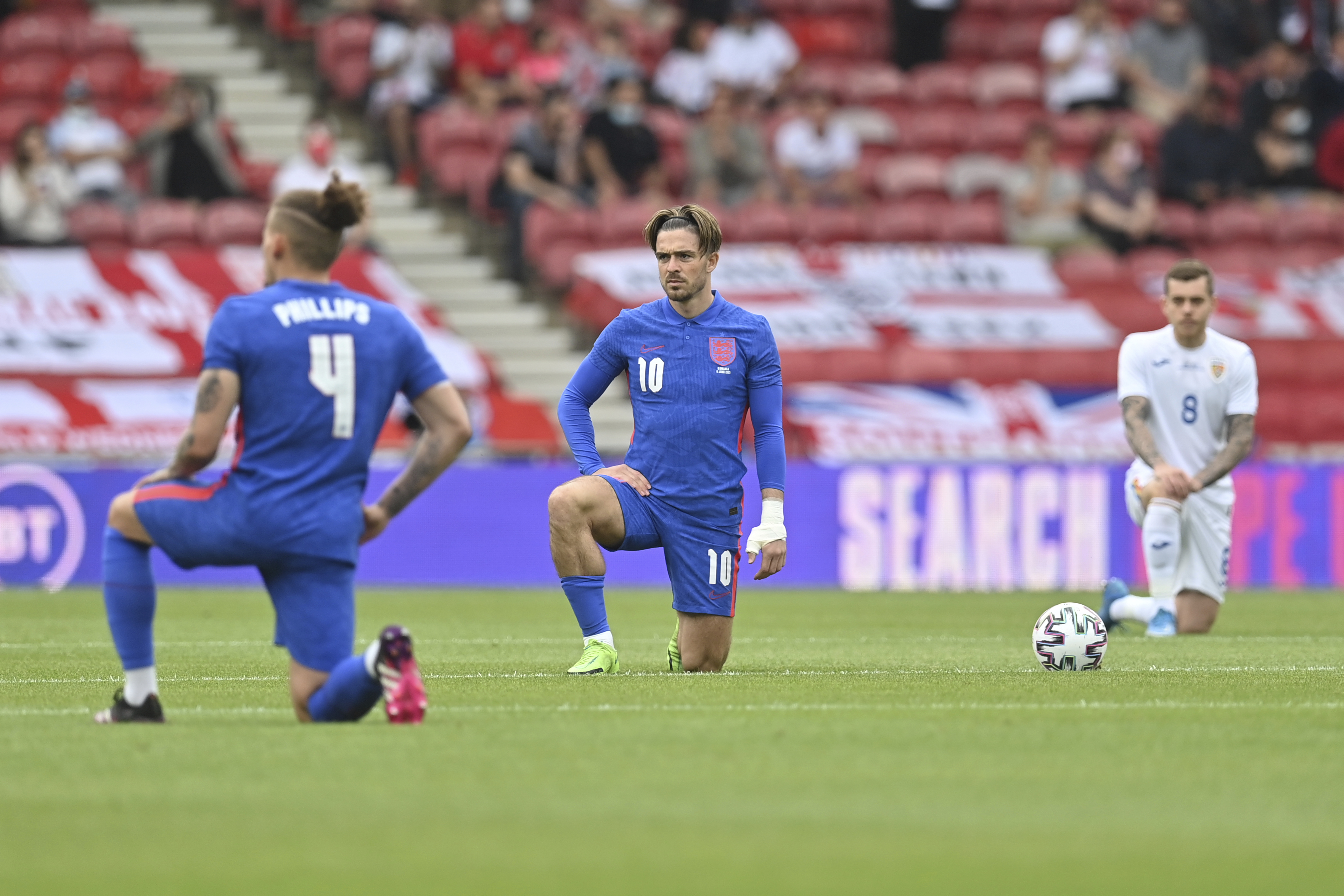 Leading sports stars have been protesting against inequality ever since the Premier League returned last June.

It came after George Floyd's tragic death in Minneapolis at the hands of a police officer led to widespread protests and anger.

But Fox wasn't having any of it as a section of England fans once again booed their team before the win over Romania on Sunday.

The former DS Hathaway actor in Lewis said: "I'm embarrassed to be British. I hope any team but ours wins in any future sporting endeavour.

"Tell me a single thing to moderate my thinking? Millionaire woke babies protesting inequality on two hundred grand a week.

"We deserve everything that is coming. Weak men. Weak.

"My prayers are with Croatia, The Czech Republic and Scotland. Knock these woke English babies out." 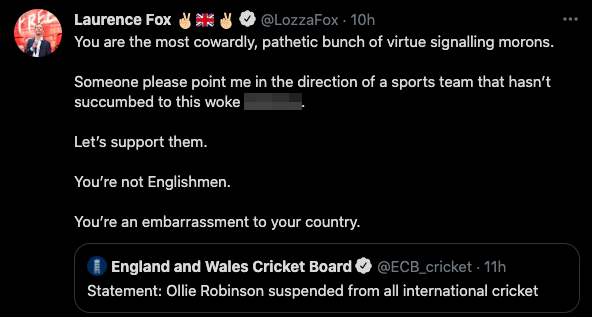 He continued: "My whole life I've wanted England to win at football.

"From a sofa with glandular fever during Italia 90 and Salvatore Schillaci, to a traffic jam in west London in an overheating mini listening to England beat Holland 4-1 in 96."

Fox also kicked off at the decision to ban England cricketer Ollie Robinson after historic racist and sexist tweets on his account.

He tweeted: "You are the most cowardly, pathetic bunch of virtue signalling morons.

"Someone please point me in the direction of a sports team that hasn’t succumbed to this woke b******s.

"Let’s support them. You’re not Englishmen. You’re an embarrassment to your country."

But the jeering continued on Sunday night at the Riverside Stadium before being drowned out by a wave of applause.

Southgate said: "We feel, more than ever, we are determined to take the knee throughout the tournament.

“We accept there might be an adverse reaction but we’re going to ignore it and move forward.

"We are all trying to move towards equality — and support our team-mates because of some of the experiences they’ve been through — but people decided to boo.

“The players are sick of talking about all the consequences of should they, shouldn’t they.

“They’ve had enough really. And as far as I’m concerned, they are not going to take any more questions on this through the tournament. If it happens, it happens.

“Their voices have been made loud and clear. They are making their stand — but they want the focus to be on football.”

But Conservative Member of Parliament Lee Anderson said he would boycott England if they continued their protests.

The Ashfield, Nottinghamshire MP said: "For the first time in my life I will not be watching my beloved England team whilst they are supporting a political movement whose core principles aim to undermine our very way of life."