Las Vegas is going to love the Raiders regardless of whether they can go to the games. They support UNLV basketball in a big way. They rallied behind the NHL’s Vegas Golden Knights. It’s a good sports town.

But it’s a lot easier to get behind a winner. Maybe the Las Vegas Raiders are finally turning that corner.

The Raiders had a historic win on Monday night. It was their first game ever in Las Vegas, the first one at new $2 billion Allegiant Stadium, and they upset the New Orleans Saints 34-24. The Raiders fell behind 10-0 early, then completely outplayed the Saints the rest of the way.

For all the jokes about Jon Gruden and his big contract since he came out of the “Monday Night Football” booth, this was his crowning moment of his second stint with the Raiders.

27 Sep 1998:Head coach Jon Gruden of the Oakland Raiders looks on during the game against the Dallas Cowboys at the Texas Stadium in Irving, Texas. The Raiders defeated the Cowboys 13-10. Mandatory Credit: Todd Warshaw/Allsport

17 Oct 1999: Jon Grudenof the Oakland Raiders talks to quarterback Rich Gannon #12 on the sidelines during the game against the Buffalo Bills at the Ralph Wilson Stadium in Orchard Park, New York. The Raiders defeated the Bills 20-14. Mandatory Credit: Rick Stewart/Allsport

ALAMEDA, UNITED STATES:Former San Francisco 49ers wide-receiver Jerry Rice (L) responds to questions after being introduced as a new Oakland Raider by head coach Jon Gruden 05 June 2001 at the Raiders facility in Alameda, California. The 12-Time Pro Bowler, and 2-Time NFL Player of the Year signed with the Raiders after 16 seasons with the 49ers. Rice told the media that he looks good in Silver and Black.AFP PHOTO / John G. MABANGLO (Photo credit should read JOHN G. MABANGLO/AFP/Getty Images)

With Oakland Raiders’ quarterback Rich Gannon (12) beside him, Raiders’ head coach Jon Gruden smiles after the Raiders Tim Brown returned a punt 88-yards for a touchdown against the Kansas City Chiefs in the third quarter of their game at the Network Associates Coliseum in Oakland, California, on December 9, 2001. The Raiders defeated the Chiefs by a score of 28-26. REUTERS/Susan Ragan LD

Jon Gruden celebrates as he is introduced as the new head coach of the Tampa Bay Buccaneers at a press conference, Tampa, Florida, February 20, 2002.At 38, Gruden agreed to a five-year 17.5 million dollar deal and is the youngest coach in the NFL. (Photo by Peter Muhly/AFP/Getty Images)

TAMPA, FL – DEC 18: MNF announcer and former Tampa Bay Buccaneers Super Bowl winning head coach Jon Gruden speaks to the fans as he is Inducted into the Buccaneers Ring of Honor during the regular season game between the Atlanta Falcons and the Tampa Bay Buccaneers on December 18, 2017 at Raymond James Stadium in Tampa, Florida. (Photo by Cliff Welch/Icon Sportswire via Getty Images)

This whole season was a challenge for Gruden. A relocation is hard enough. Doing a first season in a new market in the middle of a pandemic is something completely different. There’s no playbook for it.

The Raiders have been accumulating young, talented players with some good draft picks. It didn’t hurt to hit on tight end Darren Waller when they took a chance on him. Waller was the best player on the field Monday night, and that’s saying something. The Saints have a lot of stars.

Las Vegas started its season going to the Carolina Panthers and winning 34-30. The Panthers aren’t very good, but that’s not a game the Raiders have won too often the past couple decades, going east to play an early game. They got it done though.

Even more rare for the Raiders since Gruden’s first stint as coach is beating a team as good as the Saints. The Saints are Super Bowl contenders. They were 1-0 with a win over the Tampa Bay Buccaneers in Week 1.

And even though there wasn’t a fan in the Raiders’ new stadium, Gruden had his team ready for the moment. 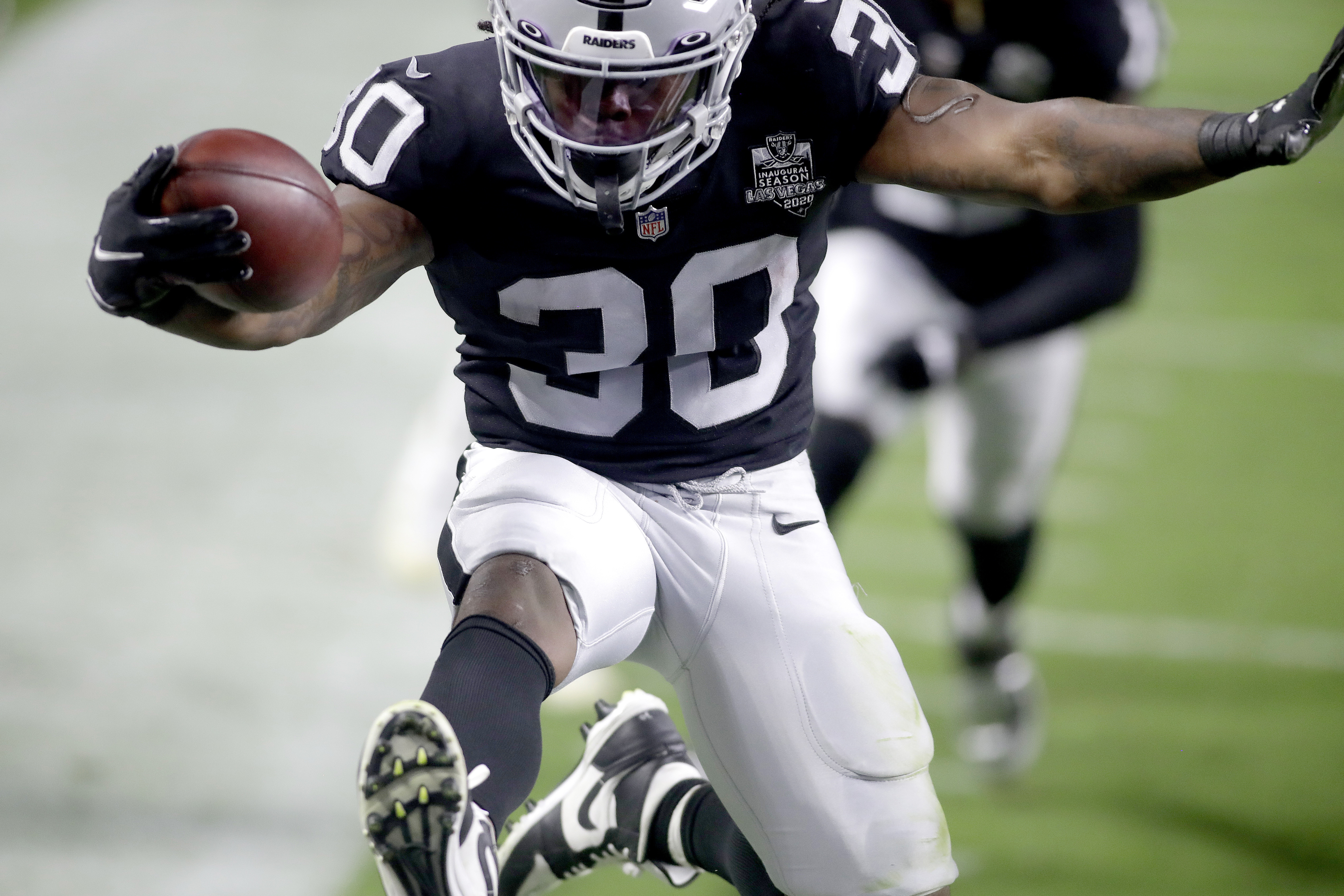 Can Raiders keep it going?

The Raiders had a good stretch last season, too, then ran out of gas and finished 7-9.

For Gruden to really get over the hump, he’ll have to keep the momentum going. This Raiders team might be able to do that. Derek Carr isn’t as bad as his detractors say. He had a very good night on Monday, outplaying Drew Brees. Carr threw for three touchdowns and no interceptions. Waller was remarkable, Josh Jacobs is an exciting running back who should be an immediate fan favorite in Las Vegas, and young wideouts Henry Ruggs III and Bryan Edwards will get better. The defense has some high picks and while it needs to improve, at least it’s doing so as the offense puts up points.

The Saints made a run. They scored late in the fourth quarter to cut the Raiders’ lead to 31-24. The Raiders had a critical third down right before the two-minute warning. They took a shot, sending Ruggs deep. Saints cornerback Janoris Jenkins grabbed Ruggs’ arm after he was beat, pass interference called and the Raiders had a huge first down. Then with a little more than a minute to go, Gruden rolled the dice — Vegas pun intended — and sent Daniel Carlson out for a 54-yard field goal. Carlson drilled it to ice the game.

The Raiders could have hung their heads early on, or folded late. When New Orleans took that 10-0 lead early, it looked like a familiar Raiders story. But this might be a new era in more than one way.