MAURICIO POCHETTINO is confident Kylian Mbappe will remain a Paris Saint-Germain player this summer following talks between the pair.

That’s despite leaked footage showing the striker looking isolated from his teammates at training on Thursday. 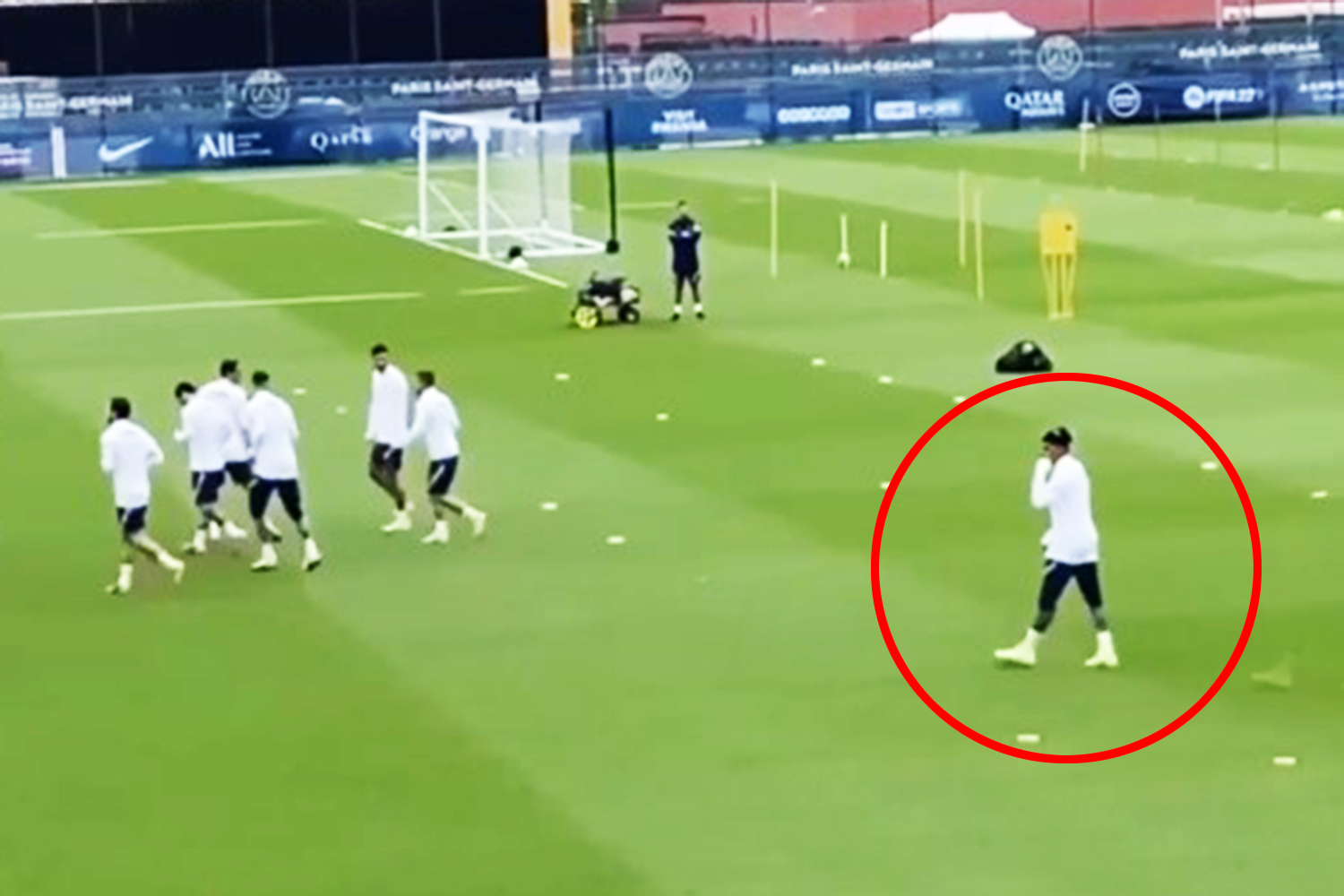 Mbappe, 22, is a reported big-money target for Real Madrid.

The World Cup winner has just one year left on his Parc des Princes deal.

And it’s believed Mbappe is eager to move to Spain after four full seasons in the French capital.

The cohesive unit laughed and jokds with each other as they began running.

And seconds later Mbappe emerged into view, trudging along by himself at a slow pace and showing little desire to catch up with his colleagues.

The forward’s body language could suggest he is no longer content with remaining at PSG, despite their epic transfer window which included the free signing of Lionel Messi.

However, boss Pochettino claims he has spoken to Mbappe about the upcoming campaign.

And Poch is confident his young talent is committed to PSG’s cause for at least one more year.

The former Spurs boss said: “I think Mbappe is in very good spirits. He is really motivated to have a good season.

He is a PSG player, he is happy with us

“What we are thinking, as I have been saying, is that Kylian is our player and I do not see that he is not here in the season that we started a couple of weeks ago.

“The truth is that I like this period (of the transfer window still being open, that I take it with humour, being positive. This period is part of football.

“There are things that are said and spoken, from experience – some things may or may not be true, but many are not.

“The important thing is that he is calm, the club knows what they are going to do. We know that Kylian is our player, he is calm and preparing for tomorrow's game (away at Brest).

“My conversation with Kylian is always all about football, about what he has to do the next day.

“He has one more year of his contract and if not he renews.