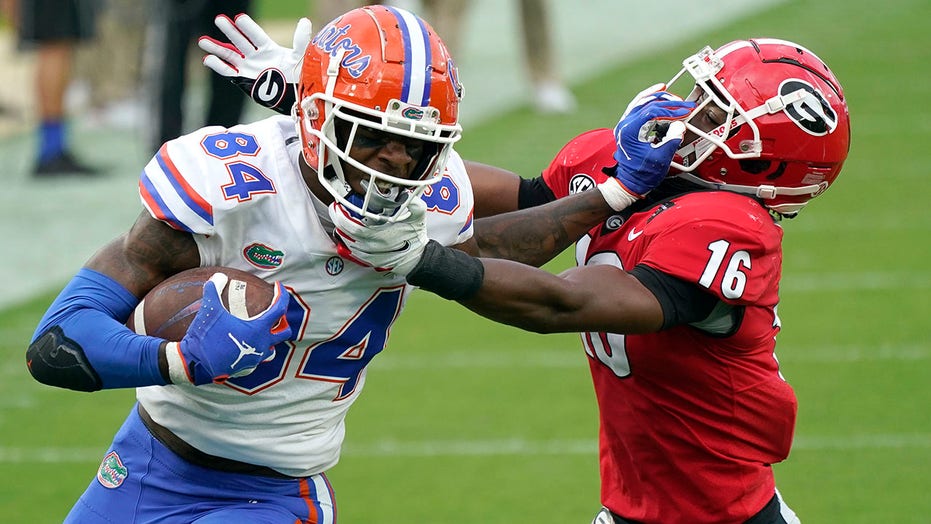 The Atlanta Falcons’ selection of tight end Kyle Pitts with the No. 4 pick of the NFL Draft on Thursday night made history.

Pitts became the highest-drafted tight end in NFL history. The honor previously belonged to Riley Odoms in 1972 and Mike Ditka in 1961. Both were drafted with the fifth selection in their respective drafts.

The Denver Broncos drafted Odoms and he played his entire career with the team from 1972 to 1983. Odoms played in 153 games and recorded 396 catches for 5,755 yards and 41 touchdowns. He was a four-time Pro Bowler and a two-time All-Pro.

The Chicago Bears selected Ditka and he played six seasons with them. He also played for the Philadelphia Eagles and Dallas Cowboys before retiring after the 1972 season. In 158 games, he recorded 427 catches for 5,812 yards and 43 touchdowns.

Ditka was a Super Bowl champion with the Cowboys, a five-time Pro Bowler and two-time All-Pro. Inducted into the Hall of Fame in 1988, Ditka also won a Super Bowl as the head coach of the Bears in 1986.

The Atlanta-bound Pitts appears to be in some good company.

The former Florida standout played in eight games in 2020. He had 43 catches for 12 touchdowns and was arguably the top offensive weapon other than Trevor Lawrence coming out of college.

Pitts will join an offense led by Matt Ryan. Atlanta’s offense was ranked 16th in points scored and 18th in yards gained despite going 4-12.