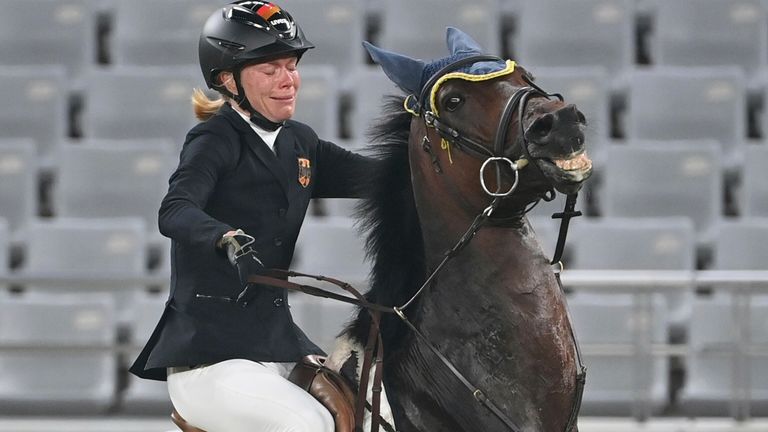 A German modern pentathlon coach has been thrown out of the Tokyo Olympics for punching a horse during competition.

Kim Raisner was trying to assist German Annika Schleu as she battled to control Saint Boy ahead of her show jumping round in the women’s event on Friday.

Athletes are given only 20 minutes to bond with an unfamiliar horse before their round and Schleu, who had been leading the field, was in tears as she came into the ring.

Saint Boy, who had already proven a tricky ride for his first athlete, bucked and refused to trot around the course, with a number of people on social media raising concerns about the way Schleu and Raisner were treating the horse.

The world governing body for modern pentathlon, the UIPM, acknowledged those concerns ahead of the men’s event on Saturday and then issued a statement revealing Raisner’s punishment.

The statement read: “The UIPM Executive Board (EB) has given a black card to the Germany team coach Kim Raisner, disqualifying her from the remainder of the Tokyo 2020 Olympic Games.

“The EB reviewed video footage that showed Ms Raisner appearing to strike the horse Saint Boy, ridden by Annika Schleu, with her fist during the riding discipline of the women’s modern pentathlon competition.

“Her actions were deemed to be in violation of the UIPM competition rules, which are applied to all recognised modern pentathlon competitions including the Olympic Games.

“The EB decision was made today at the Tokyo Stadium before the resumption of the men’s modern pentathlon competition.”

Raisner is a former modern pentathlete who competed at the 2004 Olympics in Athens. 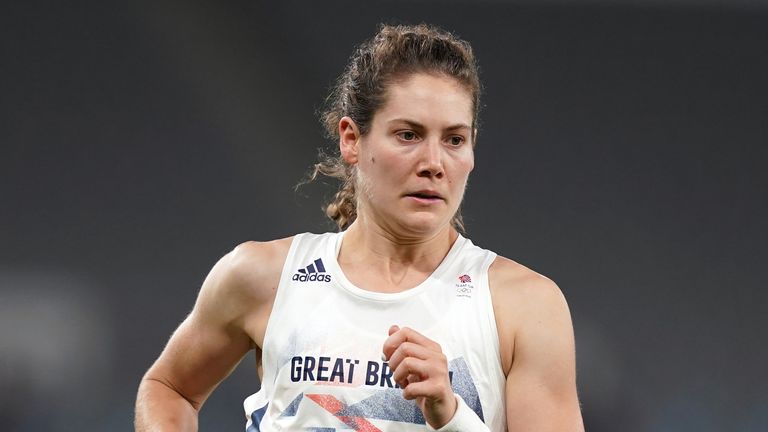 She became only Britain’s second Olympic champion in the event after 2000 champion Stephanie Cook.

The 2016 Rio Games were the first Olympics since the women’s event was introduced in 2000 that Britain had not won a medal, but French made up for that in spectacular fashion, keeping her cool superbly in the final run-and-shoot.

French, from Kent, began the last event in fifth but surged into the lead by the end of the first lap and never looked like letting that go, hitting her targets with her laser gun impeccably, missing just two of her 22 shots.

She follows in the footsteps of Cook, who was the first female Olympic champion in Sydney, while Kate Allenby, Georgina Harland, Heather Fell and Samantha Murray have all won medals for Britain.