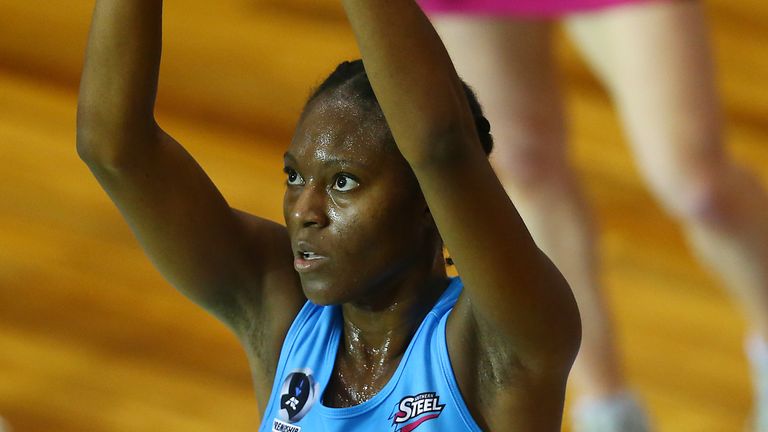 Kalifa McCollin discusses her move to New Zealand, the Black Lives Matter movement, and what the Southern Steel franchise means to her.

For as long as she can remember, the sport of netball has been part of McCollin’s life. Both her parents are coaches and she started playing the sport at the tender age of just six.

Her rise from being a social player to an elite one was a swift one. At the age of 12, she was selected to represent the national U16 team in Trinidad and Tobago. An U21 World Youth Cup followed, and she made her international debut at the age of 17 against South Africa.

Netball fans who follow the Vitality Netball Superleague in England will know McCollin from her time with Celtic Dragons and her performances at the Netball World Cup in Liverpool.

McCollin lives her sporting life with the motto, ‘Netball is art, the court is my canvas’ – and her natural flair is something she’s keen to put on court in New Zealand.

ANZ Premiership netball has been in the shooter’s sights for a long time, but her move from Dragons to the Steel happened incredibly quickly, and via a very modern platform.

“After the last season in the UK, I got a message on Facebook from someone saying that I was going to receive a call from the Southern Steel’s head coach [Reinga Bloxham] to discuss an opportunity,” she said.

“An hour after that, I got a call from Reinga and we discussed her expectations, what I would find if I went over to the Steel, and everything like that. I think we got on quite nicely… I ended up signing a contract and now I’m here.” 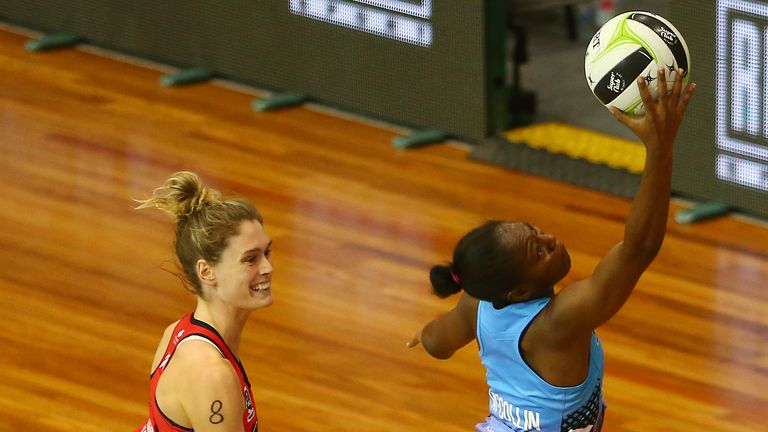 New Zealand was always a place that I wanted to go to and play netball. Growing up, I loved the style of netball that they play – it’s physical, fast and I really enjoyed it. When this opportunity came up, I just thought that it’s something I’ve always wanted to do, so I should just go out there and do it!

The start of McCollin’s time with the Steel was similar to any other player’s experience of joining a new team, and she remembers her first training session like it was yesterday.

“After the session, I was puffed out! I realised what a step up it was but within two weeks, I knew what to expect going into every session.

“The environment is pretty cool; the girls are always encouraging you on and spurring you on. That’s really nice. I’ve been enjoying the tough sessions and all of the tough times.”

Putting in the hard yards is something McCollin has always done. It was something that her parents Heston and Althea McCollin taught her. When she lived at home, the two netball coaches would wake her up early in order to go and put up shots. Her advice to young netballers on the Steel’s website is to remember that ‘extras are your friend’.

“Always do the extras, always put yourself into your performance and leave everything out there on court. That’s the type of team that we are.”

After an absolutely pit yesterday, I was able to pull myself out and get the job done. Grateful for the win – it’s only upwards from here. We put out a good team performance and treasured the ball‼️ #RealSteel pic.twitter.com/Z1NNAfOcKv

McCollin went to New Zealand with the objective of ‘growing’ as an athlete – she wants to learn from every moment. With Georgia Heffernan and Jennifer O’Connell both gaining season-ending injuries, her role within the Steel’s shooting end has just become even more pronounced.

When O’Connell was fit, she’d often take the lion’s share of the opportunities at goal. Now McCollin must embrace the workload and help guide younger players.

Beko league player Grace Namana and training partner Kiana Pelasio both joined her in the Steel’s second Round Five encounter and while they establish themselves and shake off any ANZ Premiership nerves, McCollin must be a rock for her outfit.

“One of our main words is ‘heart’. We put our hearts out there and we play with passion, that’s something that we constantly remind ourselves of.

“We’re about family, we’re very close and I think that’s so, so important when you’re trying to build a team. We’re quite humble people as well and appreciate being here.” 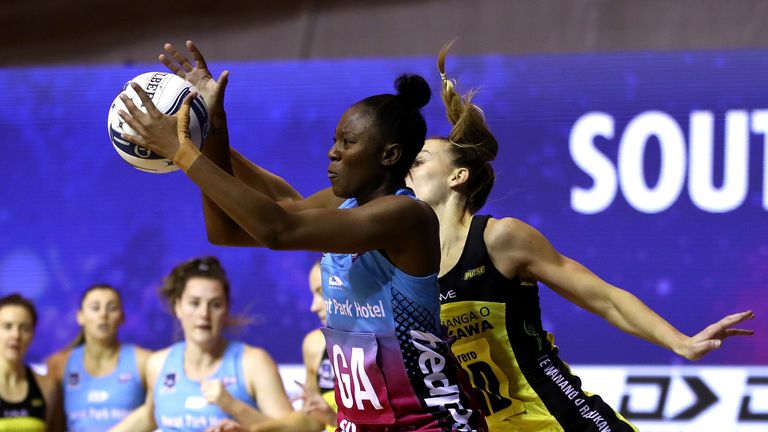 McCollin’s formative months in New Zealand haven’t been all sweetness and light. COVID-19 created an unprecedented situation and then, like everyone, she was affected by the death of George Floyd. In the aftermath and as the Black Lives Matter movement continued, those around her made themselves known, something she was grateful for.

“Just having my friends reach out and connect with me was pretty good. To have them saying, I support you in this was really good and to see everybody being able to come together and be supportive of each other.

“I think that it did spark some conversation. I know that some of the girls in the Superleague were talking a lot on Twitter and I joined in on the conversations. There was dialogue and to hear people’s perspective on things was really good.

“Now you have more people talking about those things. A lot of the time you don’t know what people of colour really go through on a day-to-day basis.

“So, I think it was really good for everybody to be able to speak up and to share those things, so that we can just be a little bit more aware of what’s happening.

“The thing now is what’s next? What do we do next? Yes, we’re posting on Twitter and on Instagram but what are we going to do to actually make a difference?

“What are we going to do that can actually impact the lives of others? That’s a big step that everybody needs to think about.”

Next on a netball court for McCollin and the Steel are back-to-back Round Six matches against the Waikato Bay of Plenty Magic and Tactix.

Training three times a day in pre-season, and having three pre-seasons due to COVID-19’s impact, means that McCollin and those around her have the fitness levels to cope with such a demanding schedule.