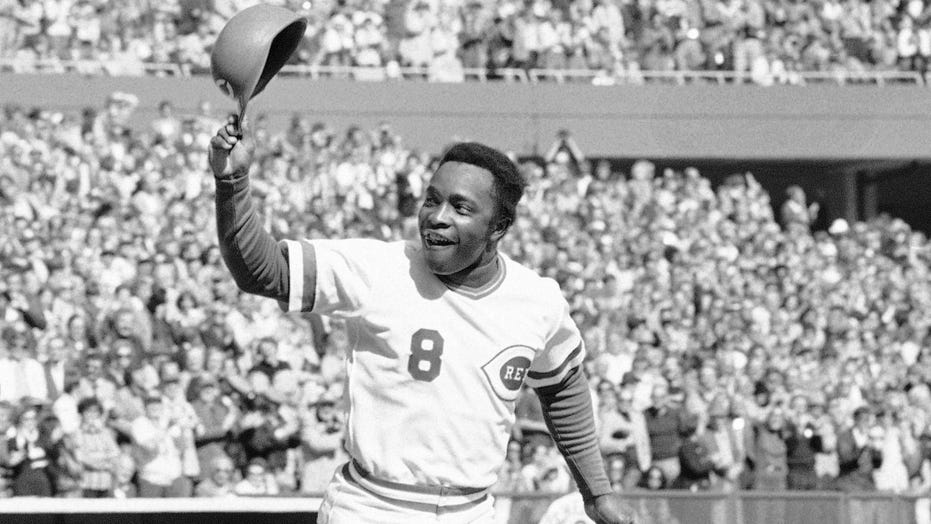 Joe Morgan, the Hall of Fame second baseman who became the sparkplug of the Big Red Machine and the prototype for baseball’s artificial turf era, has died. He was 77.

He died at his home Sunday in Danville, California, family spokesman James Davis said in statement Monday. Morgan was suffering from a nerve condition, a form of polyneuropathy.

Morgan was a two-time NL Most Valuable Player, a 10-time All-Star and won five Gold Gloves. A 5-foot-7 dynamo known for flapping his left elbow at the plate, Little Joe could hit a home run, steal a base and disrupt any game with his daring.

Most of all, he completed Cincinnati’s two-time World Series championship team, driving a club featuring the likes of Pete Rose, Johnny Bench and Tony Perez to back-to-back titles. 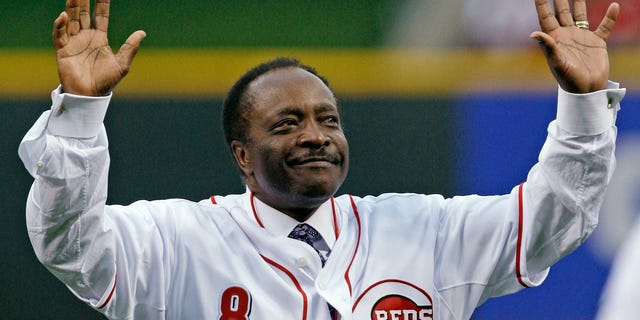 FILE – In this Wednesday, April 7, 2010, file photo, Cincinnati Reds Hall of Fame second baseman Joe Morgan acknowledges the crowd after throwing out a ceremonial first pitch prior to the Reds’ baseball game against the St. Louis Cardinals, in Cincinnati. Hall of Fame second baseman Joe Morgan has died. A family spokesman says he died at his home Sunday, Oct. 11, 2020, in Danville, California. (AP Photo/Al Behrman)

Morgan’s tiebreaking single with two outs in the ninth inning of Game 7 in 1975 gave the Reds the crown in a classic matchup with Boston, and he spurred a four-game sweep of the Yankees the next season.

Morgan was the league’s MVP both years. And his Hall of Fame teammates and manager readily acknowledged he was the one that got it all started.

The smallest cog in the Big Red Machine was its most valuable piece, and easily a first-ballot pick for Cooperstown.

“He was just a good major league player when it didn’t mean anything,” former Reds and Tigers skipper Sparky Anderson once said. “But when it meant something, he was a Hall of Famer.”

Confident and cocky, he also was copied. His habit of flapping his back elbow as a way to keep it high when hitting was imitated by many a Little Leaguer in Cincinnati and beyond.

“Joe wasn’t just the best second baseman in baseball history,” Bench said. “He was the best player I ever saw and one of the best people I’ve ever known.”

Health issues had slowed down Morgan in recent years. Knee surgery forced him to use a cane when he went onto the field at Great American Ball Park before the 2015 All-Star Game and he later needed a bone marrow transplant for an illness. 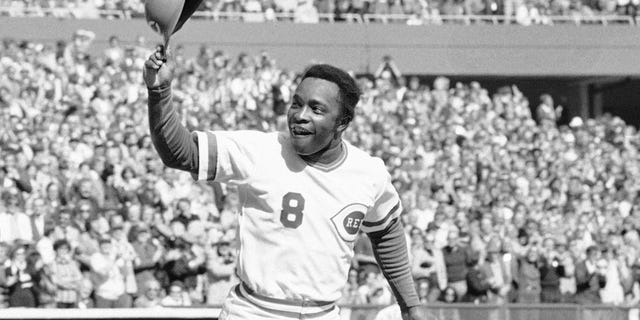 FILE – In this Saturday, Oct. 16, 1976, file photo, Cincinnati second baseman Joe Morgan tips his helmet to the fans as he rounds the bases after a homer in the first inning against the New York Yankees at Riverfront Stadium in Cincinnati. Hall of Fame second baseman Joe Morgan has died. A family spokesman says he died at his home Sunday, Oct. 11, 2020, in Danville, Calif. (AP Photo/File)

In his prime, Morgan helped to revolutionize the game with his quickness and many talents, especially once he hit the turf at Riverfront Stadium.

“Packed unusual power into his extraordinarily quick 150-lb. fireplug frame,” he was praised on his Hall of Fame plaque.

Morgan got his start with Houston in 1963, when the team was called the .45s and still played on grass. Once he became a full-time player in 1965 when the club became the Astros and moved into the Astrodome, he began to provide a glimpse of what speedy, multi-skilled players could do on the new kind of turf.

The Reds had already built a formidable team, but they came up short in 1970, losing to Baltimore in the World Series. Cincinnati made a shocking trade for Morgan after the 1971 season, giving up slugger Lee May and All-Star second baseman Tommy Helms in an eight-player swap.

Morgan turned out to be exactly what the Reds needed to take the next step.

“Joe fit in with the rest of us like the missing link in the puzzle,” Rose once said.

Rose was the dashing singles hitter, on his way to becoming the game’s career hits leader. Bench supplied the power. Perez was the clutch hitter. And Morgan did a bit of everything, slashing hits and stealing bases whenever needed.

Morgan got plenty of chances, too. Skilled at drawing walks, and helped by a small strike zone, he led the NL in on-base percentage in four of his first five years with the Reds, and finished with a career mark of .392.

“That’s when the game went to more speed,” Rose said. “There were guys who did more, but Joe stole bases when everyone at the park knew he would. He didn’t waste steals. He made them count. Joe probably could have stolen more. Lots of guys just steal to run up the numbers, and then they can’t when it counts to win the game. Joe made them count.”

Morgan scored a major league-leading 122 runs in his first season with the Reds and they reached the 1972 World Series, where they lost in seven games to Oakland.

The two championship seasons were his finest, making him the dominant second baseman of his time — many rated him as the greatest ever to play the position.

A series of injuries in the late 1970s diminished Morgan’s production — the years of throwing his body around on the turf had taken a toll. The Reds decided to dismantle the Big Red Machine, prompting Morgan to also leave.

He spent the 1980 season with Houston, helping the Astros to a NL West title. He played two seasons with San Francisco, and later was reunited with Rose and Perez in Philadelphia.

Morgan hit two home runs in the 1983 World Series as the Phillies lost in five games to Baltimore, and tripled in his final at-bat.

Morgan finished as a career .182 hitter in 50 postseason games. He played in 11 different series and batted over .273 in just one of them, a stat that surprises many considering his big-game reputation.

Raised in Oakland, Morgan returned to the Bay Area and played the 1984 season with the Athletics before retiring.

Morgan set the NL record for games played at second, ranked among the career leaders in walks and was an All-Star in every one of his years with the Reds.

After his playing career, he spent years as an announcer for the Reds, Giants and A’s, along with ESPN, NBC, ABC and CBS. He was on the board of the Hall of Fame and the Baseball Assistance Team.

Morgan was inducted into baseball’s Hall of Fame in 1990. The Reds also inducted him into their Hall of Fame and retired his number.

“He did it all, and he did it all the time,” said Bench, the first member of the Big Red Machine to enter the Hall.

Morgan recognized his place on one of baseball’s all-time greatest teams.

″Bench probably had the most raw baseball ability of any of us,” Morgan said before his Hall of Fame induction. “Pete obviously had the most determination to make himself the player he was. Perez was the unsung hero. I guess I was just a guy who could do a lot of things.

He is survived by his wife of 30 years, Theresa; twin daughters Kelly and Ashley; and daughters Lisa and Angela from his first marriage to Gloria Morgan.

Funeral details are not yet set.