JESSE LINGARD hobbled off for West Ham against Newcastle in a major blow for the Hammers' Champions League dreams and potentially England's Euro plans.

The Manchester United loanee had continued his sensational run by scoring for a fifth consecutive game to take his tally to an astounding NINE goals. 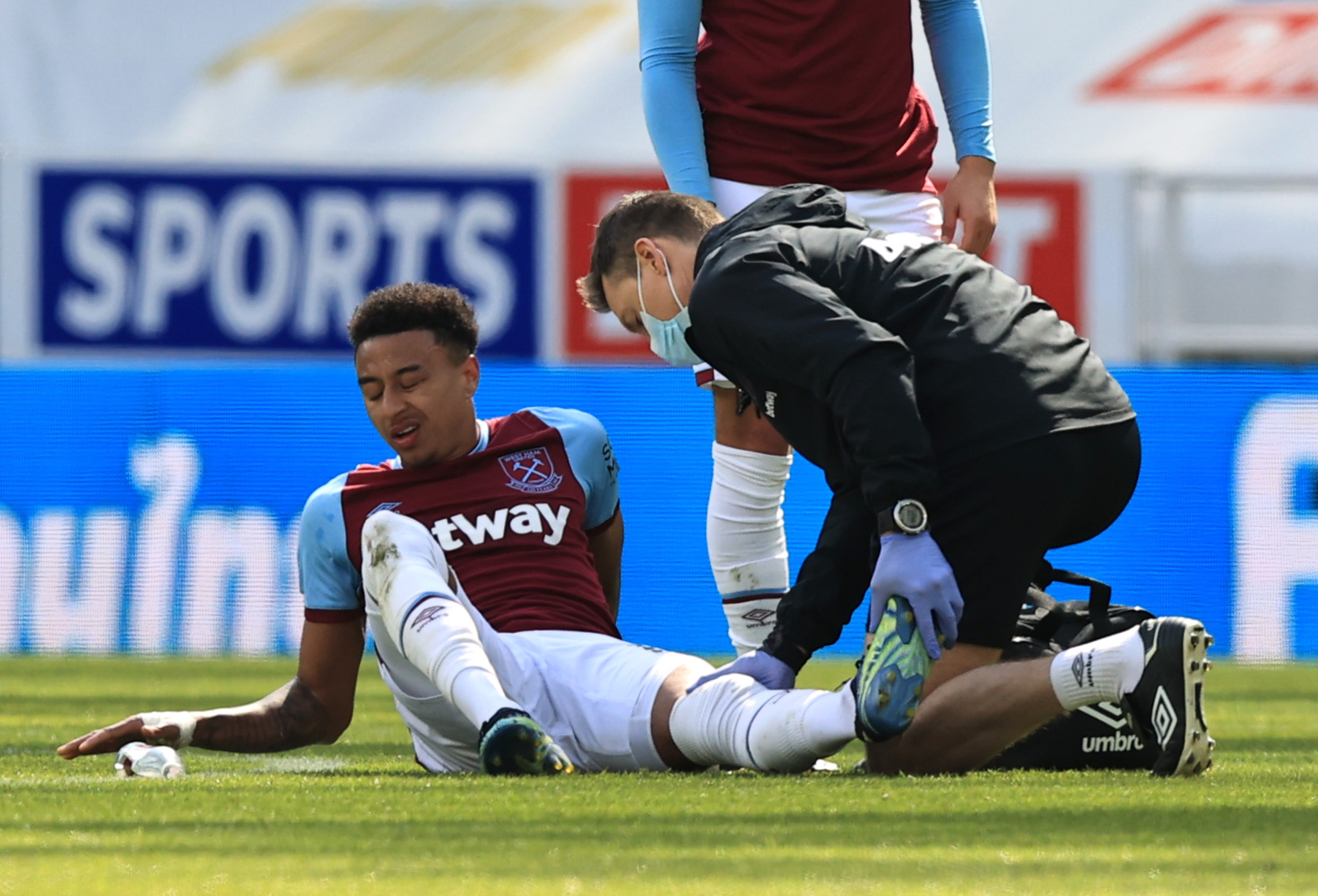 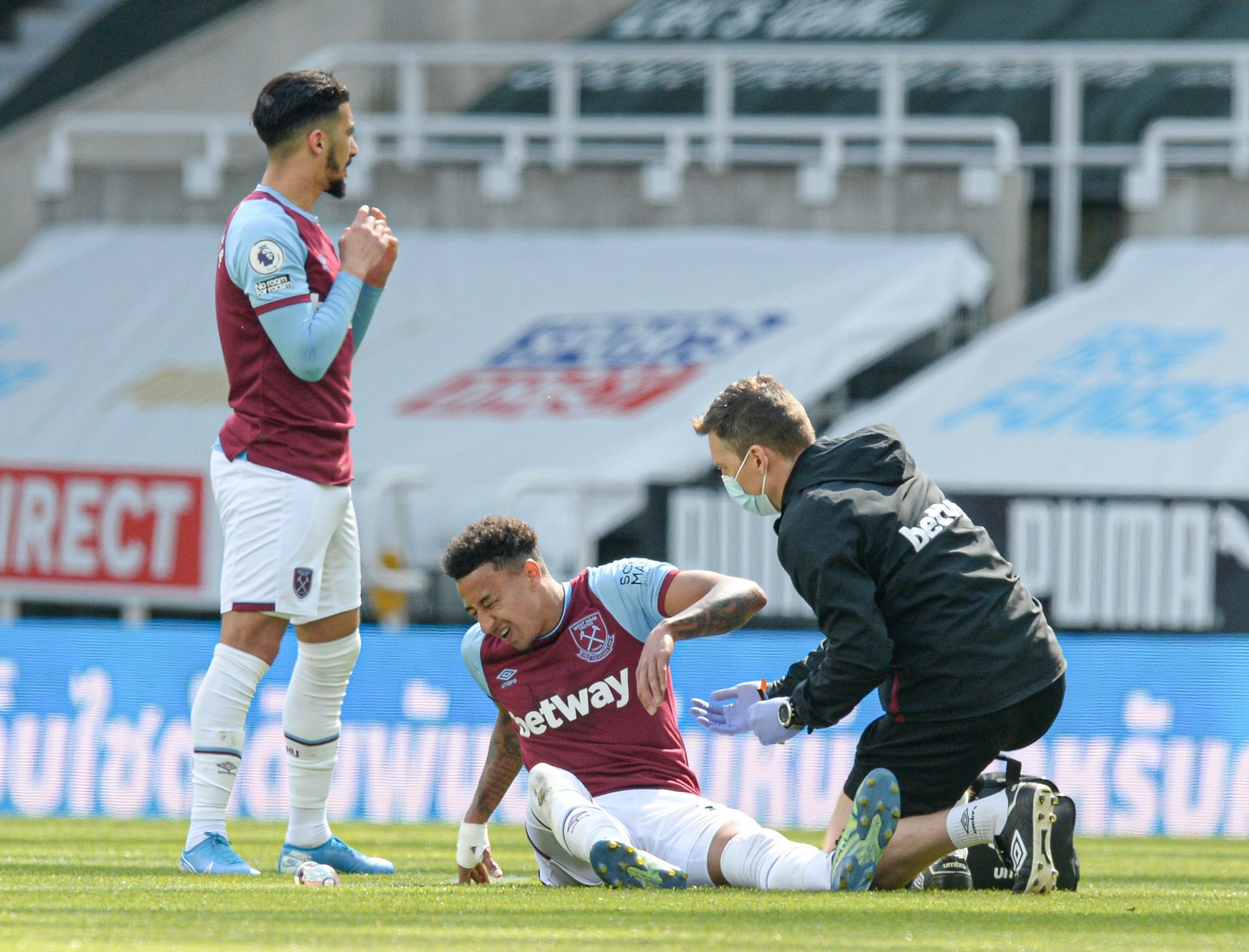 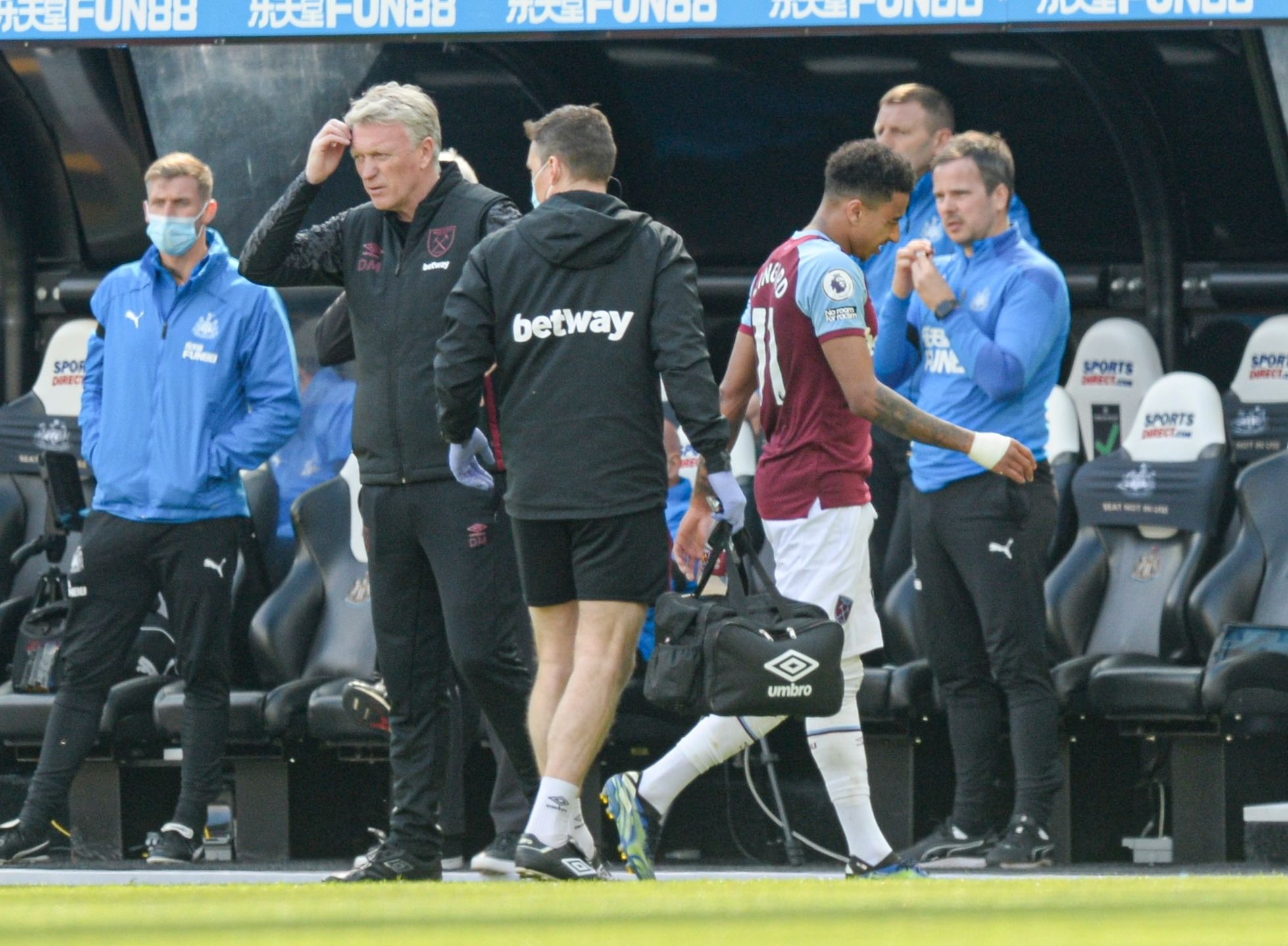 Lingard's ninth strike means he has scored more goals for his new side in just ten games than he has ever managed in a single season for the Red Devils.

But Joe Willock, on loan from Arsenal, scored the winner to ease the pressure on under fire Steve Bruce just two minutes later.

Shortly after, Lingard – who United want back next season after his prolific run -went down needing treatment on what appeared to be a leg injury.

The 28-year-old was unable to continue and was replaced by Manuel Lanzini in the 87th minute.

England midfielder Declan Rice is also nursing a knee injury he picked up on international duty with the Three Lions last month.

Moyes' men found themselves in trouble in the North East as they had Craig Dawson sent off and went 2-0 down all before the break.

Dawson was given his marching orders after picking up a second yellow card in the build-up to the Toon's opener.

Issa Diop's own goal put Newcastle ahead after 36 minutes and the lead was doubled five minutes later when Joelinton took advantage of Lukasz Fabianski's howler to tap in.

Diop scored at the right end to get the Hammers back in the game before Lingard brought the teams level, only for Willock to climb off the bench and head home a crucial winner.

The result sends Newcastle nine points clear of the drop zone but puts a serious dent in the Hammers' top four dreams.

With Chelsea and Leicester both in FA Cup semi-final action this weekend, the East Londoners missed the chance to stake a firm claim for the final Champions League qualifying spot.