A boxing match between Jaime Munguia and Tureano Johnson was stopped in the sixth round Friday night after one of the fighters suffered a nasty laceration on the upper lip.

Johnson sustained the injury in an uppercut from Munguia, who was given the knockout victory when the fight was called off soon afterward. Munguia – the reigning WBO Intercontinental middleweight champion – is now 36-0.

Replay of the punch showed Munguia hit Johnson with a straight jab then a right-hand uppercut.

Some compared the punch to one at a UFC match in December, when Alistair Overeem lost a chunk of his own lip while fighting Jairzinho Rozenstruik. 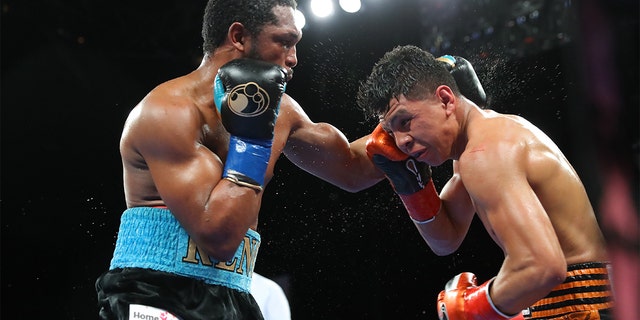 It was Munguia’s first fight since Jan. 11. In that match, he defeated Gary O’Sullivan via a technical knockout. He had three bouts in 2019 – notching wins against Takeshi Inoue, Dennis Hogan and Patrick Allotey.