The duo were both in the stands to watch the Villans' clash with Manchester City in the Premier League. 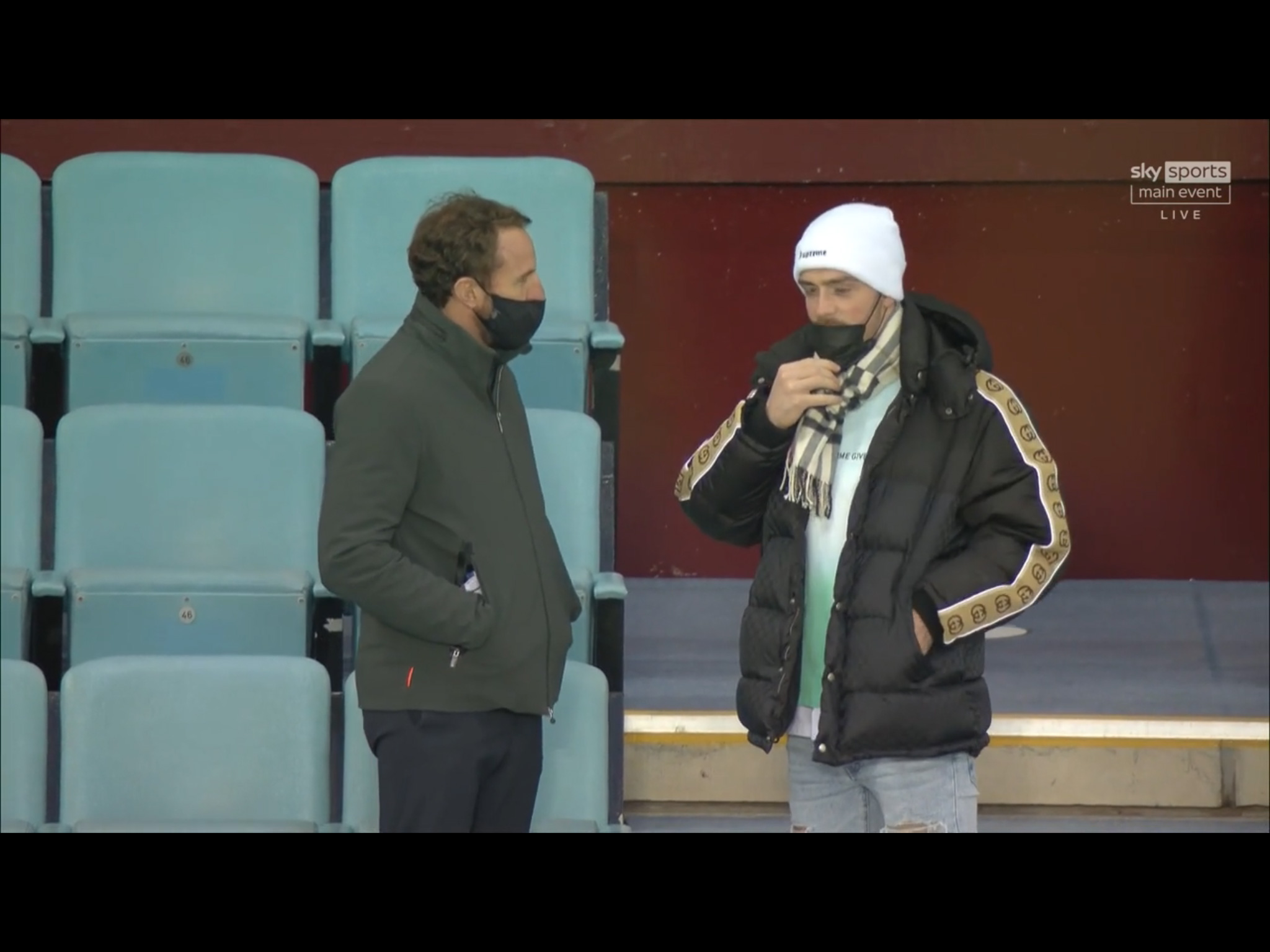 Fans were bewildered by Southgate's previous reluctance to pick Grealish prior to this season.

But the pair appeared thick as thieves as they caught up in the Villa Park posh seats ahead of the home side's 2-1 defeat.

Grealish, 25, is widely tipped to be deserving of a starting spot at Euro 2020 in the summer.

But the Villa skipper faces a battle to be fit, having not played since February 13 after suffering a shin injury.

Southgate, 50, was made to explore other options during the March international break, with Jesse Lingard having made an incredible resurgence.

But Villa boss Dean Smith offered a positive update on Grealish prior to last night's game.

He said: "No, he's not available. He's pain free but, as I said a few weeks ago, we're not going to rush him back.

"I did say it'd be a few weeks before we got him back out again and we're still waiting for him to get back out onto the grass. 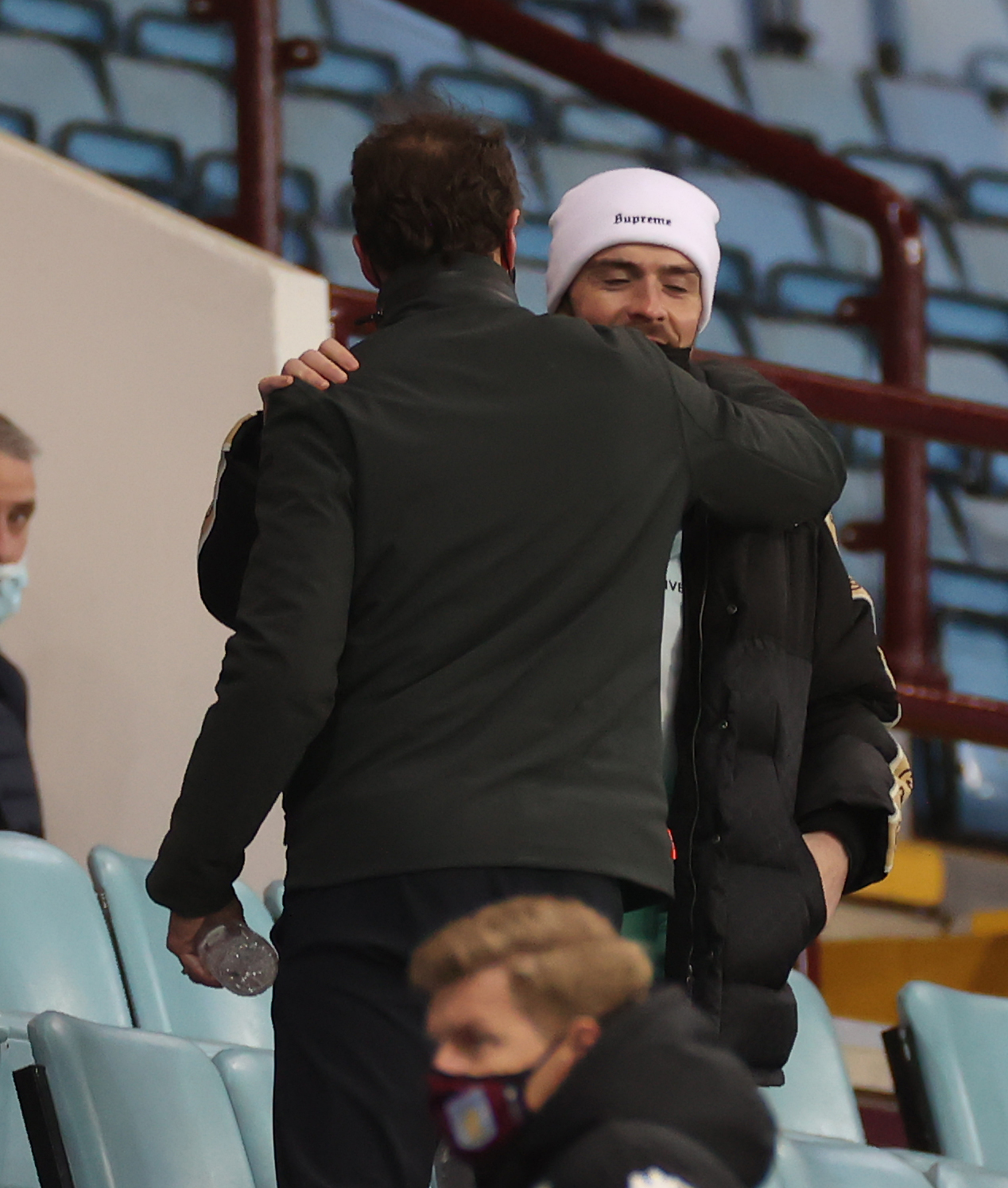 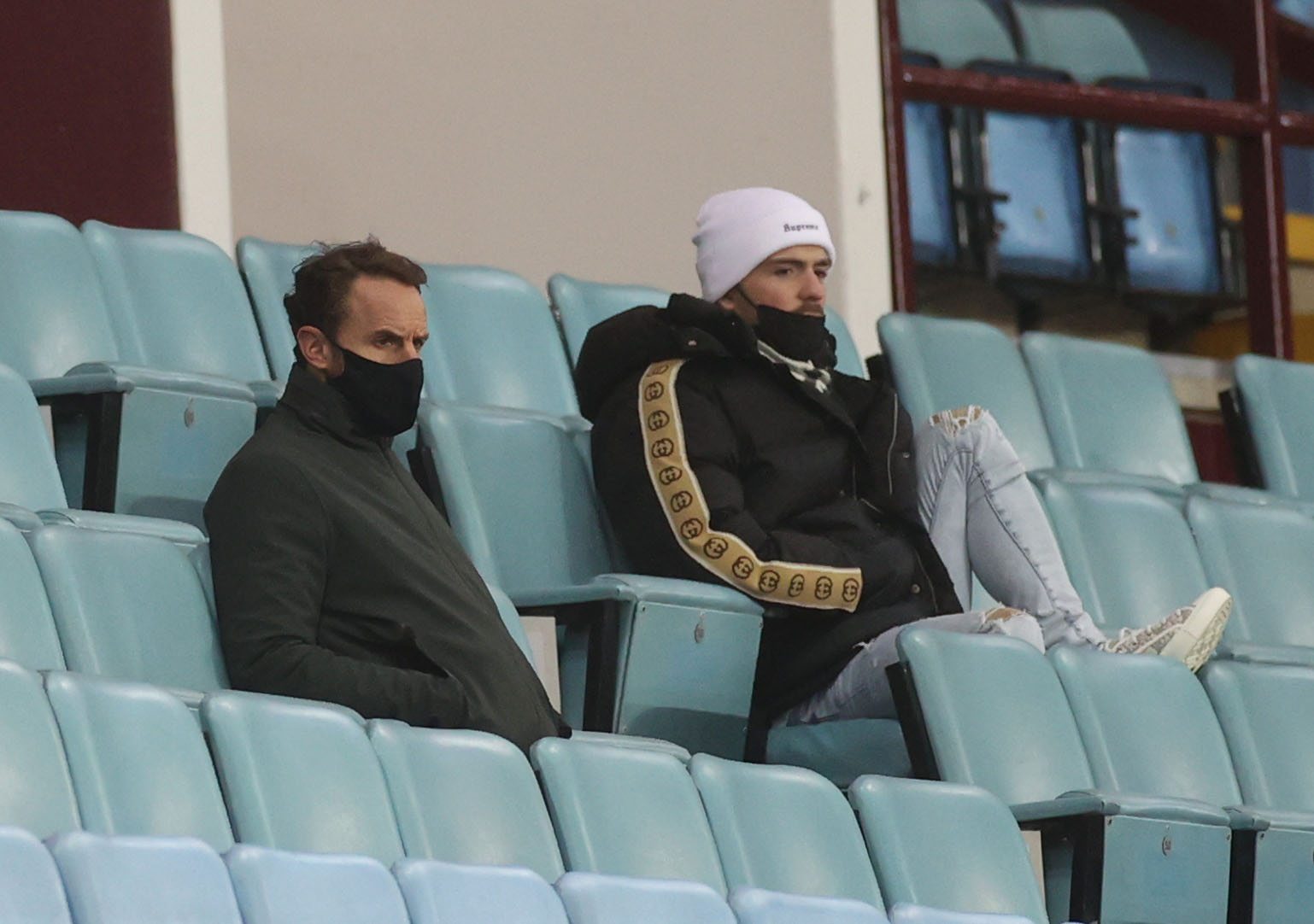 "He’s itching to get in and we want him back."

When fit, Grealish managed an impressive seven goals and 12 assists in all competitions this season.

He has so far been capped five times by England, with fans hoping he can add to that tally in the summer.