Brazilian Costa had promised to dethrone the champion and hand the middleweight king his first loss. 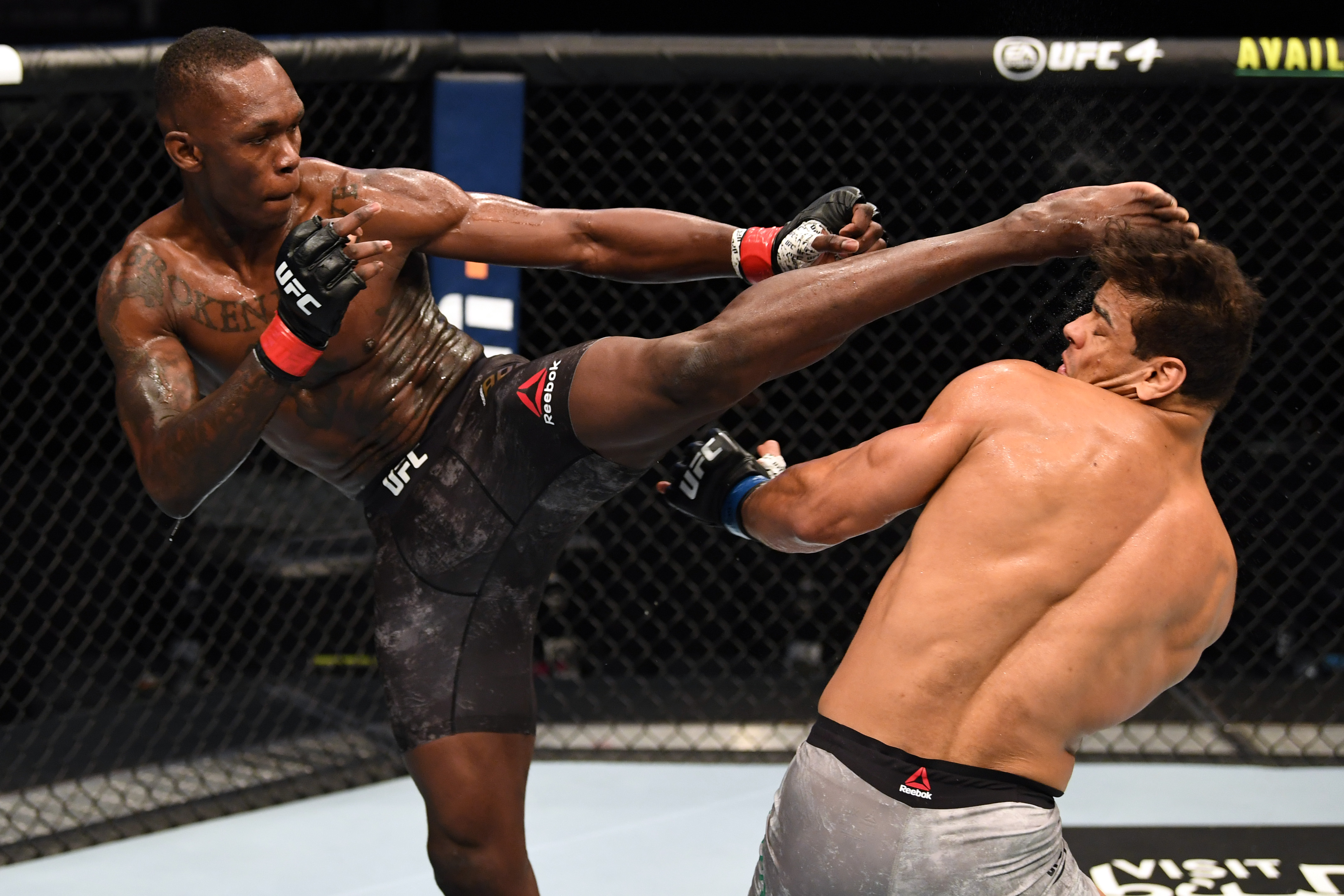 But the challenger fell victim to a masterclass of striking by Adesanya, who picked apart his rival throughout.

The opening round was a cagey affair, with Costa struggling to find his range.

But his calves took a battering as Adesanya fired in lethal leg kicks to nullify any opposing attacks.

In round two, the champion upped his product and began to find home with expert accuracy.

A high kick left Costa wobbled to the point of no recovery.

He remained on his feet and fighting but it only created more openings for Adesanya, who slipped a punch and countered with a left hook.

The glancing blow was enough to put Costa down and Adesanya wasted no time in closing the show with meaningful ground and pound.

He takes his unbeaten record to 20-0 and revealed Jared Cannonier will be his next challenger, should he defeat ex-champ Robert Whittaker next month.