RYAN FRASER rode to Scotland's rescue as he helped Steve Clarke's side avoid a defeat which would have been an absolute Qat-astrophe.

However with just two points on the board from their opening two world cup ties, the Scots are going to have to do it the hard way if they are to make their first World Cup finals since 1998. 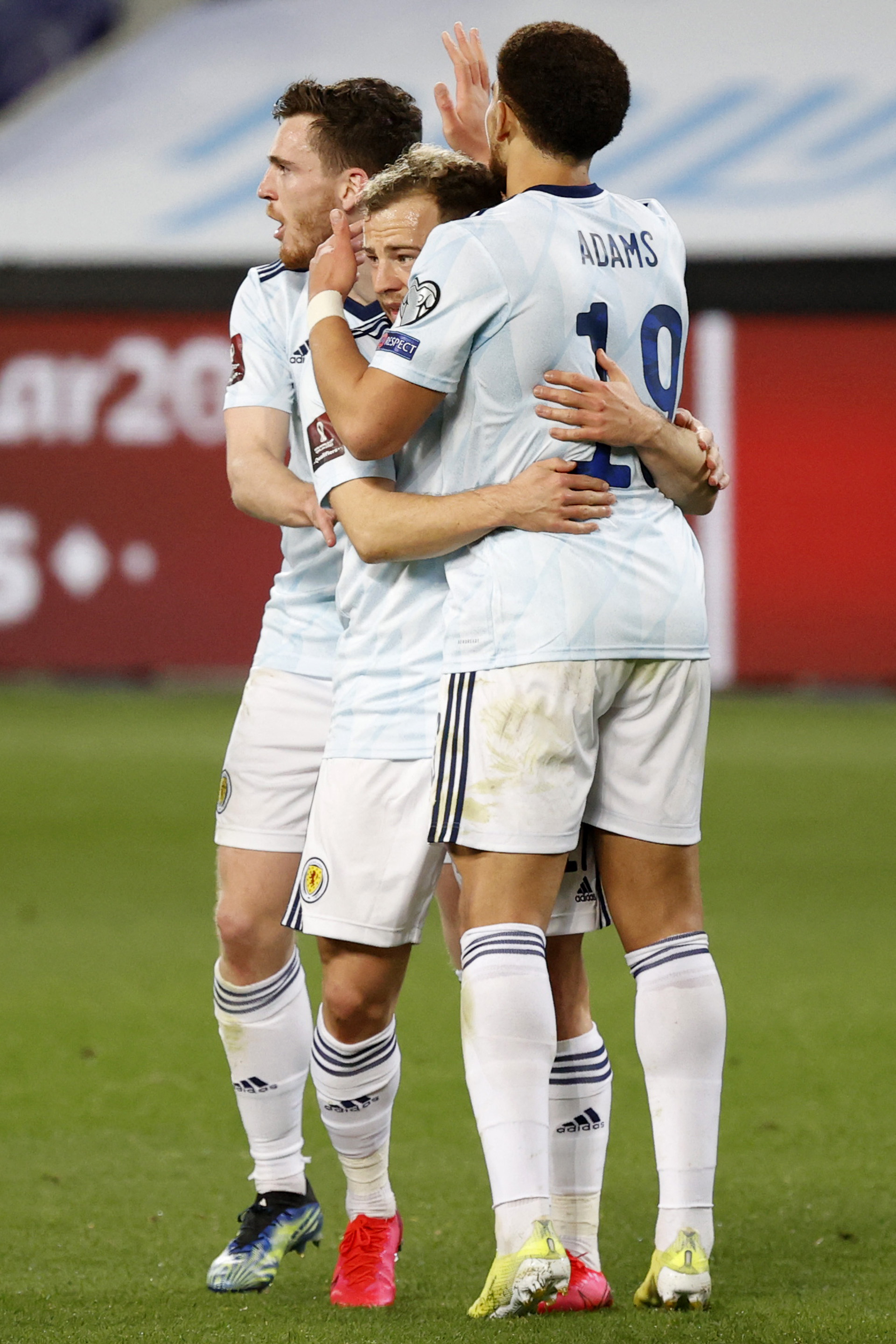 Israel made sure it was Groundhog Day as this pair continued their long-running saga which is in danger of rivalling Gone With The Wind for its durability.

And it looked as if Scotland's qualification hopes were gone with the wind too when a boy called Dor – appeared to slam shut their chances with a goal just before half-time.

However forgotten man Fraser, who has been a bit-part player for Newcastle this season, salvaged a point neither side really wanted if they were honest.

The Magpies winger has now scored in his last two appearances for his country – twice his total for Newcastle this season.

But once again the Scots relied on their battling qualities rather than silky skills to grind out a hard-fought point.

And though they have only played 180 minutes of this World Cup campaign, Clarke's unbeaten side must look on enviously at how England appear capable of winning these type of ties in second gear.

With Denmark smashing in eight goals against Moldova – Scotland at least know what they might need when they face the Faroe Islands at home on Wednesday!

The one excuse Scotland couldn't hide behind in Tel Aviv was not knowing what they were up against.

This was the fourth time these nations have met this season and their sixth tussle in two and a half years. 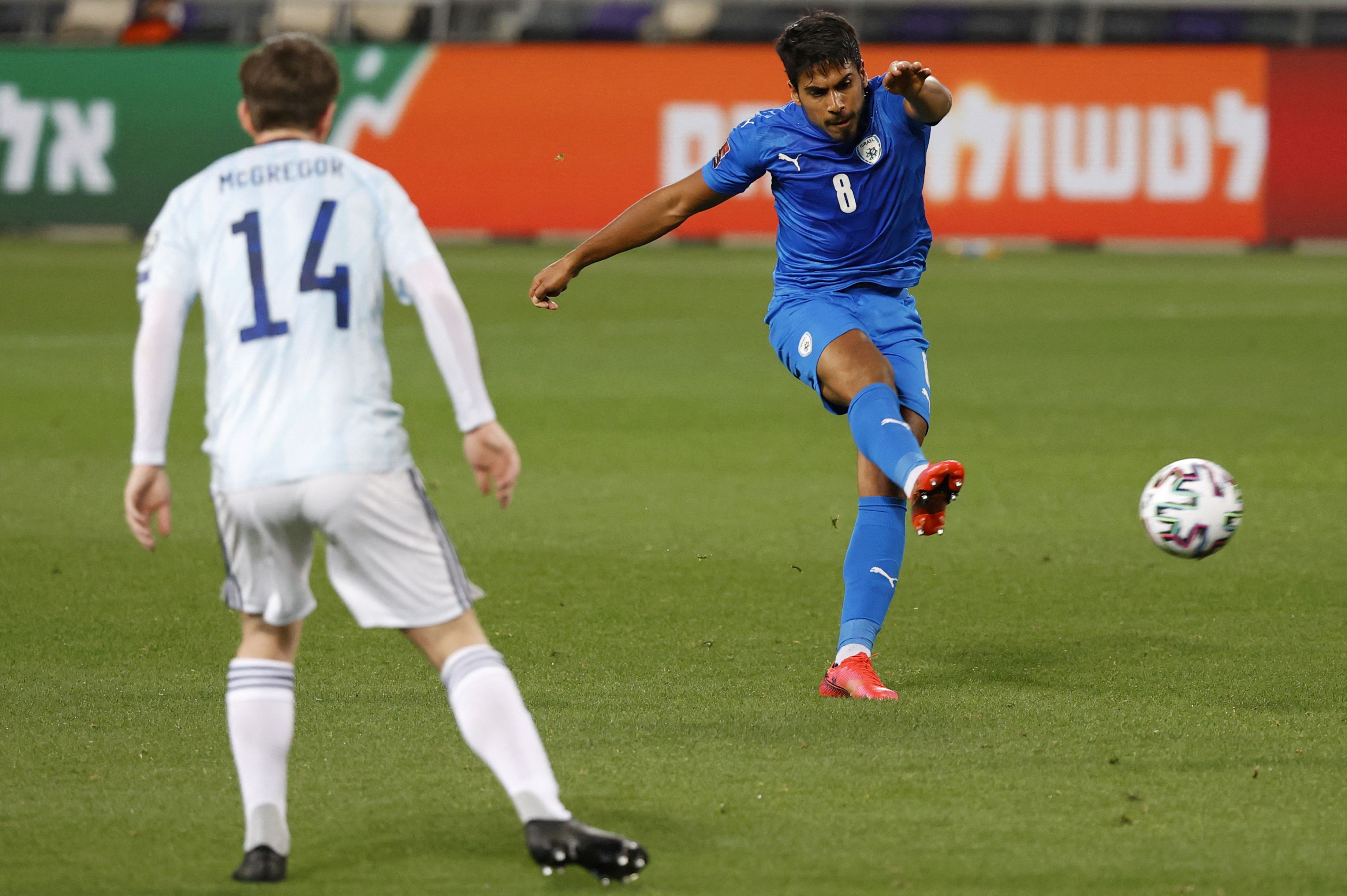 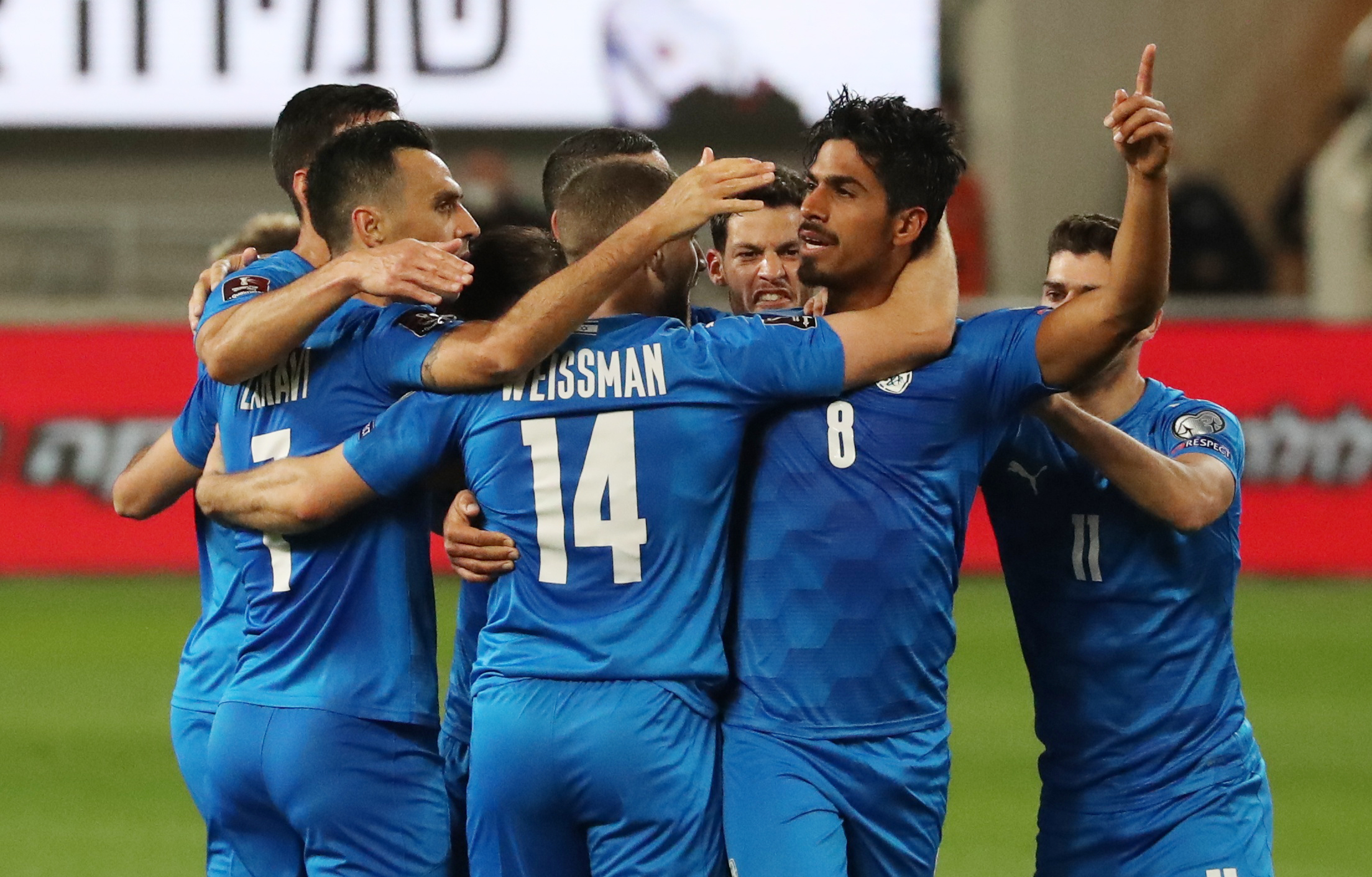 In fact, Steve Clarke's players have had more contact with their Israeli counterparts than their own grandparents in the last seven months.

You sense something strange is afoot when the Israel players are word perfect and join in singing Flower of Scotland during the national anthems!

The same couldn't be said for Leicester-born 'ex- Englishman,' Che Adams who made do with humming along to the parts he's not familiar with yet!

However, the Southampton striker more than made up for that with his contribution to Ryan Fraser's equaliser as he made a big contribution on his first start for Scotland.

Clarke's biggest problem was that familiarity hasn't bred contempt – for one simple reason.

We really aren't any better than Israel – that's why we find it so damned difficult to beat them!

Even Scotland's European Championship play-off win at Hampden in October came after a nerve-shredding penalty shoot-out.

So while Denmark swatted the Israeli's aside with minimum fuss on Thursday, Scotland took the hard road again. 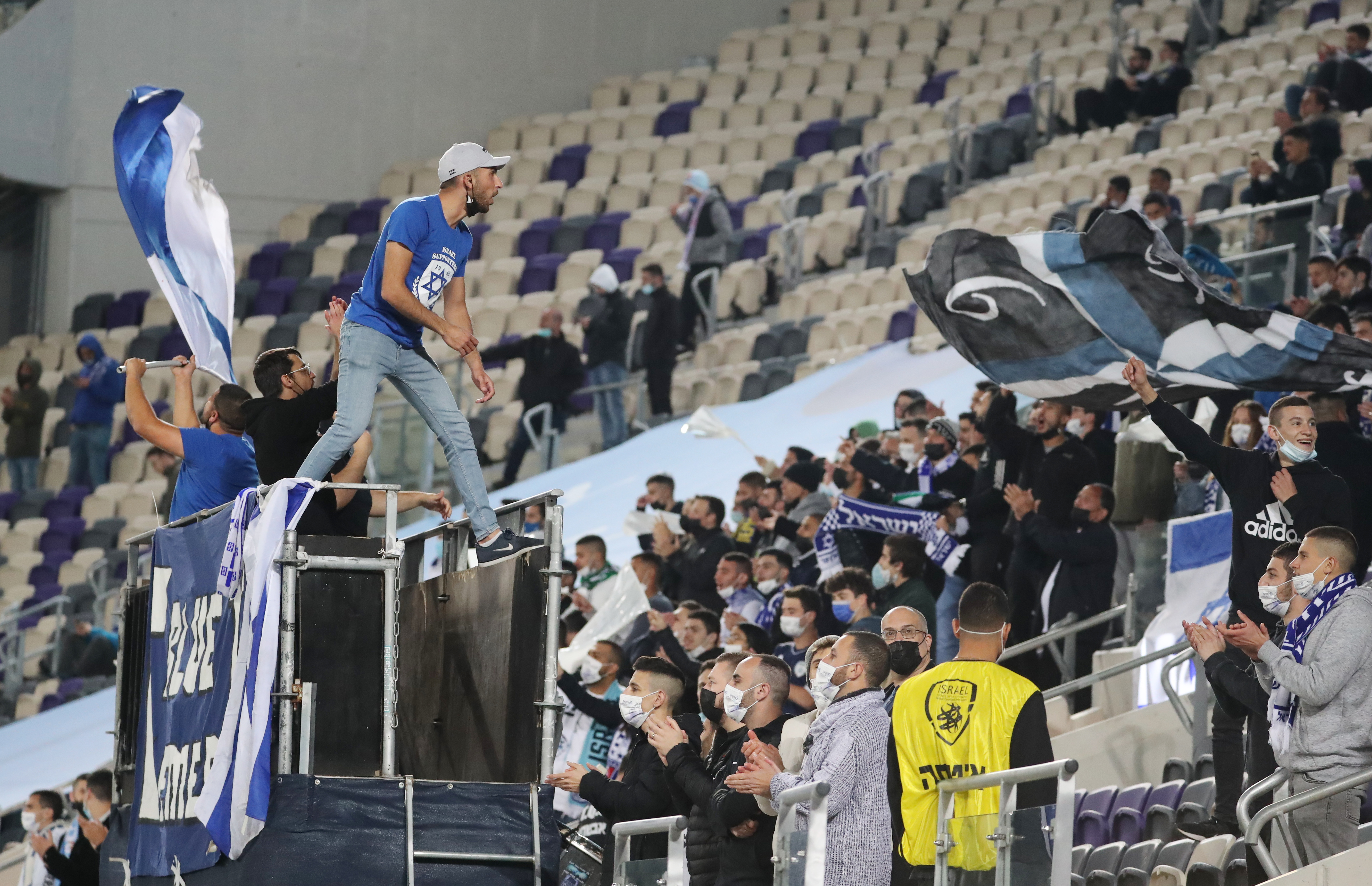 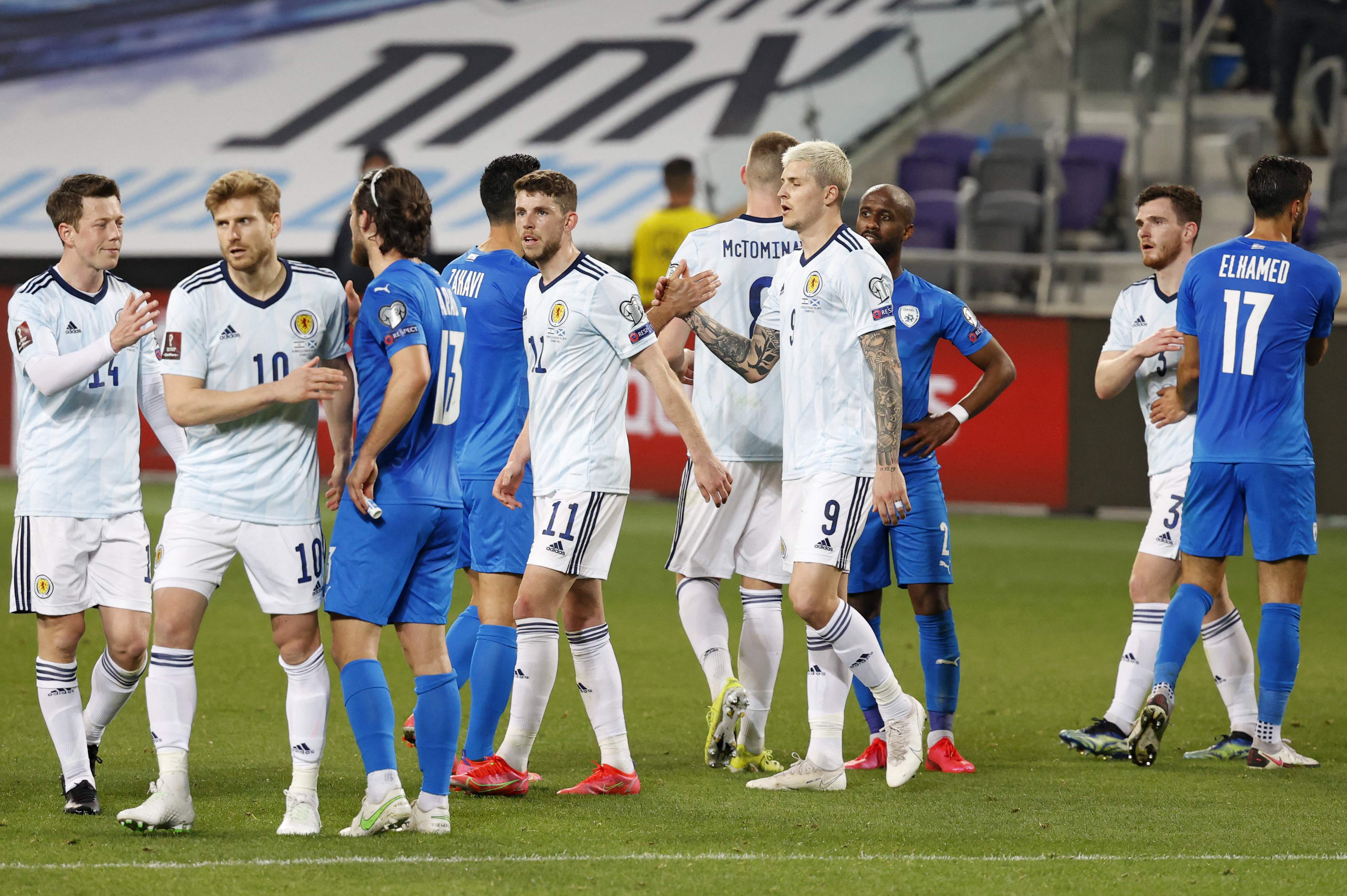 They were a goal down at half-time and thankful for it, as a pumped-up Israel realised a second home defeat would probably signal the end of their qualifying hopes, even at this early stage.

It's all very well Scotland having one of the most dynamic left-back's in the world in the shape of Andy Robertson – and another up their sleeve in Arsenal's Kieran Tierney.

But when they are forced back alongside honest but limited defenders such as Norwich's Grant Hanley, Oostende's Jack Hendry and Motherwell's Stephen O'Donnell, disaster is never far away.

It duly arrived one minute before half-time when Maccabi Tel Aviv's Dor Peretz made a mug of Scotland's penalty-saving Euro hero David Marshall from 25 yards.

Peretz accepted former Celtic defender Hatem Elhamed's pass and had all the time and space he needed to take a steadying first touch before rifling his shot high into the roof of the net, off the underside of the crossbar.

Marshall got both gloves to the ball but seemed startled by the ferocity of the shot and will feel he should have done better.

In truth, the Israelis should have been further ahead but were wasteful in front of goal.

Harry Kane and Co won't be so forgiving at Wembley on June 18 you suspect.

To his credit Clarke was decisive and changed to a back-four at the break, sending on Ryan Christie for his former Celtic teammate Hendry.

The pay-off was swift as Scotland levelled within 11 minutes of the restart.

Adams surged forward before laying the ball off to Fraser, who drilled a low right-footer into the far corner of Ofir Marciano's net.