A JOCKEY who claimed to have 'passed away' after a horror fall has stunned doctors by making a miraculous return to the saddle.

Pedro Terrero said 'my heart stopped beating' after he fell during a race in the US in February 2019. 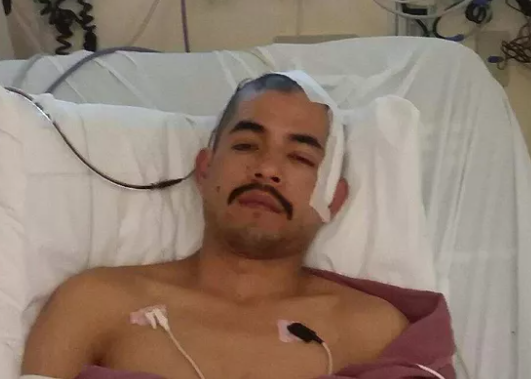 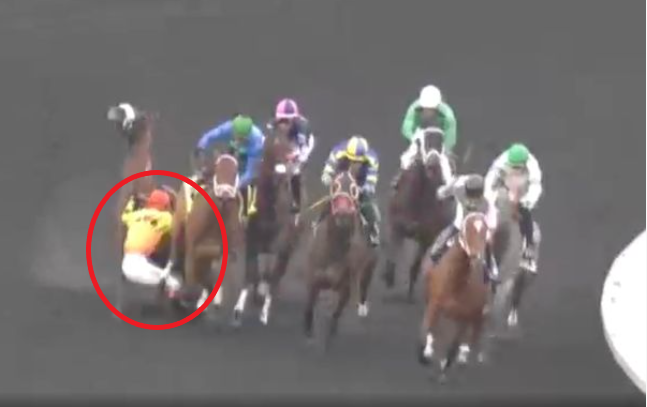 Terrero's mount – a three-year-old filly – clipped heels with another and the jockey was thrown to the ground.

The jockey's horse was fortunately unhurt but in trying to get back to her feet stomped on his head.

Terrero's helmet had become loose in his fall and being struck by the horse resulted in half his brain being covered in blood.

Resuscitated on-track and then rushed to hospital with a massive head injury, the jockey's loved ones were told he had less than five per cent chance of survival.

The dad-of-three, 37, needed a tube inserted into his brain and the left side of his face was paralysed.

Recalling his brush with death, Terrero told Berkeleyside News: "I passed away.

"My heart stopped working. I stopped breathing. I was bleeding from my ears and from my nose."

Docs had to cut into his skull to relieve the pressure on his brain caused by a giant hematoma.

A portion of his skull was temporarily implanted into his stomach and he was told he would never ride again.

SURGERY TO SAVE LIFE

A GoFundMe page was set up to help fund the cost of medical care and a message from the jockey's friend on there read: "Anyone on the track knows what brain injuries mean to a rider."

Incredibly for Terrero it meant a full return to the saddle less than three years on – and his best year yet.

Prior to that he won another title at the Santa Rosa meet at Golden Gate Fields – the site of his fall.

Terrero remembers the moment he woke up from surgery with wife Miriam at his side.

"I said 'yes' with my hand and she cried. She was next to me the whole time."

Terrero worked his way back by standing up, then walking, being a father again and, eventually, thinking about racing.

His rapid progress floored experts and they gave him the thumbs up to get back on a horse.

Now he says there is no fear getting the leg up and thundering down the track at speeds of up to 40mph.

Terrero said: "I felt so happy when I rode that first horse.

Toomey was told by docs he died for seven seconds before making a full return to fitness.

And Isabel Tompsett astounded docs by surviving her awful Fakenham fall in 2011.