JUDE BELLINGHAM and Emile Smith Rowe are in red-hot form with the 2022 Qatar World Cup JUST around the corner.

The winter spectacle gives players the 2021/22 season and some of next term to impress boss Gareth Southgate to secure their place on the plane. 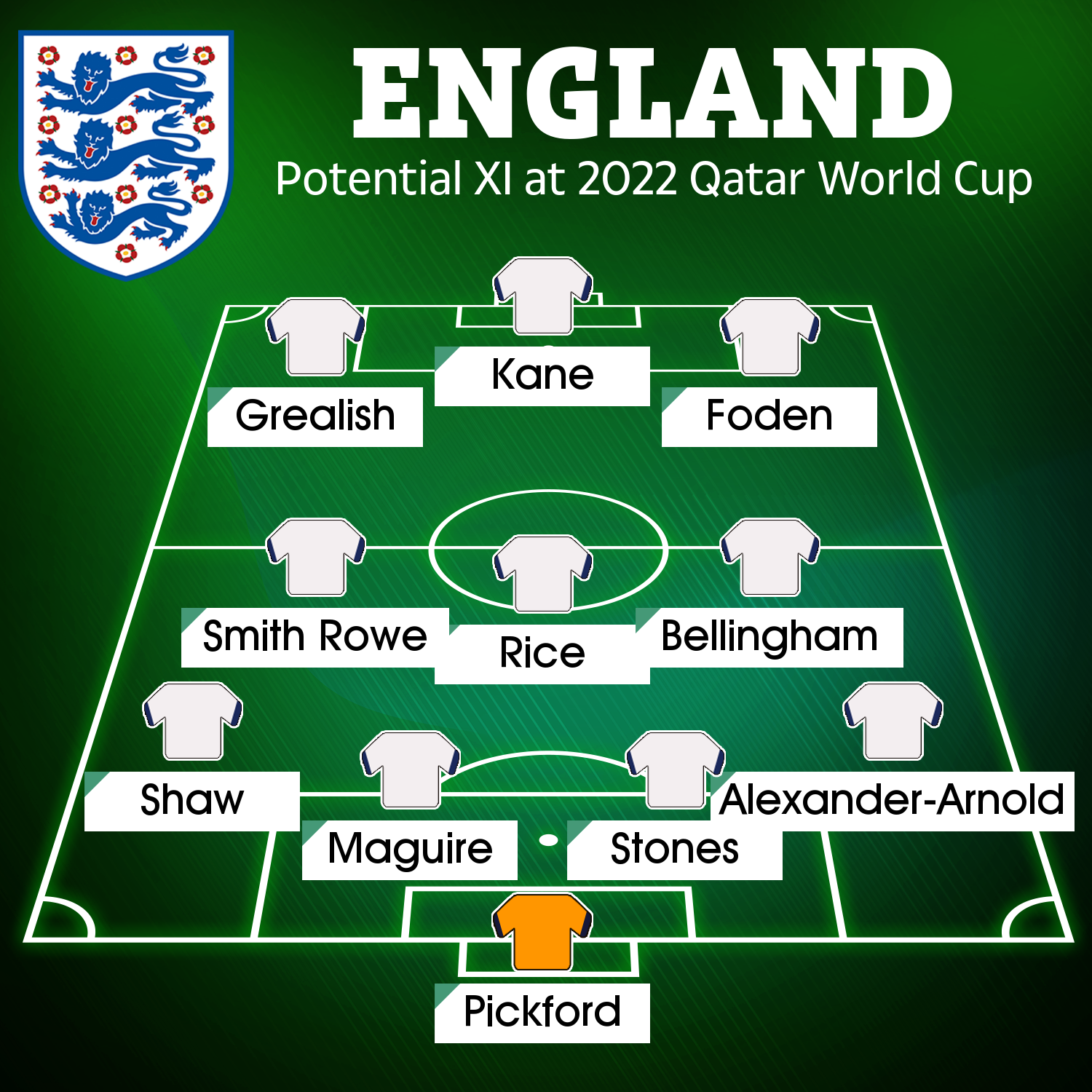 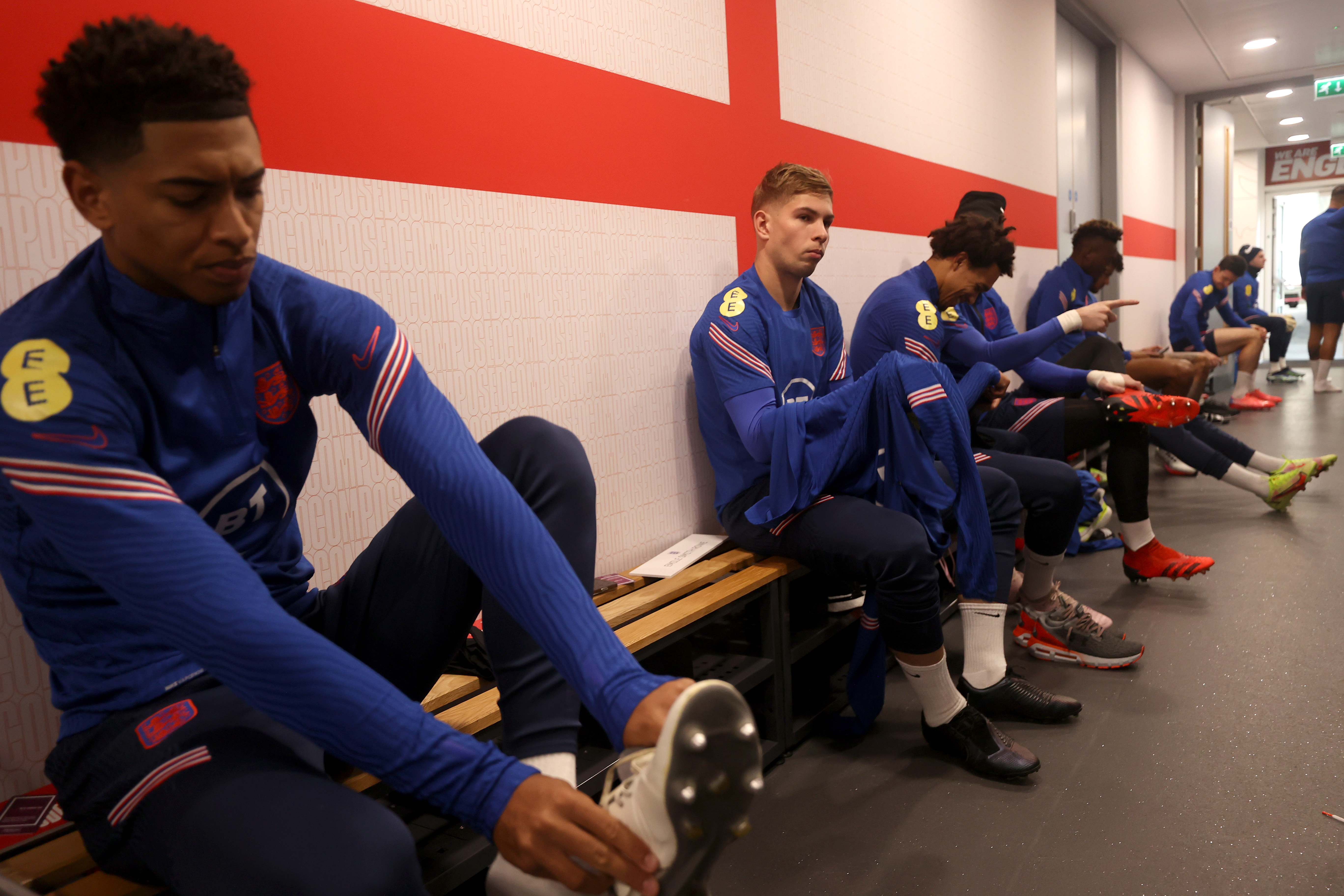 And youngsters Bellingham and Smith Rowe are doing their best to impress already.

Bellingham, 18, already has three goals and seven assists to his name this season across all competitions.

The Borussia Dortmund midfielder is lighting up the Bundesliga.

His form has seen him be linked with a move back to England with Liverpool, Manchester United, Man City and Chelsea.

Bellingham will almost certainly be on the plane to Qatar, having already had major international tournament experience.

He was a part of Southgate's Euro 2020 squad which reached the final, but lost on penalties.

But this time around, he's pushing for a starting spot in England's youthful midfield.

Like Bellingham, Smith Rowe has started this season well.

The Hale End academy product has five goals and two assists for Arsenal.

And he has been hailed as one of the best ball carriers in the Premier League by Liverpool legend Jamie Carragher.

The ex-Reds defender said after Smith Rowe's goalscoring exploits against Aston Villa: "I mentioned his lack of goals at this moment and that’s the only thing he needs in his game.

“When he gets on his bike you’re not catching him. He’s as quick with the ball as he is without it. He gets a little bit of fortune no doubt, that deflection off Mings.

"He’s fantastic when he runs with the ball, he’s never out of control and he gets that little bit of luck we all need at times. 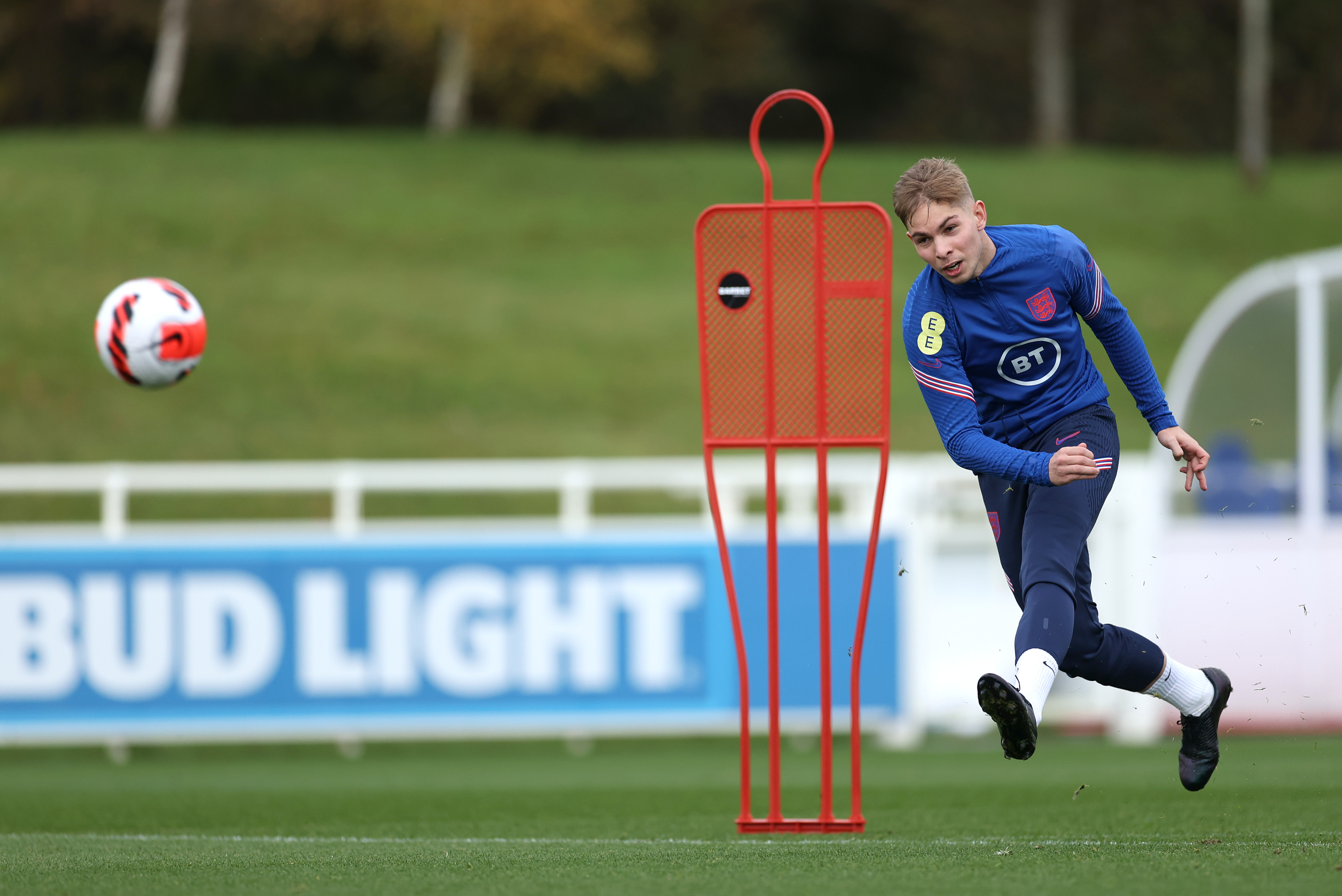 “Just wrong foots the goalkeeper. His fourth Premier League goal and if he adds that to his game we have got a star.

"He’s as good as anyone in the league when he’s running with the ball.

“He can use both feet, he never looks like he’s out of control, and the pace at which he can actually run with the ball at his feet.

"We have so many special players in this country, especially in attacking areas. We have an abundance of talent and Smith Rowe is one of them.”

The pair could slot into a midfield three with West Ham talisman Declan Rice – who has been hailed as the best defensive midfielder in world football by Chelsea and England legend John Terry – sitting in front of the back four.

The 22-year-old has been incredibly consistent for a few seasons now for the Hammers.

And he played a pivotal role in England's Euro 2020 success alongside Leeds workhorse Kalvin Phillips.

But this season, he's taken his game to another level, showing he can do more than just defend well. 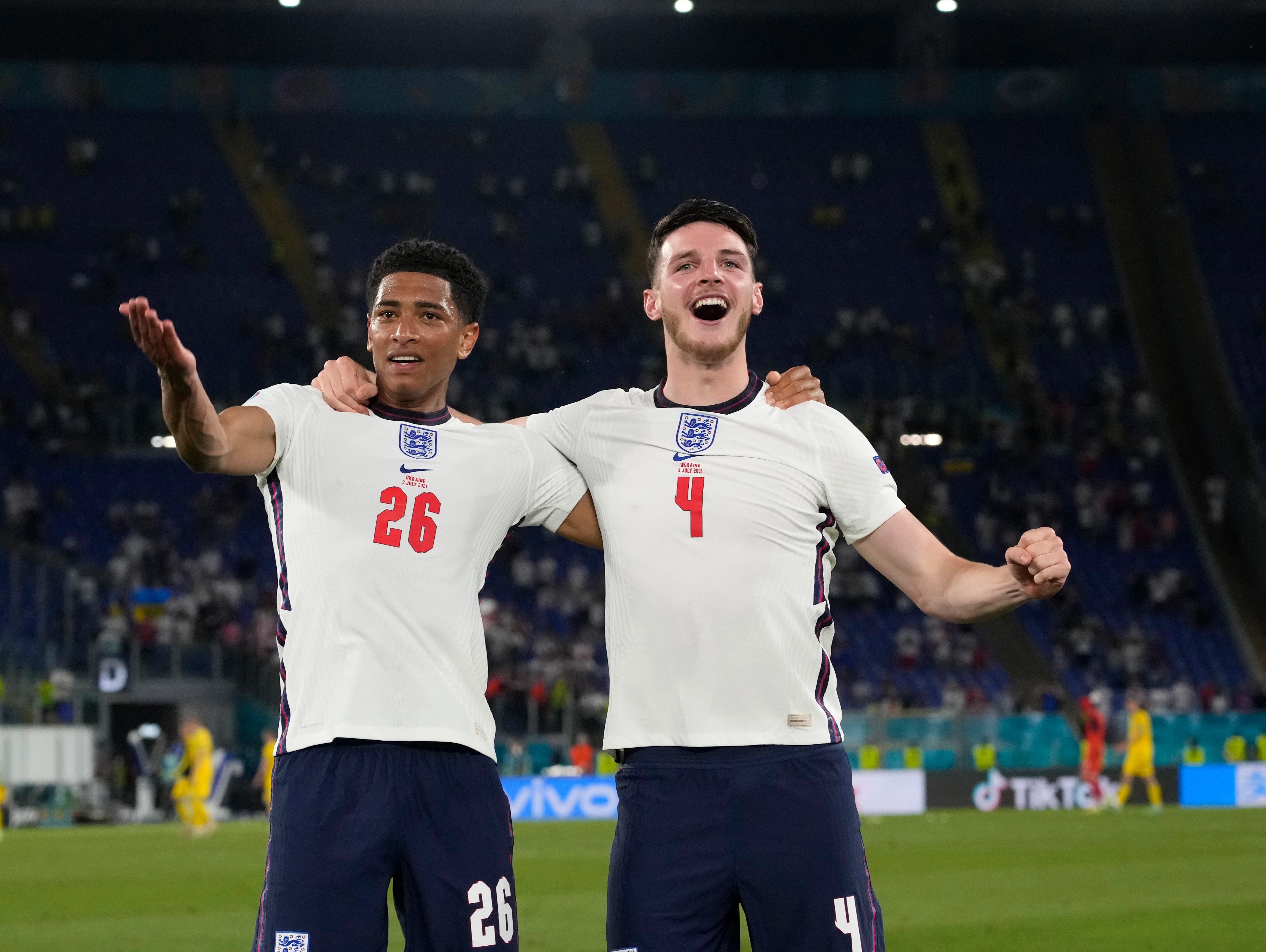 Rice's driving runs, passing range, chance creation, goals and assists have all improved this term – with Tomas Soucek willing to sit and let his midfield partner improve and flourish.

According to WhoScored.com, Rice has created 12 goalscoring chances from open play, which is more than Liverpool's Sadio Mane.

Jack Grealish, Phil Foden and captain Harry Kane could make up the front three next year.

And Trent Alexander-Arnold could start at right-back, showing again this season why he's one of the best around.

The Liverpool man has shown his defensive capabilities, whilst also putting crosses on a plate for his attackers and chipping in with some wicked set-pieces.

Alternatively, Southgate could opt for two men sitting in front of the backline – somewhere Bellingham CAN play – and he would almost definitely be partnering Rice.

Smith Rowe could move into the three behind Kane, with Sterling and Foden to his left and right.

In goal and defence, there could be some changes due to the emergence of Aaron Ramsdale. 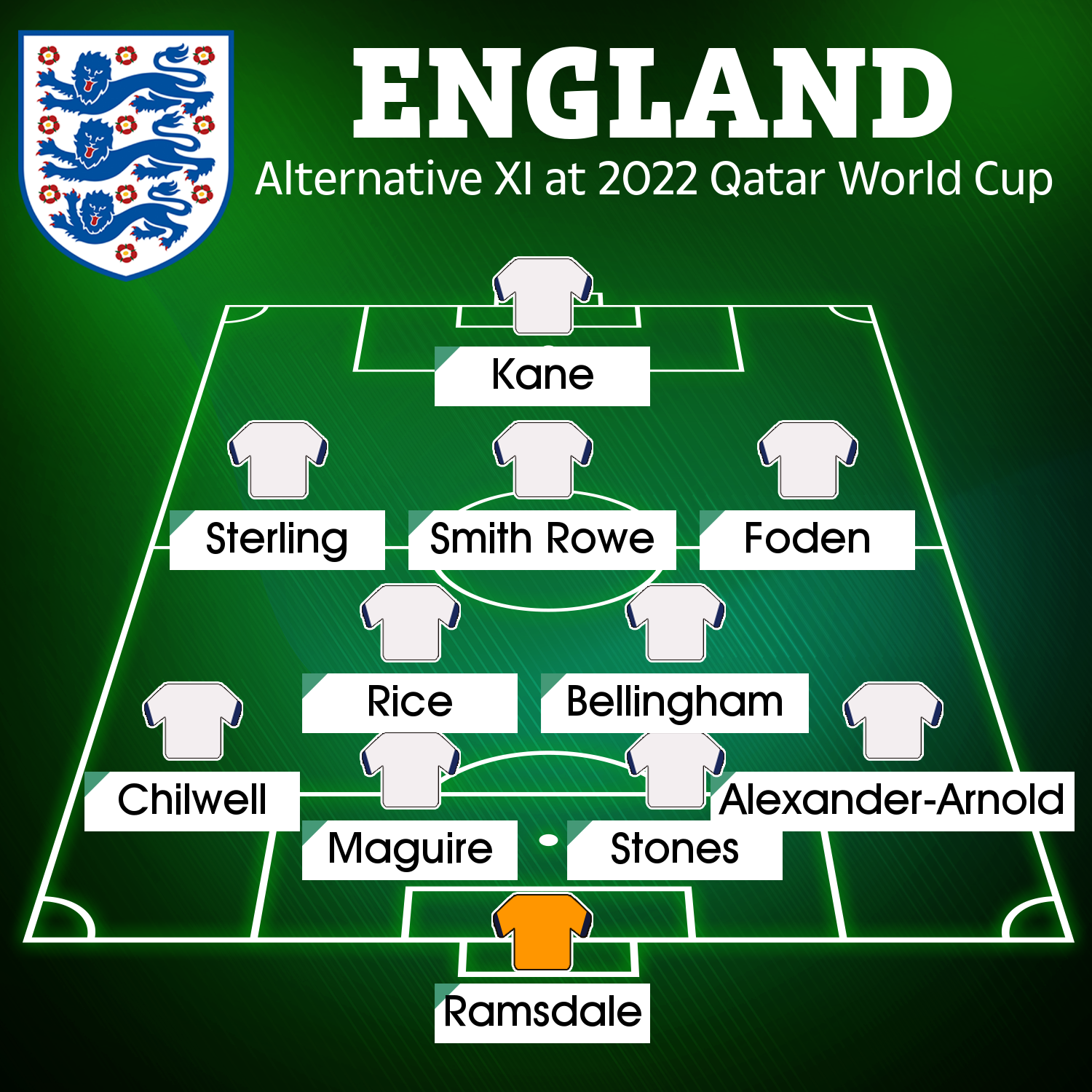 And Chelsea's Ben Chilwell could be pushing for a starting spot after his good start to the season.

The left-back has three goals in the league this term, excelling as an attacking wing-back.