CRISTIANO RONALDO made his 200th Premier League appearance in Manchester United's 1-1 draw with Everton on Saturday.

The Portuguese, 36, is just the 24th man to play 200 Prem games for the Red Devils – and his record is remarkably similar to Wayne Rooney's. 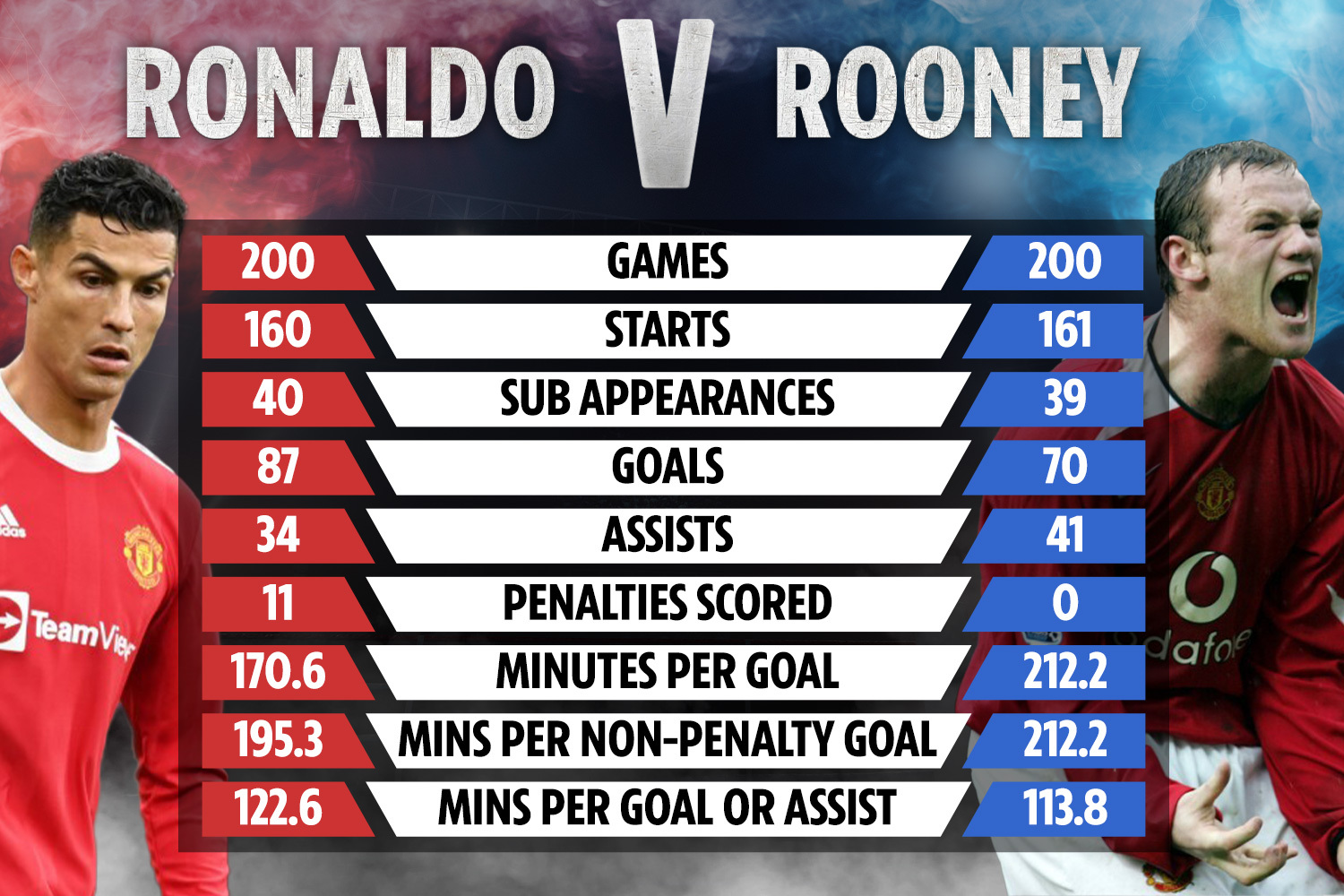 Rooney, now 35, celebrated his double-century in October 2008, reaching the historic landmark during an away victory at Blackburn aged 22.

By that point, he had scored 70 goals and produced 41 assists for Everton and Man Utd – helping Alex Ferguson's side win four major honours.

In comparison, Ronaldo has found the back of the net 87 times and set up another 34 during his two Prem spells with Man Utd.

But 11 of the ex-Juventus star's goals were penalties, while Rooney didn't score a single spot kick during his first 200 Prem games.

If you take penalties out of the equation, Rooney was involved in 111 Prem goals during this time frame – one more than Ronaldo.

When it comes to trophies, though, there's only one winner – with Ronaldo contributing eight major honours Man Utd's packed cabinet.

The two players have a frighteningly similar record, with Rooney making 161 starts during his first 200 Prem games – one more than Ronaldo.

Rooney was younger when he made his Prem debut for Everton, aged just 16, while CR7 was 18 when he first graced the Old Trafford pitch.

That means it took both players around six years to reach their double century, with Ronaldo first leaving Man Utd aged 24.

One Rooney record the Portuguese is unlikely to match or break during his second spell at the club is his outstanding goal tally.

The former England captain found the back of the net a record 253 times for Man Utd, with Ronaldo currently on 123.

But the club's current No7 should join the Prem's illustrious '100 Club' this season as he's just 13 goals away from reaching the prestigious landmark.

There are currently 30 men in the exclusive club, including current stars Mohamed Salah, Romelu Lukaku, Jamie Vardy and Harry Kane.