Giants defender Matilda McDonell has revealed the insane lengths she has gone to in an effort to keep up her Uni studies this season, completing a 72-hour law exam last week despite living in the Super Netball hub.

When the entire league outside of Queensland was told they needed to move interstate for the whole season, McDonell was determined to continue her degree in law and psychology at UNSW. 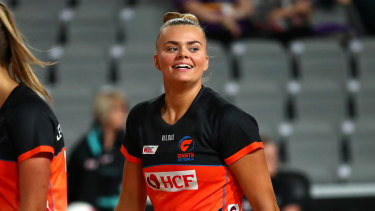 Matilda McDonell, 20, is the youngest contracted player with the Giants.Credit:Getty

With her scholarship dependent on participation and grades, McDonnell said she has been forced to lock herself away for up to three hours a day to complete assignments and study.

Last week, McDonnell had to remove herself from the Giants pack for 72 hours as she completed a three-day straight law exam before completing a two-hour psychology exam on Monday.

"It's supposed to take only a day but they give you that 72 hours to complete it … it's half exam, half assignment … it was really hard but it's been alright," she said. "I felt really good. I had all my lectures done and my notes all done so I felt pretty confident." 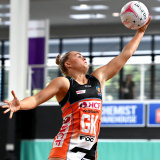 Matilda McDonell has been juggling study and living in the Super Netball hub.Credit:Getty

McDonnell is also bunking with training partner Sophie Dwyer, who is studying a bachelor of exercise science remotely in the Queensland hub.

"[The Giants players] have just been really supportive and understanding, I have to distance myself and do my own thing … I've been pretty flat out the last couple of weeks," she said.

At 20 years of age, McDonell is the youngest contracted player with the Giants.

But with rolling subs entering the game, young guns like McDonell have been getting more court time than ever with the defender making her mark on the 2020 season.

"It worked out really good for me," she said. "It gives the big dogs a bit of a breather and lets the young guns come on and show what we are made of."

Swifts coach Briony Akle said in recent days that her squad was starting to feel the weight of living in a hub, with the Giants camp feeling the same. But the eagerness to travel home knowing they have given their all has pushed the team to new levels, according to McDonnell.

"I think everyone is feeling a little bit homesick, especially with father's day going past," she said. "Lots of stuff goes on behind the scenes … it's been pretty rough. We all miss home and our loved ones."