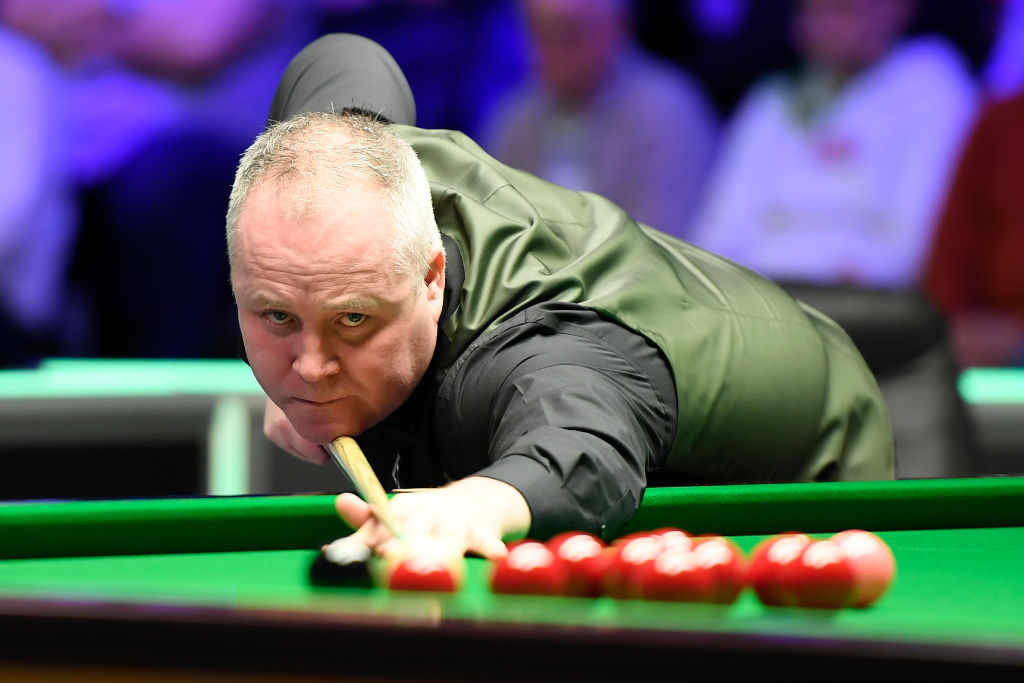 John Higgins displayed his immense battling qualities once again as he bounced back from 4-8 down to beat Zhao Xintong 10-9 in the quarter-finals of the Tour Championship on Monday night.

The four-time world champion was a long way from his best over the first 12 frames and it looked set to be a comfortable win for the super-talented Chinese star.

However, as the Cyclone faded away, the Wizard got stronger and it was the Scot who got over the line after a tense deciding frame.

Higgins, who was missing incredibly straight forward balls for a man of his standard before his epic comeback, felt embarrassed by his performance and gave himself little hope of winning at 4-8 behind.

His legendary scrapping was on full display, though, and he booked his place in the semi-final.

‘I can’t believe I’ve won that. I was embarrassed with myself at 8-4,’ Higgins told ITV4.

‘I didn’t really fancy making the comeback at all, really. But then he started to miss a couple and I started to play a bit better, but I was still all over the place, I felt.

‘I’ve dragged him down to my level, without a shadow of a doubt and that’s why I’ve won the game.’

There was speculation on commentary about a problem with Higgins’ tip, as the pundits looked for a reason for his below-par display in the first half of the match, Higgins made no mention of it after the game, though.

‘I was all over the place all day,’ he said. ‘Travelling down late last night, got out there, I just felt all at sea with my technique, I felt pretty embarrassed.

‘I kept fighting, but I didn’t hold out any help because Zhao was hitting the ball like a dream.’

Higgins started the match at a decent standard but quickly deteriorated to a long way from his brilliant best, missing a string of easy pots.

The Scot would have been delighted to come out of the first session only 5-3 behind as he struggled and Zhao knocked in a couple of centuries.

The Wizard of Wishaw took the first frame of the evening session but then things went downhill badly for him as the Cyclone reeled off three on the spin, with another century along the way, to take an 8-4 lead.

It looked a long way back from there, and it was, but the Wizard is not afraid of the most treacherous of paths and he began the lengthy walk to victory, winning five frames on the bounce to take the lead for the first time in the match at 9-8.

Breaks of 56, 83 and 59 showed that Higgins was finding his rhythm again, but Zhao was also handing him chances as he fell away from the standard he had been showing.

The Cyclone knocked in a 64 to force a decider, but it was the Scot who got the better of an edgy affair which saw the reds go very awkward after a long safety battle to begin – something that suited the veteran over the 24-year-old.

For more stories like this, check our sport page.