CHELTENHAM FESTIVAL will be different this year with it virtually certain no fans will be able to cheer their big bets in person. 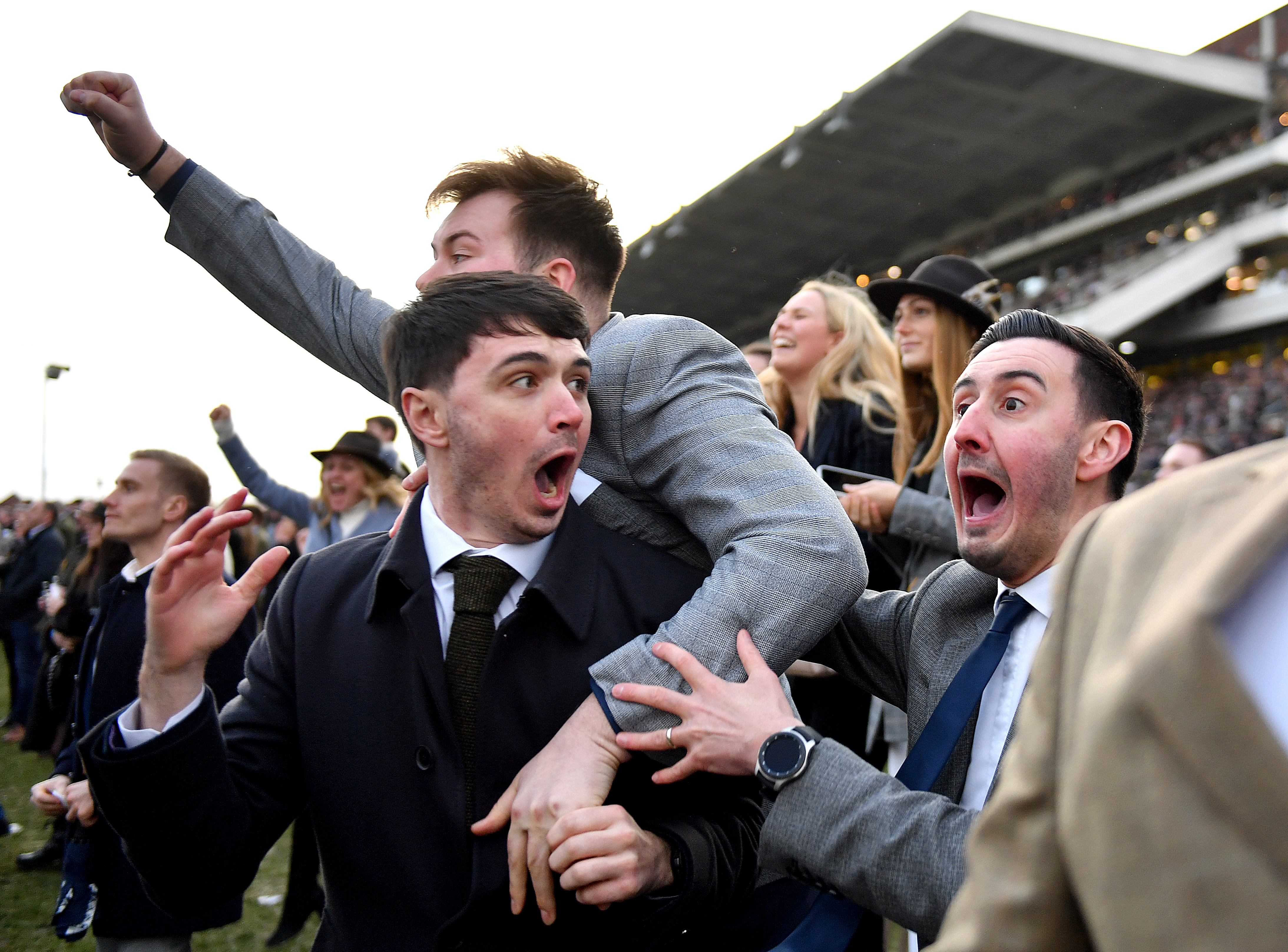 And the good news is there is plenty of history of longshot winners roaring up the hill to secure a bumper payout.

Paddy Power: New Customer Offer. Place a £/€5 single racing bet, min odds 1/5 (1.2) and get £/€20 in free bets. You will also get an additional £/€5 in free bets for each day of the Cheltenham festival (£/€40 in total). Only deposits made using cards or Apple Pay will qualify for this promotion. Free bets will be awarded after the qualifying bet has been settled and are valid for 30 days. T&Cs apply. Paddy's Rewards Club: Get a £/€10 free bet when you place 5x bets of £/€10+. T&Cs apply. 18+ Begambleaware.org

Here, SunSport looks at some of the best from over the years – plus one horse running next month who can beat the odds.

It's fair to say not many people fancied Son of Flicka at odds of 66-1 before the 2012 Coral Cup.

But by the off his price had absolutely plummeted to 16-1 – and he had punters popping champagne corks everywhere after his three-and-a-half length victory. 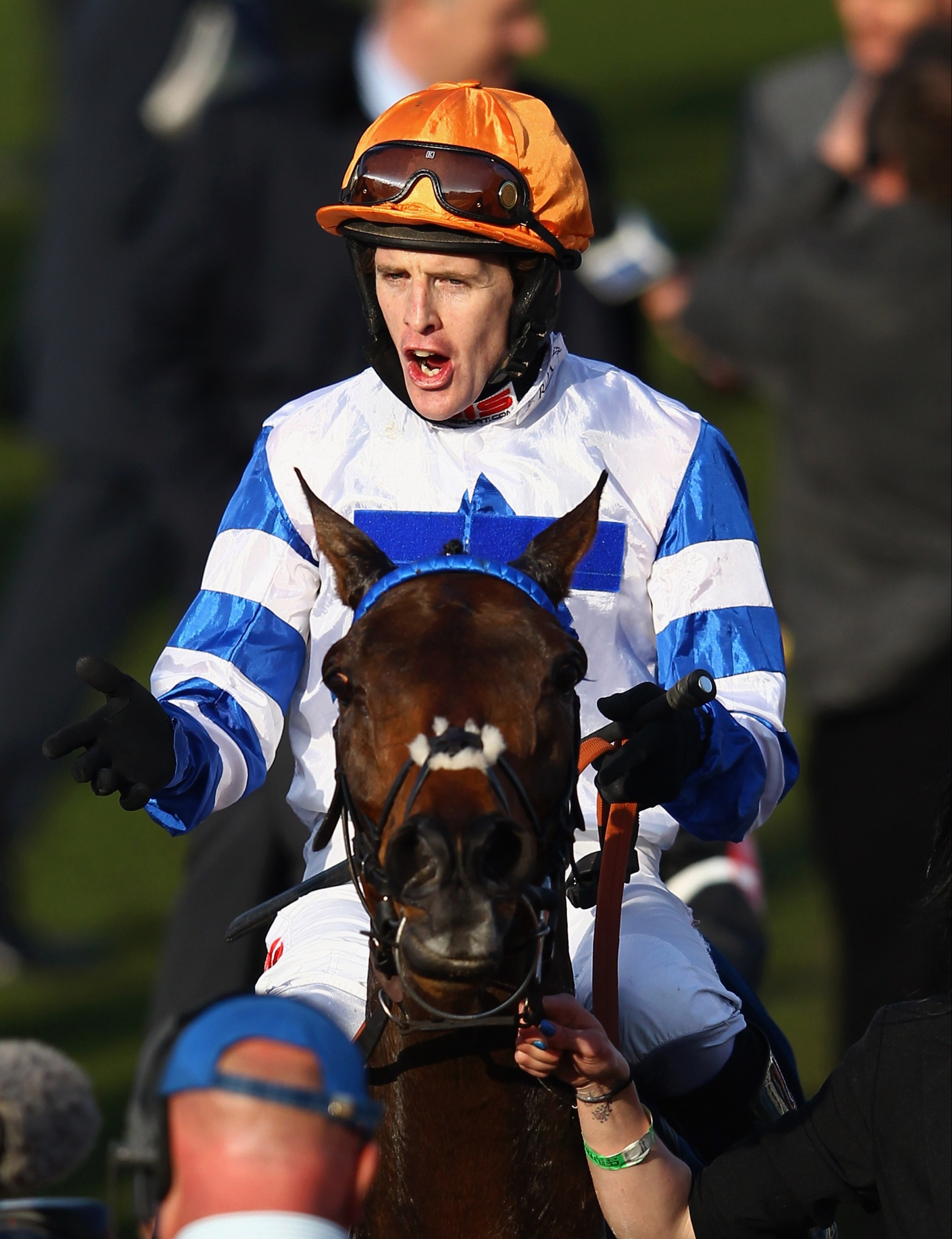 Trainer Donald McCain was absolutely stunned by the eight-year-old's romp.

But no one was happier than his owner Phil Williams.

Williams started his footballer career at Arsenal before joining Blackpool for the 1980-81 season.

Chances are you could have totted all his transfer fees together and they would not have been close to the £900,000 he won from his horse.

What did he make of it all?

"Last year I was beaten by Michael O'Leary [Ryanair boss] and told him it was the only thing he had ever arranged to arrive at the right place at the right time!

"He was the first person to congratulate me. British Jump racing – it's what sport is all about.

"I have been a punter all my life so pulling something like this off is very special.

"When I was playing for Crewe against Bury, and [manager] Dario Gradi will confirm this, I was in the bookies at five to three in my kit and boots."

Conor Murphy became a millionaire after landing a life-changing punt in 2012 – but bookie restrictions denied him an even bigger win!

Irishman Murphy hit the jackpot after backing five winners for his boss Nicky Henderson in a £50 acca at the Cheltenham Festival.

He scooped seven figures – but Bet365’s maximum £1m payout denied him what should have been a £3m win!

But Murphy, 40, never complained having placed the bet on a whim over Christmas 2011 – and when the big meeting came around in March he couldn’t believe his eyes as the winners kept rolling in.

The first leg was Sprinter Sacre in the Arkle – who Murphy backed at 6-1 – and the horse made light work of his rivals as the red-hot 8-11 favourite. 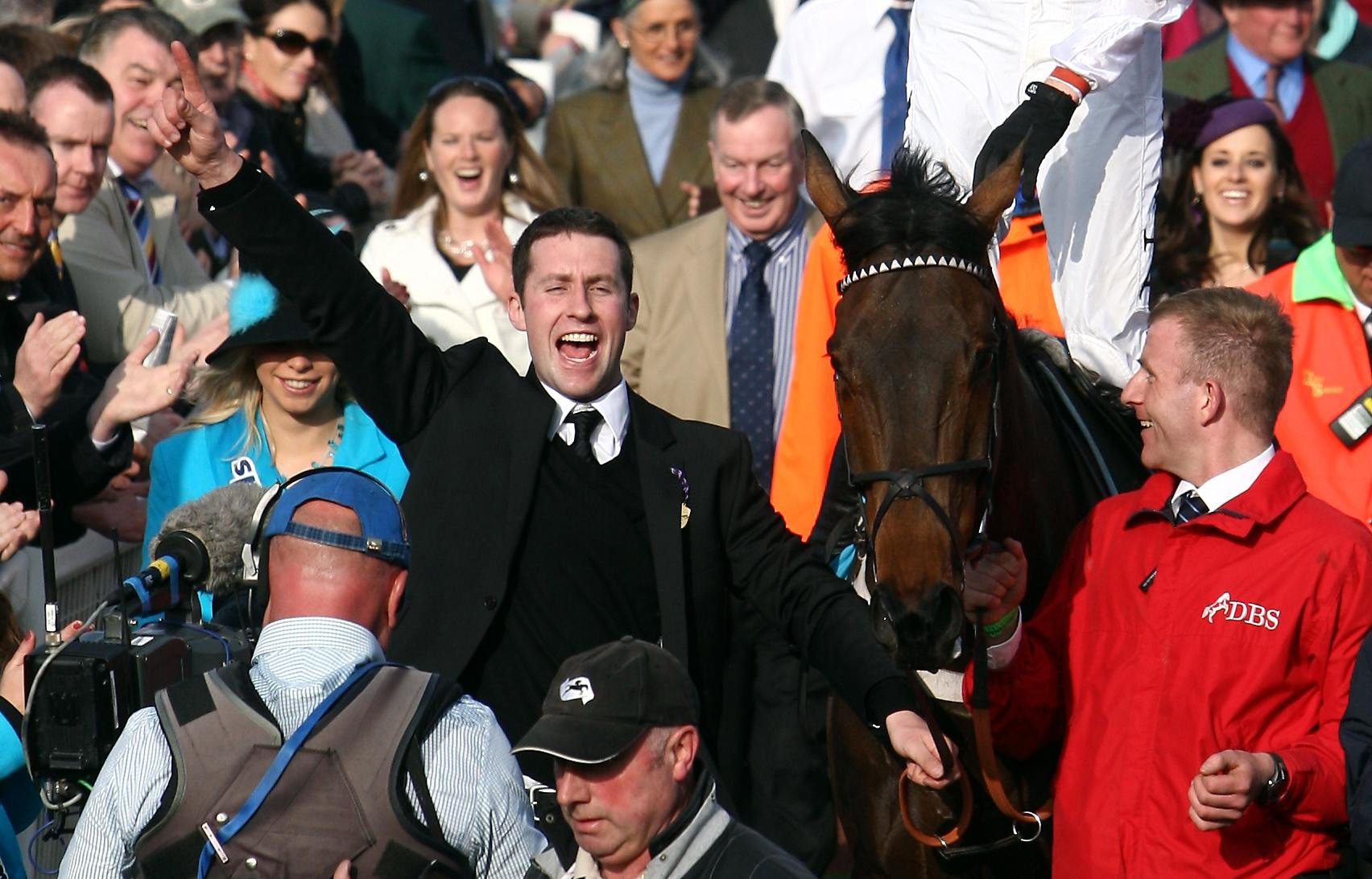 Simonsig – backed at 12s – was a similarly impressive winner in the Neptune, before Bob’s Worth (6-1) and Finian’s Rainbow (8-1) won the RSA and Champion Chase respectively.

Murphy barely slept a wink before the final leg on the Thursday of Cheltenham – but it looked like the bet would come to a heartbreaking end.

Riverside Theatre – who Murphy backed at 10s and was well-fancied for the Ryanair – was never travelling at any stage under Barry Geraghty.

But the James Nesbitt-owned horse got his second wind in the home straight and stormed home for a dramatic, last-gasp win to seal the huge payout.

Irish billionaire and racing tycoon JP McManus was already celebrating a monster £600,000 win when he landed another at stratospheric odds. 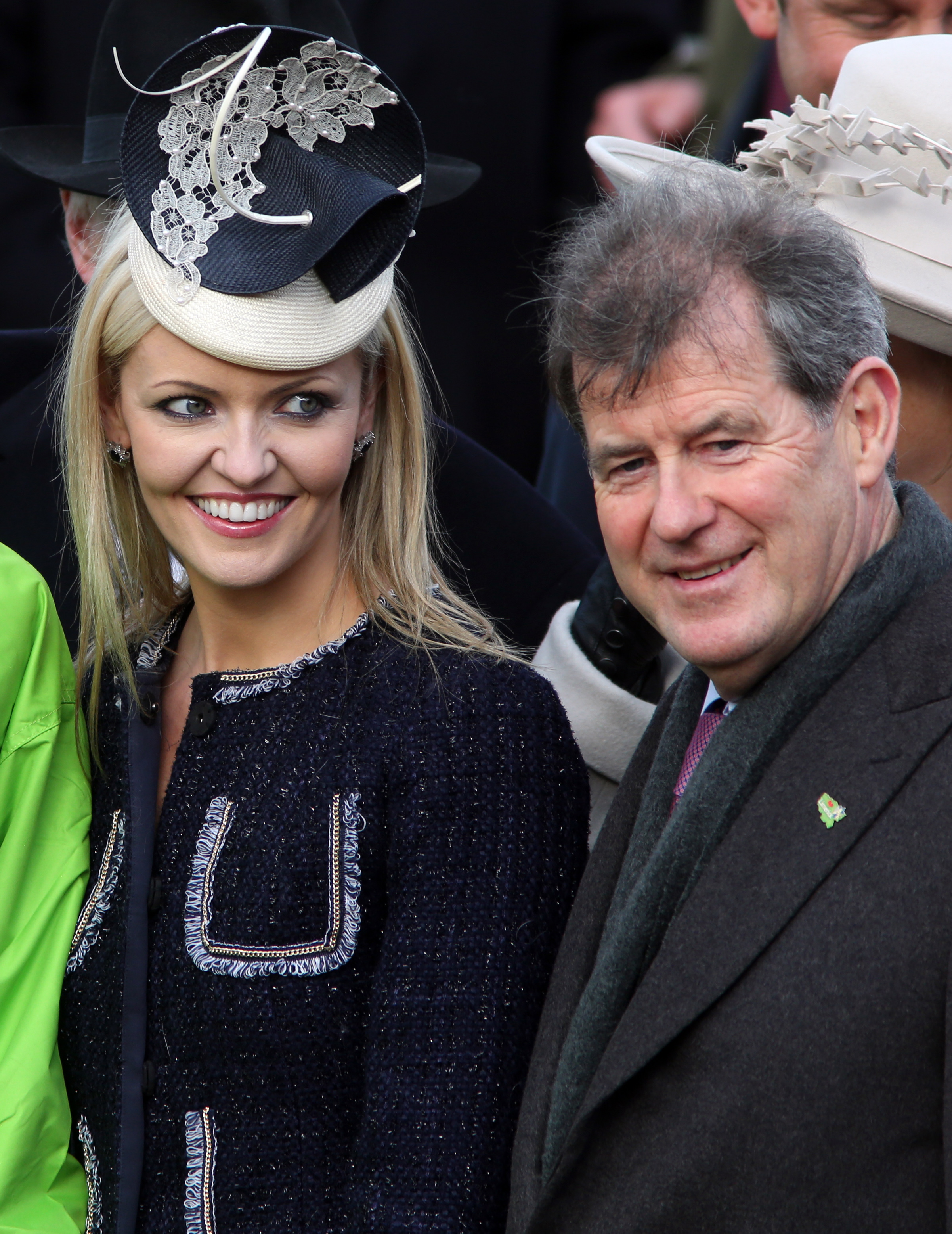 The £100,000 he put on Reveillez at 6-1 in the 2006 Jewson Novices' Handicap Chase looked a wise investment given the relatively short odds.

And after pocketing over half a million, he could afford to have a little £5,000 each-way gamble on 50-1 Kadoun.

It proved to be a stroke of genius.

Renowned gambler McManus said of his monster win: "I had a little bit on him. You never have enough on them when they win!

"I don't know where we go from here – I'd forgotten he was in the race!"

Who could be the big-money banker this year?

Song For Someone in the Champion Hurdle looks a good shout on day one of the Festival. 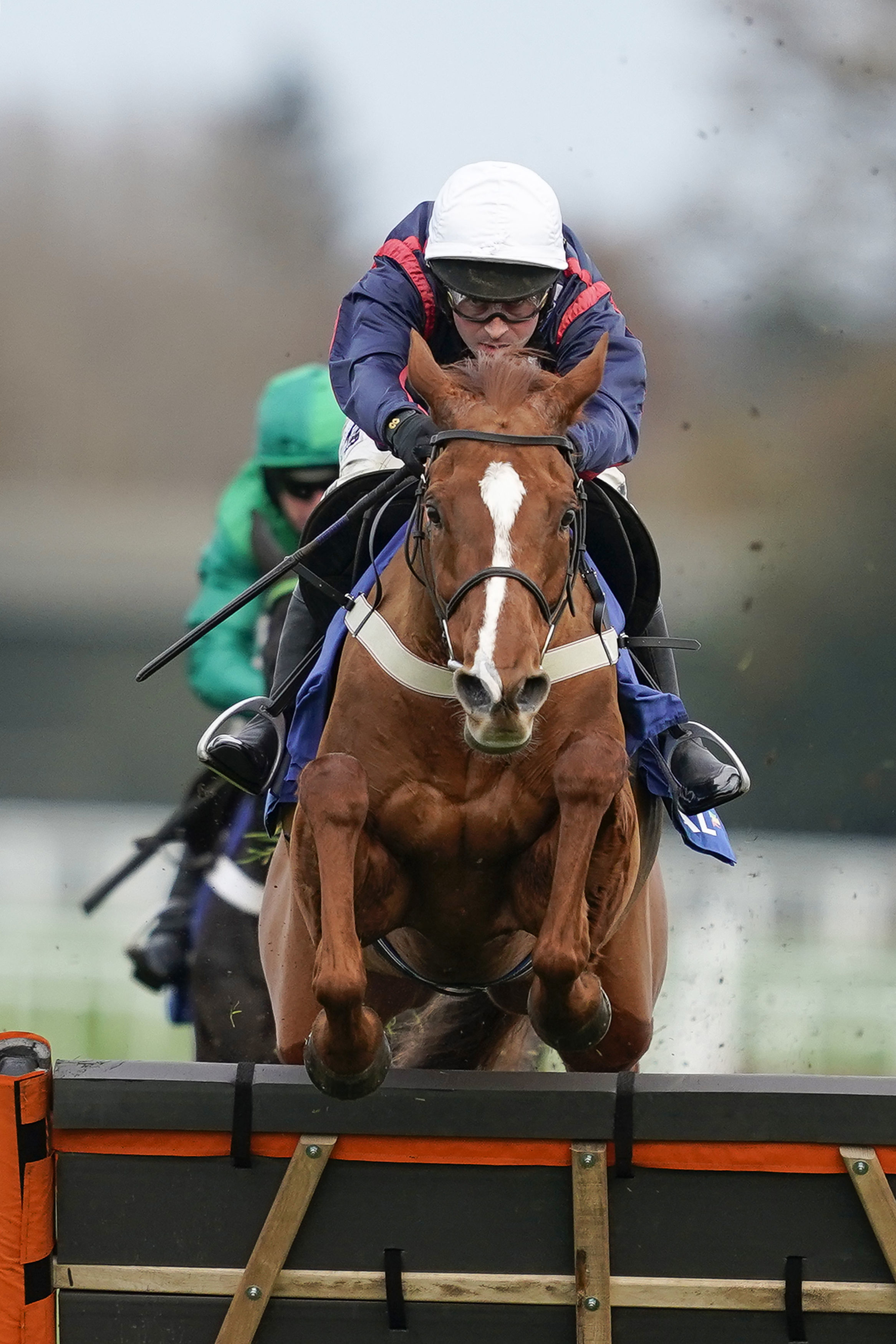 The Tom Symonds-trained Grade Two winner would be much shorter than 16-1 were he trained by the likes of Nicky Henderson or Paul Nicholls.

Three wins in a row – with the last coming at Cheltenham in December – suggest he is primed to steal the show.