Geraint Thomas was taken to hospital after a crash during the fourth stage of the Tour of Switzerland.

Team Ineos tweeted that the Welshman, who won the 2018 Tour de France, would be undergoing medical checks.

Thomas was able to sit up and talk to team-mates before being taken away in an ambulance.

The 33-year-old has been expected to lead the team at the Tour de France following Chris Froome’s crash at the Criterium du Dauphine last week. 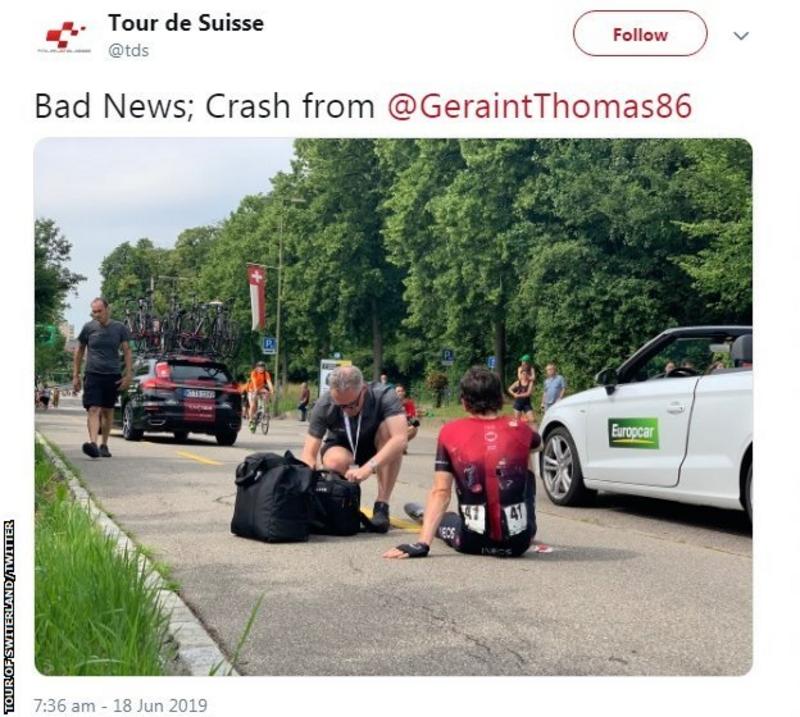