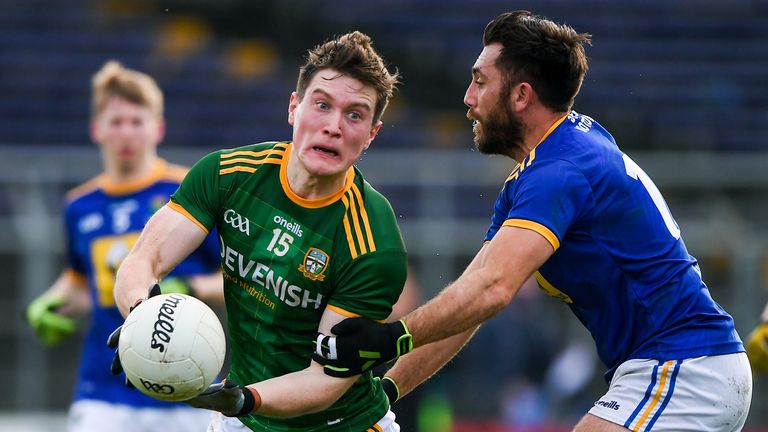 A round-up of Sunday’s football championship action, with Meath, Laois and Down among the winners.

Meath are through to the Leinster semi-final, as they continue to build on what was a promising year in Division 1. The Royals dominated the contest in what was viewed as a tricky away assignment, running out 28-point winners.

There was a great deal of talk around how an improving Wicklow team would fancy their chances in ‘Fortress Aughrim’. After a promising year under Davy Burke, the Garden County felt they had little to lose against a side who had not won a competitive game in their last 10 outings.

But the Royals flexed their muscle with a dominant display from start to finish. A Jordan Morris hat-trick laid the foundations for the hammering, with Matthew Costello, Bryan Menton, Joey Wallace and Cathal Hickey all raising green flags for Meath.

The 2010 Leinster champions would have been encouraged by their narrow defeat in Parnell Park last month, as they look to close the gap to Dublin in the eastern province.

A 7-14 to 0-7 away victory sees them continue on an upward trajectory. Laois are through to the Leinster Championship semi-final for the third year in succession, as they staged a comeback win over Longford.

Gary Walsh kicked 0-8 (seven from frees) while Paul Kingston’s tally of 1-1 proved crucial as the O’Moore County overturned a five-point deficit to dig out the win.

Mike Quirke’s side face a mammoth task to return to the provincial decider after their final appearance in 2018, as -Ireland champions Dublin stand in their way. A strong second-half display saw Down reach the Ulster semi-final, as they brushed aside the challenge of hosts Fermanagh in Brewster Park.

Leading by just a single point at half-time, Paddy Tally’s charges found an extra gear after the break. Donal O’Hare found the net in the second half to set Down on their way, as he finished with a personal haul of 1-4. Barry O’Hagan kicked four points, with Jerome Johnston, Caolan Mooney, Ryan Johnston and Corey Quinn also getting in on the scoring act.

The seven-point victory leaves the Mourne County with real momentum, and they will fancy their chances of reaching their first provincial decider since 2017, with a last-four assignment against Cavan next weekend.