A FUMING West Ham fan is planning on throwing fake money at Jesse Lingard after the player went from hero to zero following signing for Nottingham Forest. 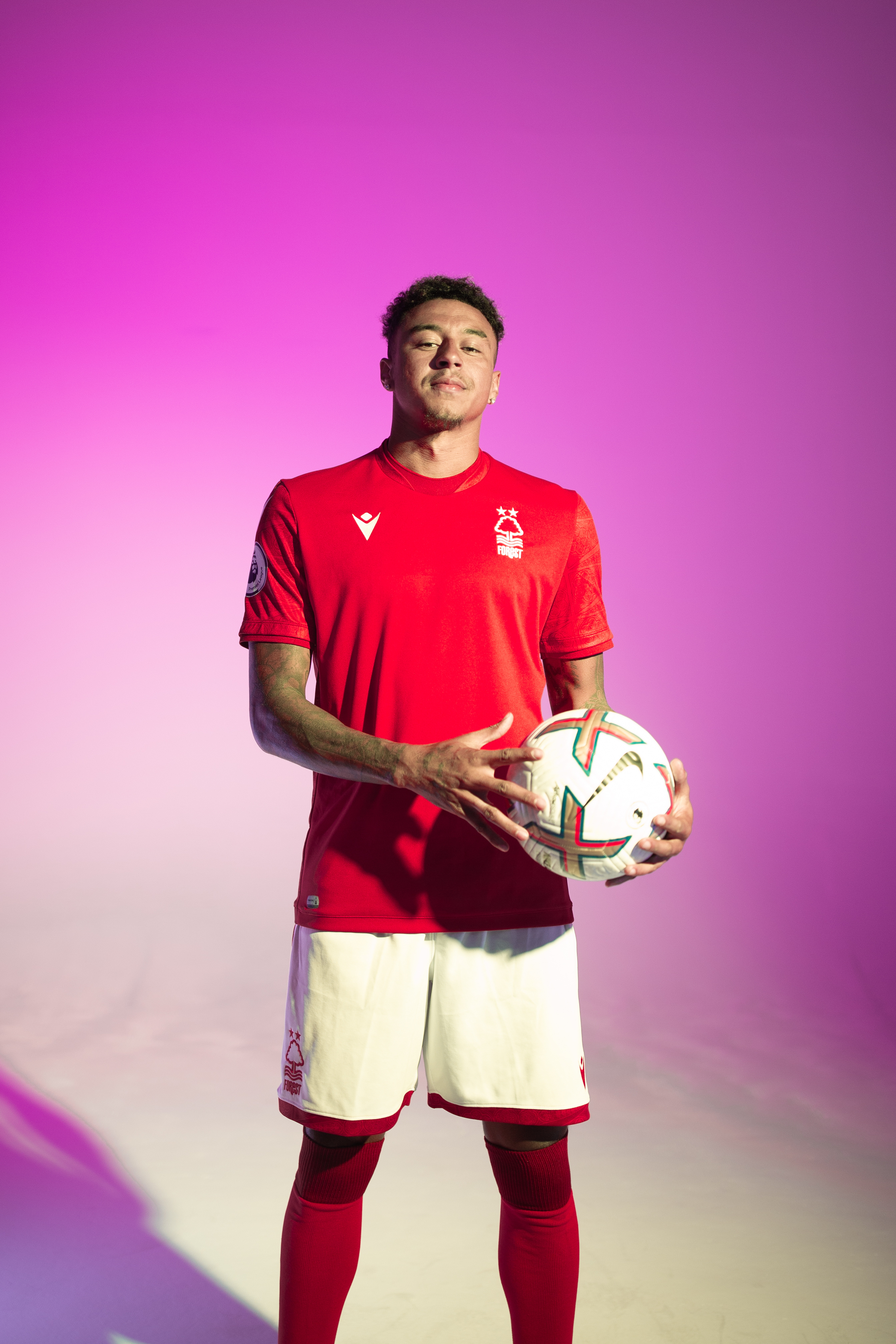 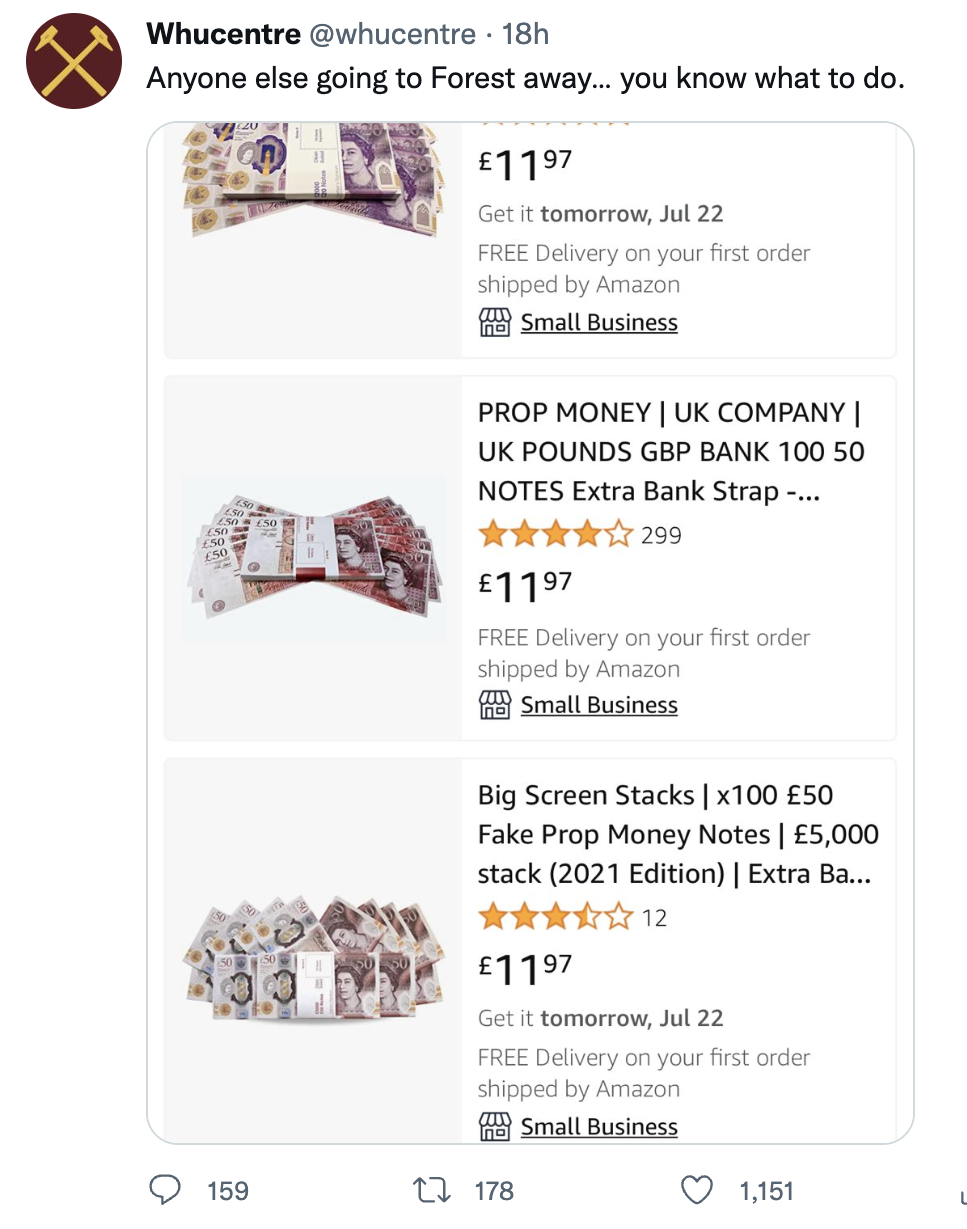 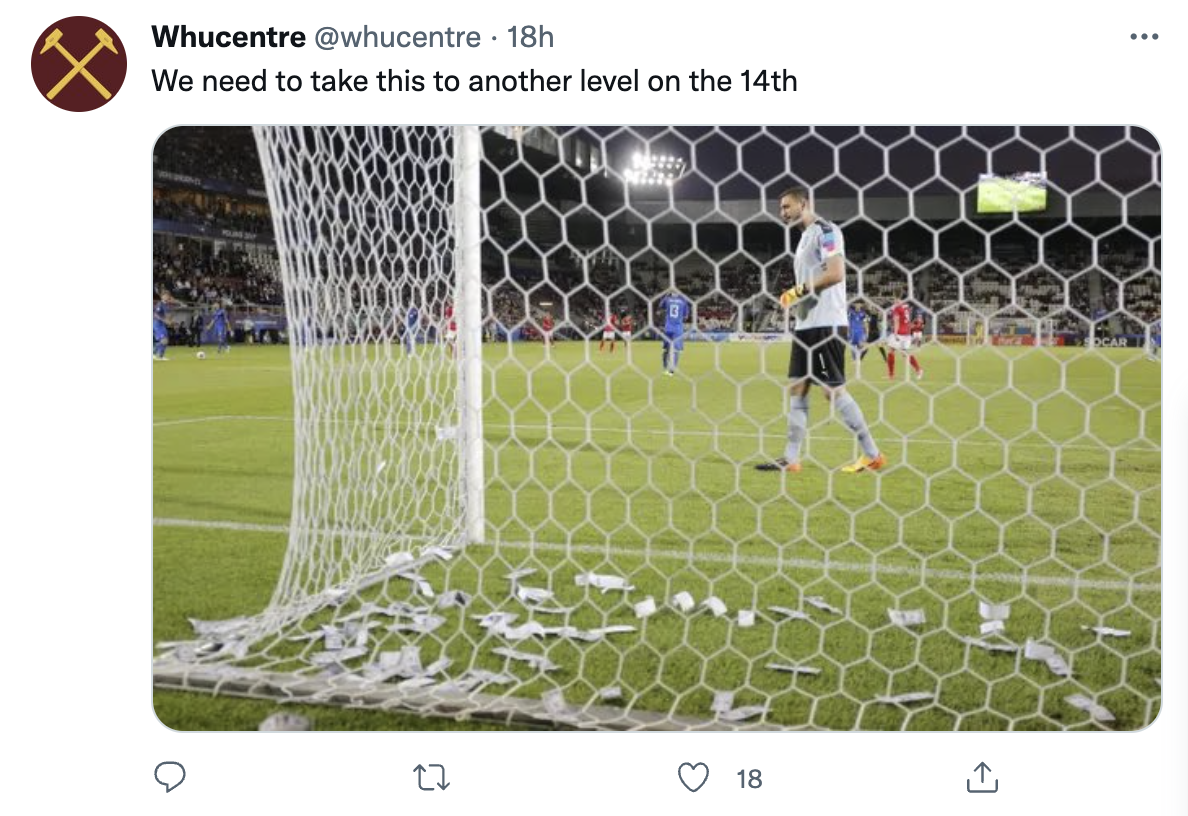 The 29-year-old enjoyed a successful six-month loan spell at the London Stadium in the 2020-21 season, which saw him score nine and assist four in just 16 Premier League games.

A move was also attempted in January 2022 with the player having just six months left on his United contract.

But the Hammers were again unsuccessful in their attempts.

The window to sign Lingard was looking like this summer when the player was available for free.

However, newly promoted Forest broke the bank to sign the England international ahead of West Ham.

Lingard was said to have made West Ham his priority destination but the East London club refused to match what was on offer at Forest.

And Hammers fans are furious with the player, who would've undoubtedly been given a hero's welcome upon his return to the club.

Many believe Lingard's move was money-motivated, which isn't new in football.

One West Ham fan has called on fellow supporters to throw fake money on the trip to the City Ground.

Whucentre tweeted a picture of fake money, with the caption: "Anyone else going to Forest away… you know what to do."

The West Ham fan later tweeted a picture of Italy's Gianluigi Donnarumma's goal mouth covered in bank notes, and said: "We need to take this to another level on the 14th [August]."

West Ham are looking to put the Lingard saga behind them by securing the services of Gianluca Scamacca and Eintracht Frankfurt's Filip Kostic.

Kostic, in particular, could be exciting for Hammers fans, with the 29-year-old having more assists since 2018 (44) than Lingard has goal contributions in his ENTIRE career in the Premier League (43).