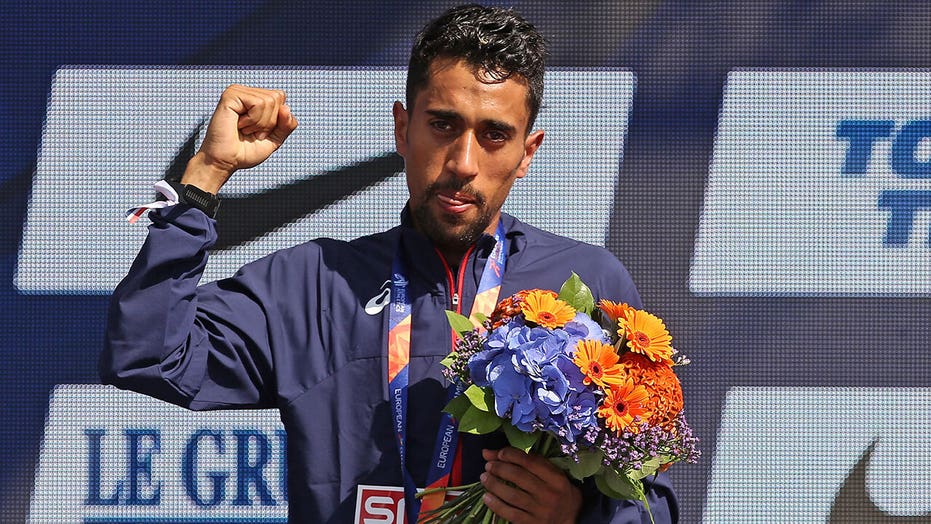 Olympic French runner Morhad Amdouni is defending himself this week after he was heavily criticized for knocking over his opponents’ water bottles during the men’s marathon event in Tokyo.

Amdouni, 33, took to social media to address the recent controversy surrounding an incident at the Games where he was seen, in a now-viral video, knocking over an entire row of water bottles before grabbing one for himself, leaving none for the opponents behind him. 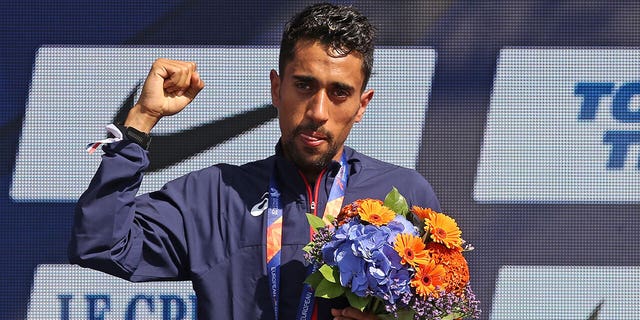 Morhad Amdouni of France poses with his gold medal for the men’s 10,000 meters during day two of the 24th European Athletics Championships at Breitscheidplatz on Aug. 8, 2018, in Berlin, Germany.  (Photo by Matthias Kern/Getty Images)

“At one point, I tried to hold a bottle of water but I dropped some. It was not easy, trying to be able to hang on”

Amdouni faced major backlash for allegedly trying to sabotage his fellow competitors in a race where temperatures soared to 84 degrees Fahrenheit.

He ultimately finished in 17th place.