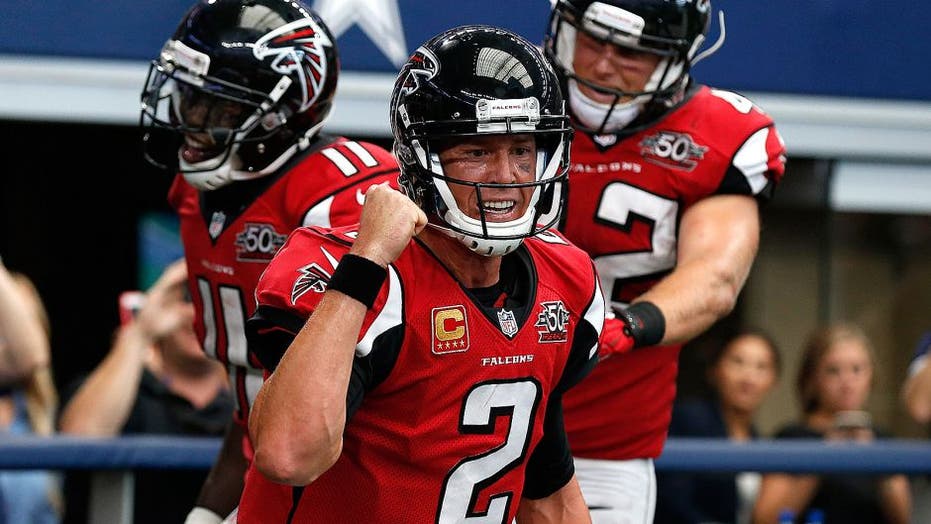 The Atlanta Falcons continued to overhaul their roster this week in an effort to get under the projected salary cap, but the biggest move the Falcons will make will come during next month’s draft.

June Jones, who spent several years as the Falcons assistant head coach before taking over fully from 1994-96, told Fox News in an interview this week that Atlanta should address the quarterback situation with the No. 4 overall pick in the 2021 NFL Draft.

“I think the Falcons need to draft a quarterback, and I think Matt Ryan is tradeable with his contract, and I think they would have some takers,” Jones said. “He still can move a little bit. He’s an active passer. He did well on, really to be quite honest, a bad football team.”

“They weren’t the same offensive team as they were when they went to the Super Bowl. They’ve lost a lot of players and a lot of guys and they’re just not quite the same group on offense,” Jones said,

Fontenot and Smith face difficult decisions about the direction of the team. Ryan is 35 and wide receiver Julio Jones, coming off a season hampered by injuries, is 31.

June Jones told Fox News that while Ryan’s time might be up in Atlanta, he still has a future somewhere else.

“I think Matt Ryan might be kinda in the Tom Brady situation. Find a place and try to get [to the Super Bowl].”

“I think Chicago (Bears) would be real interested in Matt Ryan,” he added.

According to OverTheCap.com, Atlanta is an estimated $15 million over the projected salary cap of $180 million.

Jones recently served as head coach of the XFL’s Houston Roughnecks. After the league folded in 2020, he joined CoachTube.com, an online platform offering instructional courses in a wide range of sports, where he teamed up with legendary coach Mouse Davis to teach a course on the famous “run and shoot” offense.