Prime Minister Scott Morrison has announced the federal government is set to provide funding to Paralympics Australia to ensure the athletes are given the same cash bonuses as our Olympic medallists.

Before question time on Thursday, the Prime Minister said the federal government would be providing the funding to ensure Para-athletes who won medals were compensated the same as Olympians.

“The Minister for sport, at my request, spoke to Paralympics Australia CEO Lynne Anderson earlier today and I’m delighted we have been able to support our fantastic Paralympians in this way,” he said. “Our Paralympians are wonderful and powerful role models.”

Already 60 medals have been won at the Tokyo 2020 Paralympic Games by Australia, including 13 gold. 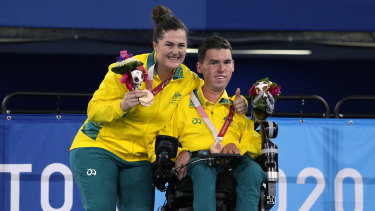 The announcement comes after a Go Fund Me was set up to raise money to award the Paralympic medallists similar prize bonuses. In three days, the petition had raised $75,000.

The fundraiser was set up by Chloe Dalton, who won gold in the rugby sevens at Rio and now runs a podcast called The Female Athlete Project.

She said she set up the campaign after learning the US had already rectified the issue – giving their Para-athletes the same as their Olympians – but Australia had not.

Similar to Australia until today, Canada also gives $0 to their Paralympians while giving cash prizes to their Olympians.

Hosts Japan, along with a number of other countries, offer less for their Paralympians – with Japan giving their Olympians about $63,000 for gold and around $38,000 for their Para-athletes.

“We believe in equality, for everyone. Let’s rally together to support the hard work and achievements of these incredible athletes,” Dalton wrote on the fundraising page.