THE Irish returned to haunt their British rivals on day two of the Grand National Festival.

After a near clean-sweep at last month's Cheltenham Festival, Irish-trained runners were dominant at Aintree – with their 5,864-1 four-timer spearheaded by impressive Melling Chase winner Fakir D'Oudairies. 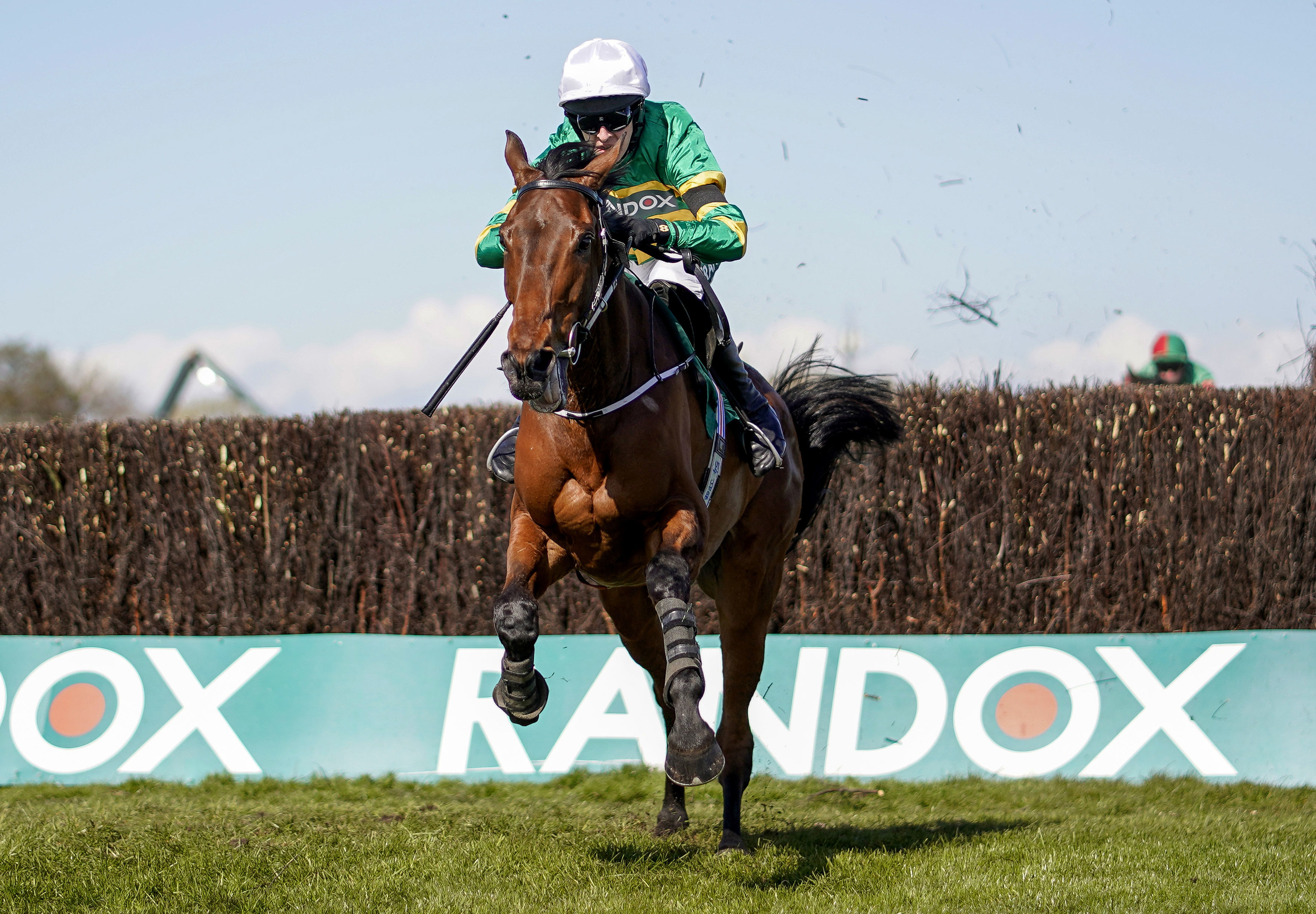 The Joseph O'Brien-trained six-year-old, so often the bridesmaid during his career, brushed aside an apparently strong home team under Mark Walsh.

That success was followed by a breathtaking win in the Topham from 15-2 shot Livelovelaugh, while Belfast Banter (9-1) and Tronador (22-1) were also victorious.

It was yet another sobering afternoon for British-trained runners, who faced a very weak Irish challenge when landing three Grade 1 wins on Thursday.

Paddy Power: New customers only. Place a £10 bet on any Sportsbook market, at odds of at least 1.5 (1/2) — and we’ll give you £10 in free bets. Free bets are valid for 30 days and must be used on a Sportsbook market. Free bets will be awarded after the qualifying bet has been placed. Only deposits made via cards or Apple Pay are eligible. T&Cs apply. 18+ Begambleaware.org

And Fakir D'Oudairies could be called the winner a long way from home, as he jumped well and travelled powerfully in behind the clumsy front-runner Mister Tommytucker.

He quickly brushed aside Politologue at the top of the home straight and stormed clear to win easily, with Nuts Well doing himself proud in second having suffered interference on the run to two out.

Winning rider Walsh said: "He deserved his day in the sun. He's been running great all season, so I'm delighted he got his head in front.

"He had a hard race at Cheltenham in the Ryanair, but Joseph had him in great shape and he's done it well today."

Arguably the performance of the day came in the Topham, when Willie Mullins' Livelovelaugh put on a clinic under Patrick Mullins.

He jumped his rivals silly and kept up a relentless gallop to win the big handicap chase in style – and winning rider Mullins couldn't hide his delight.

He said: “Ever since I was a kid, I watched horses do that and thought what a thrill it must be. I just wanted to go round again on him – I just sat there, he did most of it, to be honest.

"Willie won the Foxhunters, so this kind of puts us level – or this might be slightly above that, is it?!” 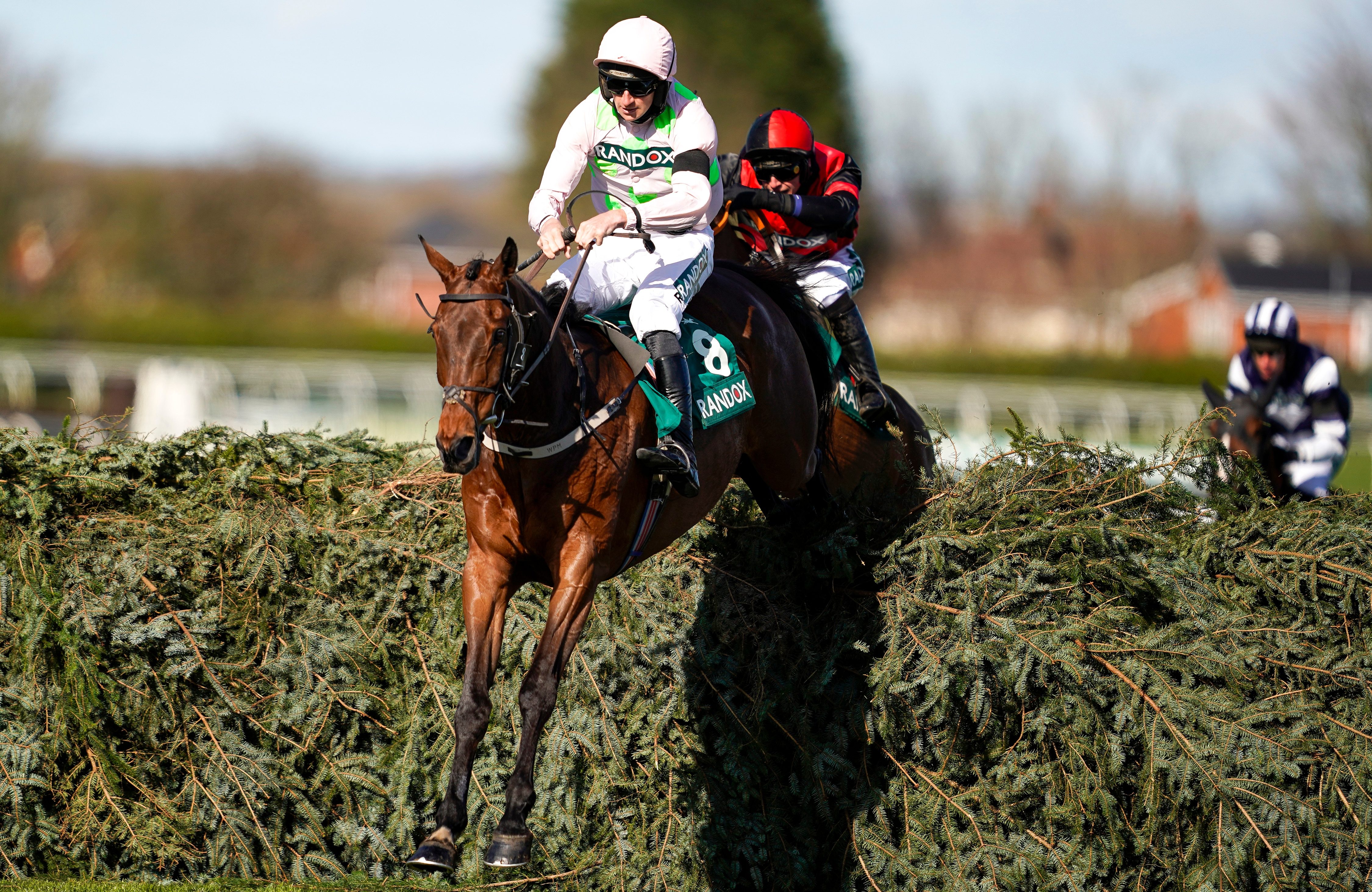 Fahey said: “I decided to stay away and not come over as it was lucky for us at Cheltenham. It was a brilliant performance and Kevin gave him a great ride.

"We will be having a few drinks at home to celebrate that’s for sure.”

The only bright spark for British runners on Friday was Lucinda Russell's Ahoy Senor, the shock 66-1 winner of the Sefton Novices' Hurdle.

He bowled along in the lead and jumped like a buck under a positive Derek Fox ride as the team behind 2017 Grand National hero One For Arthur made their mark.