Following his impressive Sheffield United debut off the bench nine days ago, Bayern Munich and Borussia Dortmund were linked. 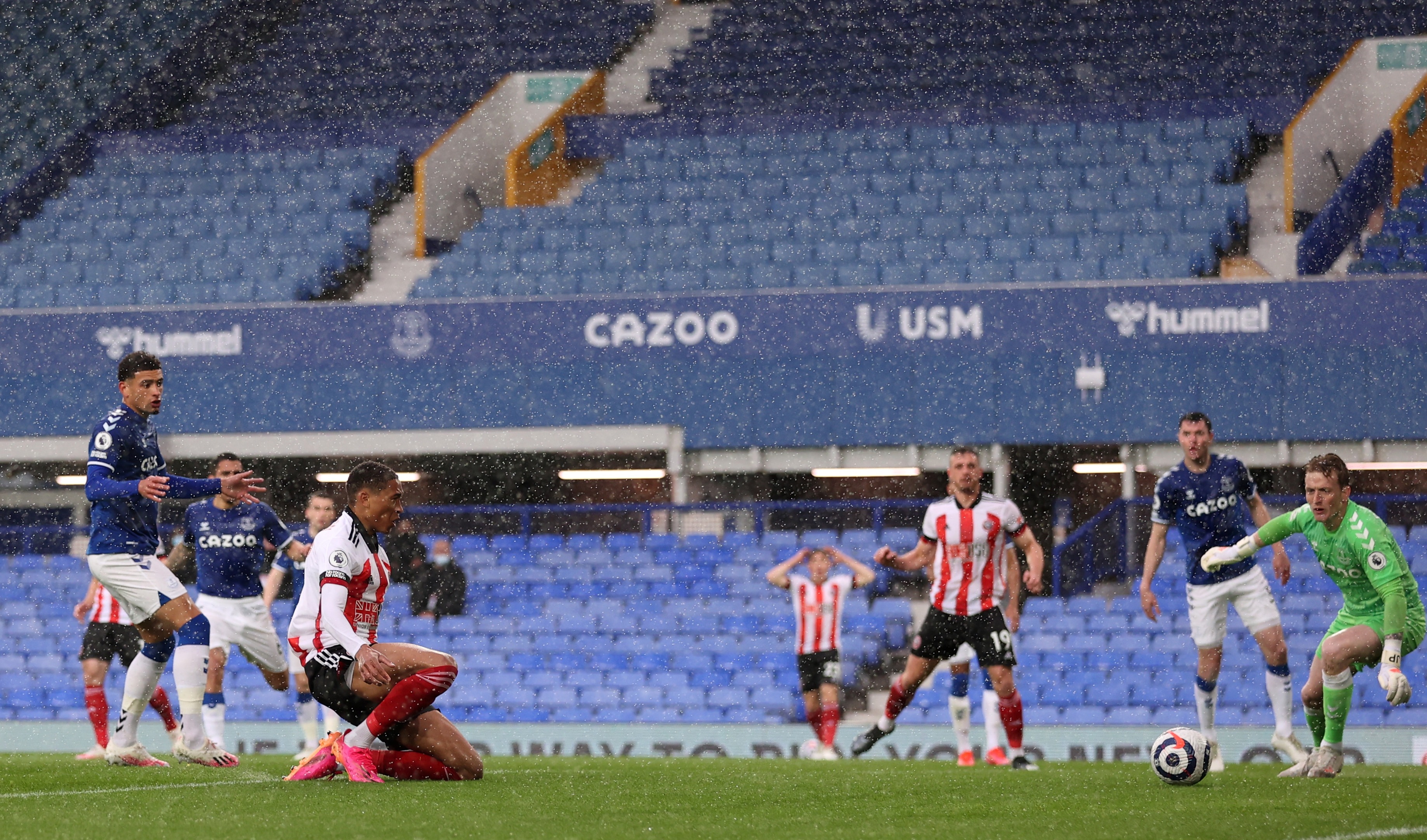 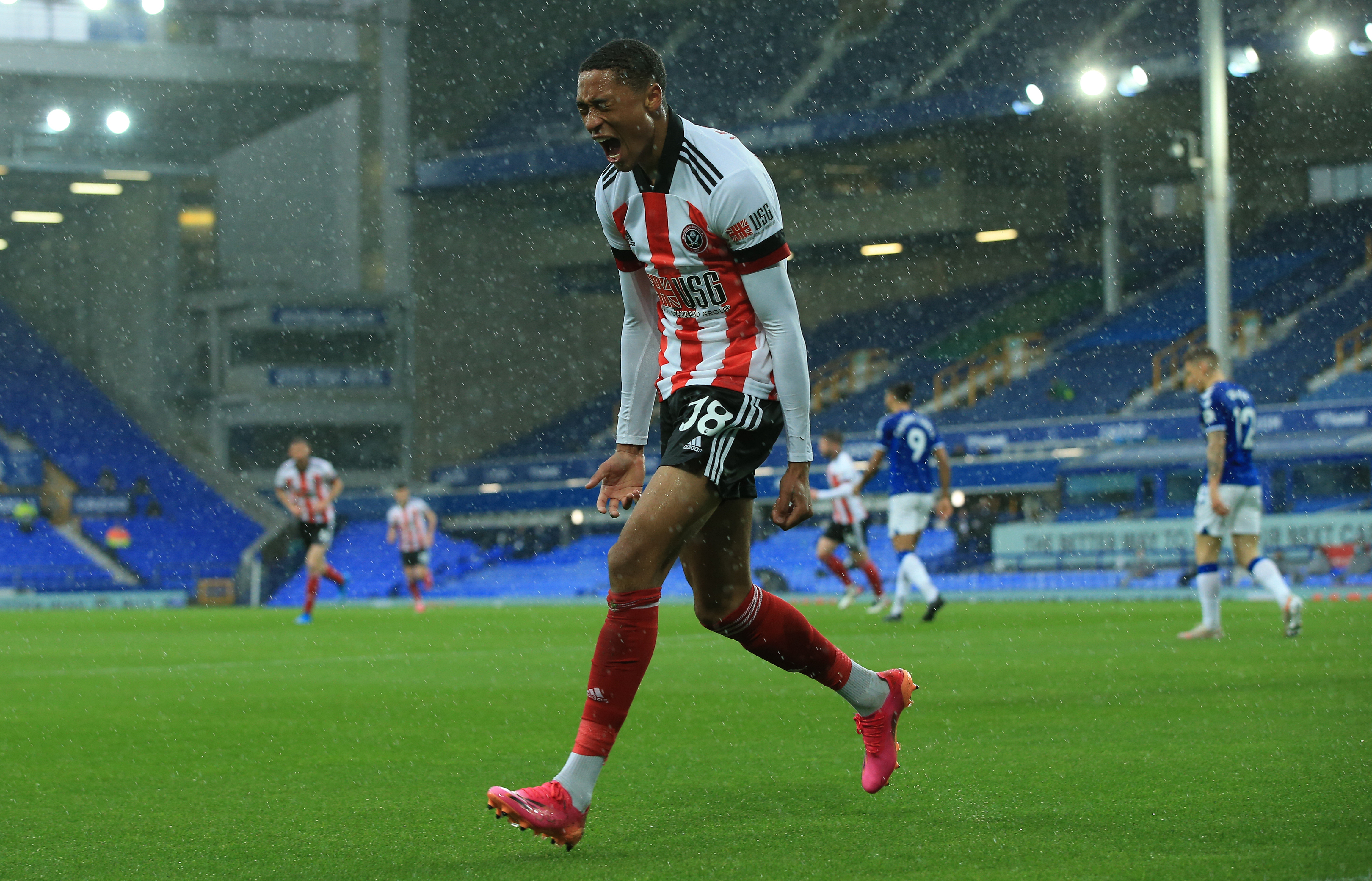 But after becoming, at 17 years and 309 days, the youngest player in Premier League history to score on his first start, the Germans will be just two of the heavyweights sniffing around now.

Two games for the National League side was Jebbison’s lot, with little else expected this season.

As the Blades’ senior strikers firing blank after blank and relegation long ago confirmed, caretaker Paul Heckingbottom threw caution to the wind.

And how Jebbison grasped the chance, taking just seven minutes at Goodison Park to write himself into the history books.

A typical striker’s goal, the starlet ghosted in at the back post unmarked to bury Jack Robinson’s cross.

A rare glimmer of light in the most depressing of season’s for United, the Bramall Lane faithful will head to Sunday’s home game against Burnley with a spring in their step.

But with everyone across the continent now alerted, they should enjoy him while it lasts.

Aaron Ramsdale kept Sheffield United in it with three great first-half saves, but he was hardly under the cosh.

It’s now nine league defeats on their own turf – the first time that has happened – and their European dreams are now surely dead.

If they sneak seventh and into the Europa Conference League then it would be a fitting end for a side that flatters to deceive like few others. 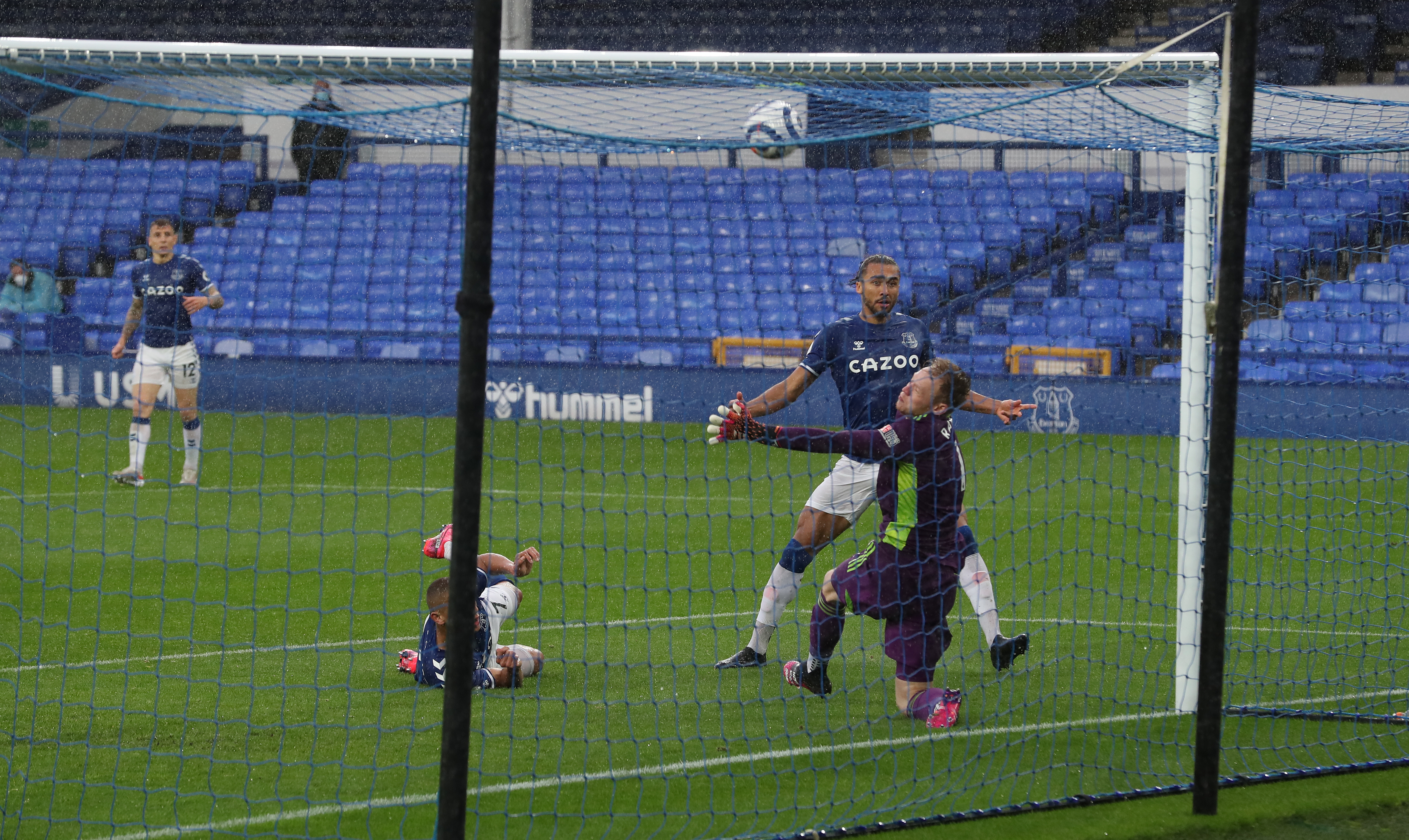 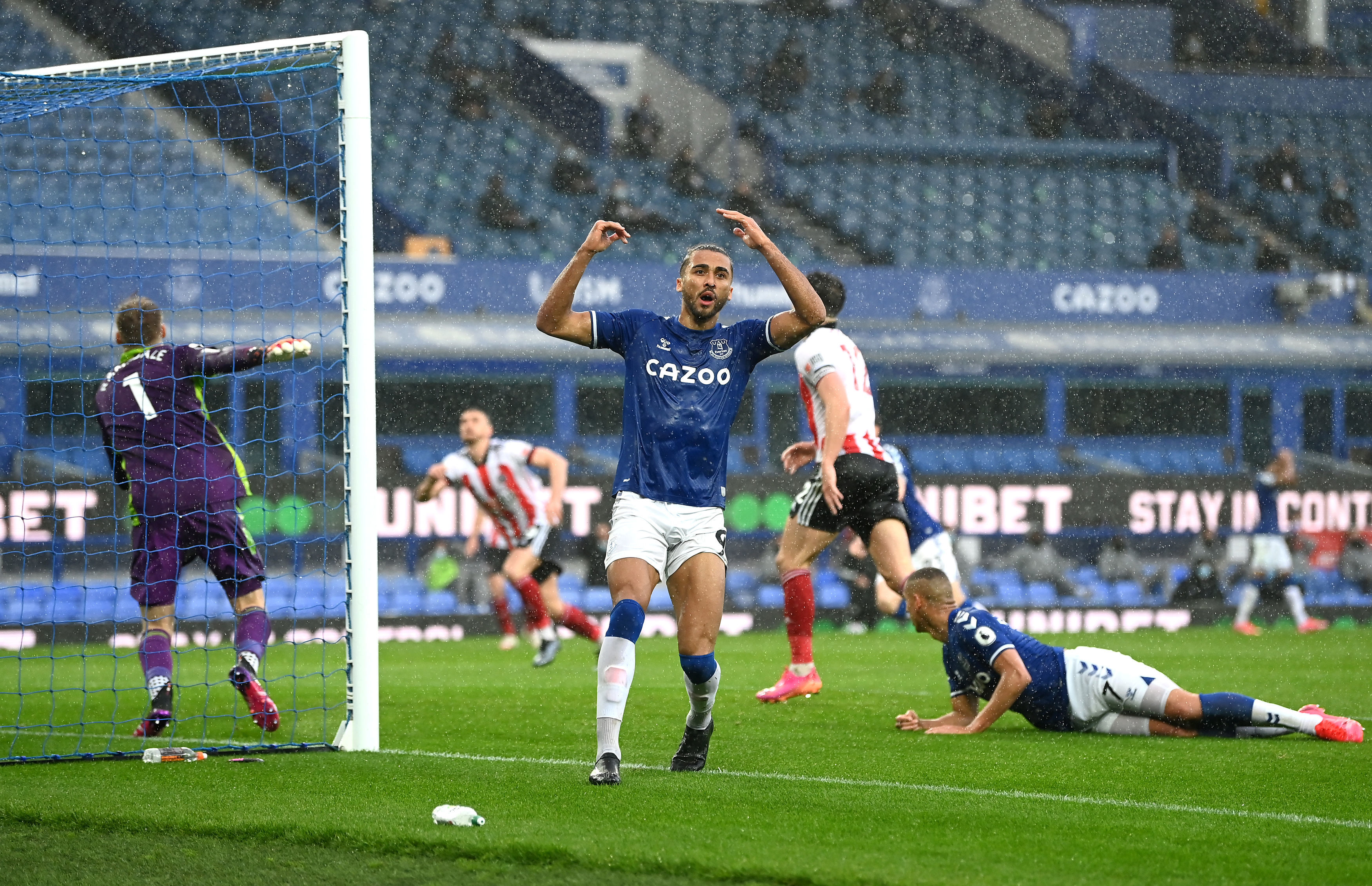 Instead, after two measly wins from their last 10, they’d be well within their rights to hammer the flops against Wolves on Wednesday.

James Rodriguez was back having missed the last three but failed to inspire Carlo Ancelotti’s plodding Toffees.

And they were behind seven minutes in via the Canada-born youngster who moved to the UK five years ago with his English mum.

Marauding centre back Jack Robinson skipped past Allan at the top left of the box and fired it across goal, with the teen sliding in behind the dozing Ben Godfrey to open his account.

Allan nearly equalised moments later from the top of the box, but Ramsdale got down superbly to his right having seen it late.

But the buoyant Blades were back in control and reminding everyone how they were once half-decent. 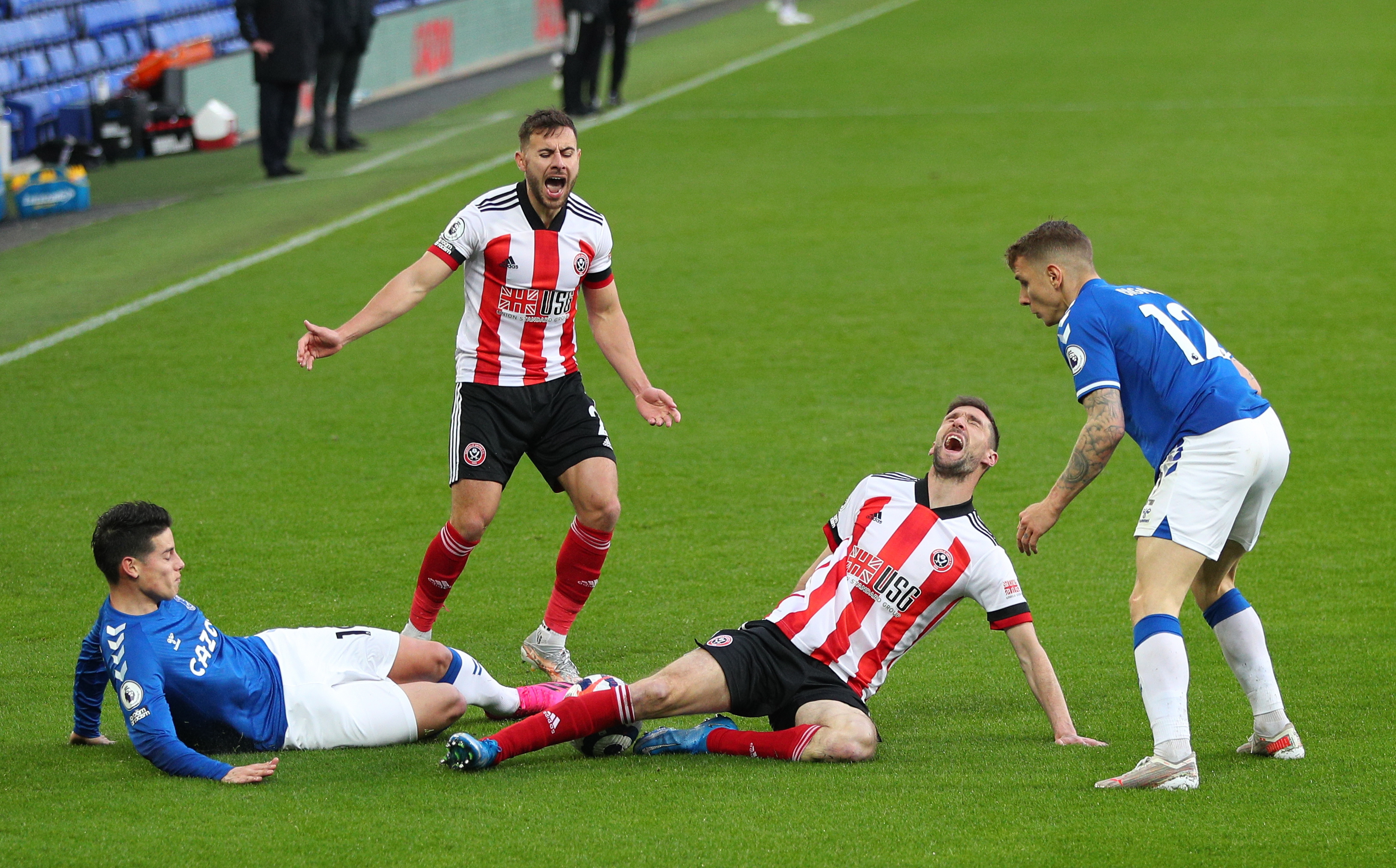 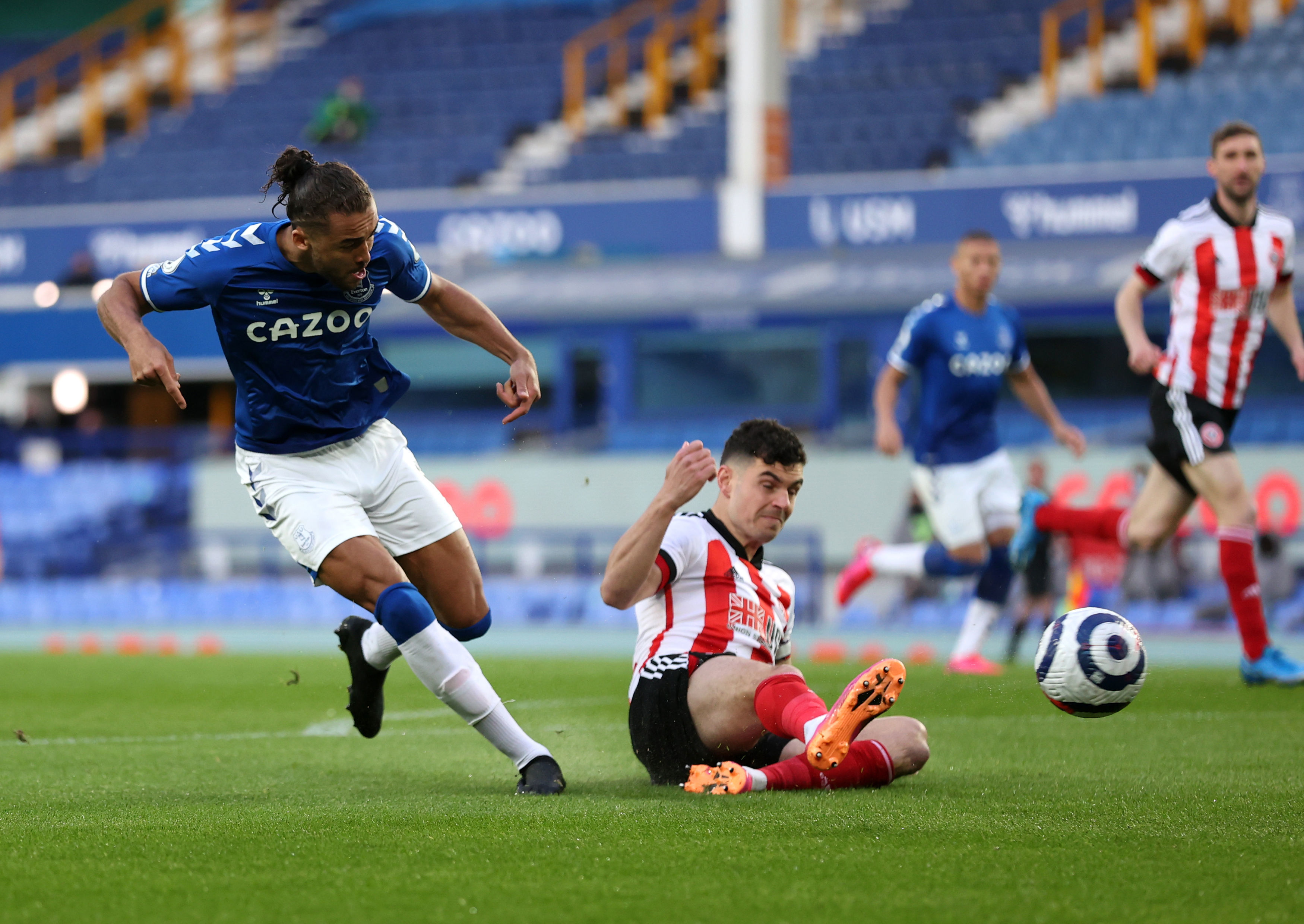 Crisp passing, runners off the ball, relentless, organised and fierce in the tackle – remember that side?

Meaningless and all far too late as the Championship beckons, but at least their fans can head into next season reassured that maybe they aren’t all damaged goods after all.

And Jebbison had a great chance to double the lead following Mason Holgate’s horrendous back pass.

Jordan Pickford was sold horribly short but held his nerve and stood tall to block the youngster’s chip before his weak effort on the rebound.

But the former Bournemouth man was exceptional here, backing up his earlier stop with a stunning double save to deny Richarlison and Dominic Calvert-Lewin.

Ancelotti hooked Holgate for Gylfi Sigurdsson at the break but, by and large, the South Yorkshiremen were untroubled.

Richarlison found room down the left but his near-post effort was meat and drink for Ramsdale.

The visitors looked most likely to score though, with David McGoldrick going closest.

No bother though as they held on for only their sixth win, ending a perfect night for history-maker Jebbison.