ENGLAND fans have hit the pub ahead of tonight's final Euro 2020 group game against the Czech Republic.

Excited supporters have turned the sky red and white as they let off flares across the country in support of our boys. 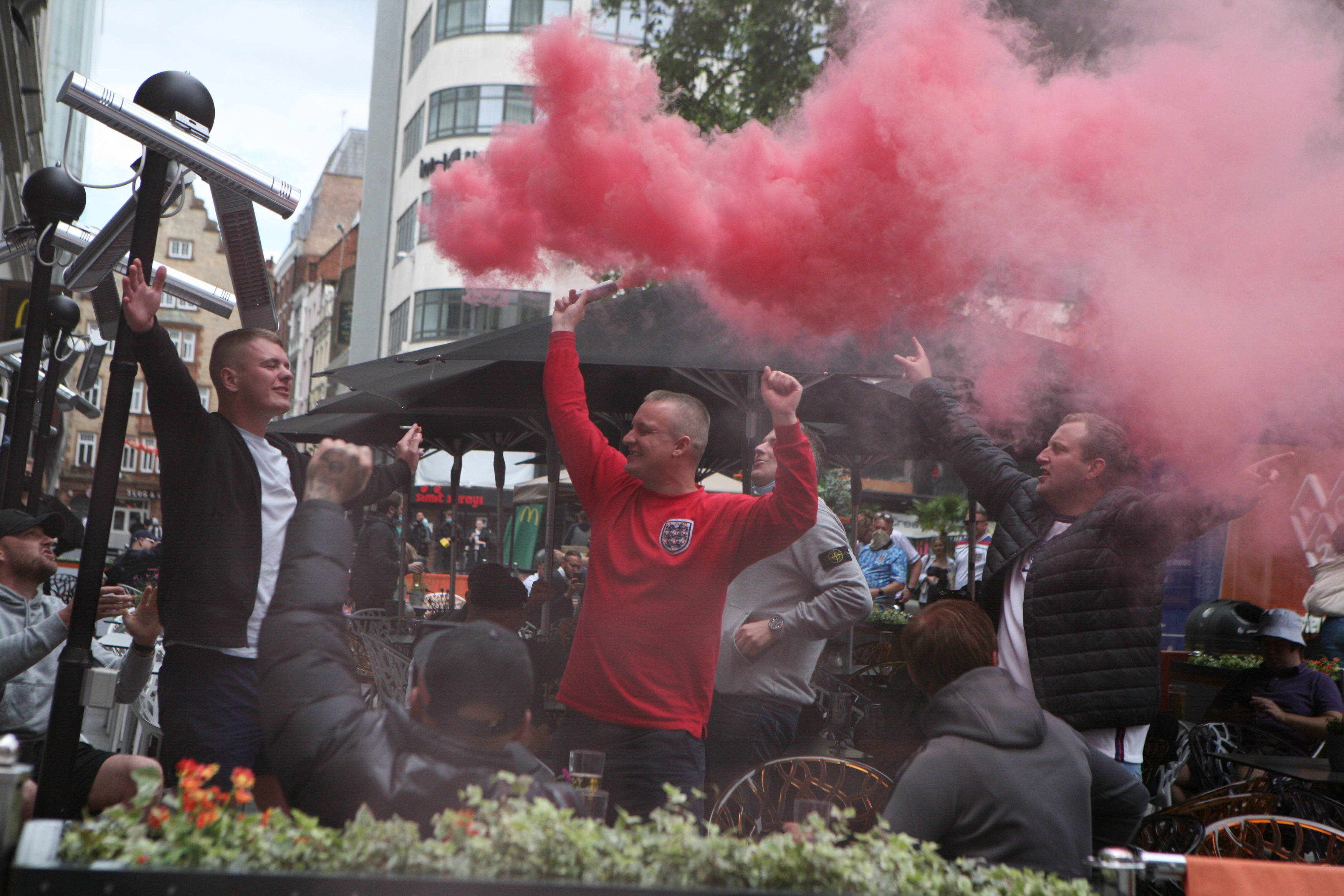 Thirsty supporters are set to sink 3million pints as England hope to leapfrog the current leaders of Group D and advance to the next stage of the tournament.

The British Beer & Pub Association (BBPA) reckons a further 3million drinks will be necked during the lead-up to tonight's game at 8pm.

England are facing a string of possible routes through the Euros but have at least already advanced to the final 16.

Tonight's game is now a battle for top spot – with the Three Lions potentially coming first, second or third. 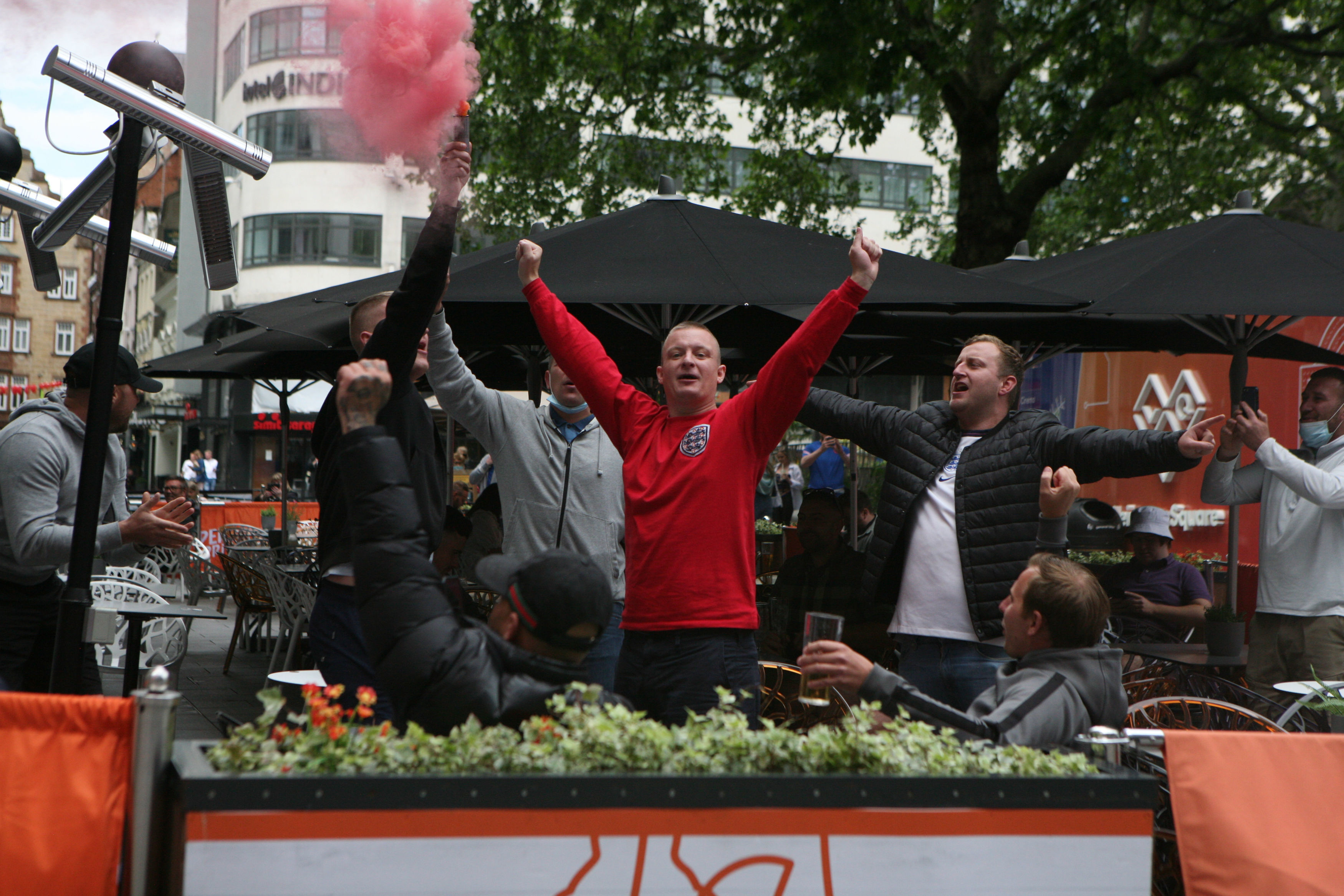 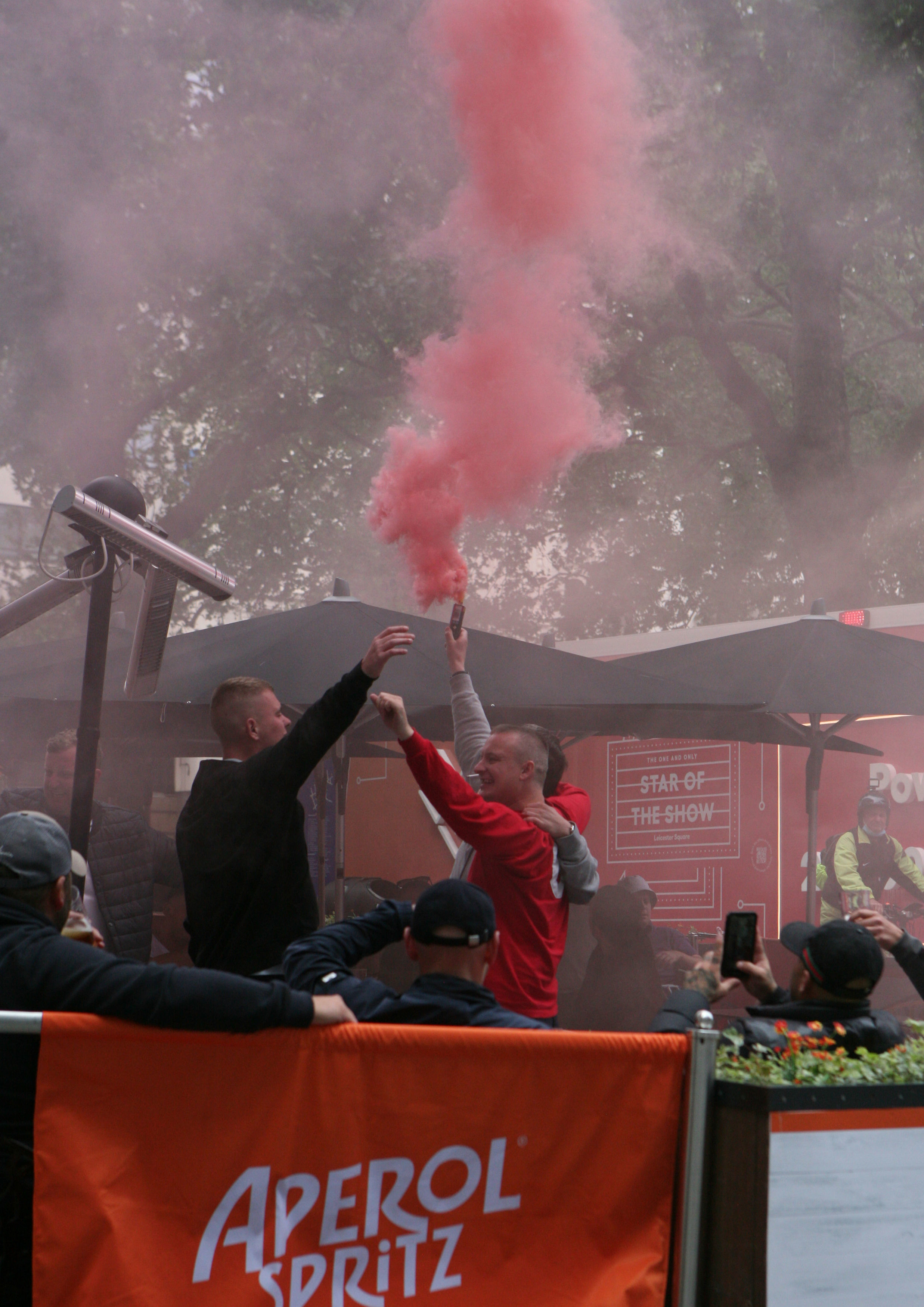 If England beat the Czechs, Gareth Southgate would lead his men out under Wembley's famous arch against the second-placed team from Group F.

But some fans fear a win would put an end to our chances of progressing further in the tournament as we would have to take on France, Germany or Portugal.

If the Three Lions lose 1-0 against Czech Republic and Scotland beat Croatia 2-0, the Scots would finish second due to having scored more goals.

England could finish second if they draw tonight – meaning our next game would be against the runners up in Group E.

Sweden are currently top of Group E, and Spain and Slovakia can still mathematically win it as well, which would be an easier route through. 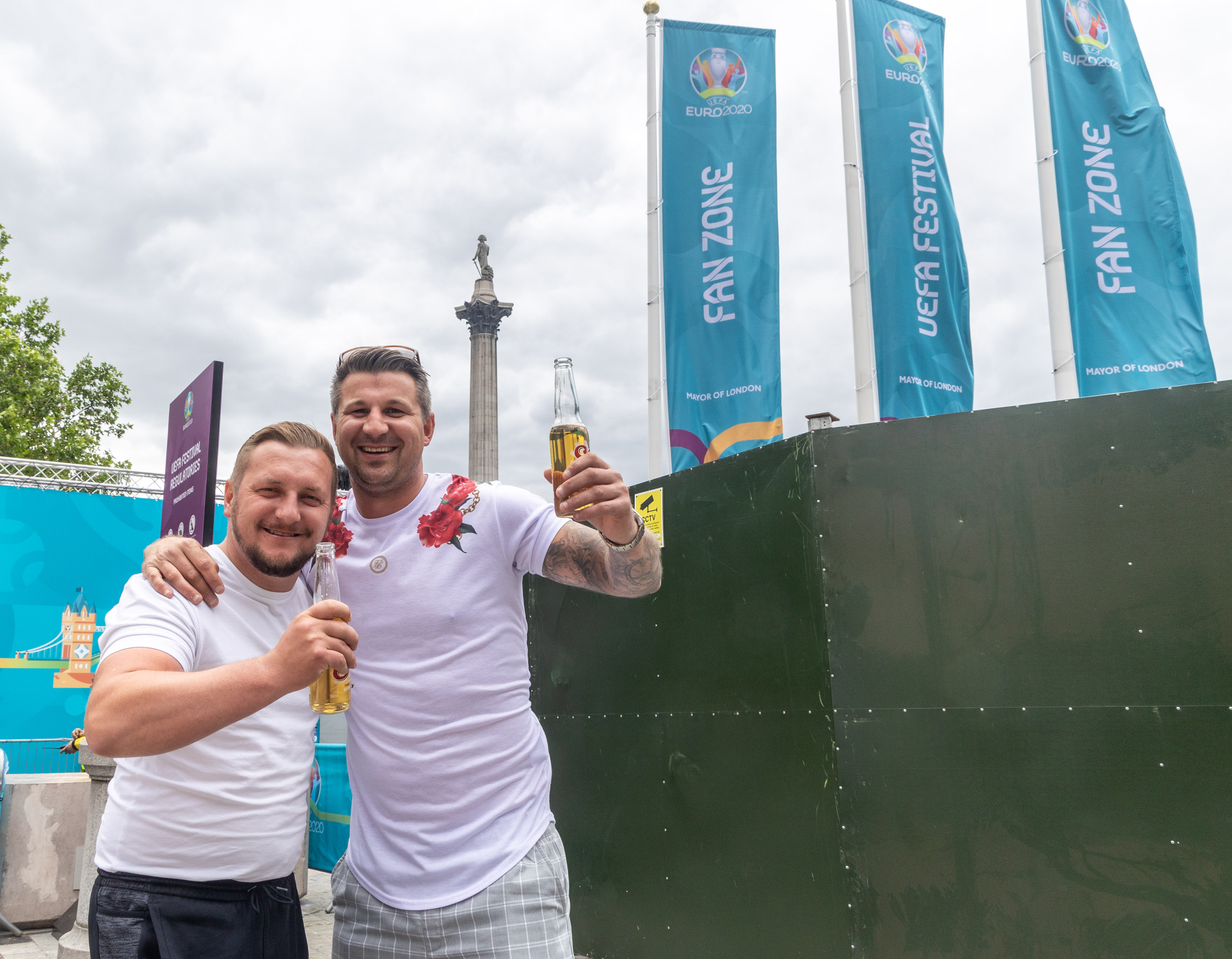 If England finish third in the group they could either play Belgium, Holland or Sweden as things stand.

But the team has already been thrown into jeopardy with Mason Mount and Ben Chilwell forced to isolate after coming into contact with Covid-stricken Billy Gilmour.

The Three Lions' campaign got off to a promising start on June 13 when they broke their Euro curse to win their first-ever opening game in the tournament.

Raheem Sterling scored a blinder in the 57th minute against Croatia – with fans allowing themselves to believe the team could end 55 years of hurt.

But a shaky display against the Auld Enemy on Friday dampened hopes England could bring football home for the first time since 1966.

Scotland managed to see off any chance of a goal from Gareth Southgate's men as the game ended in a dull 0-0.

There ended up being more action outside Wembley as the Tartan Army invaded London for the historic clash dressed in kilts with bottles of Buckfast.

And Scots fans are out in force again tonight for their do-or-die clash against Croatia.

The team has never qualified for the next stage of the tournament meaning a win tonight would make history.

Thisyear's tournament has touched the nation after Covid forced it to be delayed for a year.

Fans have been urged to rally behind the troops, give Covid the middle finger and finally allow hope to cut through the bleakness of the pandemic.

England is also hosting the semi-finals and finals of the Euros – meaning the Three Lions getting to the end is even more important.

The country last hosted a major tournament 25 years ago for Euro 1996 – one Southgate will definitely want to forget after missing a crucial penalty in the semi-finals. 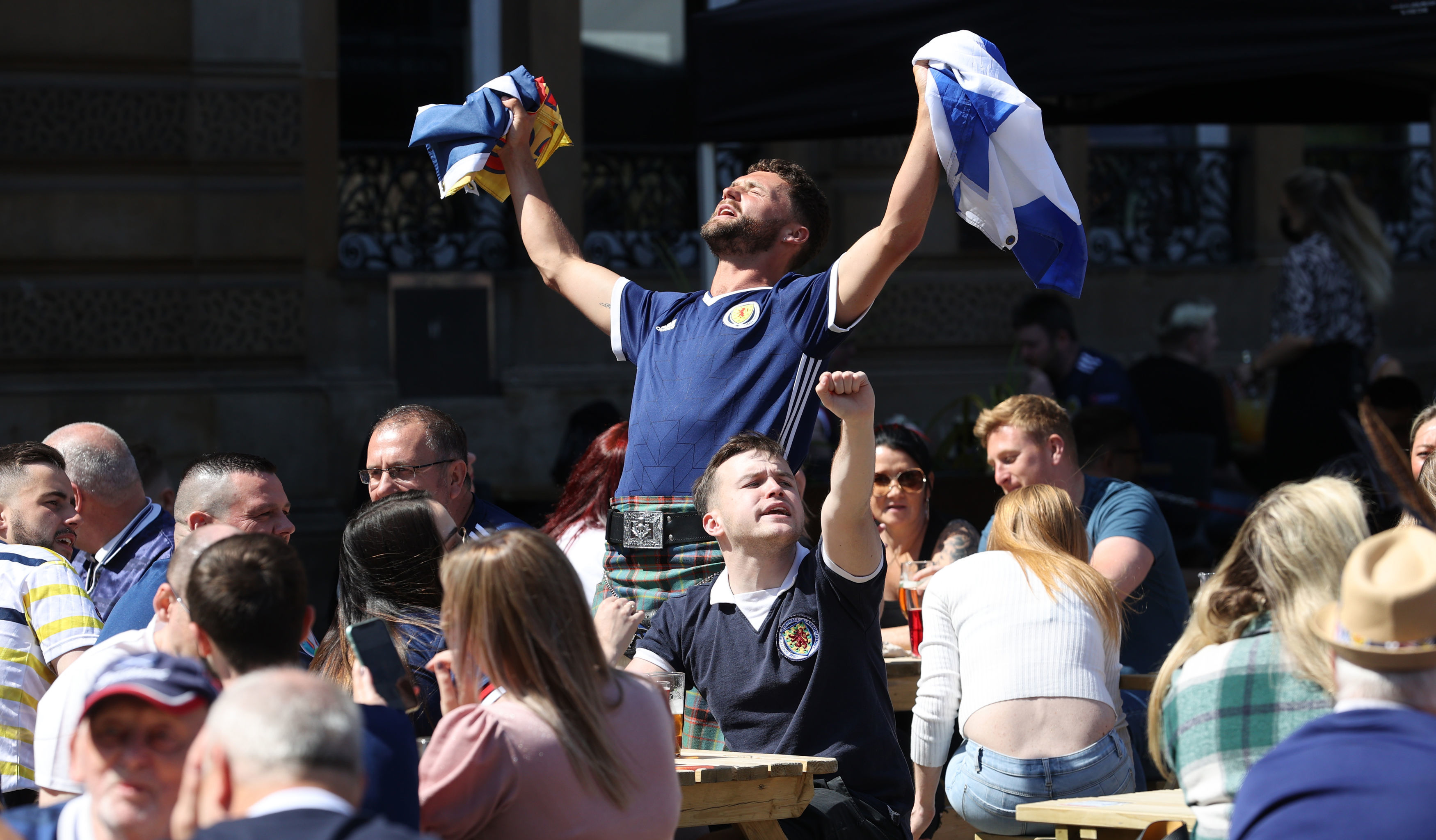 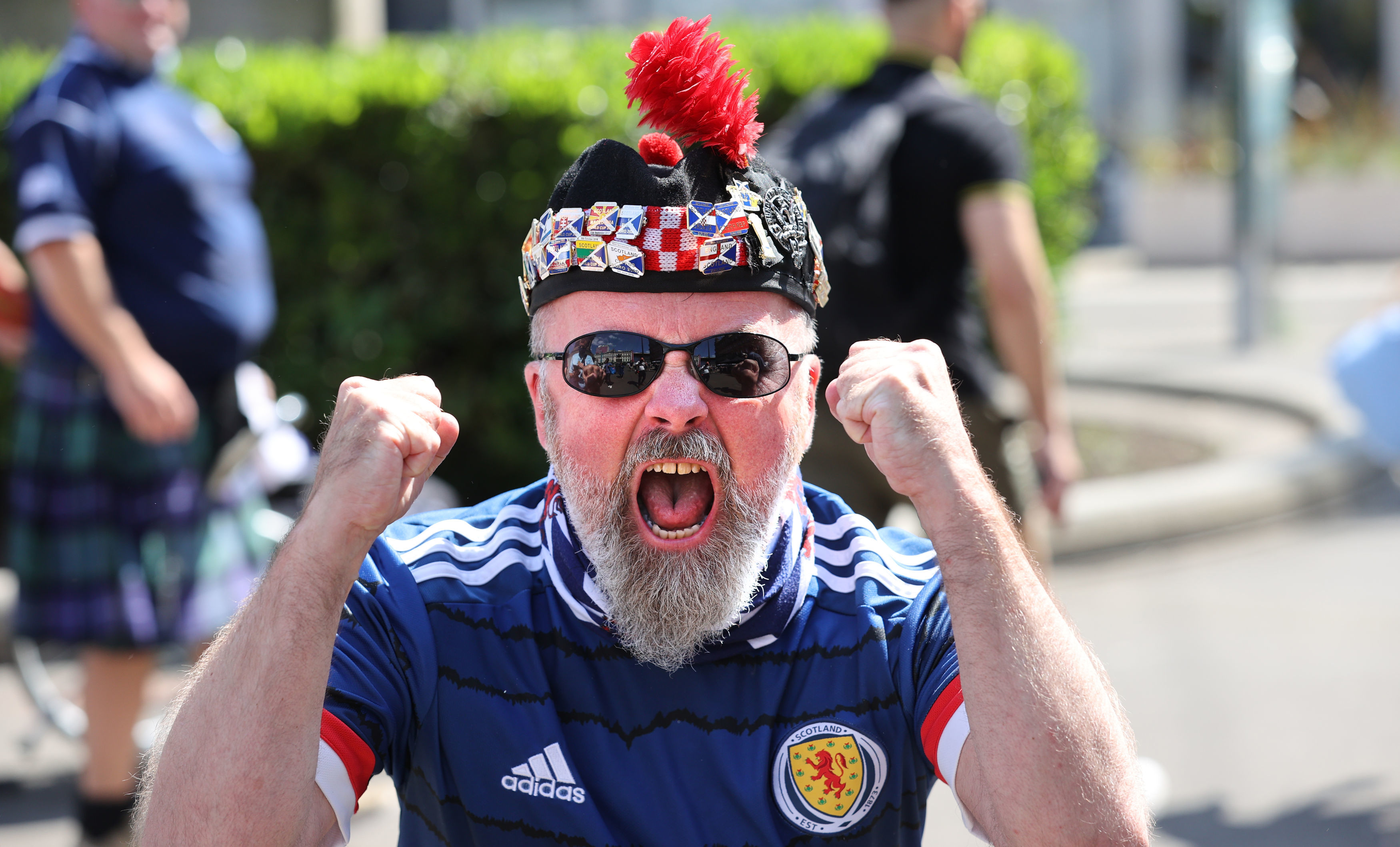