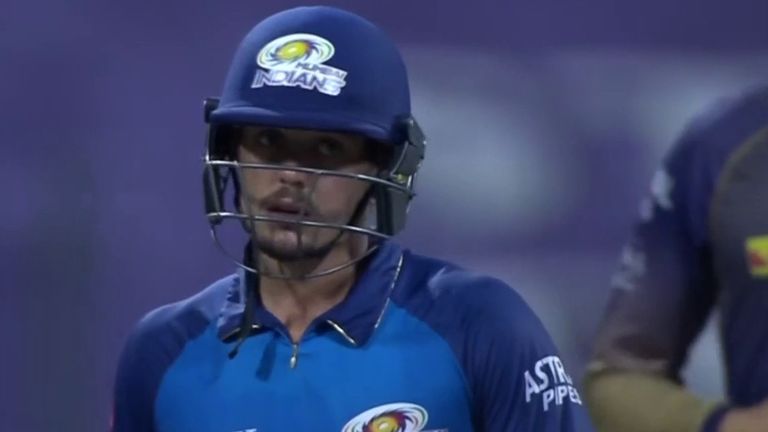 Eoin Morgan’s tenure as Kolkata Knight Riders captain got off to losing start as Quinton de Kock powered Mumbai Indians to an eight-wicket victory that saw them leapfrog Delhi Capitals at the top of the IPL.

Morgan – who has taken over as Knight Riders skipper from Dinesh Karthik – hit an unbeaten 39 from 29 balls in an unbroken sixth-wicket stand of 87 with Pat Cummins (53no off 36) as Kolkata rallied from 61-5 to post 148-5.

However, De Kock (78no off 44) thumped a 25-ball fifty – his third in his last four innings – in a 94-run partnership with fellow opener Rohit Sharma (35) and Mumbai swept to their target with 19 balls to spare in Abu Dhabi to record a fifth straight win.

Hardik Pandya (21no off 11) blazed Cummins for three boundaries in four balls in the 16th over and then completed a comprehensive win in the next as Mumbai moved ahead of Delhi at the IPL summit on net run-rate.

Back-to-back defeats for Kolkata – they were trounced by Royal Challengers Bangalore on Monday – have left them four points adrift of the top two in fourth place, with a top-order collapse proving costly against Mumbai.

Kolkata were 42-3 when Morgan strode to the wicket, which became 42-4 next ball when Mumbai leg-spinner Rahul Chahar (2-18) had Karthik bowled on the sweep to tee up a potential hat-trick. 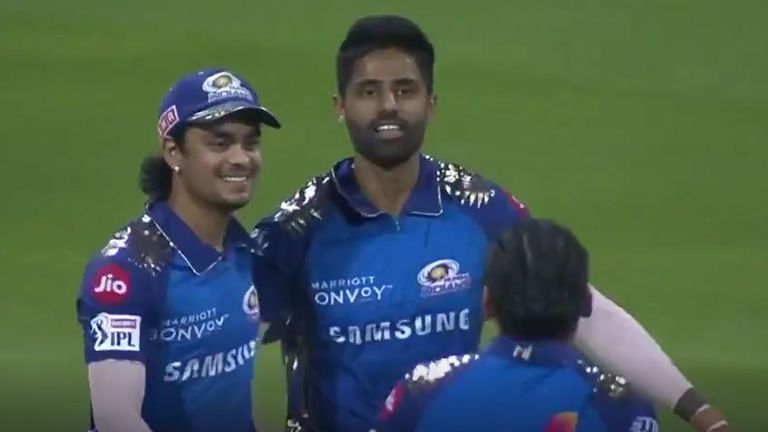 Andre Russell denied Chahar that achievement but, after slamming a four and a six, the Jamaican was bounced out by Jasprit Bumrah (1-22) as Mumbai took complete control of the innings.

Kolkata did go on to post a total that looked set to challenge Mumbai, with Australia star Cummins completing a maiden T20 fifty after being dropped by wicketkeeper De Kock on 36 and Morgan cracking two sixes in Nathan Coulter-Nile’s 21-run final over. 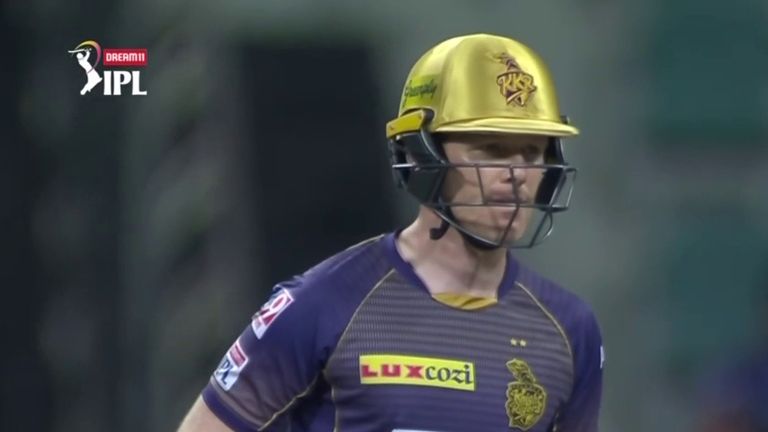 Yet the chase proved routine for Rohit’s men, with De Kock atoning for his error in in the field by striking nine fours and three sixes.

Rohit was dismissed in the 11th over, snicking Shivam Mavi behind a ball after smoking the young seamer over cover for his sixth and final boundary.

Suryakumar Yadav (10) then swept Varun Chakravarthy onto his stumps in the 14th over for a run-a-ball 10 but there would be no wobble, with De Kock and Pandya ensuring Mumbai won at a canter.

Suryakumar was skittish with the bat but did produce a moment of magic in the field, with his stunning catch at backward point to remove Rahul Tripathi bagging Mumbai their first wicket of the evening.

Coverage of the Dream11 Indian Premier League continues on Saturday with a double header. Watch Rajasthan Royals vs Royal Challengers Bangalore from 10.50am on Sky Sports Cricket and then Delhi Capitals vs Chennai Super Kings from 2.50pm on the same channel.