ENGLAND successfully qualified for the World Cup with a 10-0 victory over San Marino on Monday night.

Now, 12 months out from the tournament in Qatar, Gareth Southgate has to work out who will be in his starting XI for the first game of the finals. 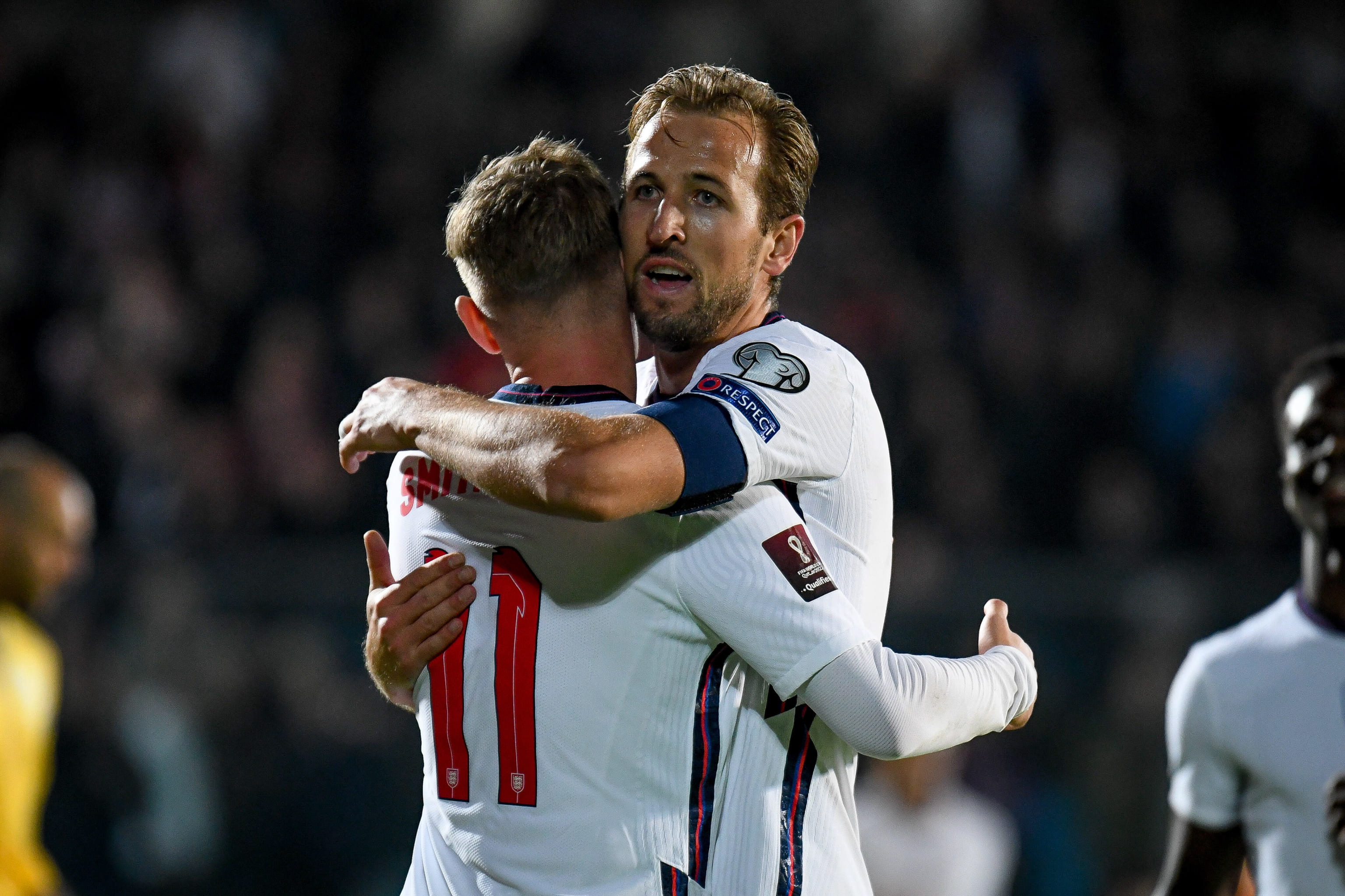 It is a daunting task for the England boss, who has a plethora of options to choose from heading into his second major tournament as manager.

So we have asked some of SunSport's experts to decide what they feel the team should be at the Qatar World Cup.

Here are their thoughts. 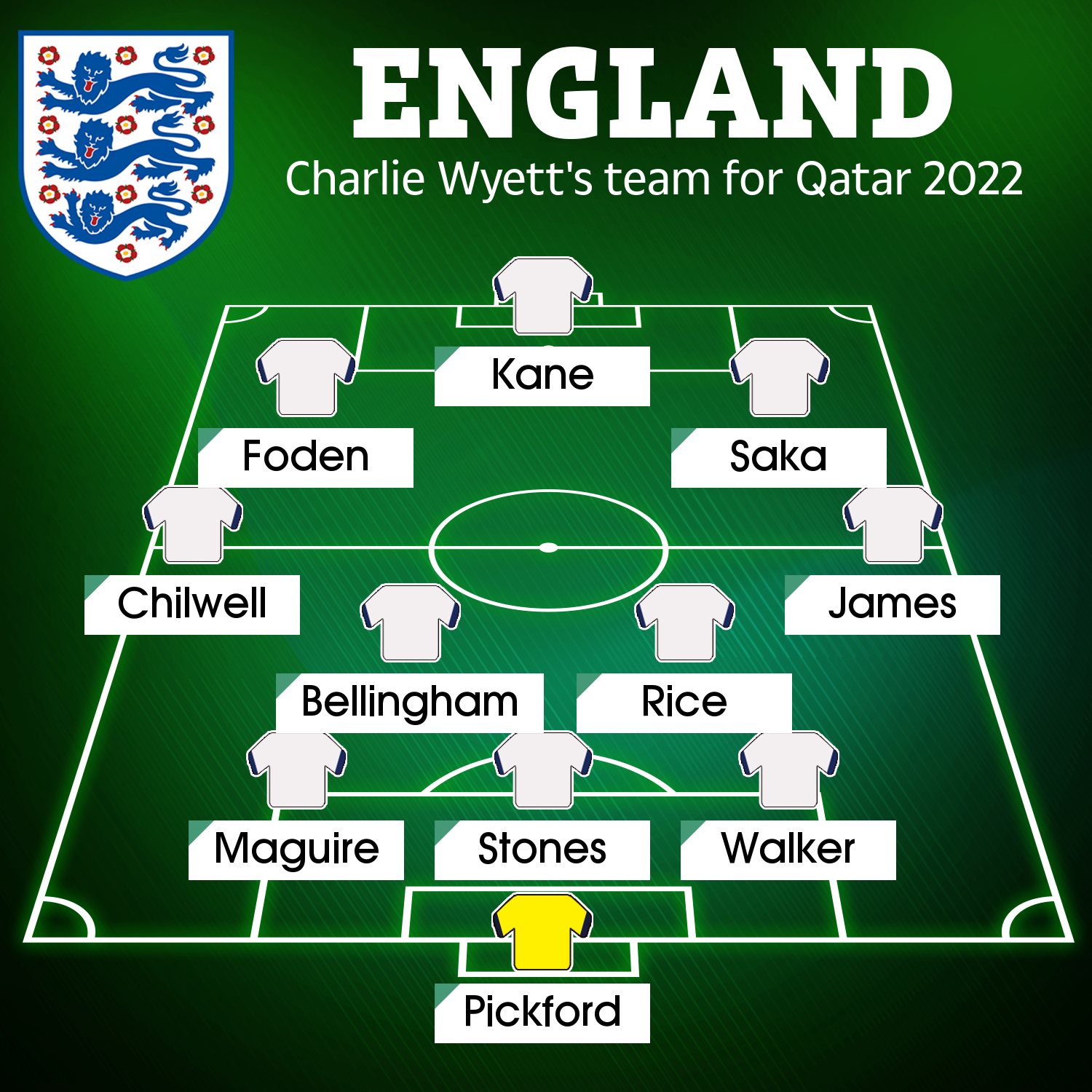 Jude Bellingham gets into my starting line-up ahead of Kalvin Phillips. Although it would mean Phil Foden playing on the left, Bukayo Saka comes in for Raheem Sterling. I would also go with both current Chelsea wing-backs, Reece James and Ben Chilwell. 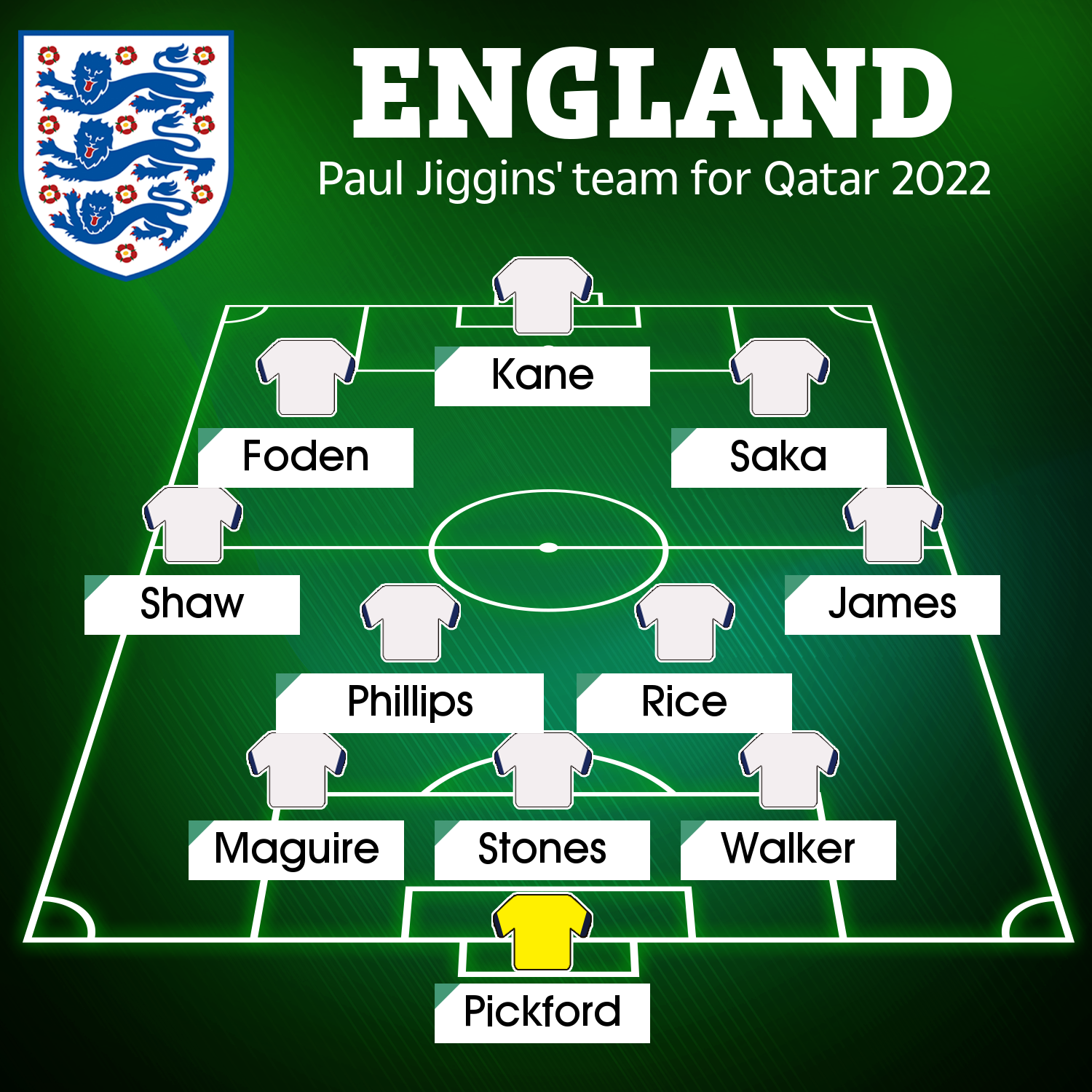 It is clear Southgate will now go with his preferred three at the back, meaning they and keeper Jordan Pickford virtually pick themselves. The manager’s biggest problem is how to pick from his embarrassment of attacking riches to feed Harry Kane. I have gone for Saka and Foden at the moment but this could change by the time the Finals come around in 12 months’ time. 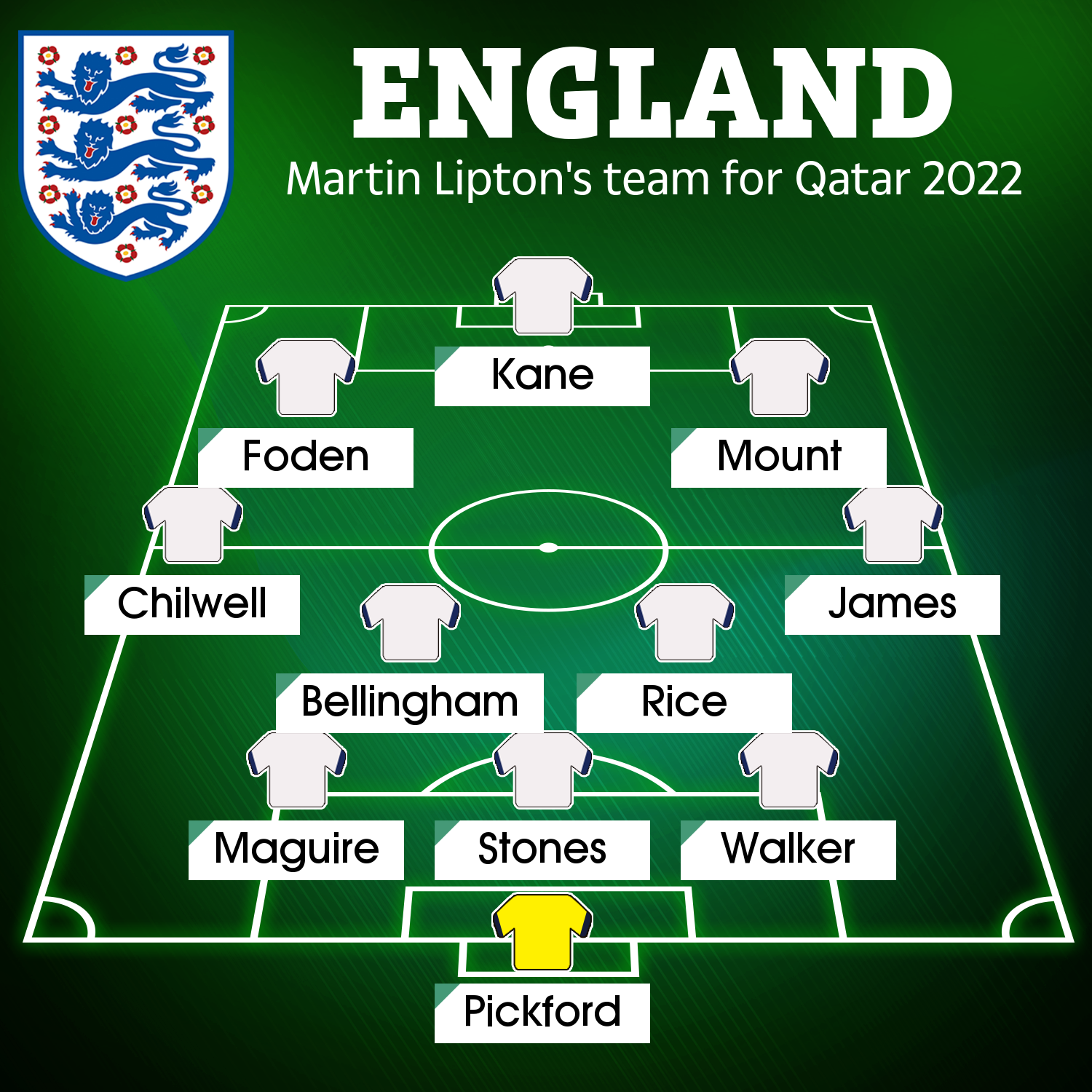 Raheem Sterling starts on the bench despite his Euro 2020 heroics. Bellingham has the potential to be the best central player and give real balance alongside Rice. But that means no place for Luke Shaw in the squad – because of Bukayo Saka’s versatility and Kieran Trippier’s ability to play on the left – and disappointment for Tammy Abrahams, Jadon Sancho, Dominic Calvert-Lewin, James Ward-Prowse among many. 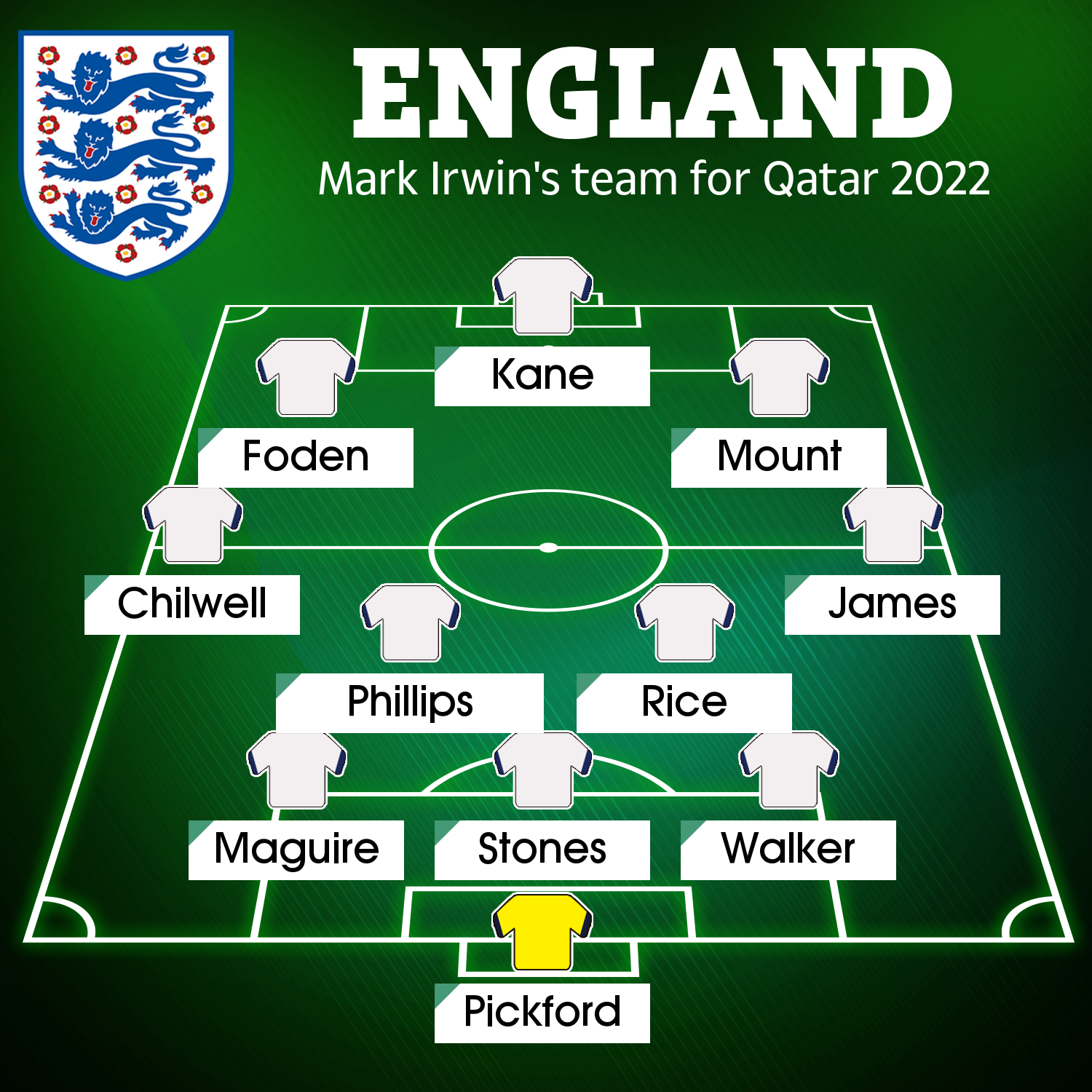 Southgate will have nightmares trying to cut his squad down to 23 players and there will be some huge stars among the high profile casualties.

Try as I might, I simply cannot find a way to squeeze Marcus Rashford into my squad because Dominic Calvert-Lewin is a more natural replacement for Harry Kane should the captain be unavailable. Kieran Trippier, Jadon Sancho, Conor Coady and Mason Greenwood also fail to make the cut. 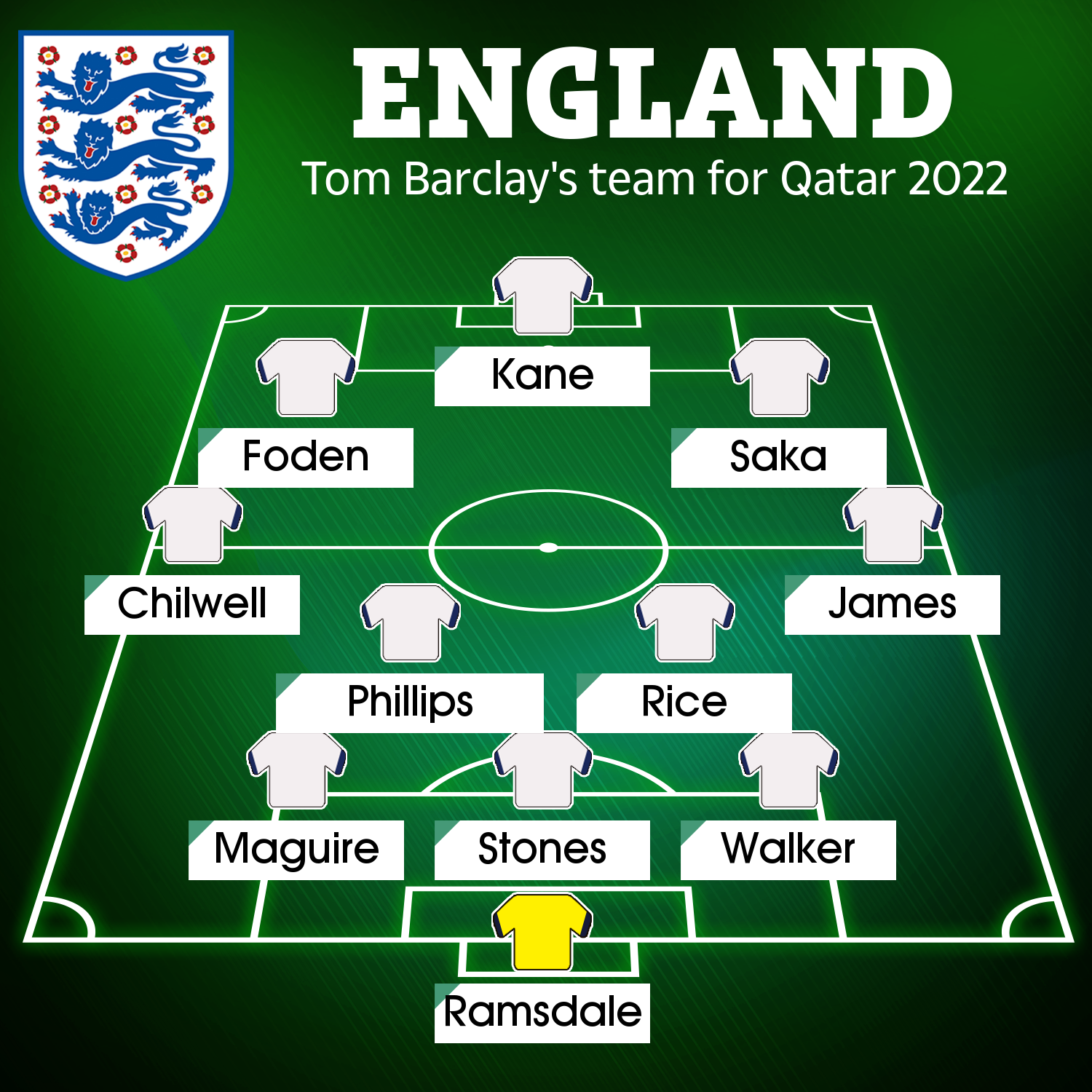 Southgate looks set to stick with three at the back after the Hungary experiment did not work.

And I think that now is the way to go given just how good Reece James and Ben Chilwell have become in the wing-back positions.

The hardest picks in my XI are Declan Rice’s midfield partner, the right centre-back spot and the right wing.

Kalvin Phillips is just shading Jordan Henderson and Jude Bellingham right now but it could easily be one of the others by the time the tournament begins.

Ben White and Marc Guehi are pressing for that right-sided centre-back spot but I think Kyle Walker’s pace, experience and all-round ability get him the nod.

Southgate’s biggest headache is most of his wide players love playing on the left – from Raheem Sterling, to Phil Foden, Jadon Sancho, Jack Grealish and Emile Smith Rowe – but not the right.

The only player to convince me on the right is Bukayo Saka, who is getting better and better every week.