Seamer Brunt and all-rounder Sciver have been rested for the final game of the series at Chelmsford where England will go in search of a 3-0 sweep, live on Sky Sports Mix (channel 121) from 1.30pm.

Surrey’s Bryony Smith could make her ODI debut having been drafted into a revised 13-player squad – the 21-year-old played three T20Is for England in Mumbai in March 2018, two against Australia and one against India. “We’ve got a lot of good players throughout the squad and hopefully we’ll see someone sticking their hand up and making a case to stay in the side going forward,” said Knight.

“Katherine and Nat are obviously really big players for us so it’s important that we’re able to maintain our standards without them in the side.

“The more cricket we play the more we need to increase our strength in depth and that’s always a good thing for a side to have, competition for places. 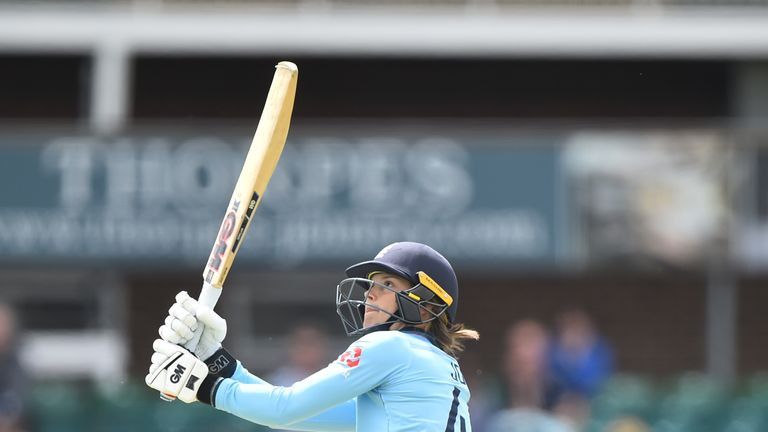 “So, for one of the girls who hasn’t been in the XI so far this series, or for Bryony, there could be a chance to show what they can do.”

Batters Fran Wilson and Lauren Winfield and all-rounder Jenny Gunn will also be hoping for their first action of the series having sat out the 208-run win at Leicester last Thursday and rain-affected 121-run victory at Worcester on Sunday.

Rain could strike again at Chelmsford, where England will be aiming for a 13th consecutive win across all formats. “The forecast isn’t great but we can’t plan for that,” said Knight, who scored 94 in her team’s win in Leicester.

“We obviously want to get out there and maintain this good run of form.