JIMMY ANDERSON has achieved many things in his career — but never perhaps taken wickets when he was not even meant to be playing.

Yet even Anderson’s seemingly remarkable recovery from a thigh twinge could not rescue England from  KL Rahul and Co on day one of the Second Test. 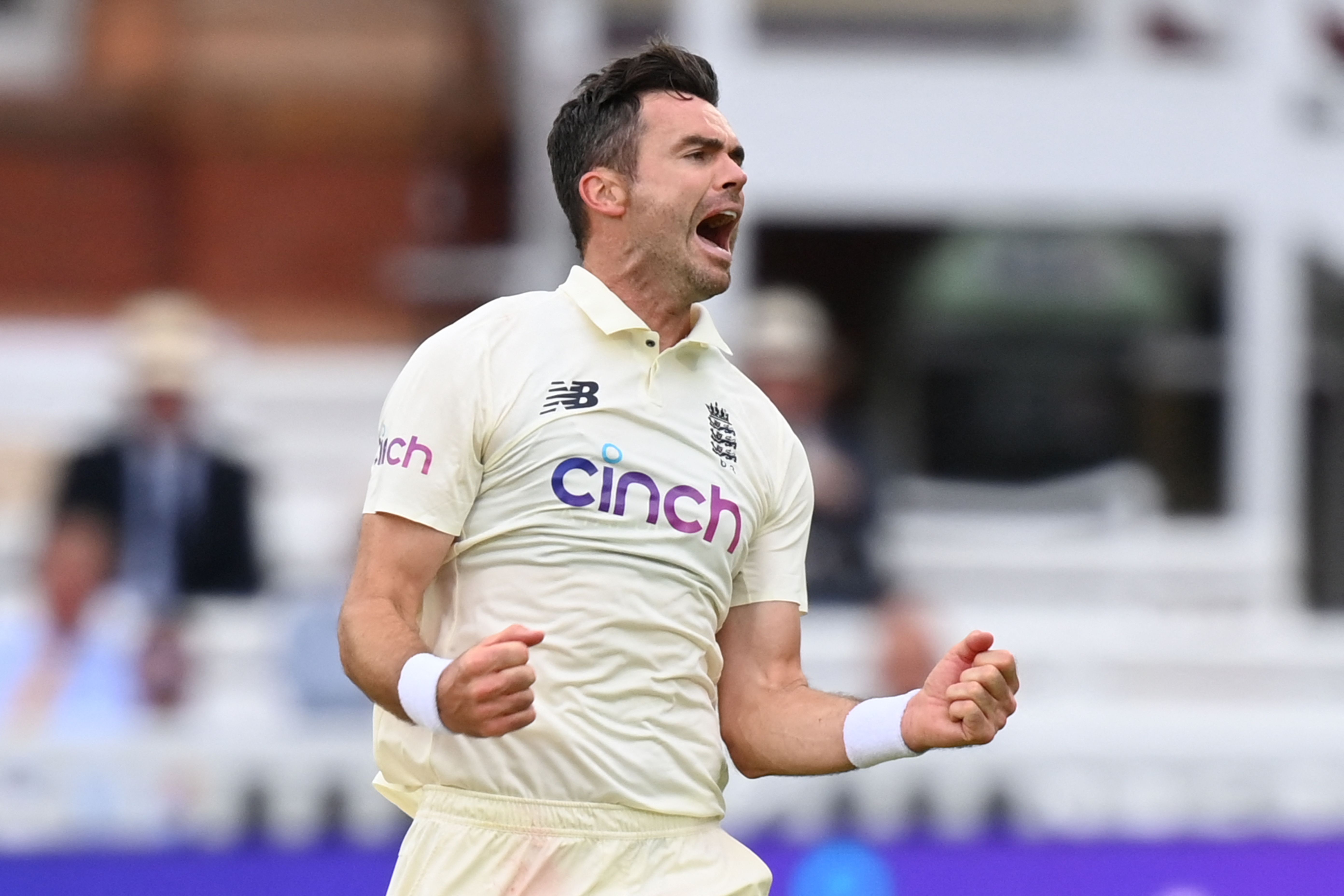 The Lancashire swing bowler took two of the three wickets as India reached an imposing 276-3 after Joe Root put them into bat.

And as decisions to bowl first go, it has the potential to be up there with the most disastrous perpetrated by an England captain. Root’s call may have been justified by rain that delayed the start, the morning cloud cover and the greenish tinge to the pitch, but it turned out to be a dud.

Certainly, much less  successful than at Lord’s in 2018 when Root again chose to bowl first and England routed India for 107 all out.

This time, India batted with skill and discipline and the ball did not move as much as Root had hoped.

Rarely can England have created fewer chances in a whole day.

Indian openers Rahul and Rohit Sharma resisted England’s early thrusts with the new ball with scarcely a tremor. Rohit made 83 and Rahul was rewarded for his early vigilance with a fine century.

Even Ollie Robinson’s dismissal of Virat Kohli for 42 in the closing overs could not take India’s dominance away.

The word from the England camp on Wednesday was that Anderson was ruled out of the match.

But a scan that afternoon showed no issues and Anderson was keen to play.

After a pre-match fitness test on the outfield, Root and head coach Chris Silverwood granted him his wish.

Haseeb Hameed replaced Zak Crawley at No 3 and made his first international appearance for 1,717 days.

Moeen Ali played his first home Test since 2019 and Mark Wood came in for Stuart Broad, who is out for the  summer with a calf tear.

Robinson revealed: “Jimmy said he was fine so talk of him not playing was precautionary as it is a long series.

“He declared himself fit and bowled very well.

“It was a privilege to share the new ball with him.

“On another day, we might have taken more wickets. There were a few plays and misses but credit to the Indian batsmen, they played very well.

“But to get the wicket of Kohli  was huge and gives us some momentum for the morning.”

Rohit was more aggressive than fellow opener Rahul, although aggressive is probably the wrong word because it suggests violence. Rohit’s batting is all about  timing, placement and style. 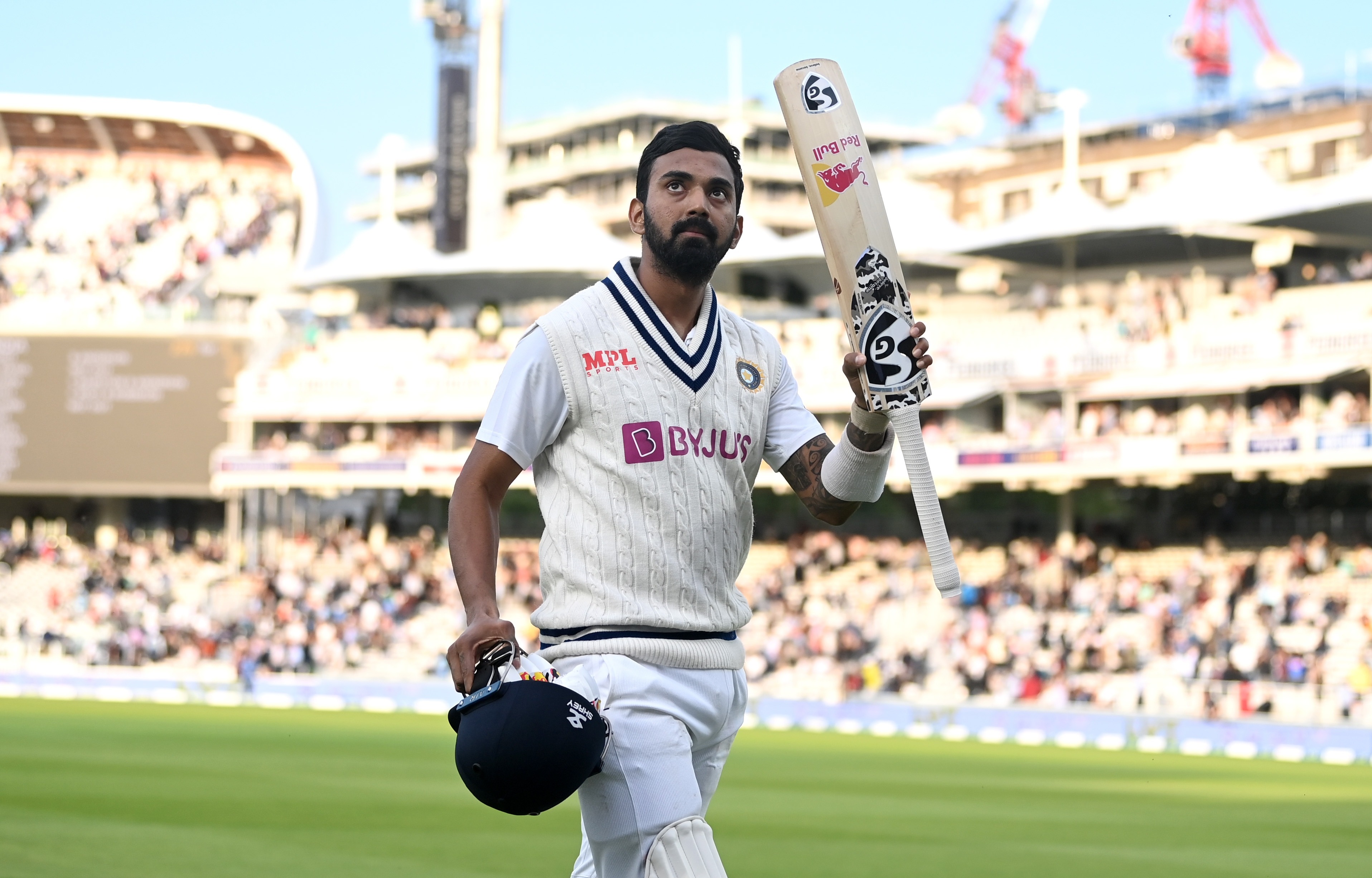 He took four boundaries from one of Sam Curran’s early overs and looked calm and composed.

A top edge off Wood sailed for six and then Rohit pulled a 93.4mph thunderbolt from the Durham fast bowler unerringly in front of square for four.

The opening stand of 126 was two short of  the highest ever made against England at home after they put in the opposition.

That was 128 by Aussie Michael Slater and Mark Taylor at Old Trafford in 1993.

Rohit was bowled for 83 by  a ball from Anderson that nipped back and brushed the pad before clattering into the stumps.

Cheteshwar Pujara has been struggling for runs and again looked out of touch before Anderson found the edge of his bat and Jonny Bairstow snaffled the catch at third slip.

Rahul played a classic opener’s innings. His technique was orthodox — side-on with his left shoulder leading  — and his patience was unbreakable.

Eventually, when the ball became softer and the sun appeared, he began playing some shots, including several sumptuous cover drives.

Yet the much-anticipated rematch between Anderson and Kohli did not really materialise because only two of Kohli’s first 94 balls were from Anderson before the second new ball was taken.

Robinson had Kohli well held by Root at first slip but Rahul batted out the day for 127 not out.

Anderson bowled with his usual skill and control but Robinson had probably his least accurate day as an England bowler.

Wood was fast — very fast at times — but went at four-an-over while Curran was wicketless, too.