Tom Banton says he is under instruction from England captain Eoin Morgan not to change the way he plays as he prepares for his ODI debut.

It has been a year to remember for the opening batsman. He starred for Somerset in the Vitality Blast, was signed up for this year’s IPL and most recently earned rave reviews for his all-action displays for Brisbane Heat in the Big Bash.

On top of all that, Banton also made his England bow during the T20 series in New Zealand before Christmas, where he was told not to overthink things but simply to stick to the swashbuckling approach that earned him a place in the squad.

“Everyone was very supportive and they wanted me to carry on playing the way I have done,” he told Sky Sports.

“Morgs spoke to me after the first game and said ‘I don’t want you to change’ which is actually really good for someone like me, especially the way I play so he’s been good for me.

“Opening, especially in T20 cricket, you’ve got to take it to the bowlers straight away. You can have a look at a few balls and then you’ve pretty much got to go. Morgs was really good for me in that sense.”

Banton impressed, earning himself a place in the squad for the ODI and T20 series in South Africa, without scoring quite as many runs he would have liked in his first international series, with 56 runs and a top-score of 31 in three innings in New Zealand.

Since then though, his stock has risen further as he was snapped up by Kolkata Knight Riders in the IPL auction and then smashed three eye-catching half-centuries in seven innings in the BBL. So what did he learn from his stint in Australia?

“Just to back myself,” he said. “I’ve got there from playing the way I have done. Obviously there is going to be pressure on you, being the overseas [player] but, for me, I’m not going to change.

“I know this series might be a bit different, I might not be opening. I’m just going to have to wait my turn and see what happens.

“I’m not going to put too much pressure on myself, I’m going to go out and play how I have done.” 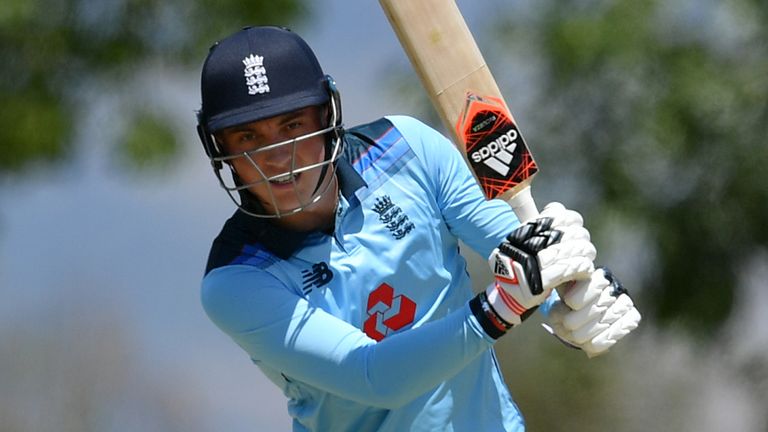 Sky Sports pundit Rob Key believes there are similarities with Kevin Pietersen in the way Banton goes about his batting.

Pietersen was able to excel across all formats for England and, while his success so far has come in white-ball cricket, Banton has ambitions to do the same.

“I definitely still want to play Test cricket but last year I did better in white-ball cricket so I’ve carried on doing that,” the 21-year-old explained.

“I’ve seen a few things asking ‘does he even want to play red-ball cricket?’ One hundred per cent. I love playing red-ball cricket, the thrill you get out of scoring a few runs is really nice because obviously it is a lot harder. But 100 per cent, I still want to do it.”

Asked what was necessary for him to improve in the longer format, he added: “Actually playing a bit of it! I’ve only played 10 first-class games or something.

“It’s a tricky one, especially now with the IPL, I’m going to miss the first seven games. But when I get back, I want to be straight into it. I’ll probably play a few second team games and then try and get into the first team.