ENGLAND survived a second-half scare to claim a last-gasp victory against South Africa at Twickenham.

The hosts welcomed their Southern Hemisphere rivals in a repeat of the 2019 Rugby World Cup final. 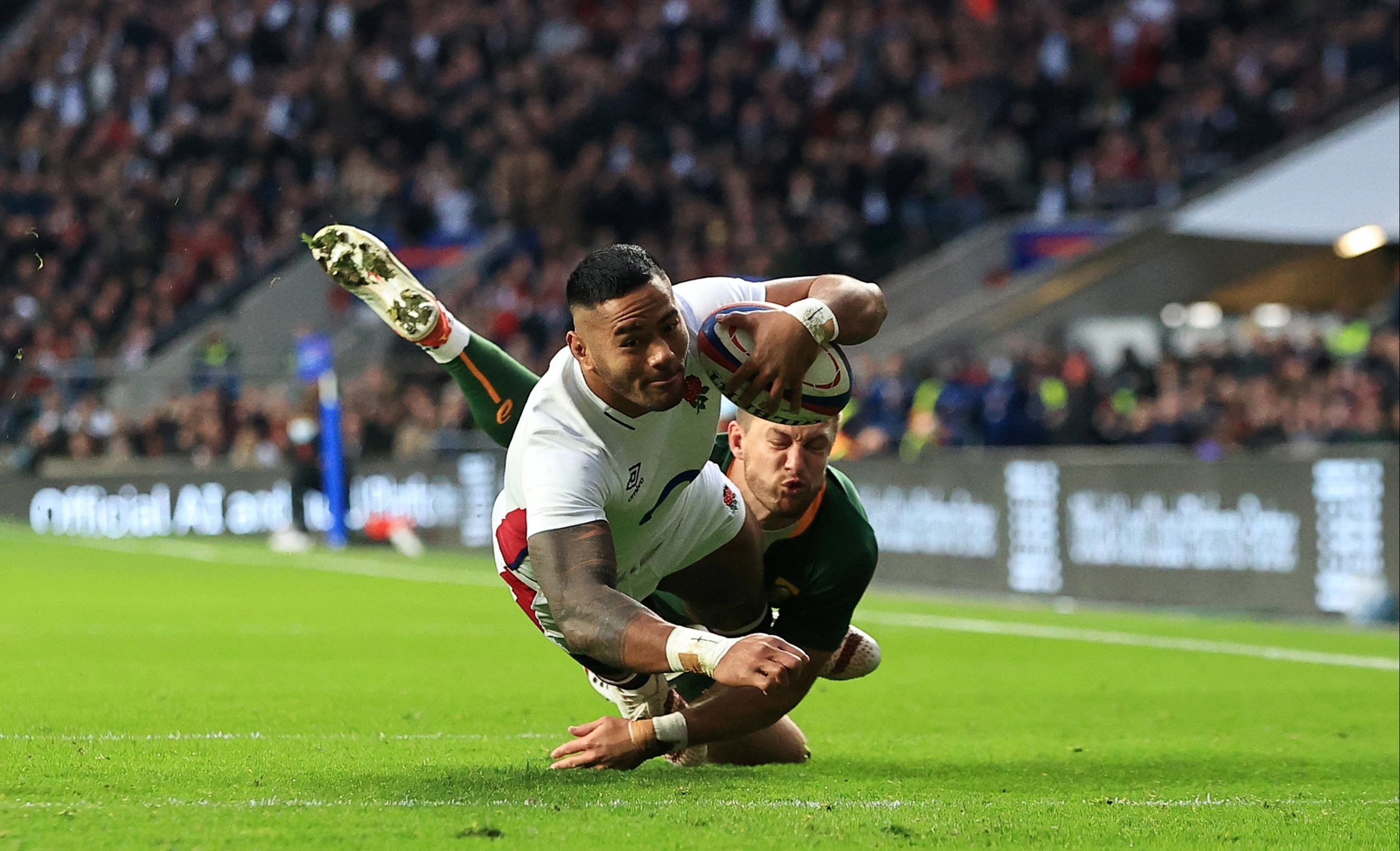 And the Red Rose got off to a flier as star Manu Tuilagi crashed over after just seven minutes.

Newcomer Freddie Steward followed that up with a score 10 minutes later as England cruised to a comfortable half-time lead.

But a Springbok fight-back after the break made for a tense finale in South West London.

Visiting fly-half Handre Pollard kept the scoreboard ticking over from the tee before Makazole Mapimpi bagged a try with ten minutes remaining.

Will Stuart was sent to the sin bin for England before veteran Francois Steyn kicked his side in front.

But youngster Marcus Smith was the hero late on as he booted England to a thrilling victory.