EDEN HAZARD labelled Real Madrid as the "best team in the world" as he admitted it is a step up from Chelsea.

The Belgian has completed his dream move to the Bernabeu, but has confirmed Luka Modric will not let him have the iconic No10 shirt. 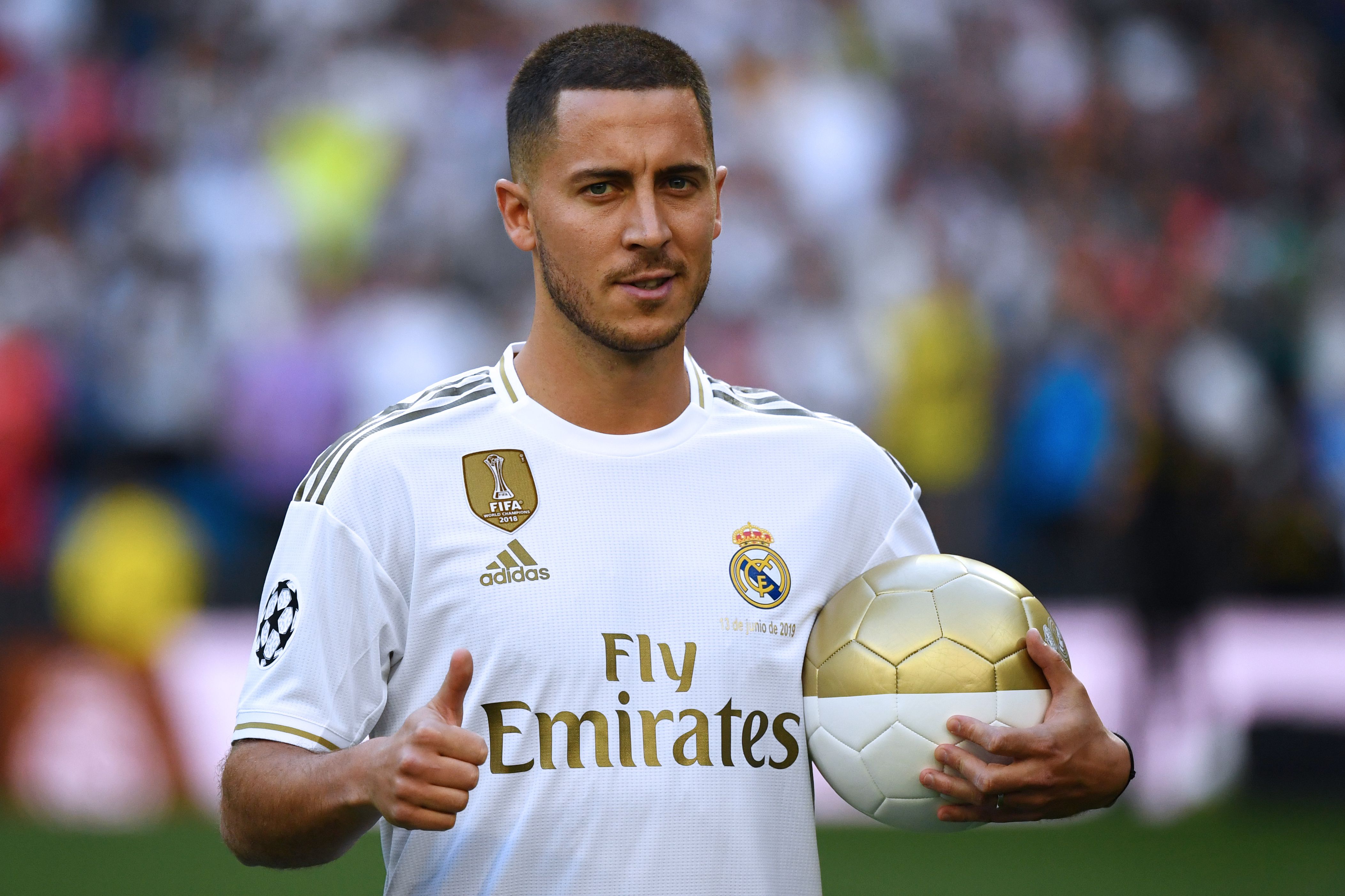 Hazard kissed the Madrid badge as he was unveiled in front of 50,000 fans following his £150m transfer from Stamford Bridge.

Despite seven incredible years in London, the 28-year-old has insisted that his career has now reached new heights.

Speaking after his presentation, he said: "I will try to be [part of] the best team in the world, not just the best player. It's a different level.

"I've had a lot of success with Chelsea, I want to win a lot as well with M adrid.

"Just to be here is a challenge, but I am ready for that."

Hazard did not have a number on the back of his shirt when he made his way onto the pitch during his unveiling.

The 102-cap Belgian international admitted he has already asked for the No10 shirt – but Modric refused to hand it over.

Hazard added: "I have been able to talk to Modric through [Mateo]Kovacic. I was joking when I asked him to lend me the No10. He said no, so I'll find have to find another number.

"But right now number is not important for me, just to play with this badge."

The 28-year-old achieved legendary status at Chelsea, but insisted he still  has a lot to prove for his new club.

“Despite everything I’ve done in past, it will be like beginning from zero. I’m not a Galactico, just a very good player."