A DENMARK fan has claimed he had a rainbow flag 'pulled out of my hands' by stewards in Baku.

Uefa are investigating after pictures emerged appearing to show a flag being confiscated during the Euro 2020 quarter-finals. 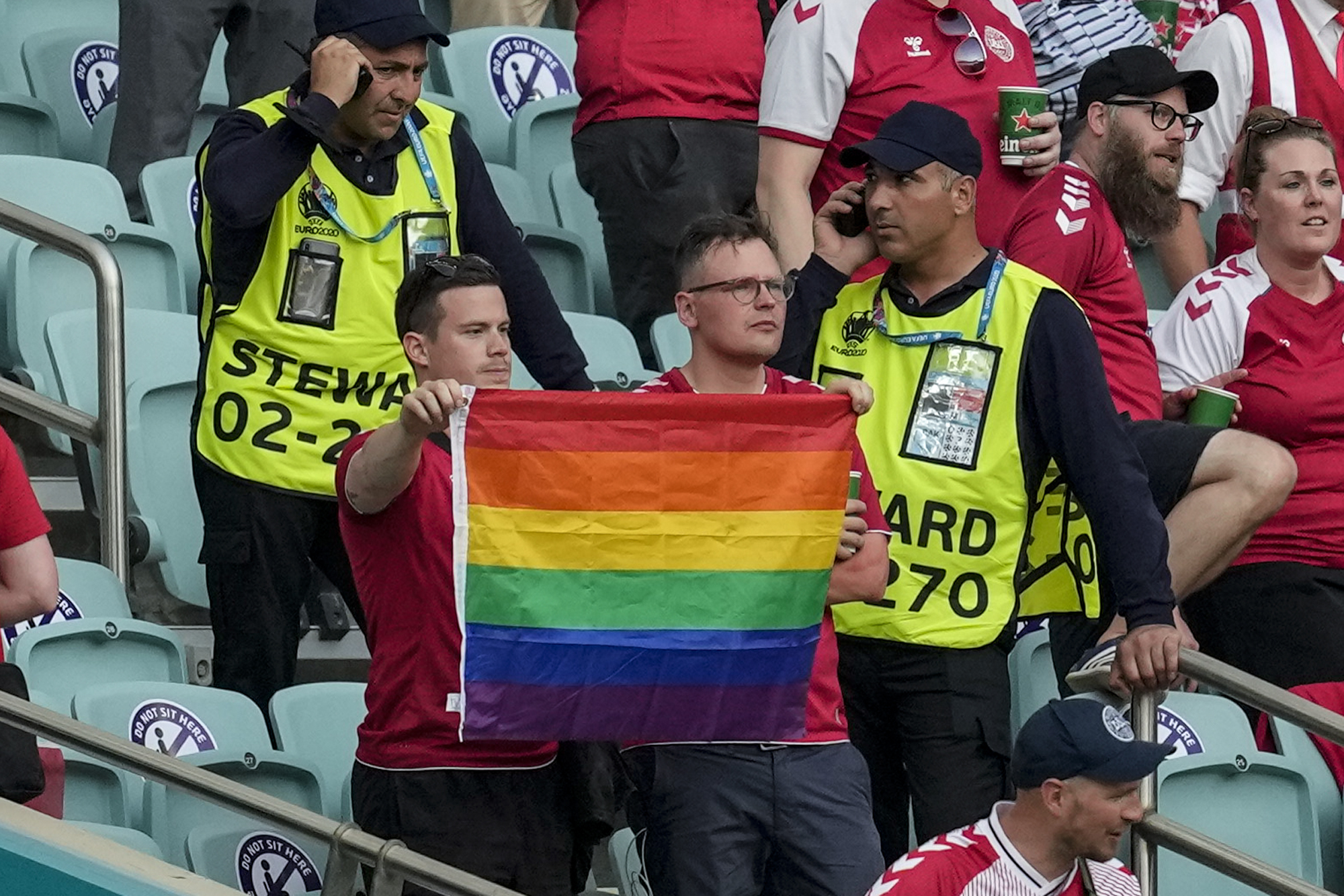 They were then approached by two security guards, and then the flag was no longer unfurled.

Kristoffer Fons told Danish broadcasters DR: "An official guard came up to me and pulled the flag out of my hands.

"I thought before going to Baku that we are going to a place where human rights are not really a thing.

"I have been very sceptical about the fact that the World Cup is being held in Qatar so I thought that I would be a hypocrite if I didn’t do anything."

Uefa have released a statement saying they will look into what happened in the stands during Denmark's win over Czech Republic.

A statement read: “UEFA never instructed stewards in Baku — or in any other stadium — to confiscate rainbow flags.

“We are currently investigating what happened and we will of course contact the UEFA delegate, UEFA Security officer and local authorities to clear this up.

“The rainbow flag is a symbol that embodies UEFA core values, promoting everything that we believe in — a more just and egalitarian society, tolerant of everyone and UEFA has ensured that the flag was returned to the supporter.” 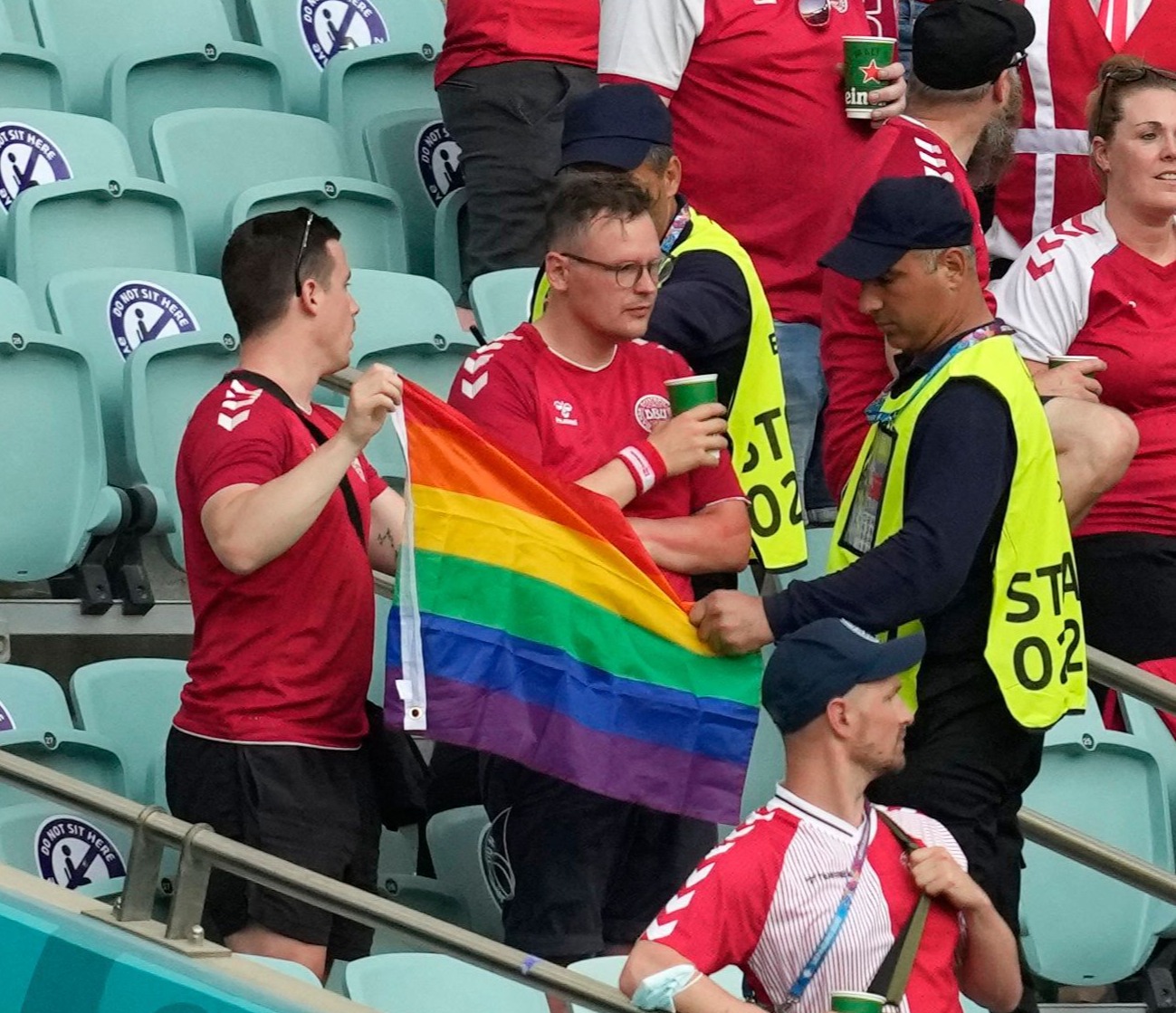 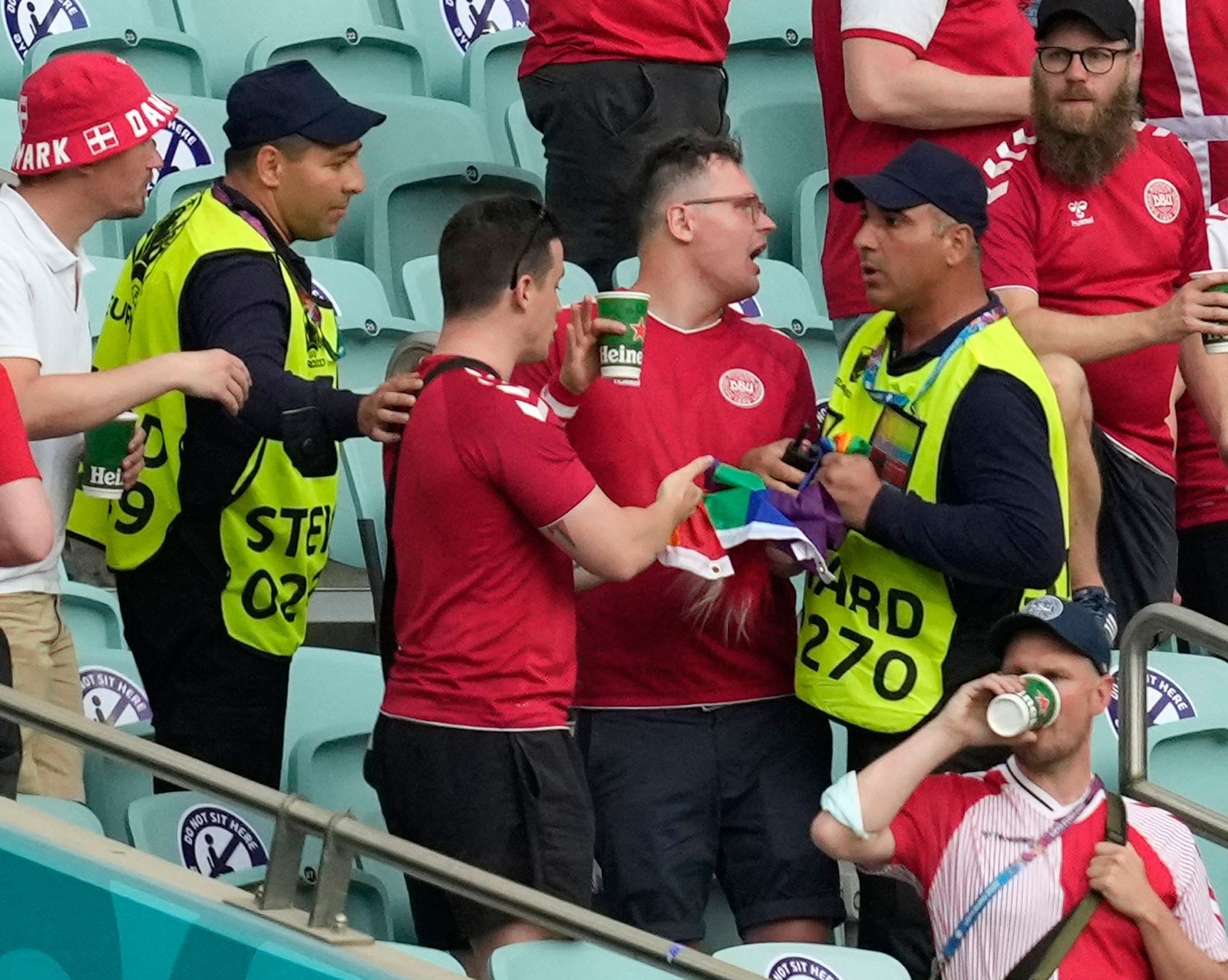 Harry Kane, Manuel Neuer and Georginio Wijnaldum are among the national team captains who have worn rainbow armbands during this tournament.

Germany goalkeeper Neuer wore the armband throughout June to support the LGBT community.

Germany have been very active in support of the LGBT movement.

Before their match against Hungary, the Mayor of Munich had a request to light up the Allianz Arena in rainbow colours turned down by Uefa.

This was due to "politicisation" of football, with the gesture intended to protest a new law proposed by the Hungarian government designed to ban the promotion of homosexuality to under-18s.

However, large numbers of Germany fans brought rainbow flags to the game in protest at Uefa's decision.

And midfielder Leon Goretzka made his view on the issue clear when he celebrated his equalising goal by forming a heart shape with his hands in front of the Hungarian supporters.