DAVID HAYE is back in the ring TONIGHT when he takes on ex-pal Joe Fournier.

The fight is on the undercard of Evander Holyfield's boxing return against MMA legend Vitor Belfort.

BETTING SPECIAL GET DAVID HAYE TO WIN AT 20/1 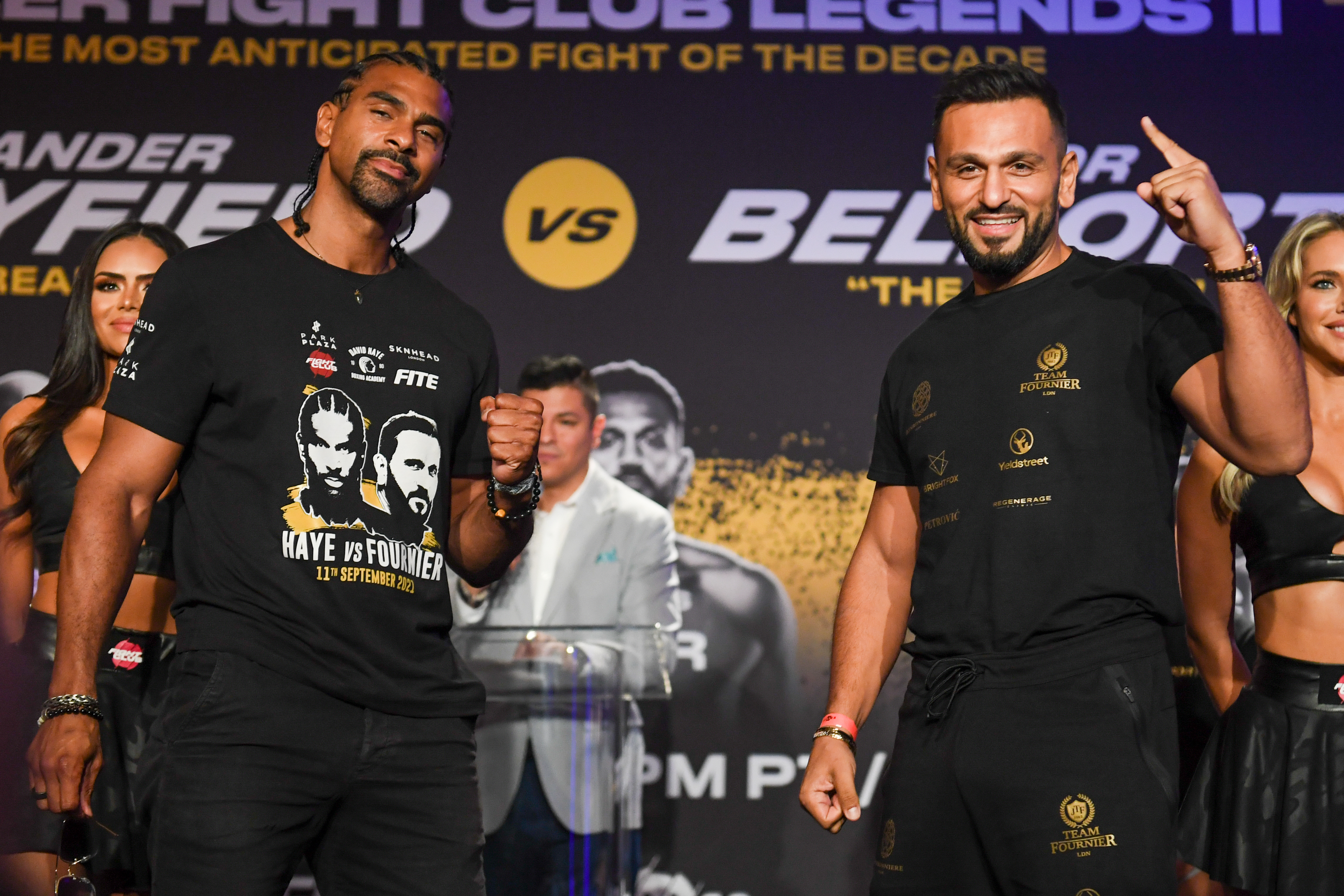 What time is Haye vs Fournier?

What TV channel and live stream is Haye vs Fournier on? 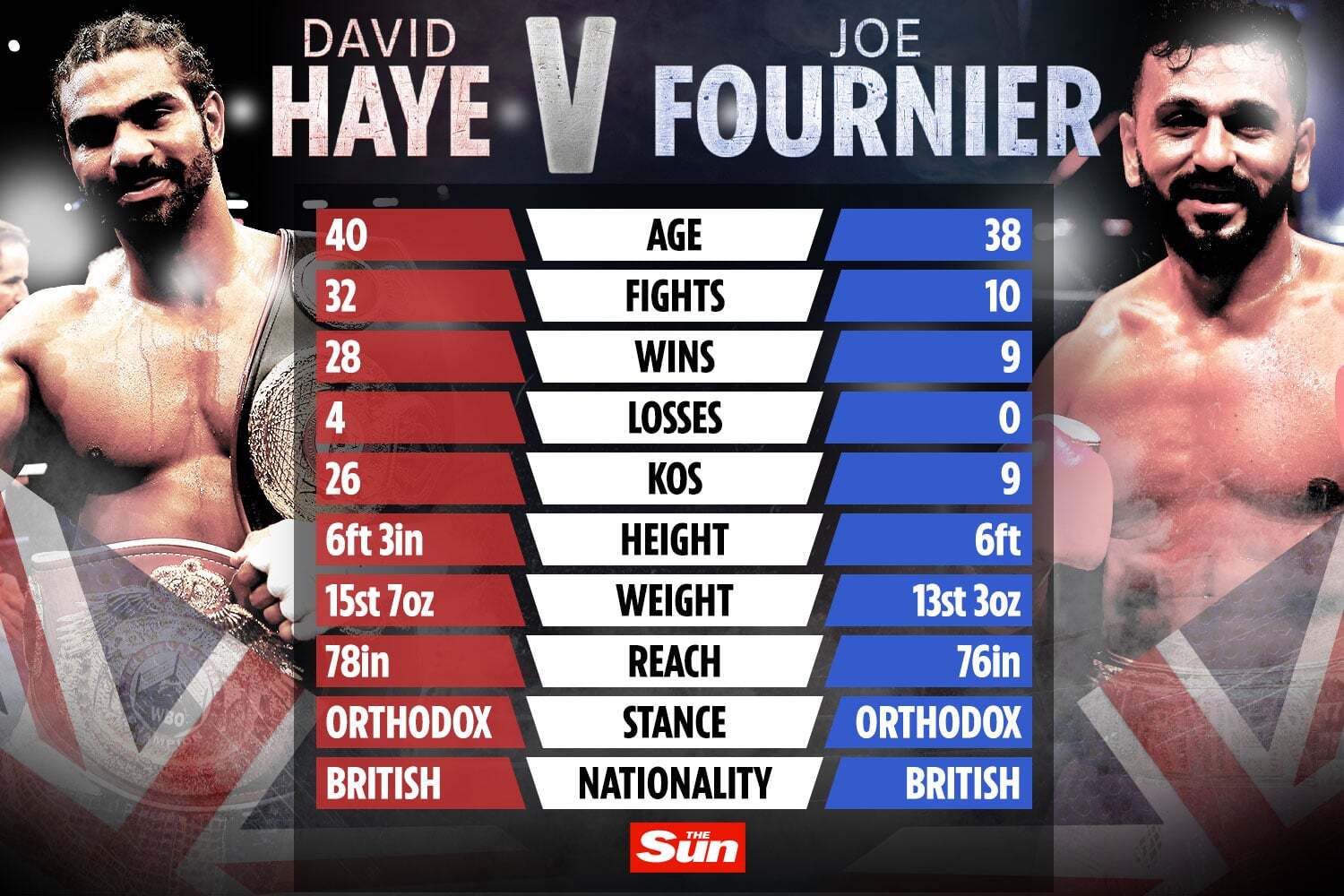 What is the full fight card?

Fournier on previous sparring between the pair: "There was an occasion at the Fifth Street Gym in Miami where I slipped David, threw a left hook, I busted his nose.

"There was blood everywhere. So I know I can hit him.

"You don't bust the nose of a professional athlete unless you hit him properly."

Haye: "There shouldn't be any version of reality that sees me losing this fight.

"With two Achilles tendons snapped, I should be able to find a way to win this fight.

"The quicker I get it over and done with the better for everybody.

"Once I get my timing there, it should be pretty brutal, pretty fast."