CRISTIANO RONALDO has hit back at critics after Juventus endured a shock Champions League exit at the hands of Porto.

The Portuguese superstar, a five-time winner of the competition, crashed out in the Round of 16 for the second consecutive year. 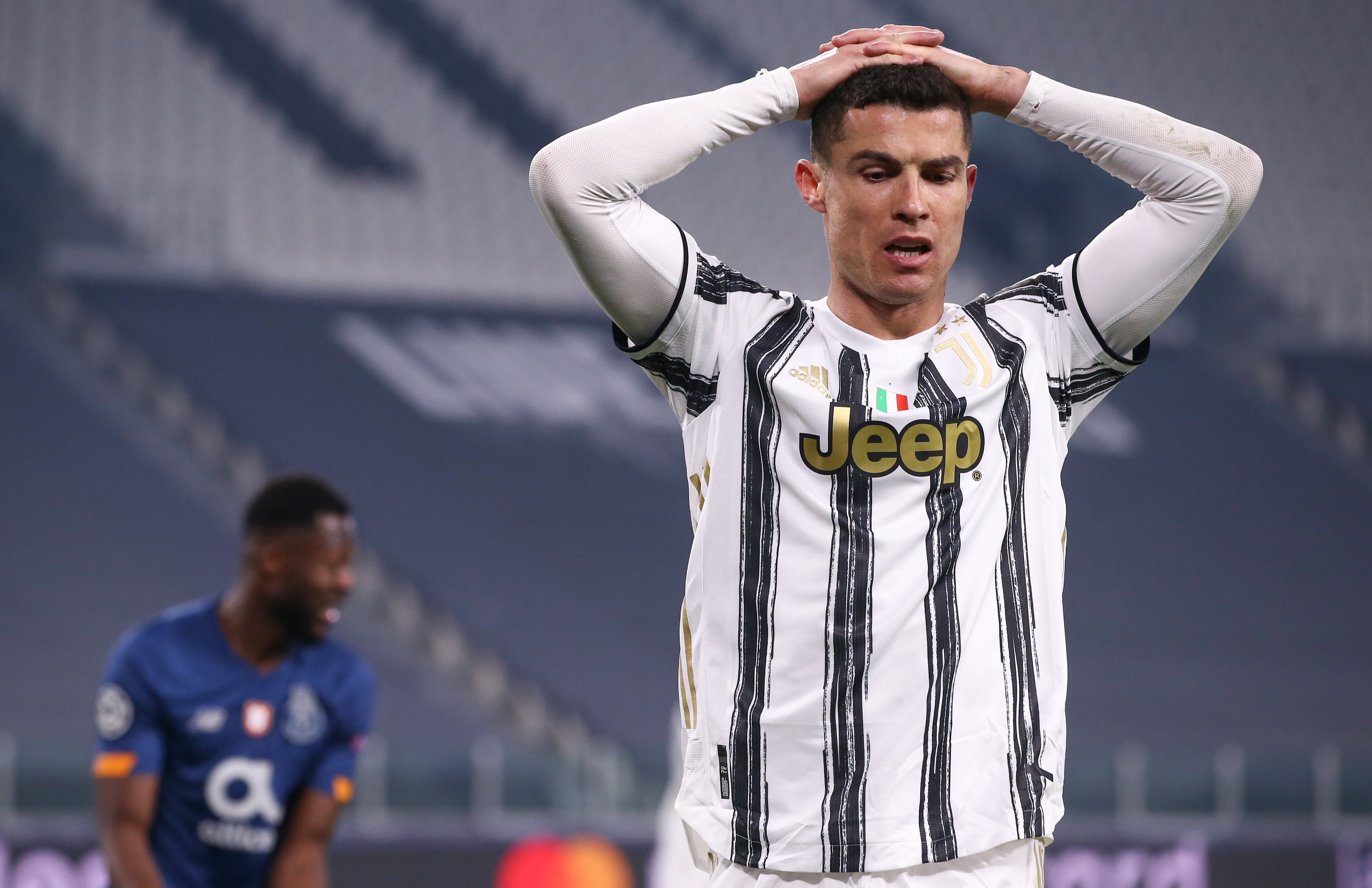 It has thrown his future at the Old Lady in doubt with speculation the club's bleak finances may force them to let Ronaldo leave at the end of the season.

Real Madrid boss Zinedine Zidane fuelled talk of a sensational reunion with Ronaldo after refusing to rule out a switch.

But it appears the ex-Manchester United ace is eager to focus entirely on the current campaign with his latest Instagram post.

He wrote: "More important than the number of falls you take in life, is how fast and how strong you get back on your feet… True champions never break!

"Our focus is already in Cagliari, in the Serie A struggle, in the Italian Cup final and in everything that we can still achieve this season.

"It’s true that the past belongs in museums (I should say!), but fortunately, football has memory… and so do I! 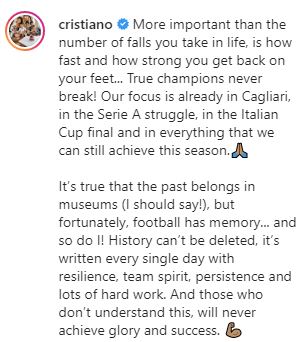 "And those who don’t understand this, will never achieve glory and success #finoallafine"

Juventus' dominant nine-year reign in Serie A is under serious threat this season.

They sit 10 points behind league leaders Inter Milan but do have chance of silverware in the Coppa Italia as they take on Atalanta in the final.