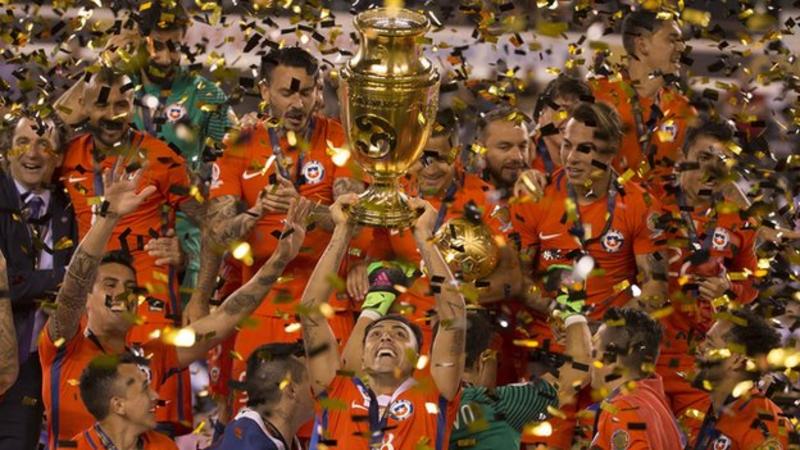 Brazil are under intense pressure as hosts, Lionel Messi is desperate to end his Argentina trophy drought, and James Rodriguez is perhaps ready to shine on a major stage with Colombia again.

There are storylines everywhere at the 46th Copa America, which starts on Friday.

The injured Neymar will be absent, but the world’s oldest continental football competition is set to provide gripping entertainment.

First contested in 1916, the Copa America initially took place almost every year – leading to a rapid rise in interest and playing standards, and ultimately the beginnings of the World Cup.

When Uruguay caused a sensation by cruising to the gold medal in Paris 1924, it became clear that football had outgrown the Olympics. A new tournament was needed to find out who really was the best. And so the World Cup was born: first staged, and won, by Uruguay in 1930.

But there is more to the Copa than rich history. For South America, the road to the 2022 World Cup starts here.

The continent’s national teams have been restricted to friendlies since Russia 2018. The next few weeks in Brazil, then, are the start of a new cycle.

There are plenty of new coaches and lots of fresh faces in the line-ups. Put to the test in competitive conditions, some of these coaches and players will establish themselves, others may fall by the wayside.

Pressure on the hosts 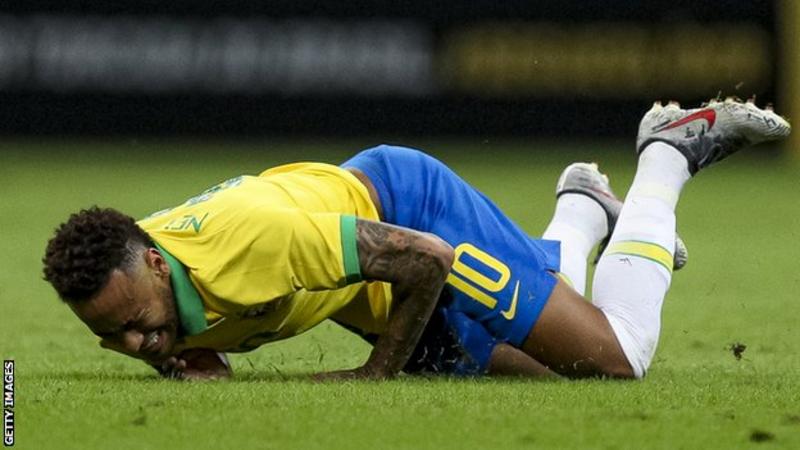 Some may come to the Copa to experiment, but that privilege is never extended to the hosts.

Few Copa hosts have been under as much pressure to win as Brazil are in 2019 – the centenary of their first triumph in the competition.

They still have painful memories of their World Cup semi-final humiliation by Germany five years ago; in addition, they have not got beyond the quarter-finals at the past three Copa tournaments, falling at the group stage three years ago.

Brazil have won every Copa they have ever staged. The bar of acceptable performance, then, is set at nothing less than victory.

This helps explain the presence of so much experience in the Brazil squad. Daniel Alves is back, coach Tite has worked furiously to coax Fernandinho into a return – and even the injury suffered by Neymar has opened up an opportunity for another veteran, Willian of Chelsea.

With his job on the line, Tite has thought hard about the balance of his team, confessing that Brazil were too open in last year’s World Cup quarter-final defeat against Belgium.

Rather than continually flying forward, the full-backs are expected to construct from deep. The replacement of former Tottenham man Paulinho by Barcelona’s Arthur in the midfield trio is designed to supply more solidity, and give Philippe Coutinho a platform to shine in the final 30 yards.

Manchester City’s Gabriel Jesus appears to have hit form at the right time, and looks set to take back his place from Liverpool’s Roberto Firmino. Everton forward Richarlison has enjoyed a splendid first season in the national team and David Neres, fresh from helping Ajax to the Champions League semi-finals, crashes the party full of attacking promise.

The group phase looks a breeze – but, just as in 2014, Brazil’s nerve will be tested when the knockout matches begin.

Not too long ago, Lionel Messi’s participation in this Copa looked in doubt. He sat out all of Argentina’s post-World Cup friendlies last year.

The team, bizarrely, are going into a major competition under an inexperienced caretaker-coach, the former West Ham right-back Lionel Scaloni, and there is another Copa coming up 12 months from now, in which Messi will be playing at home, as Argentina and Colombia are co-hosting.

The little man could have been forgiven for putting his feet up for the summer. So his presence in Brazil points to one clear conclusion.

He has won the World Under-20 Cup and the Olympic gold medal, but time is running out and he is clearly desperate to get his hands on a senior title with the national team.

It also seems obvious that Messi has pulled rank and forced the inclusion of Sergio Aguero. The Scaloni camp appeared set against calling up the Manchester City striker, with Inter Milan’s Mauro Icardi the first-choice centre-forward.

Messi, though, made it abundantly clear that he rates his old friend Aguero as one of the best players in the world – and so the Messi-Aguero-Di Maria trio are ready to ride again.

Elsewhere there have been significant changes. Only nine of the Russia 2018 squad remain, and there are just five survivors from the last Copa three years ago. It is unclear, though, whether long-running structural problems have been resolved.

Goalkeeper continues to be a problem position. There are high hopes for new Porto signing Renzo Saravia at right-back, and Tottenham’s Juan Foyth is seen as the future at centre-back. This Copa could be an important examination of their credentials.

Beware the threat from Uruguay

Where Argentina face questions, Uruguay look much more stable. Oscar Tabarez began his second spell as coach way back in 2006, since when they have roared back to football’s top table.

Statistically, they were South America’s best side at Russia 2018, with four wins from five matches – and their promising generation of midfielders, who have changed the characteristics of the team and enthused Tabarez to stay on, are 12 months older and wiser.

Jose Maria Gimenez will soon be ready to become the senior centre-back, while the bull-like Maxi Gomez has scored his first international goals this year and looks set to be the centre-forward of the future.

Uruguay have more Copa titles than anyone else – 15 to Argentina’s 14 and Brazil’s eight – and they have a proud record of spoiling the hosts’ party at major tournaments.

Way back in 1950, they beat Brazil to win the World Cup – and defeated tournament hosts South Africa in 2010 and Russia in 2018. Under Tabarez, they have also ended the Copa campaigns of home teams Argentina and Venezuela.

If the 2019 Copa boils down to a Brazil v Uruguay final, the referee might be well advised to light the touch paper and retreat to a safe distance.

Colombia and Chile going in opposite directions? 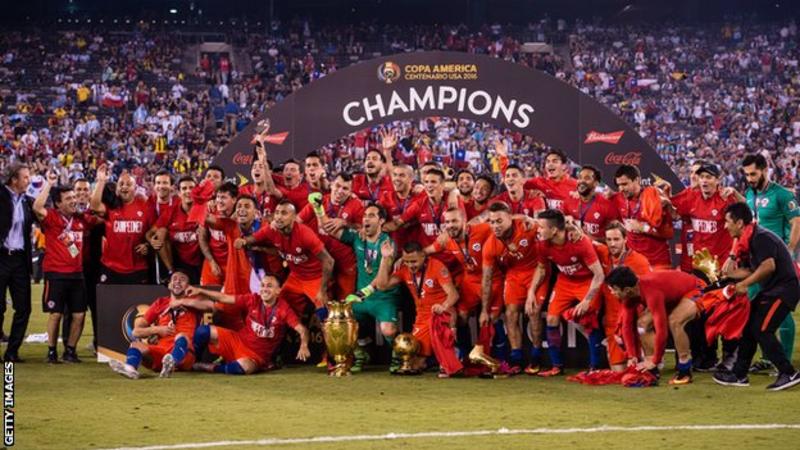 Chile are the reigning champions, beating Argentina on penalties in the 2015 and 2016 finals.

After waiting nearly a century to get their hands on the trophy, two titles came along at once. A third straight win, though, looks out of the question. They are suffering from the same problem to afflict many lesser South American teams: how do you replace a golden generation?

Chile’s greatest-ever team was the product of a group of players who came through together – and aged together. Their coach Reinaldo Rueda has tried to renew and rebuild. But the cupboard looks bare.

The country’s clubs are dismal underperformers because there is a lack of outstanding new talent. Rueda is still relying on the veterans – 12 of his squad are survivors from the last Copa. No one else has more. The team that most needs to rebuild has done the least rebuilding, and it will be a major surprise if Arturo Vidal and company can pull off some more heroics.

He brings knowhow to a squad which combines physical force with attacking flair, and it will be fascinating to see what he does with it. James Rodriguez will relish the return to the scene of the 2014 World Cup, where he was top scorer. He will be eager to show that, for all the frustrations of the past five years, he remains a top-class talent.

Colombia’s game against Argentina on the opening Saturday could be one of the highlights of the competition.

One of the most curious aspects of the Copa is the presence of two guests, making the numbers up to 12 and thus permitting three groups of four.

Normally they come from the Concacaf region, but the Gold Cup – starting on Saturday – made this unworkable. The only teams free were those in the Asian Football Confederation, hence the inclusion of Japan and Qatar.

The Japanese played in the 1999 Copa in Paraguay, going out at the group stage. They have made plenty of progress since then, but are taking an experimental squad to Brazil.

Qatar, though, are treating the Copa as an important part of their preparations to host the 2022 World Cup, and have brought the squad which caused a shock by becoming Asian champions earlier in the year.

This might give them an interesting advantage. Qatar are battle hardened – while many of the other sides run the risk of being under-cooked.

With the 2022 World Cup kicking off later than usual, so will the qualifiers. South America’s marathon qualification campaign, which normally starts in October, will not begin until next March. This has taken away some of the urgency.

Many of the teams are at an early stage of preparation. While Argentina have a temporary boss in Scaloni, three other nations – Bolivia, Colombia and Paraguay – only played their first matches under their current coaches in March. This opens up the possibility of surprises, as does the format of the tournament.

Eight of the 12 teams go through to the quarter-finals – which go straight to penalties if scores are level after 90 minutes. It is, then, possible to reach the last four without having done a great deal.

The 2019 Copa America has the virtue of unpredictability.