CONOR McGREGOR vowed to make Dustin Poirier 'pay with his LIFE' at UFC 264 and warned: 'You're dead in that octagon'.

The lightweight rivals renew their rivalry on Saturday night in a trilogy bout. 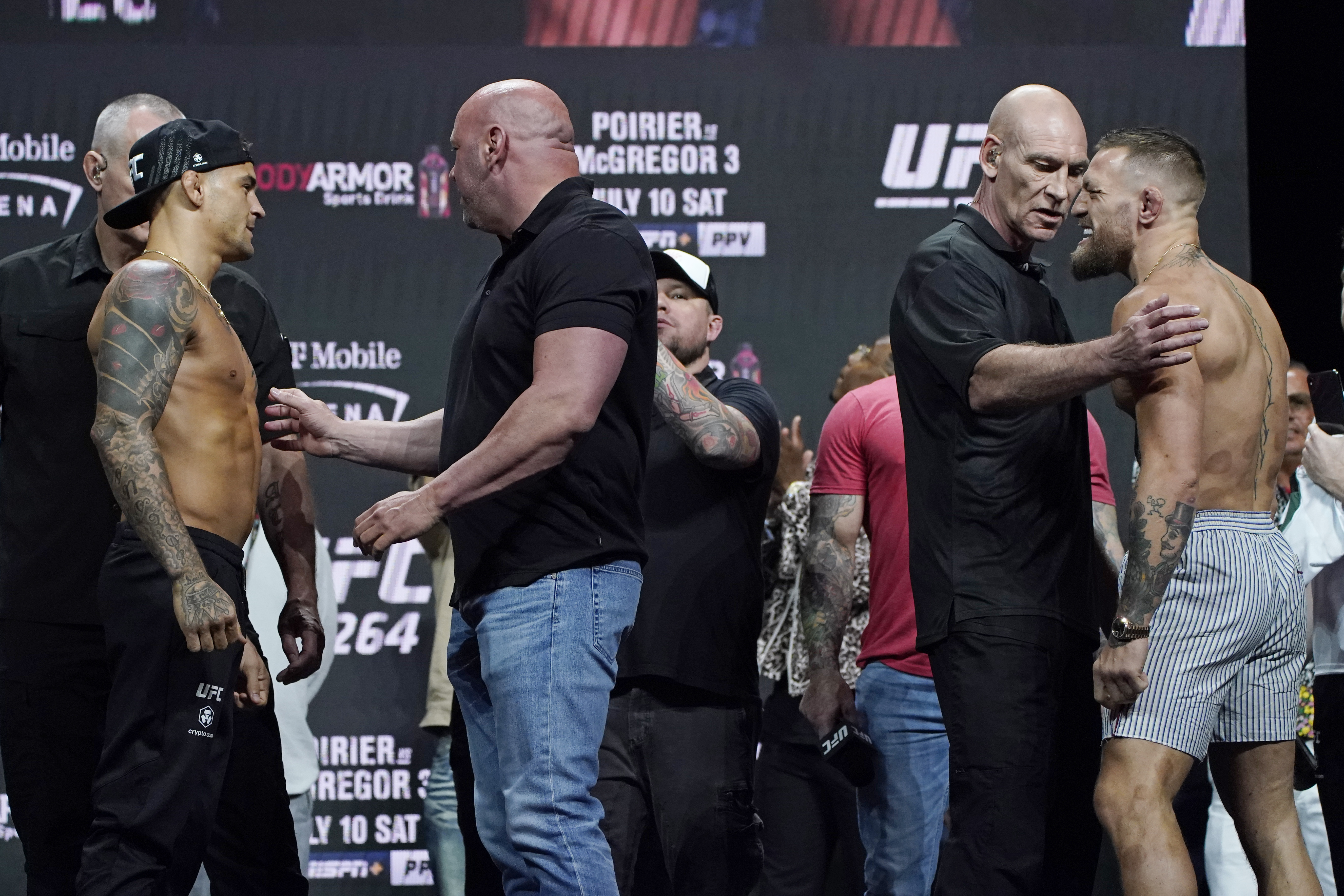 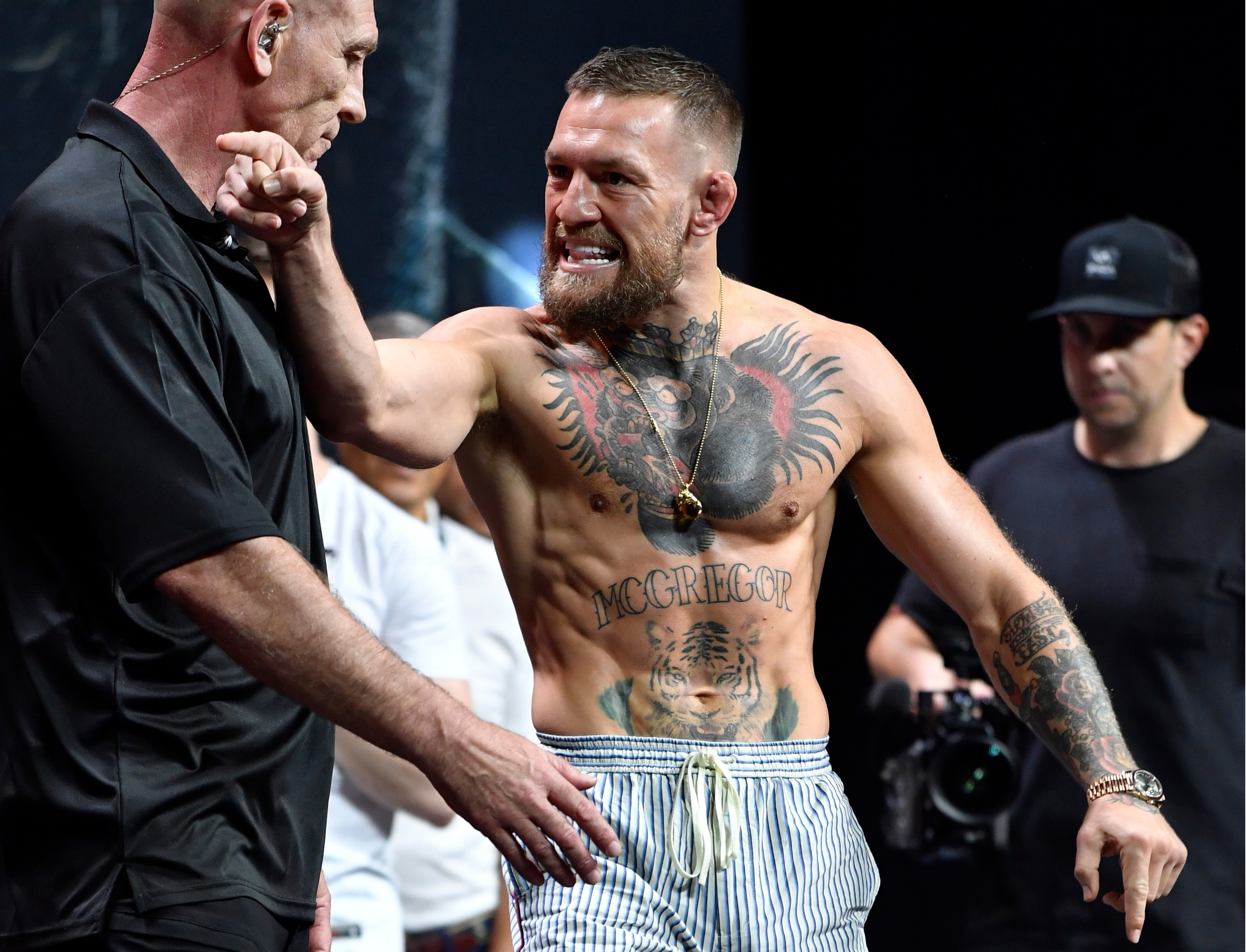 McGregor first knocked Poirier out in 2014, but in January the result was avenged, setting up a series decider in Las Vegas.

Both tipped the scales at 156lb, the limit for a lightweight non-title fight, with verbal warfare continuing afterwards.

McGregor said: “In 16 hours time, this man is going to learn that when you disrespect a person’s kindness and take it as a weakness, you must pay.

“Tomorrow night, I’m gonna make this man pay with his life — and I mean it. You’re dead in that octagon tomorrow night.”

Before McGregor's second-round KO defeat to Poirier seven months ago, the 32-year-old pair were respectful and cordial.

The Irishman even vowed to donate $500,000 to his opponent's 'Good Fight Foundation' charity.

But afterwards, controversy erupted as Poirier accused McGregor of not following through with his promise.

It sparked an online feud between the duo which has fuelled animosity heading into their immediate rematch.

McGregor later donated the $500,000 to an opposing children's charity Poirier's hometown of Louisiana.

Despite the former two-weight champion promising to make Poirier pay the consequences, the American remained unbothered by the threats.

He said: “It means nothing. It’s noise. Tomorrow night, tune in. I want to thank you all for the cheers and for the boos.”