CONOR MCGREGOR has shockingly claimed he wants to 'eat' Khabib Nurmagomedov's children after getting wind of his bitter rival's response to his controversial tweet.

During an appearance on the Hotboxin with Mike Tyson podcast, Nurmagomedov branded The Notorious 'evil' and 'dirty' for his mocking of the death of his late father Abdulmanap. 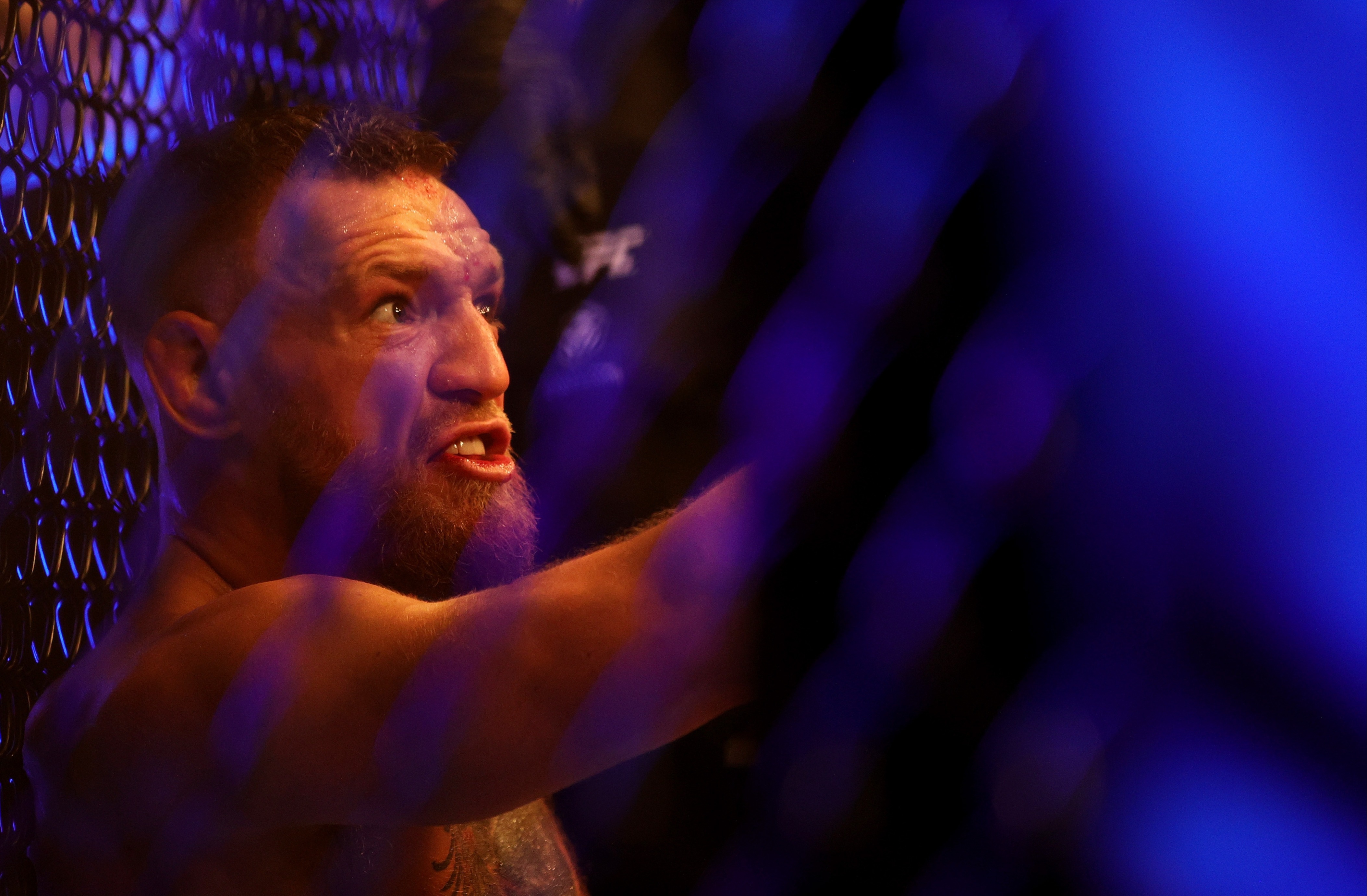 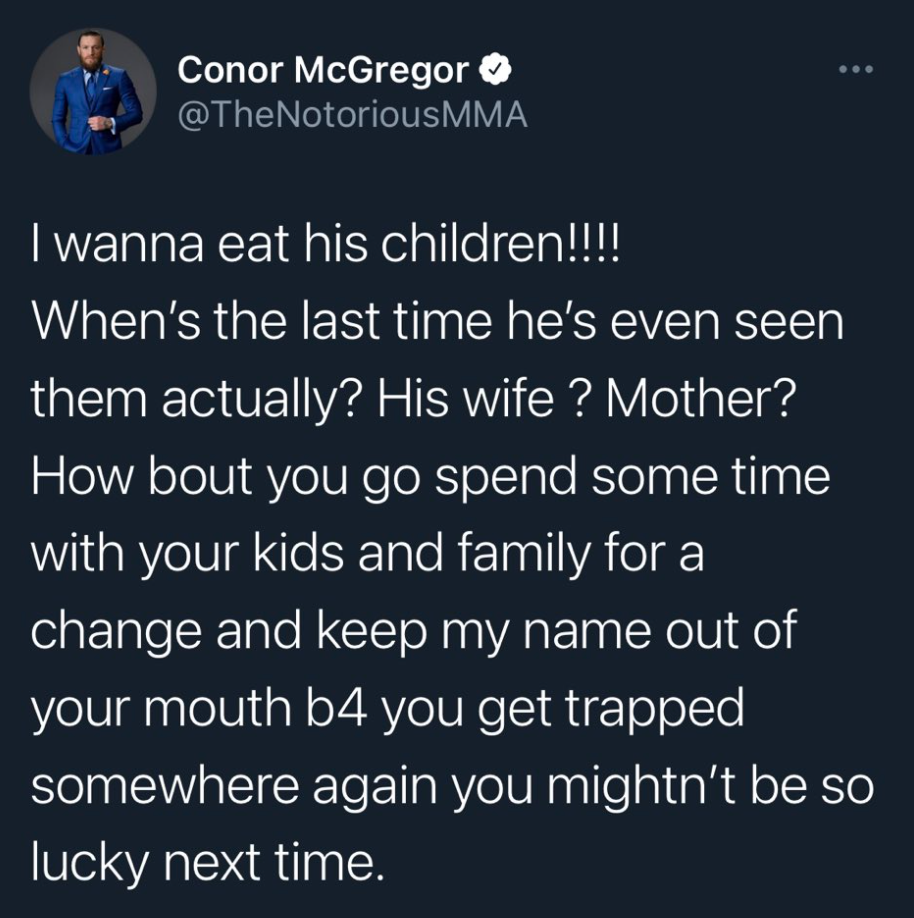 The clip quickly came to the attention of McGregor, who responded with a blistering quote tweet insulting his successor at the summit of the lightweight division.

"When’s the last time he’s even seen them actually? His wife? Mother?

"How bout you go spend some time with your kids and family for a change and keep my name out of your mouth b4 you get trapped somewhere again you mightn’t be so lucky next time.”

McGregor's tweet mocking the passing of Abdulmanap was in response to Nurmagomedov congratulating Dustin Poirier for winning his UFC 264 trilogy fight with the Irishman.

The Dubliner tweeted: "Covid is good and father is evil?"

Nurmagomedov, 32, wasn't surprised by McGregor's comments, which he believes are a window into his true character.

I wanna eat his children!!!!

The retired Russian told Tyson: "When someone is not with us – he is not even alive – this shows what you have inside.

"This shows how dirty you are.

"When you one of the best in the world and you come and you punch someone who is like 70 years old, like an old man (in a pub), this shows your heart.

"This shows who you are inside, how dirty you are. When you have parents and you have kids, how can you show yourself like this?

"I don’t understand why his close people don’t go, ‘Hey, what’s going on?’"

McGregor, 33, is currently recovering from the broken leg he suffered in his rubber match with Poirier last month.

The UFC's first simultaneous two-weight world champion has already resumed physical activity and but will be cleared to begin full training next April.

During an appearance on The Pat McAfee Show, UFC president Dana White said: "As far as I'm concerned, Conor is out for a year.

"The doctor said it will be nine months before he starts training again, we're looking at it as a year.

"I'm not even thinking about it."