RAFAEL DOS ANJOS is still holding out to fight Conor McGregor if he beats Paul Felder.

The Brazilian was due to fight Khabib Nurmagomedov's training partner Islam Makhachev this Saturday. 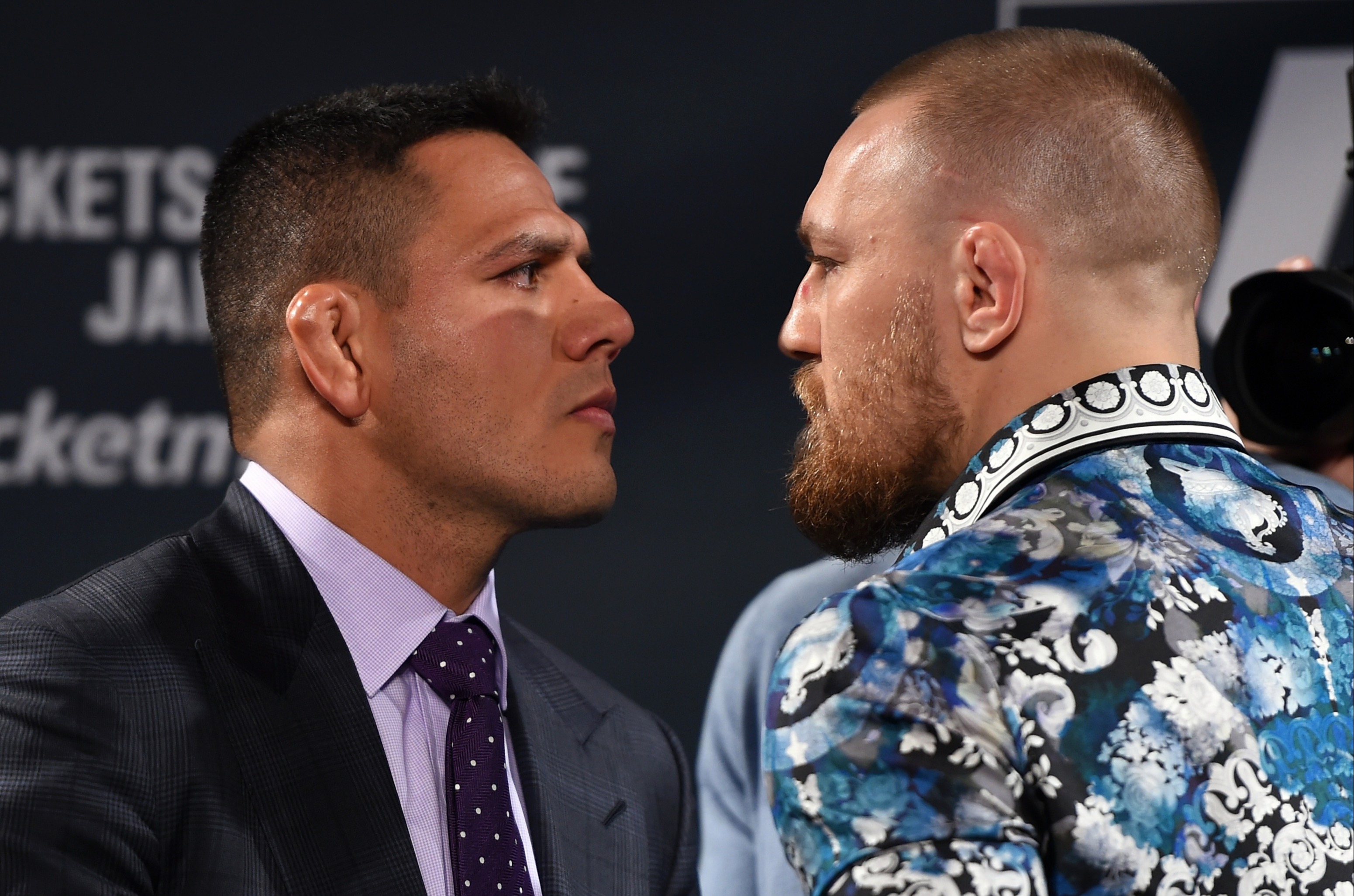 But after Makhachev, 39, pulled out injured, Felder, 35, stepped up on just five days notice to fill in the headline spot.

Dos Anjos – who famously pulled out of fighting McGregor in 2016 with a broken foot – wants to reinvent himself at lightweight where held the belt for a year.

And he feels there he could finally earn a shot at the Irishman to settle their old score.

Dos Anjos, 36, told Morning Kombat: “I’m past that. But, I believe that me being back at lightweight, this fight could happen.

"We never know. This a combat sport, injuries happen, it was bad for me.

"Not about money, not about payday, nothing about that, I never pull out of fights due to injuries my whole career.

"I’m going for my 30th UFC appearance this Saturday and I believe 43 total and I never had to pull out due to injury, that was my first time.

"I am back at lightweight, I am going to climb the rankings, Khabib, I don’t know if he is retired or not, but if he does, he will leave the division wide open.

"Anything can happen. We were scheduled to fight twice, me and Conor, so we will see.”

Dos Anjos was due to defend his lightweight belt against McGregor at UFC 196 three years ago.

But after his withdrawal, Nate Diaz instead replaced him on short notice before pulling off a major upset.

But in 2018 the UFC had plans to match the pair up again, but this time at welterweight for the interim title.

That plan was then axed that April after McGregor infamously attacked a UFC bus with arch rival Nurmagomedov inside.

McGregor, 32, is now set to make his UFC return this January, fighting for the first time at lightweight since losing to Khabib, also 32, in 2018.

Dos Anjos is 4-4 in his last eight fights since moving to welterweight in 2017, but he marks his step back down to 155lb against Felder.