CONOR BENN and Chris Eubank Jr’s catchweight showdown will be AXED if the middleweight fails to stick close to their 157lbs limit.

The second-generation clash, between the sons of British fight legends Chris Sr and Nigel Benn, takes place on October 8 at the O2. 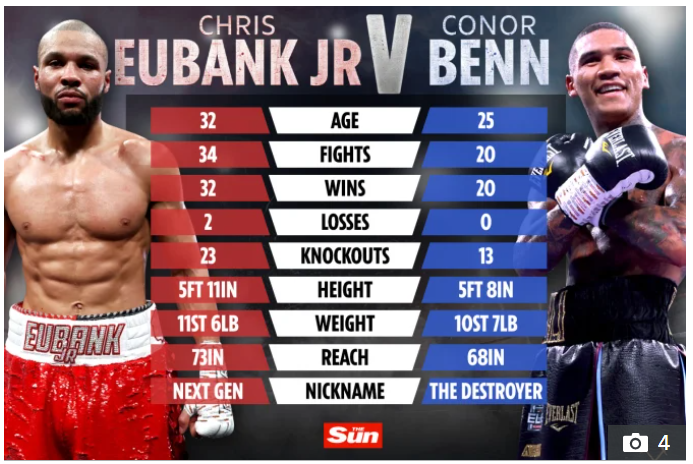 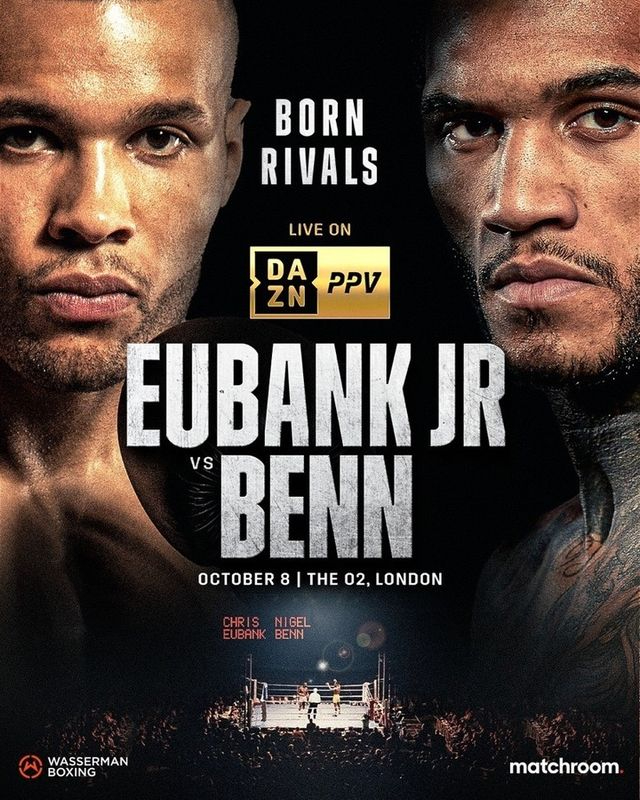 Benn, 25 usually campaigns at the welterweight limit of 147lbs while Eubank Jr, 32, has most recently been a 160lbs middleweight.

And – without a title on the line to be forfited – Benn's trainer and mentor Tony Sims has revealed the bout will be cancelled if Eubank hits 159lbs or more.

The arrangement is almost identical to the one Kell Brook and Amir Khan thrashed out for their 149lbs catchweight war last February. 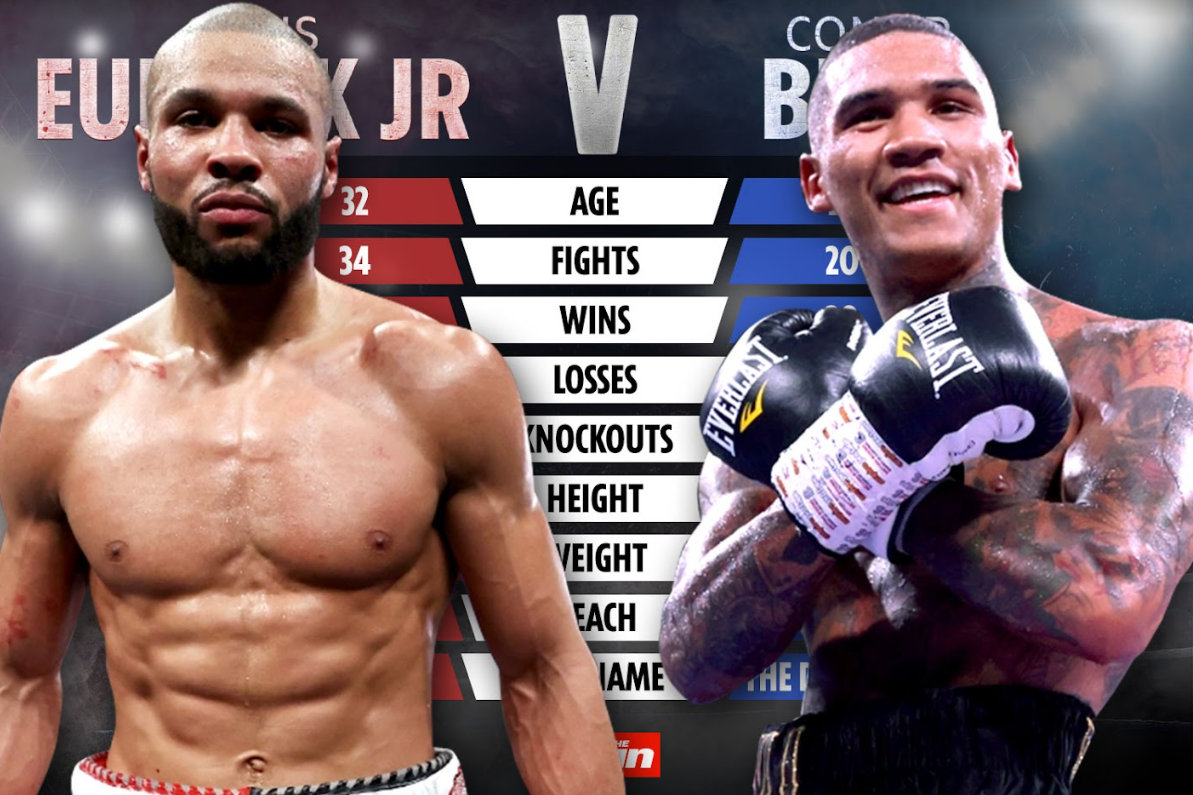 But Benn insists it was Eubank Jr who decided the weight – which he has never boxed at before – and now they are just making sure no liberties are taken.

Benn said: “I don’t know how easy he makes the weight but he suggested it to us and we agreed to it.

“Now we just need to make sure he makes the weight and doesn’t take the cop-out and pay the fine.

“He has set the weight, the lowest he can make, we have agreed to it so now he needs to be a man of his word. There will be heavy fines if he doesn’t. 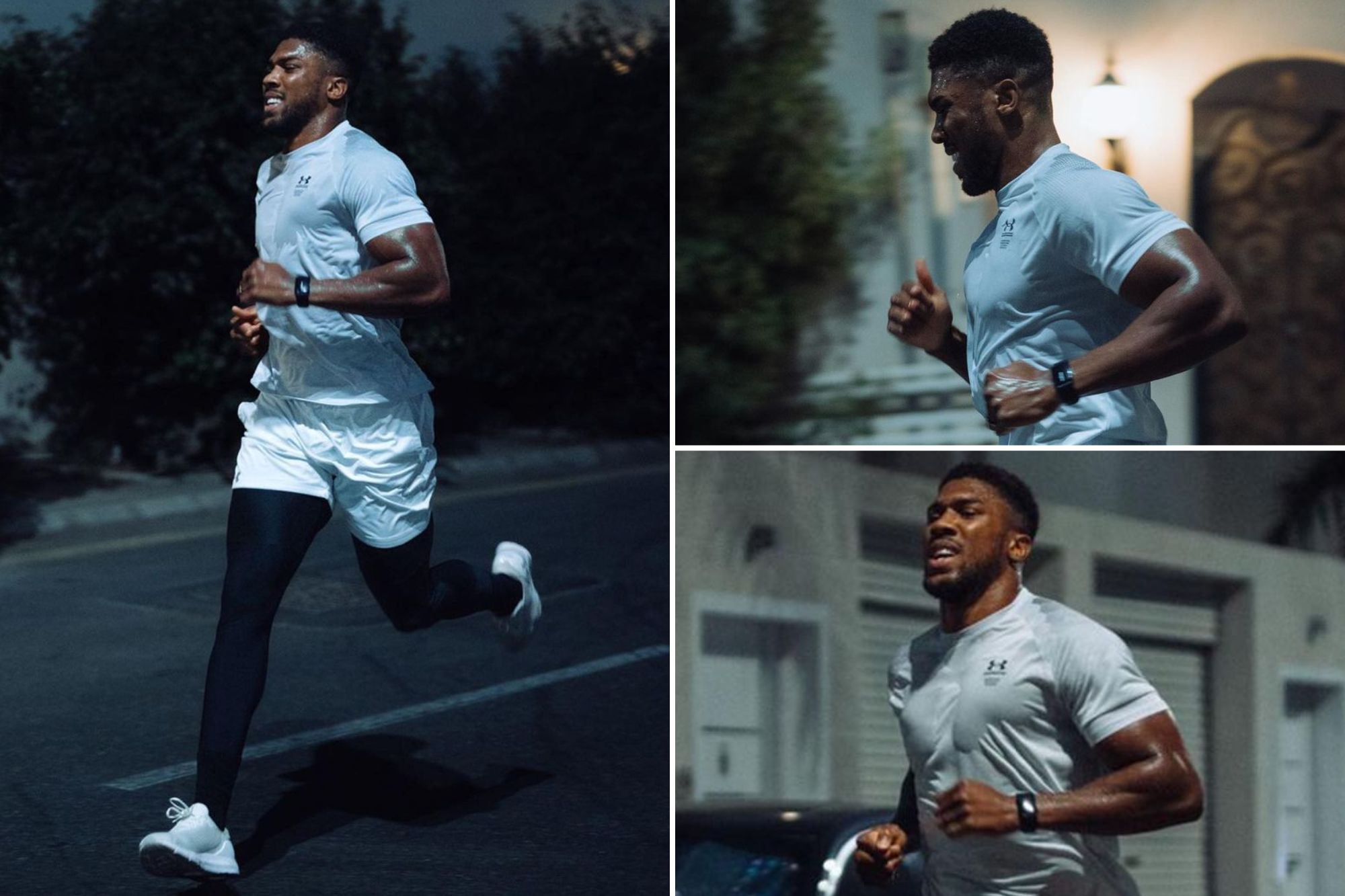 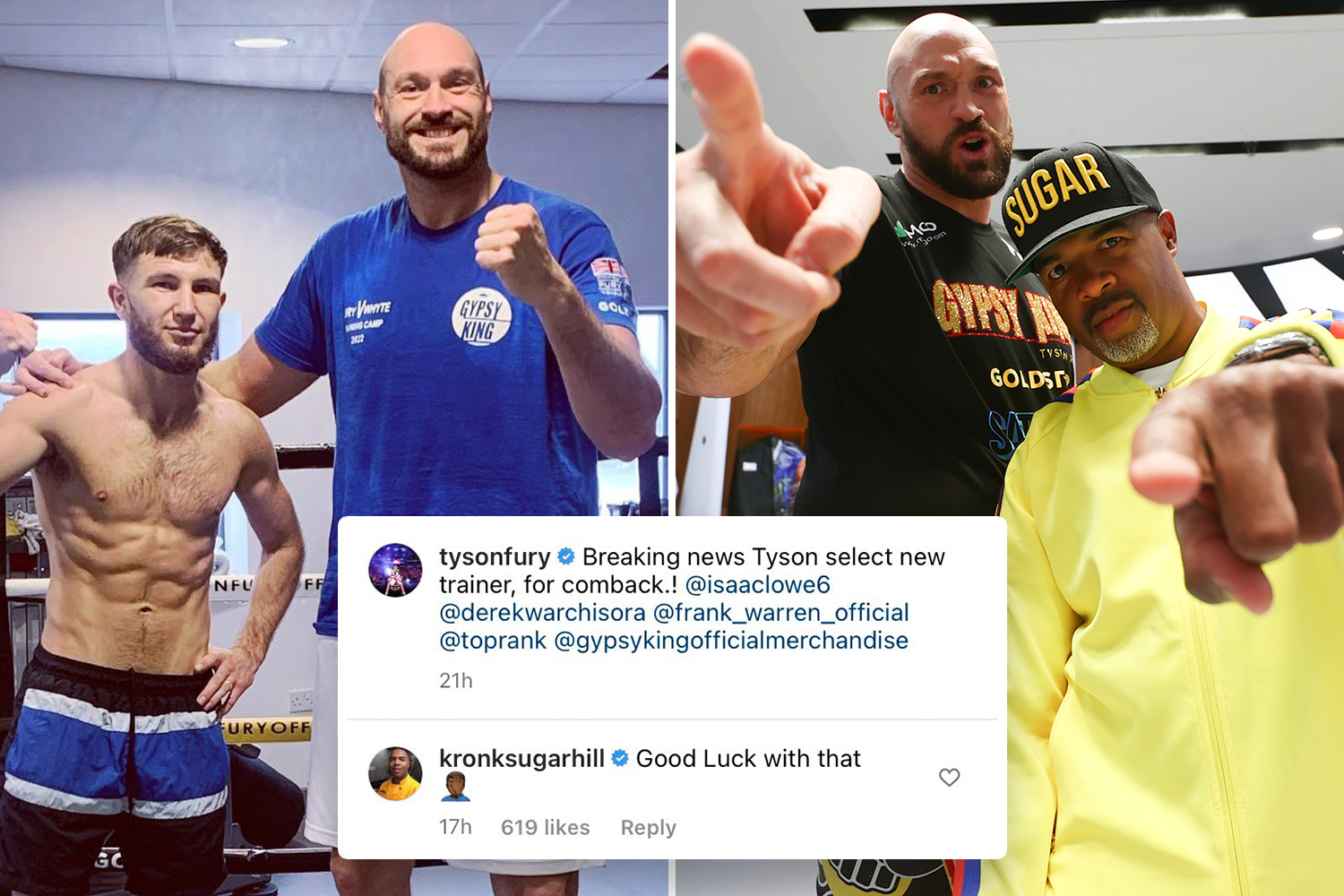 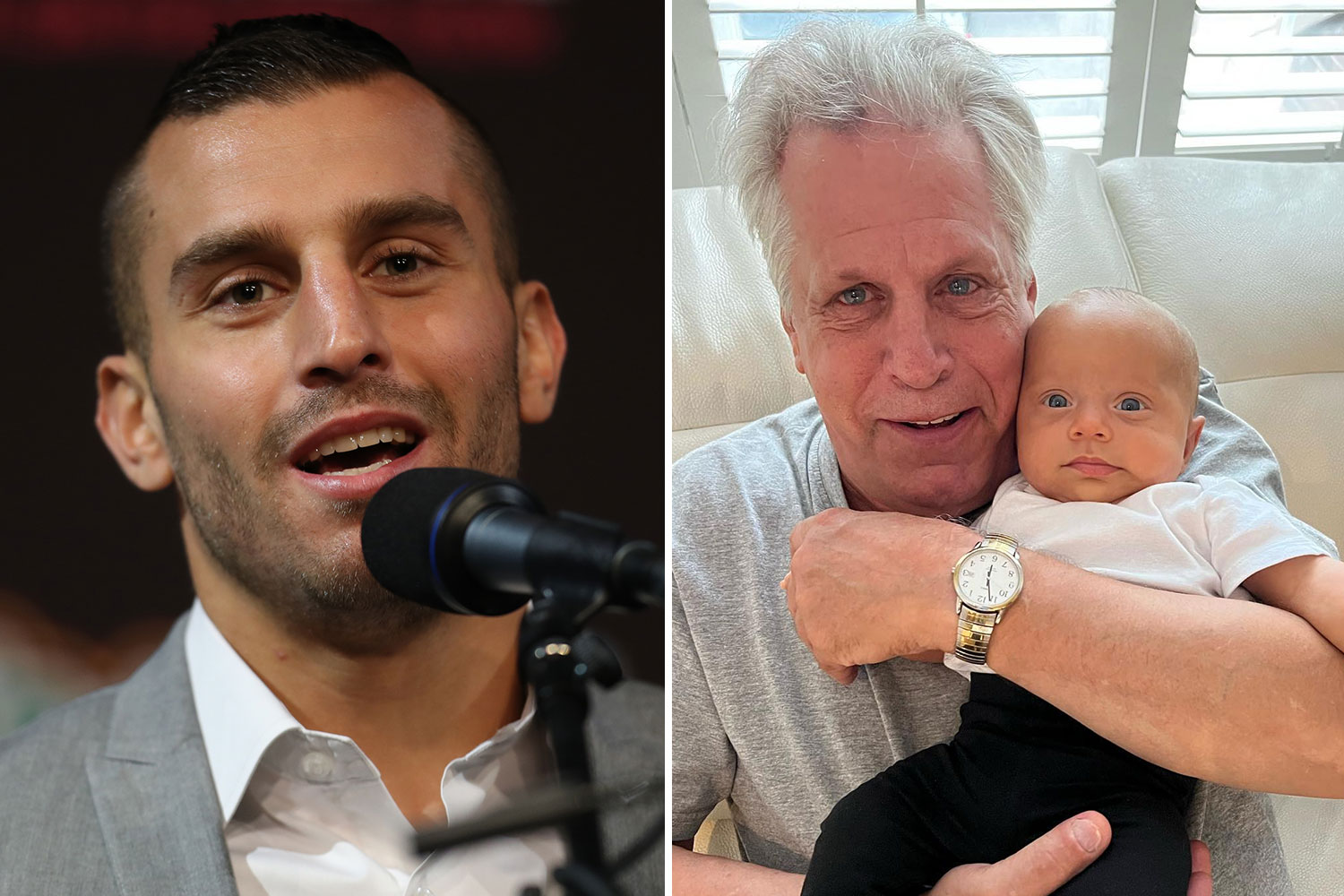 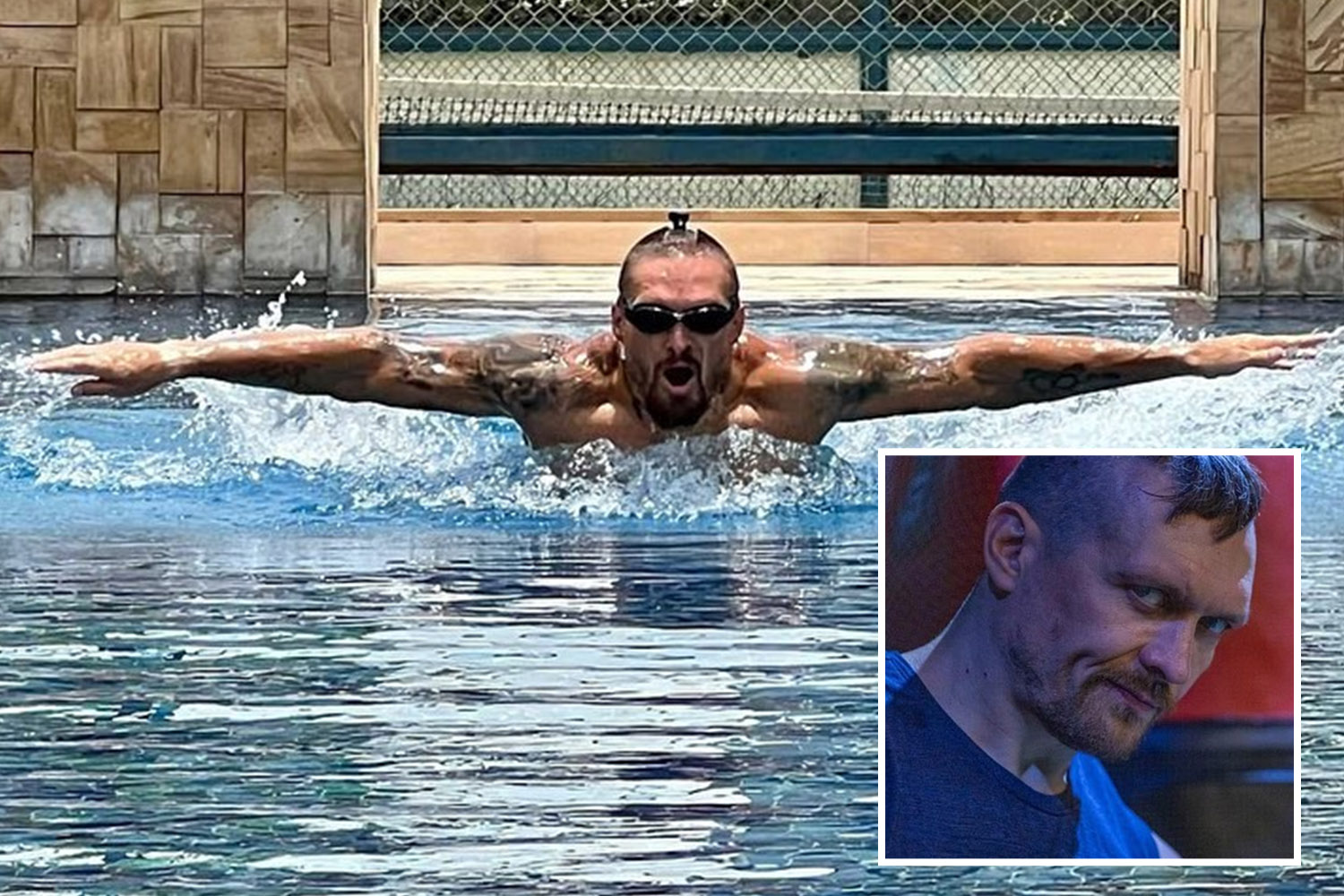 “There will be a weight check on the morning of the fight as well but that is just to make sure he doesn’t take the mick and come in three or four pounds heavier.

“That has been the concern and that is why there was an issue for so long.”

The father-of-one and keen chef reckons he is piling in pasta and peanut butter on toast to bulk up with clean carbs and proteins.

Eubank Jr has 3in height and 4in reach advantages and, once he has refuelled after the Saturday weigh-in, will definitely way considerably more than Benn.

“I am not concerned about the weight difference,” he said.

“I put over middles and super-middles in sparring, I have to fly them in, so it makes no difference to me anyway.

“I want people to see me beat him in his prime, I don’t want to beat him when he’s had more losses or is on the tailend of his career.

“At the end of camp I walk around at around 154lbs and I go into the ring around super-middleweight (168lbs) anyway. so I am not concerned about the weight, it is not a factor for me.”

Eubank Jr has just flown back into the UK for today’s (FRI) London press conference, from a swanky trip to America where he played cards with Neymar and partied with millionaire celebs.

And Benn reckons that could the undoing of his rival, in his most high-stakes shootout yet.

“I don’t know how long Chris has got left in the sport,” Benn said. “I am coming into my prime.

“I want people to see me beat him in his prime, I don’t want to beat him when he’s had a couple more losses or is on the tailend of his career.

“I don’t know how much he really wants to fight, I think he might be more interested in playing poker.” 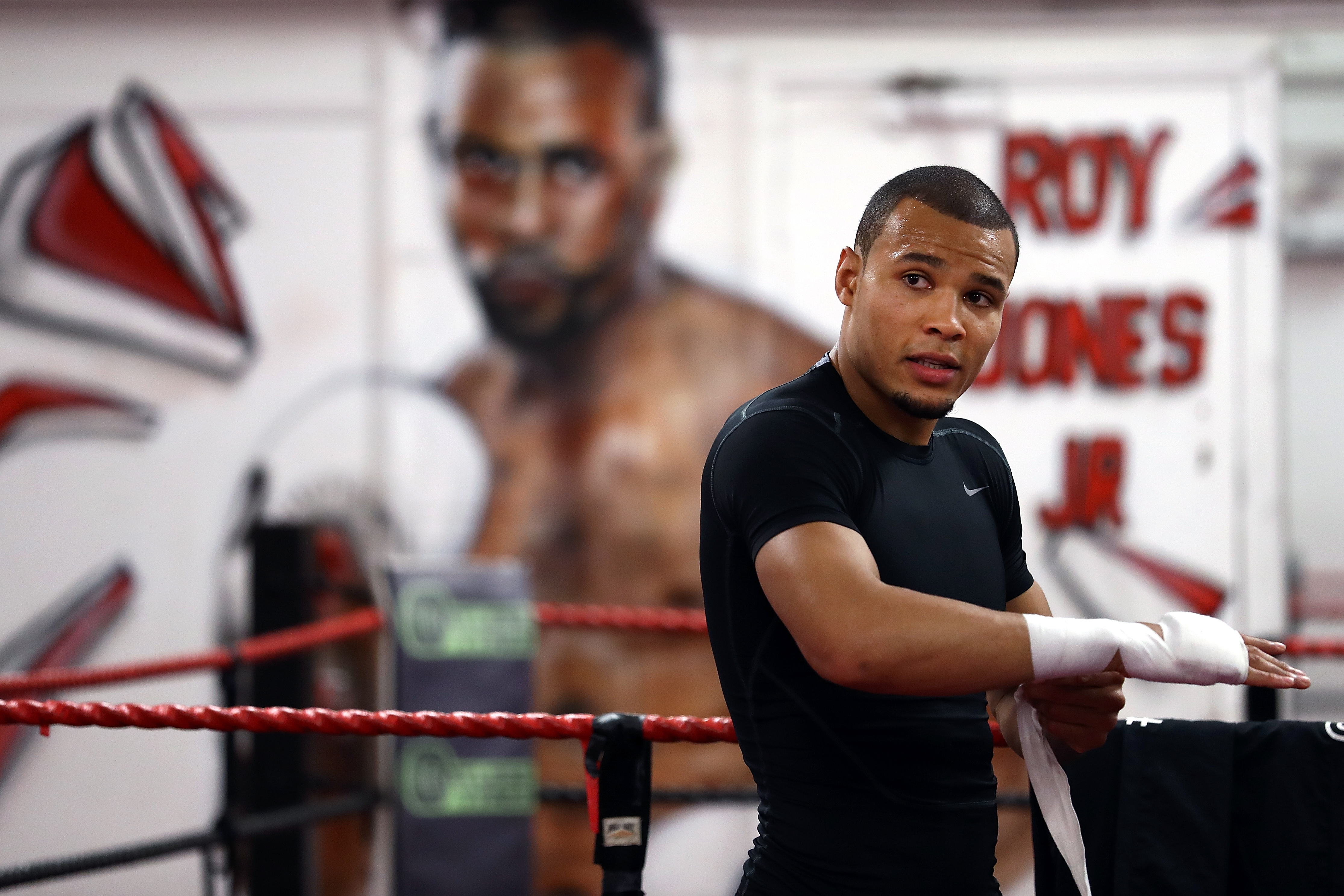