N'GOLO KANTE is an injury doubt for Chelsea's game against Manchester United after being forced off against Juventus.

And Ben Chilwell could also miss out after limping off with an apparent knee problem. 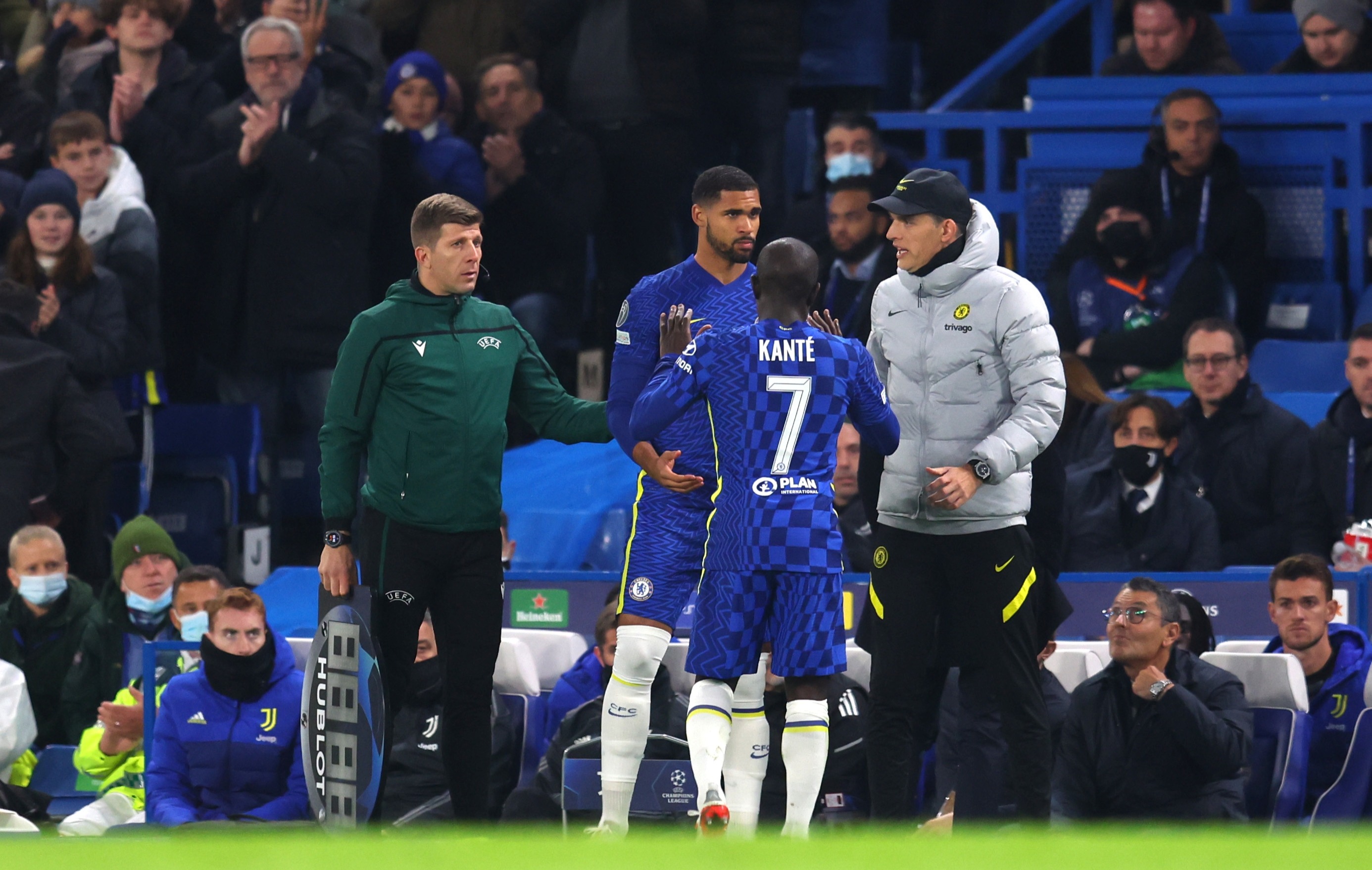 And Chilwell was withdrawn for Cesar Azpilicueta in the 68th minute after a collision while sprinting.

Kante looked to be moving awkwardly moments before he was taken off by Thomas Tuchel.

But it did not appear clear what problem was affecting the talismanic Frenchman.

Kante was replaced by Ruben Loftus-Cheek as Chelsea led 1-0 thanks to a goal from Trevoh Chalobah.

And Blues fans are sure to be sweating over Kante's fitness as they prepare to take on a resurgent United team in London.

Kante has been a key player in Tuchel’s XI since the German joined Chelsea at the start of the year.

But after suffering from numerous injury and fitness problems over the last two years, Tuchel is having to man-manage his star midfielder.

And the Chelsea faithful will be hoping Kante was simply withdrawn as a precautionary measure.

Chilwell has equally been important to Tuchel's system, taking up more central attacking roles as an adventurous wing-back.

He has three goals and an assist this term after winning his place in the team back.

And Marcos Alonso is likely to take Chilwell's place in Sunday's XI should the England star miss out.

But they will be feeling confident of grinding out a result under caretake Michael Carrick.

He led United to a 2-0 win away at Villarreal moments before Chelsea kicked off against Juve.

And Tuchel knows he will need both Kante and Chilwell to take the sting out of Cristiano Ronaldo and Co.