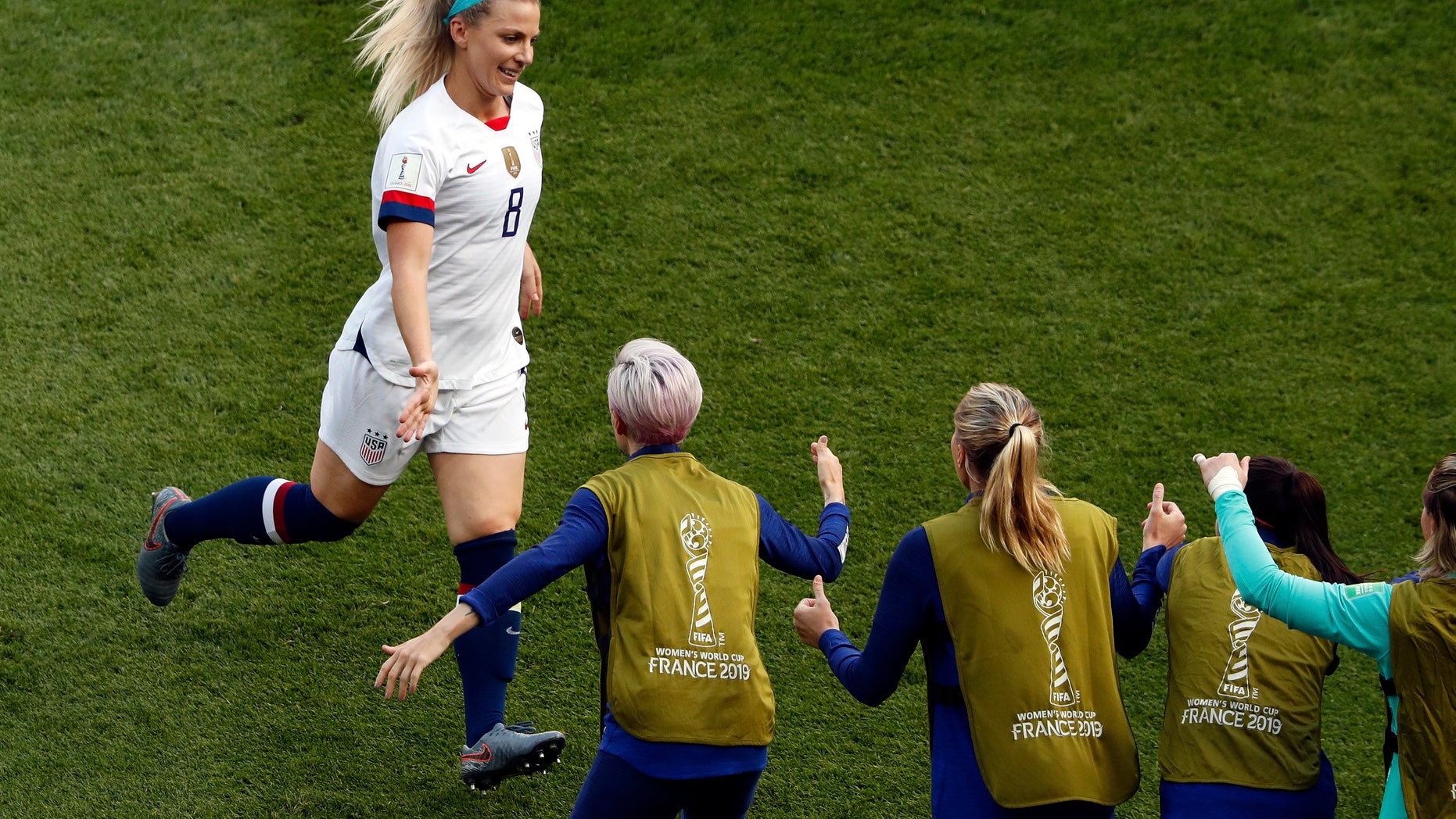 A tweet by CBS News which shifted the focus of United States Women's National Team player Julie Ertz to her husband has been widely ridiculed online, including by the official Twitter account for Dictionary.com.

Many have condemned the tweet as sexist or misogynistic, while others trolled CBS for their seemingly bizarre sentence structure.

Dictionary.com issued a particularly searing response, attaching the definition of "husband" to their tweet.

"Husband. Noun. A married man, especially when considered in relation to his partner in marriage," it began. "E.g. Julie Ertz's husband has been watching her in the World Cup," the tweet continued.

Others argued that Zach Ertz should get the same treatment while playing for the Eagles. "I just want one NFL announcer to say, 'Zach Ertz, the husband of USWNT star Julie Ertz' the next time he catches a touchdown for fairness sake," one Twitter user wrote.

The Philadelphia Eagles took on a similar idea for their own response, posting a tweet with a photo of Zach Ertz along with the caption: "#TouchdownTuesday featuring Julie Ertz's husband. #OneNationOneTeam."

Julie Ertz scored her first Women's World Cup goal on Sunday while playing against Chile, with her husband in attendance and sporting a scarf bearing her name on it. The USWNT has been dominating thus far in the 2019 World Cup, and are considered a favorite to take home the trophy again after winning their third title in 2015.