MANCHESTER UNITED striker Edinson Cavani is considering leaving the club in January, according to reports.

The Uruguayan, 34, is out of contract in June and has recently lost his place to returning icon Cristiano Ronaldo, 36. 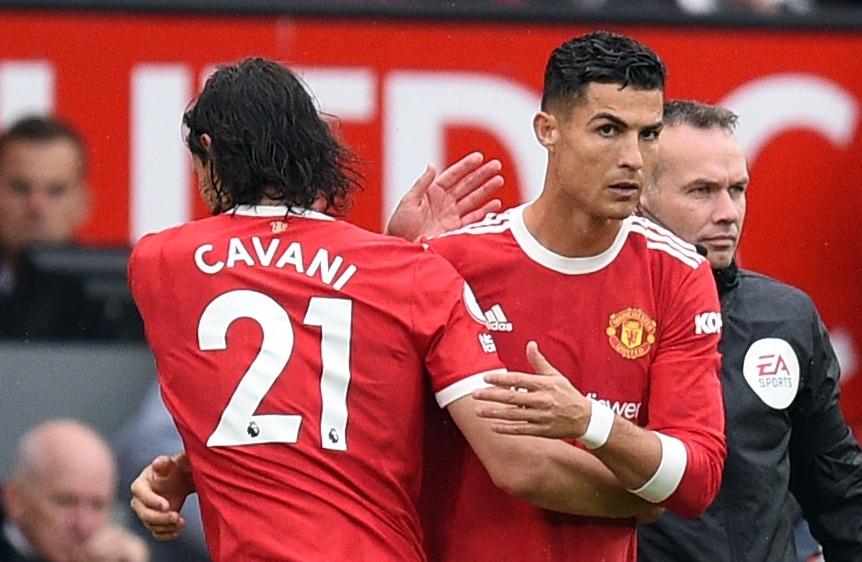 According to Spanish outlet Mundo Deportivo, Cavani is open to quitting Old Trafford in January.

The forward is yet to complete a full 90 minutes in the Premier League this season and was hauled off after 57 minutes against Everton on Saturday.

Cavani signed a new one-year deal with Man Utd during the summer and was expected to be the team's main striker – and wear the No7 shirt.

But the shock return of Ronaldo has seen him slip down the pecking order and he's now likely to play just a supporting role – wearing the No21 shirt.

And Real Madrid are reportedly interested in signing Cavani on loan in January, giving him the chance to leave Ronaldo's shadow.

The LaLiga side are thought to want more firepower up front after failing to sign Paris Saint-Germain ace Kylian Mbappe, 22, during the summer.

A six-month loan deal for Cavani would allow the striker to see out the rest of his Man Utd contract in Spain.

And the forward is reportedly interested in playing in LaLiga before retiring after enjoying spells in Italy, France and England.

Real are unlikely to offer Cavani more than a six-month deal as they are expected to regenerate their interest in Mbappe.

The Frenchman is also out of contract in June and Real reportedly want to sign him on a pre-contract agreement.

The 123-cap international is one of the most prolific goalscorers of his generation, scoring 370 goals in 629 club appearances.