CHELSEA winger Callum Hudson-Odoi is reportedly set for crunch talks with Frank Lampard over his future at the club.

The 19-year-old has featured in just ten minutes of Premier League football this season in the opening two games. 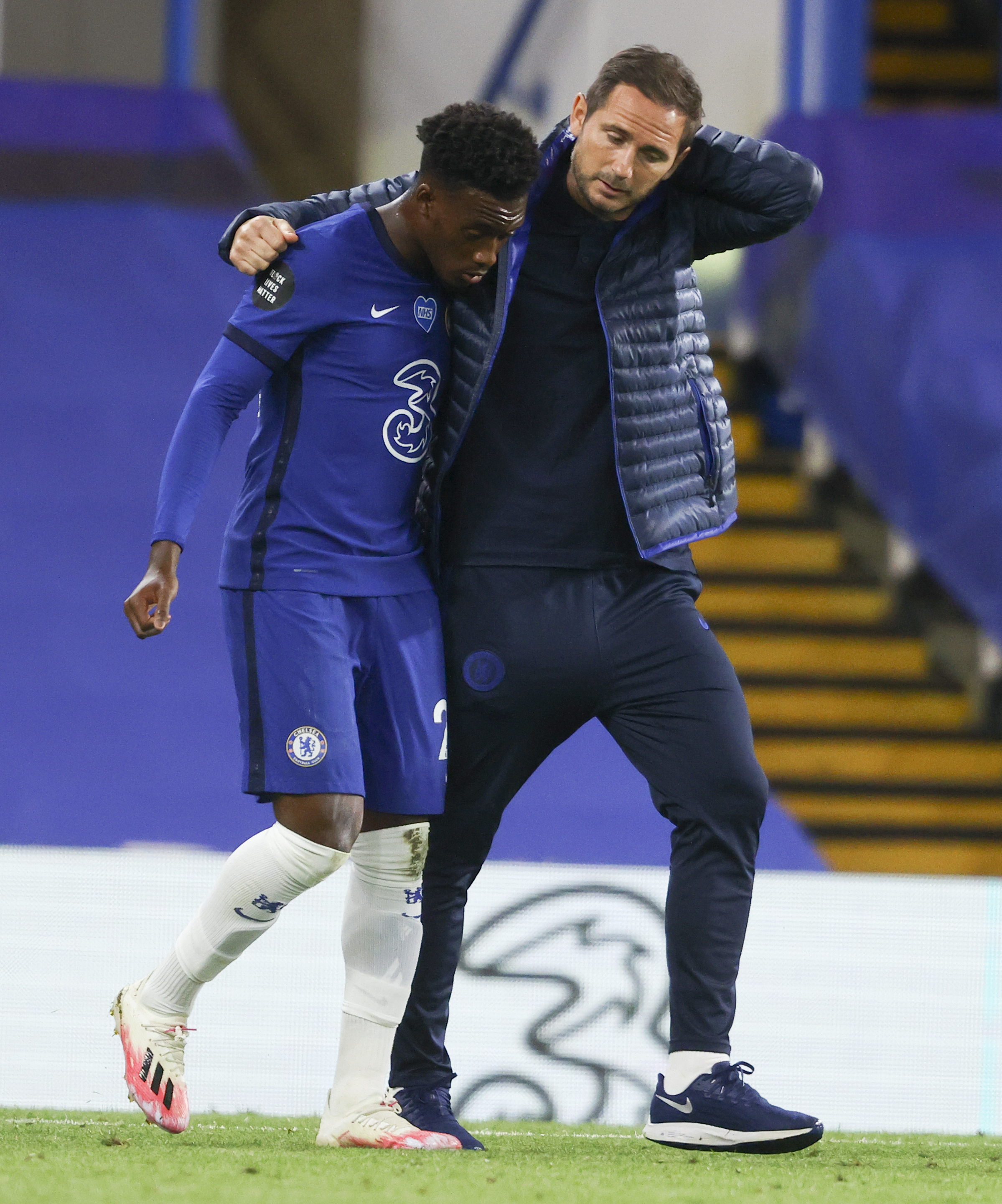 Kai Havertz and Hakim Ziyech's arrival in West London have only pushed the player – who has started just once since June – further down the pecking order.

And according to The Athletic, Hudson-Odoi has grown frustrated by his lack of first team opportunities.

They state that his representatives will speak to the Blues, where they will ask what role he will have under Lampard this campaign.

With the European Championship to take place next summer, Hudson-Odoi is seeking regular football as he looks to be named in Gareth Southgate's squad.

It has even been claimed that Chelsea are working on a deal that will see the forward leave on loan for the term.

SunSport reported last week how Bayern Munich were keen to snap him up on loan, while Juventus and RB Leipzig have also asked about the availability of the player.

And Lampard has fuelled speculation that Hudson-Odoi could be on his way out of Stamford Bridge ahead of their Carabao Cup clash against Barnsley on Wednesday.

Asked about Hudson-Odoi and Antonio Rudiger's future, Lampard said: "I’m going to skirt around that question.

"We’re not in a period where the transfer window is acting like it has done in recent years. The competitive games have just started.

"I’m very open to those conversations with the players as the next couple of weeks go on.

“My priority will be making sure I maintain the strongest squad I can but after that the individual conversations will happen.

"I will try and make sure I go into the season once the window shuts with the squad I feel is competitive in a healthy way.”