More than 300 Australian athletes, including 120 men and women AFL players, have joined forces to urge immediate and bold action on climate change. 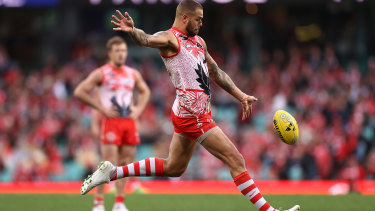 All have signed an open letter initiated by Dave Pocock, a former captain of the Wallabies, and his wife Emma, who have titled it The Cool Down. “The climate crisis and Australia’s intensifying extreme weather is threatening sports and the country we love,” it reads. Their concern is not only for elite sport, but all in the food chain.

“It’s our local clubs that are most feeling the heat,” the letter says. “Dramatically rising insurance premiums to protect against fire and flood risk are eating into budgets and prolonged droughts are seeing grounds become unusable and in some cases entire seasons being cancelled. 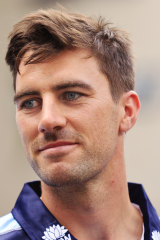 “Sport’s future is more uncertain than ever, but its power has never been more important.”

Collingwood defender Jordan Roughead already was involved with a group of AFL players on a climate change project when the Pococks reached out.

“Essentially, the science is there that our future is under genuine threat from climate change, which is really driven by the burning of fossil fuels,” Roughead said. “Extreme weather events will become more common and jeopardise our sporting futures and our futures generally if we don’t change.

“We think Australia should be a world leader in this space, and it’s time for sport to step up and start using our platforms a bit more to inspire change, within communities and at government level.

“In Melbourne, we get 40-degree days, and if we don’t change, we’re eventually going to get days that dip into 50, and that’s clearly not ideal for the environment and not ideal for athletes who are trying to train and compete either.” 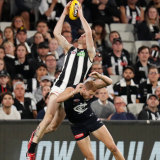 Historically, climate change has been a political football that sportspeople have been only too glad to handpass. “When you’re doing it by yourself, it can be quite intimidating,” said Roughead. “You’re constantly aware of the rhetoric: ‘get back in your lane, just worry about getting a kick.’

“But when you’re supported by another 300 athletes, you know it’s not just you sticking your neck out, you’re voicing the opinion of many.”

The Pococks founded a group called FrontRunners to raise awareness of climate issues in and through sport. Their focus is for Australia to parlay its sporting ideal of punching above its weight into climate action. They want Australia to be guided by the science to aim to halve emissions by 2030 and reach net zero by 2050.

“The people and places we love, as well as the sports we love so much, are threatened by climate change,” said Pocock. “We have the resources in our own backyard to be a world leader in this field.

“As a sporting nation, we’re used to performing on the world stage. It’s time we harness that to focus on strong climate action.”