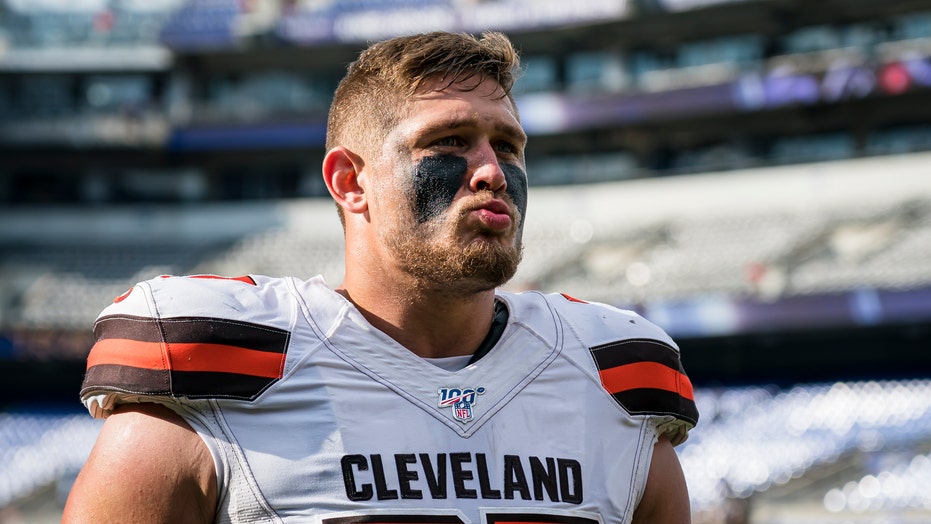 Cleveland Browns offensive lineman Wyatt Teller received backlash this week after he was seen carrying an alligator on his shoulders during a hunting trip in Florida.

Teller, a 26-year-old Virginia native, mostly left fans in awe on social media — but some were none too pleased seeing the video that circulated on Instagram and Twitter.

The guard was selected in the fifth round of the 2018 draft by the Buffalo Bills. He played in one season with the Bills before he was traded in 2019 to the Browns.

Buffalo acquired a 2020 fifth-round and sixth-round pick for Teller and 2021 seventh-round pick.

GREG OLSEN ON LEBRON JAMES: ‘I COULD MAKE HIM AN ALL-PRO WIDE RECEIVER’

Teller played in 15 games in 2019 and 11 games in 2020. He was among the Browns players who were dealing with coronavirus issues during the 2020 season.

He has not responded to any of the backlash on social media. Teller was reportedly with Miami Dolphins defensive lineman Zach Sieler, according to The Sun.

The Florida Fish and Wildlife Conservation Commission says the statewide alligator hunting season runs from August to November. The agency says it receives more than 15,000 applications for about 7,000 permits. A permit is required to hunt the reptiles, as they are protected under state law.

It’s unclear when the video was taken or whether or not Teller was on a private alligator hunt.