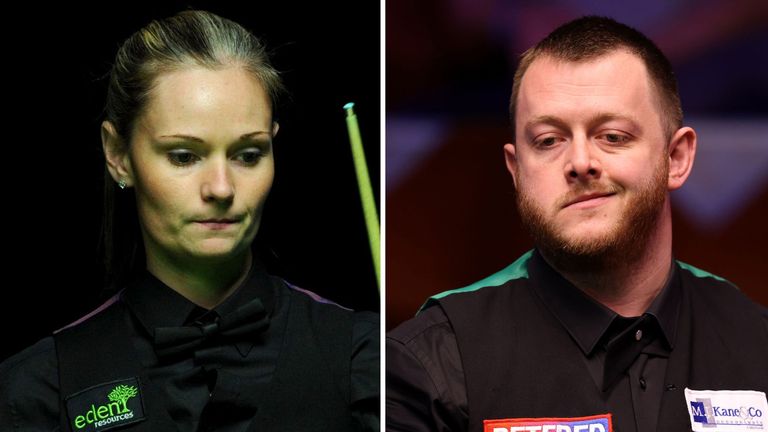 Former couple Mark Allen and Reanne Evans will face off for the first time at snooker’s British Open on Monday.

Taking place at Leicester’s Morningside Arena, they will compete against each other in the first round draw from 7pm.

The former romantic partners are reported to have split acrimoniously 13 years ago, with a dispute over child maintenance said to have left relations between the pair strained.

She has earned a two-year tour card this season to turn professional and is already the most successful female snooker player ever.

It comes just months after Evans – then working for the BBC at the World Snooker Championship – was told to leave the studio after Northern Irishman Allen complained her presence was a distraction.

He was reported to have said he did not want her to be in the TV studio where a practice table was, so she left the room for 10 minutes.

The British Open – which concludes on Sunday – will be Evans’ second tournament on the professional tour, after competing in the Championship League.

The 35-year-old, from Dudley, West Midlands, was recognised in the Queen’s honours list last year and made an MBE for her services to women’s snooker.

Evans has previously bemoaned the lack of prize money and opportunities for women players within the sport.