THE best way to get ahead at this year's Euros is by being tech-savvy.

At this year's European Championships, managers and players have turned to technology to steal a march on their rivals. 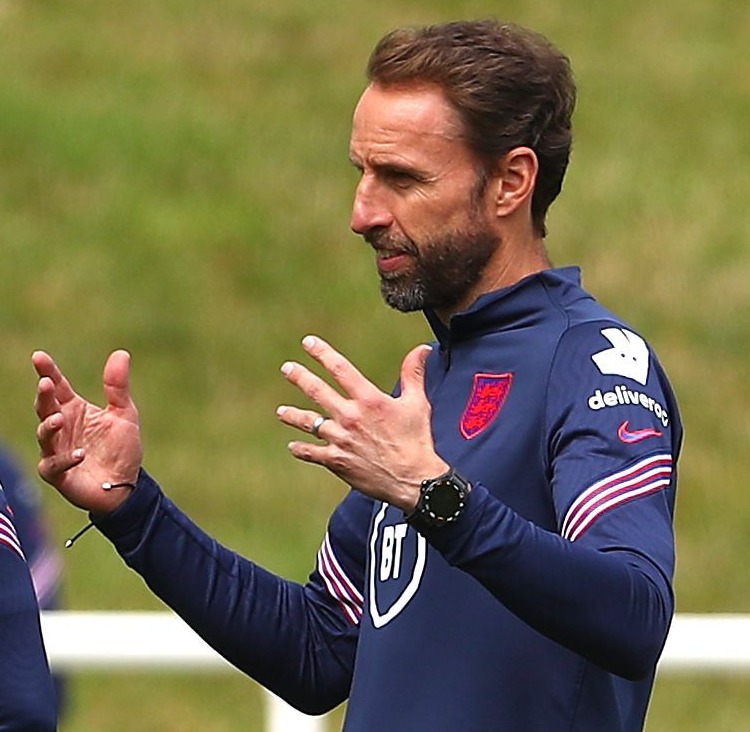 From hi-tech watches that notify of penalties to spiky goalkeeping gloves that help punchers of the ball get more distance on their clearances, we've seen some novel inventions at SunSport.

One of just 1000 made, the time-piece lets him view info on any match at Euro 2020, which is displayed on the large screen face including cards awarded, substitutions and goals.

There is also the option to view line-ups and player-rankings – potentially helping the Three Lions chief with his substitutions and giving him the lowdown on opponents.

However, the most interesting feature are penalty alerts – with any awarded in a match flashing up on the watch. 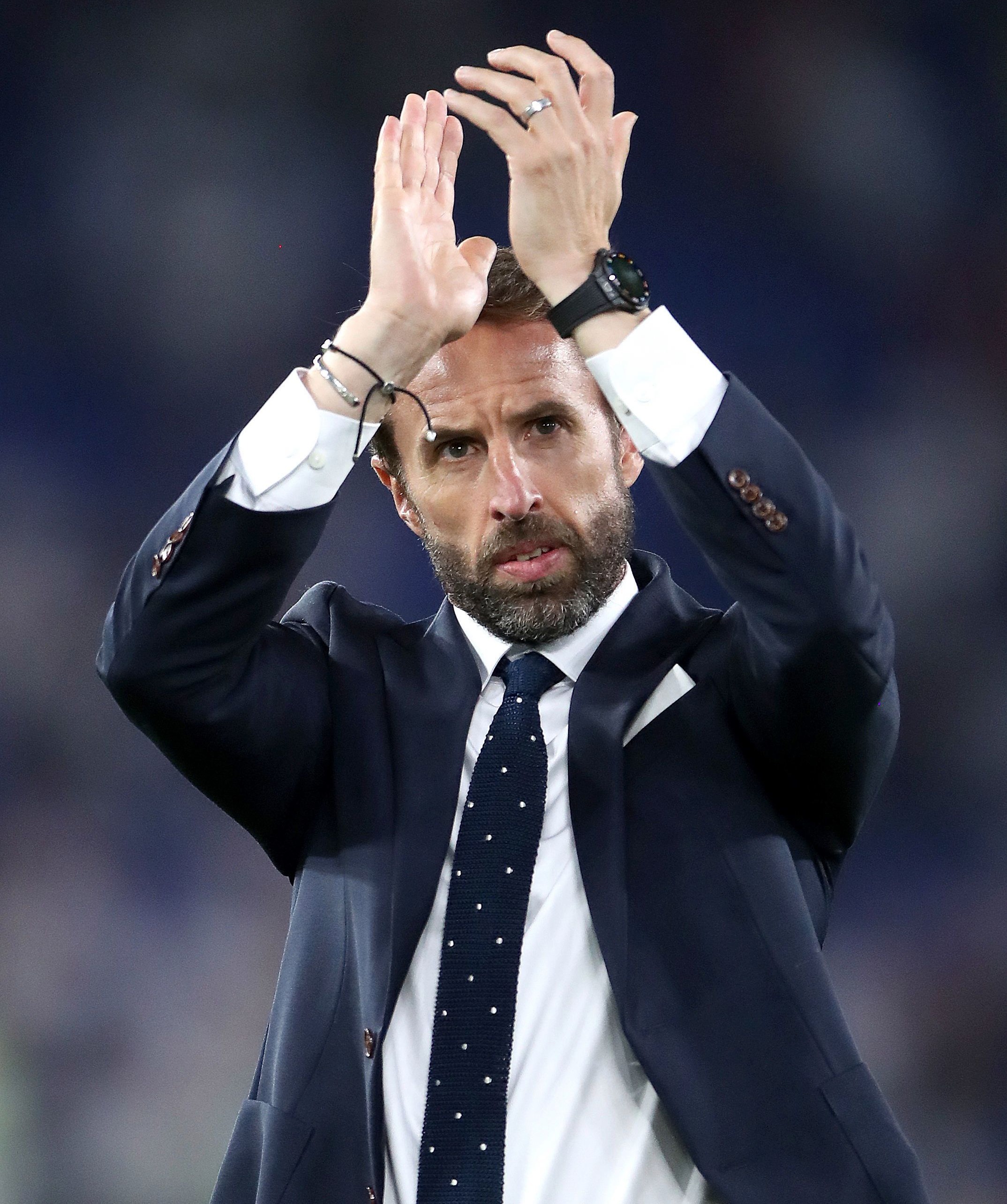 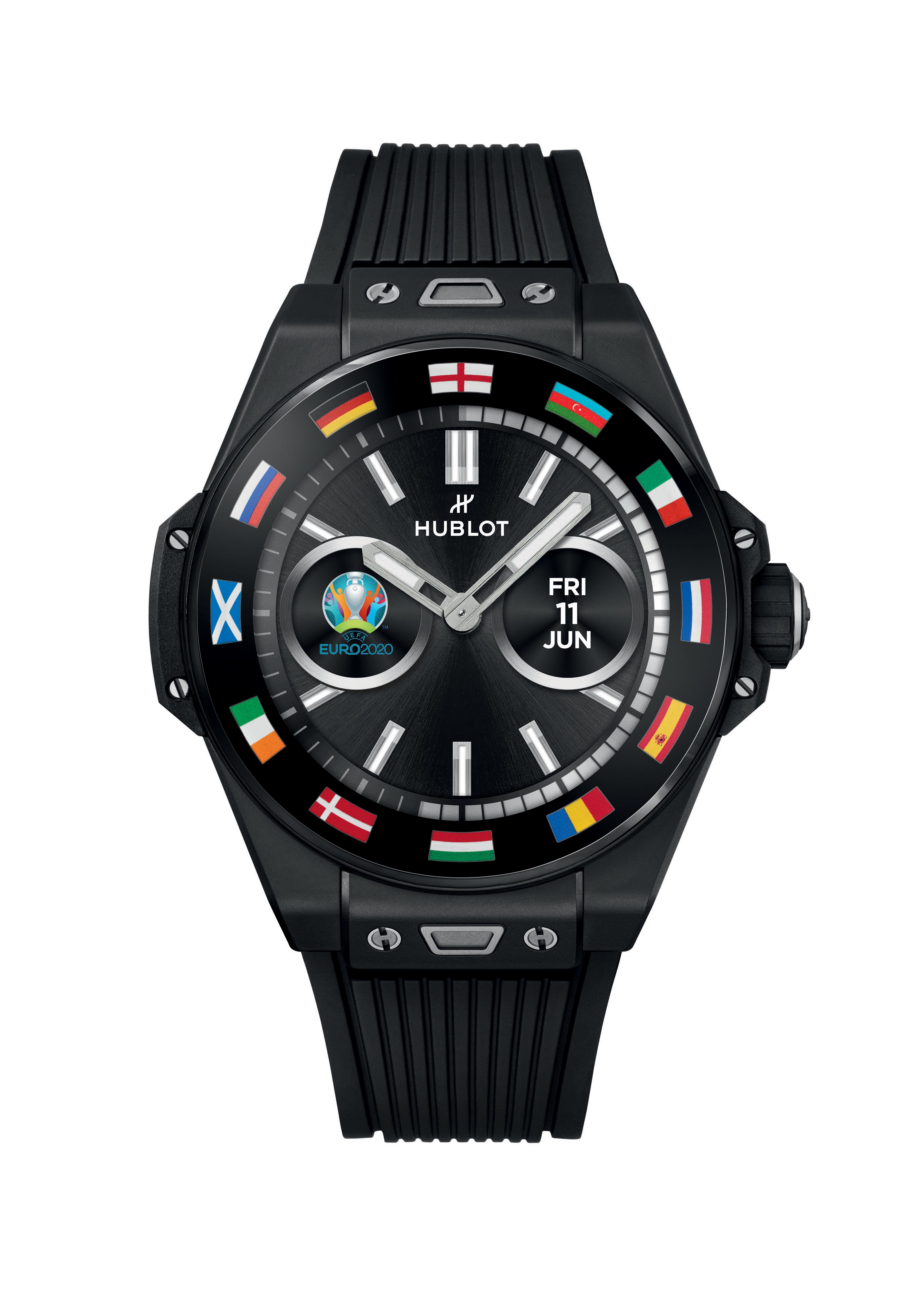 Italian goalie Gianluigi Donnarumma has proved to be a safe pair of hands between the sticks for the Azzuri.

And he clearly has been helped by the amazing gloves he wears – the Adidas Predator Pro mitts costing £100-a-pair.

Astonishingly, they are fitted with 288 spikes designed to help the wearer punch the ball better.

But we say, whatever happened to the art of catching the ball? 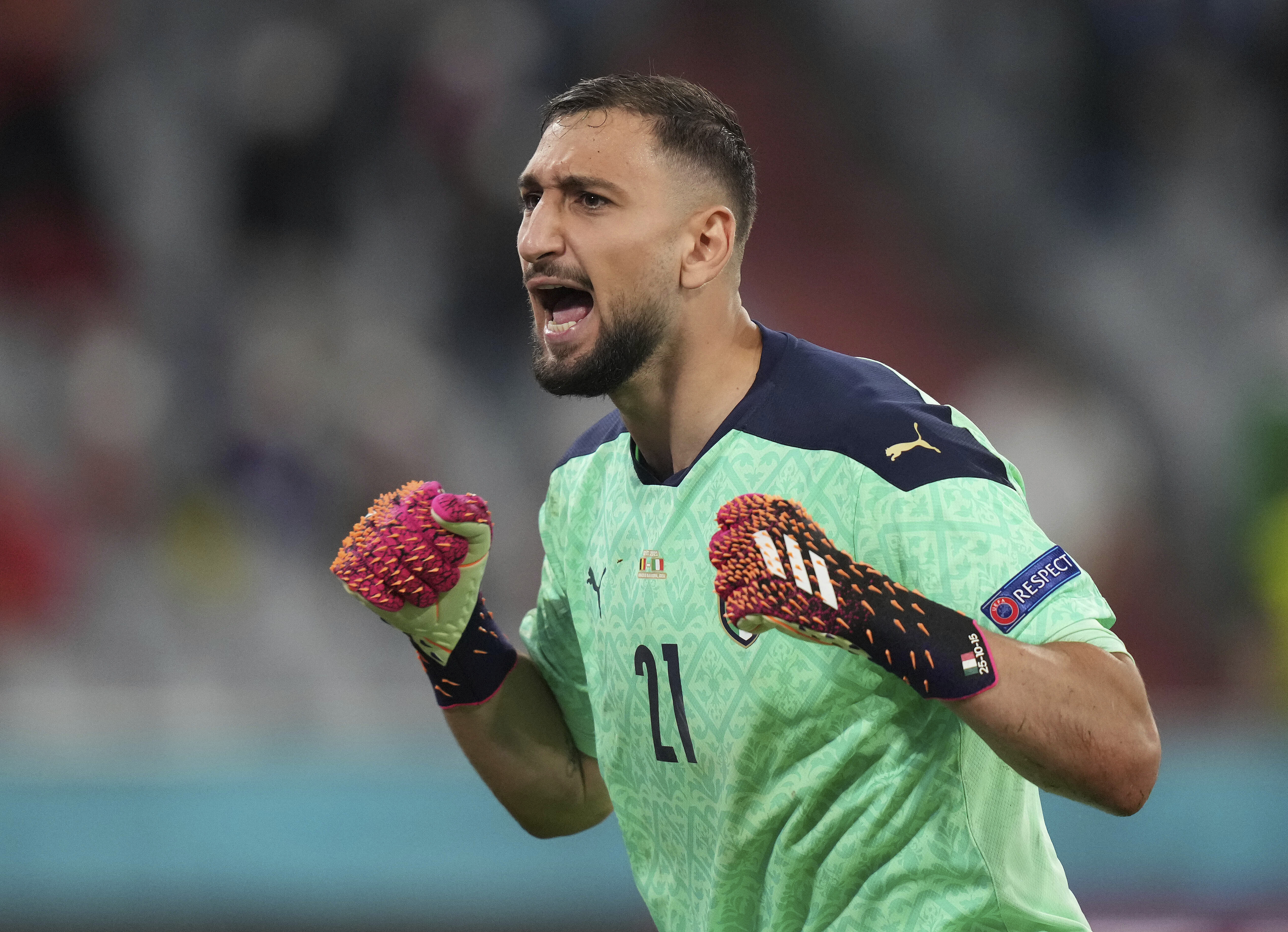 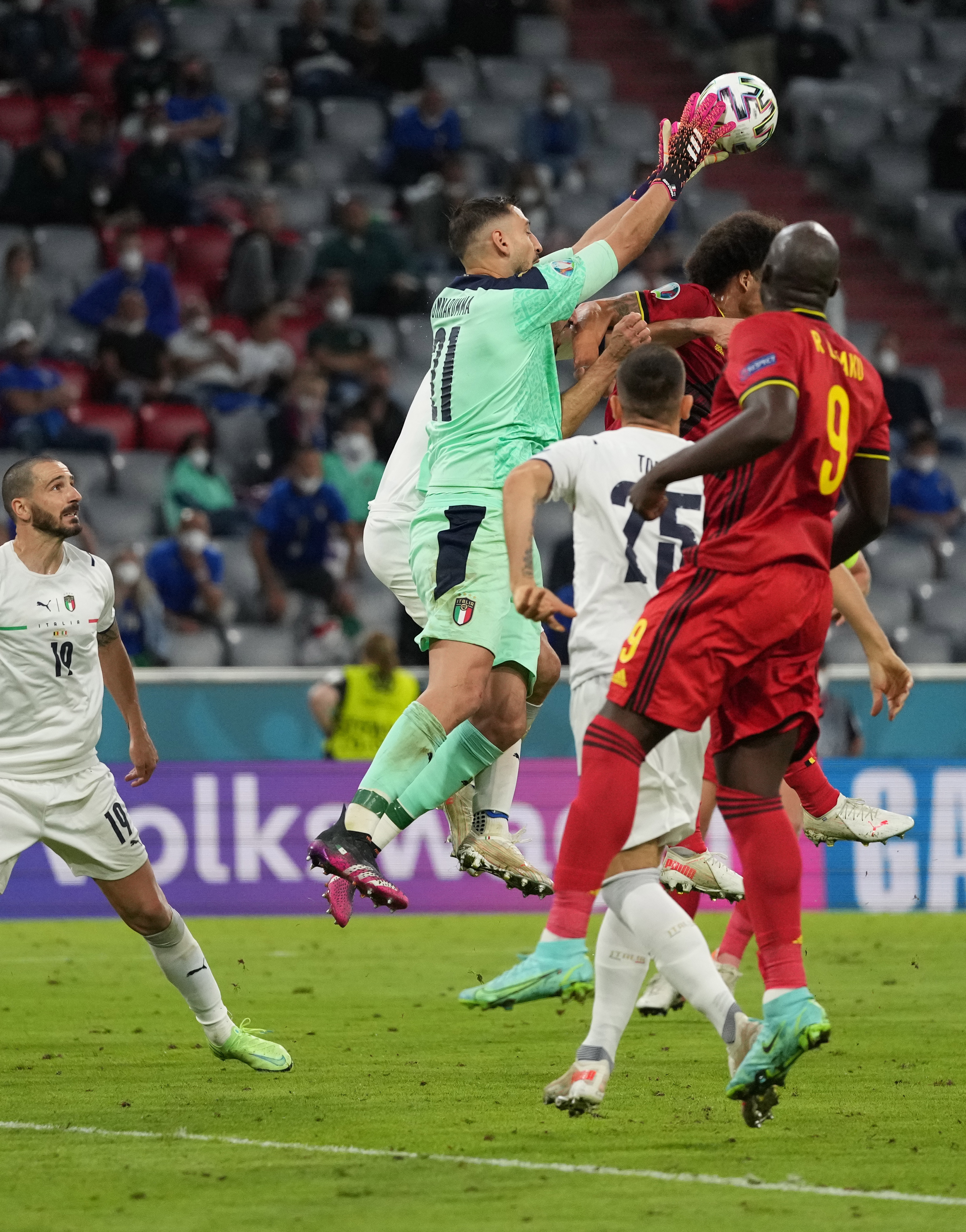 In preparation for their last-16 match against France, where Switzerland upset the odds, their players were spied hard in training at their camp.

However, if you looked towards where the goalies were being put through their paces you would've seen Yann Sommer and Co looking too cool for school in black wraparound shades.

The battery-powered eye-wear create a flckering effect and help the shot stoppers improve their anticipation.

They're made by Japanese company VisionUp and cost upwards of £350. 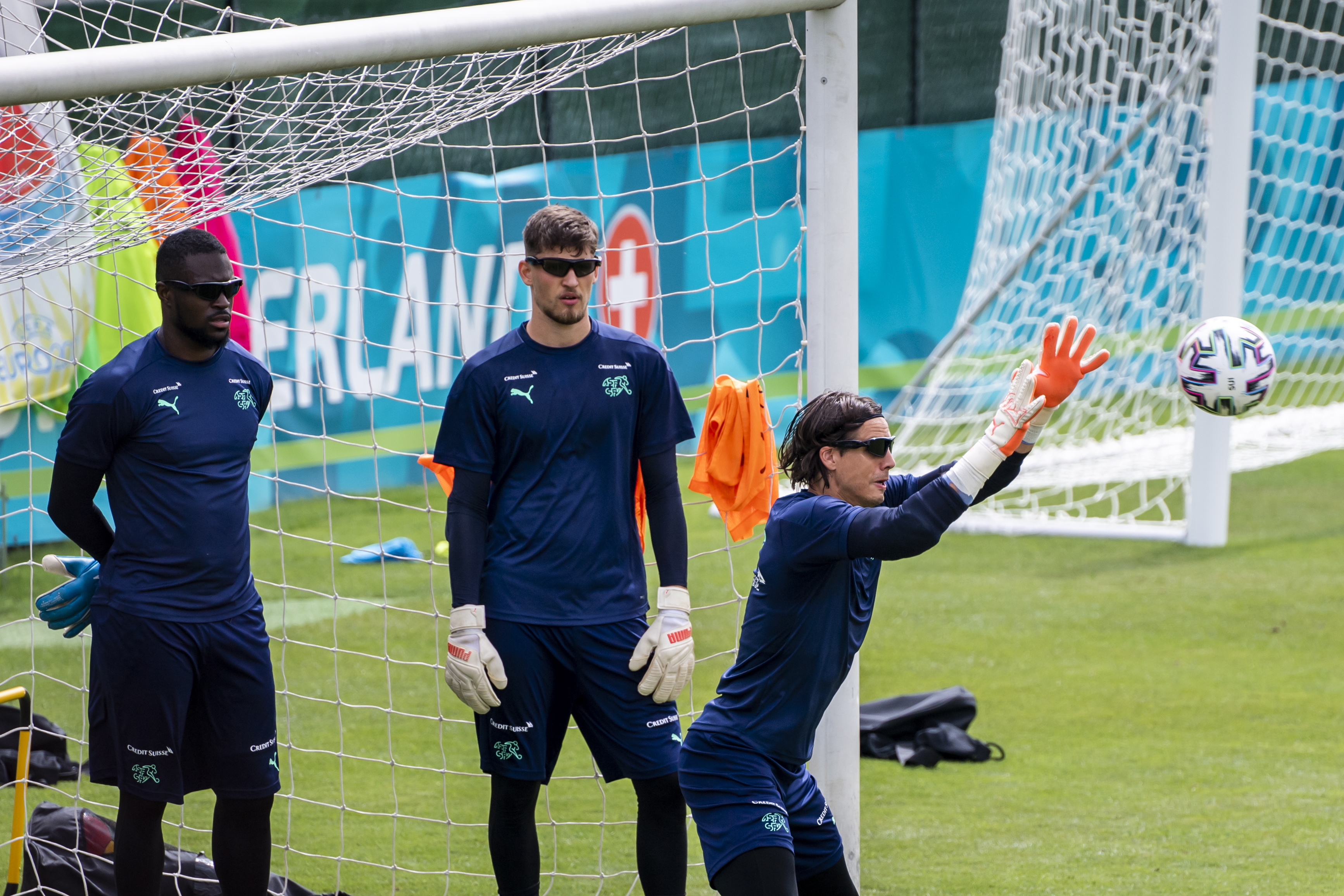 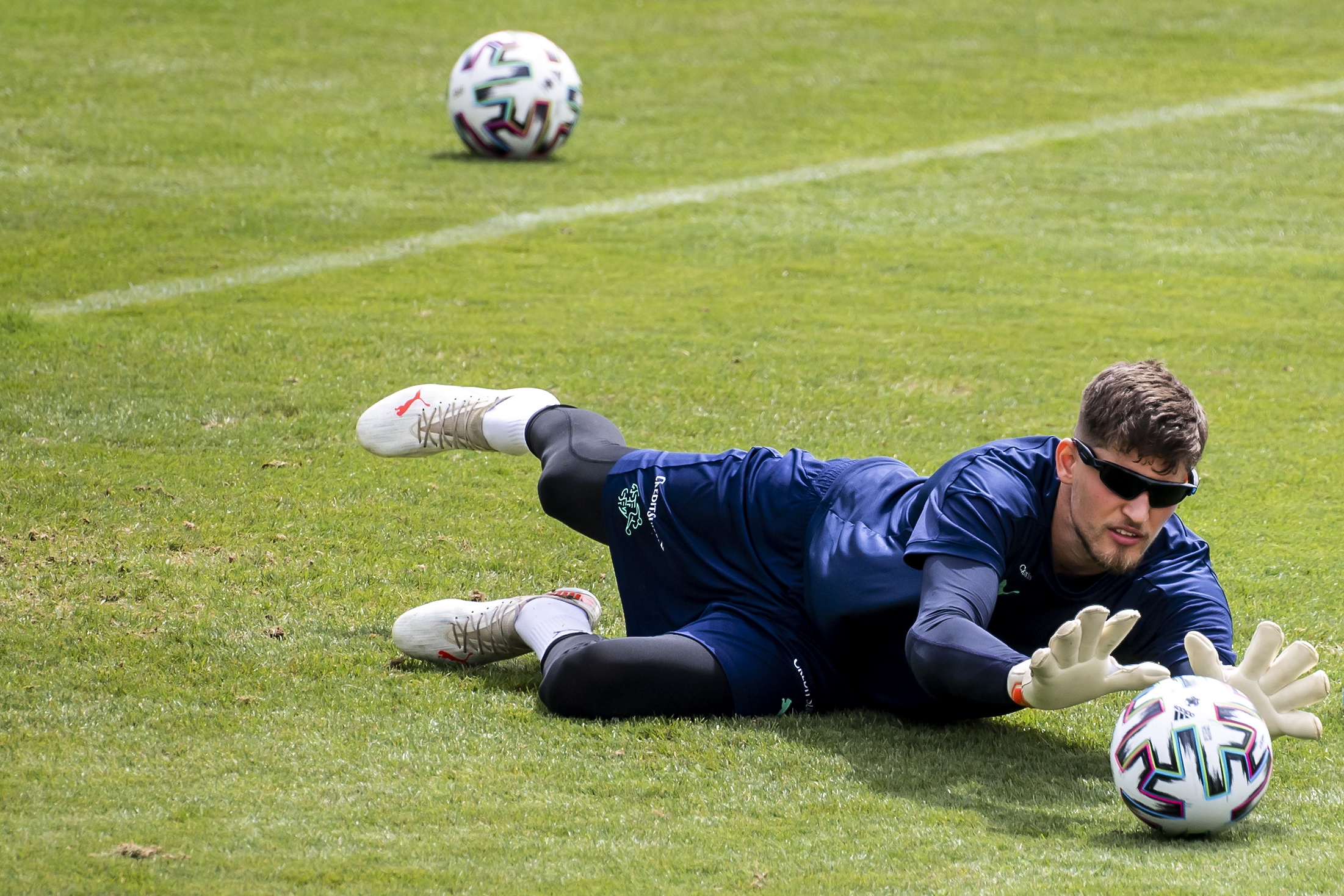 The sight of Artem Dovbyk whipping off his top after scoring a late winner against Sweden didn't just show off the Ukraine hero's impressive abs, we also saw something that looked like a sports bra.

More specifically, it was a STATSports vest – a company who offer GPS monitoring and analysis for a number of professional clubs and international teams.

The devices are popular in the world of elite sport and allow coaches and analysts to track performance.

The vests measure distance covered, speed, acceleration, deceleration and heart rate and provides coaches with valuable information on each individual.

The data that is collected can be then streamed to a phone, tablet or smartwatch for further analysis and studied by team officials. 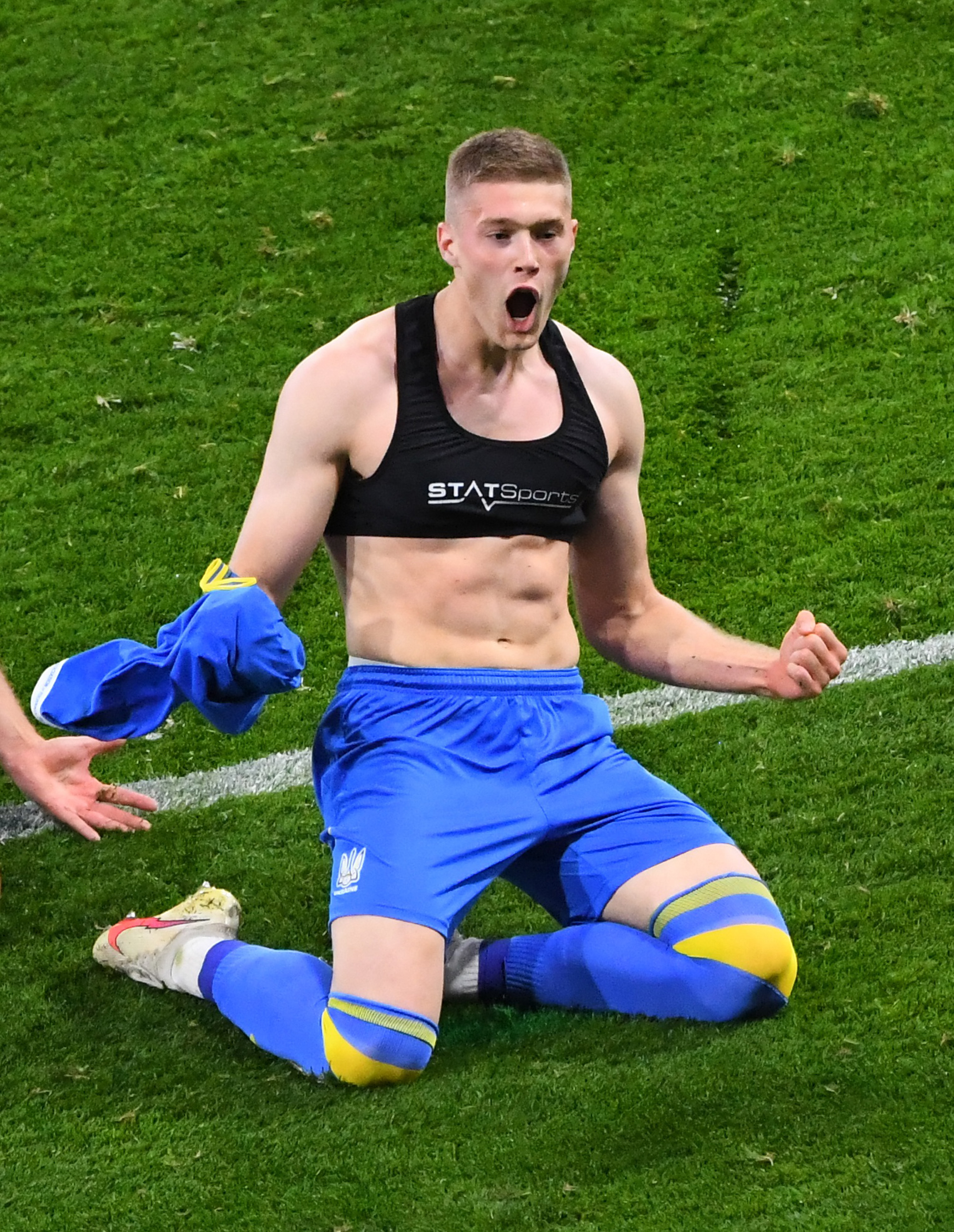 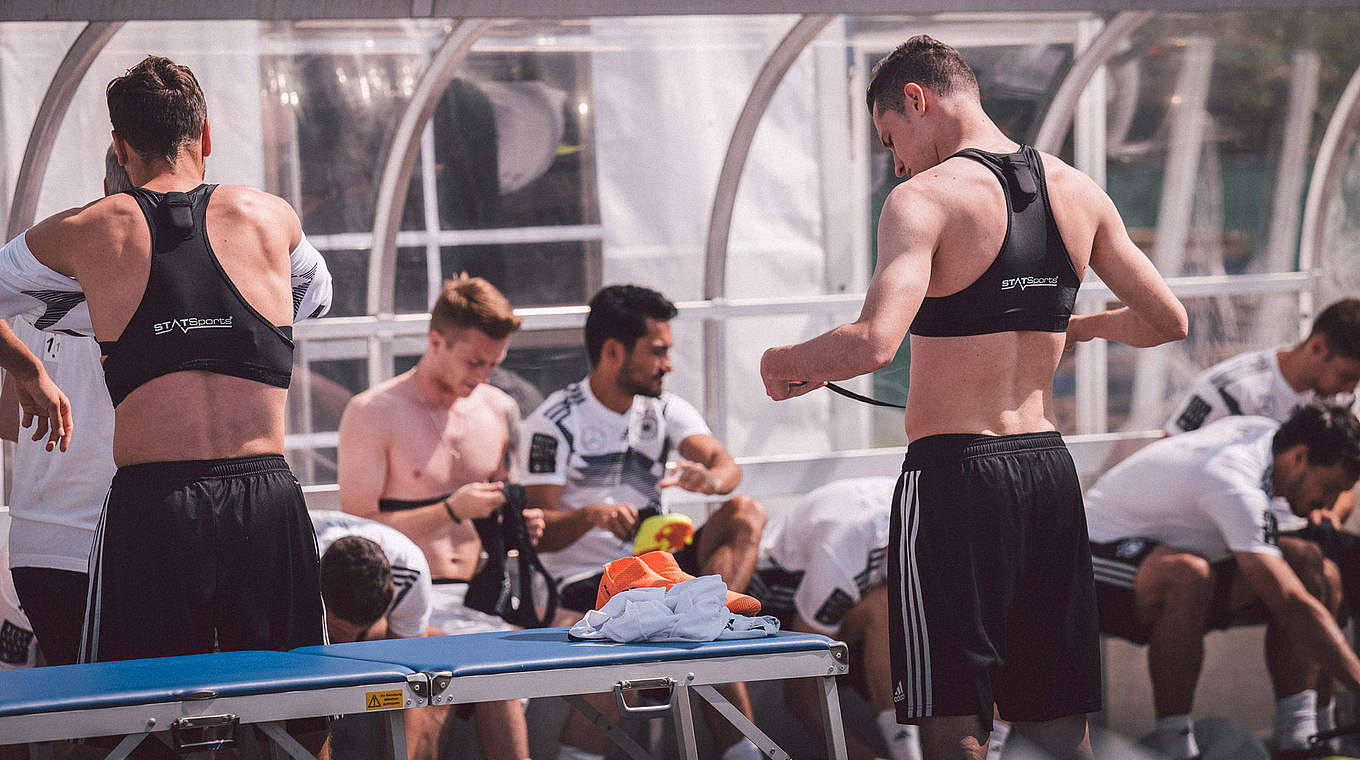 Many Euro 2020 stars are wearing TRUsox along with their official kits.

The special socks offer a patented design that helps athletes minimise the movement in their footwear when they move or kick the ball.

It's special grips on the base of the sock that help the wearer avoid any potential sliding.

A host of Italian stars have been seen wearing them, including Ciro Immobile. 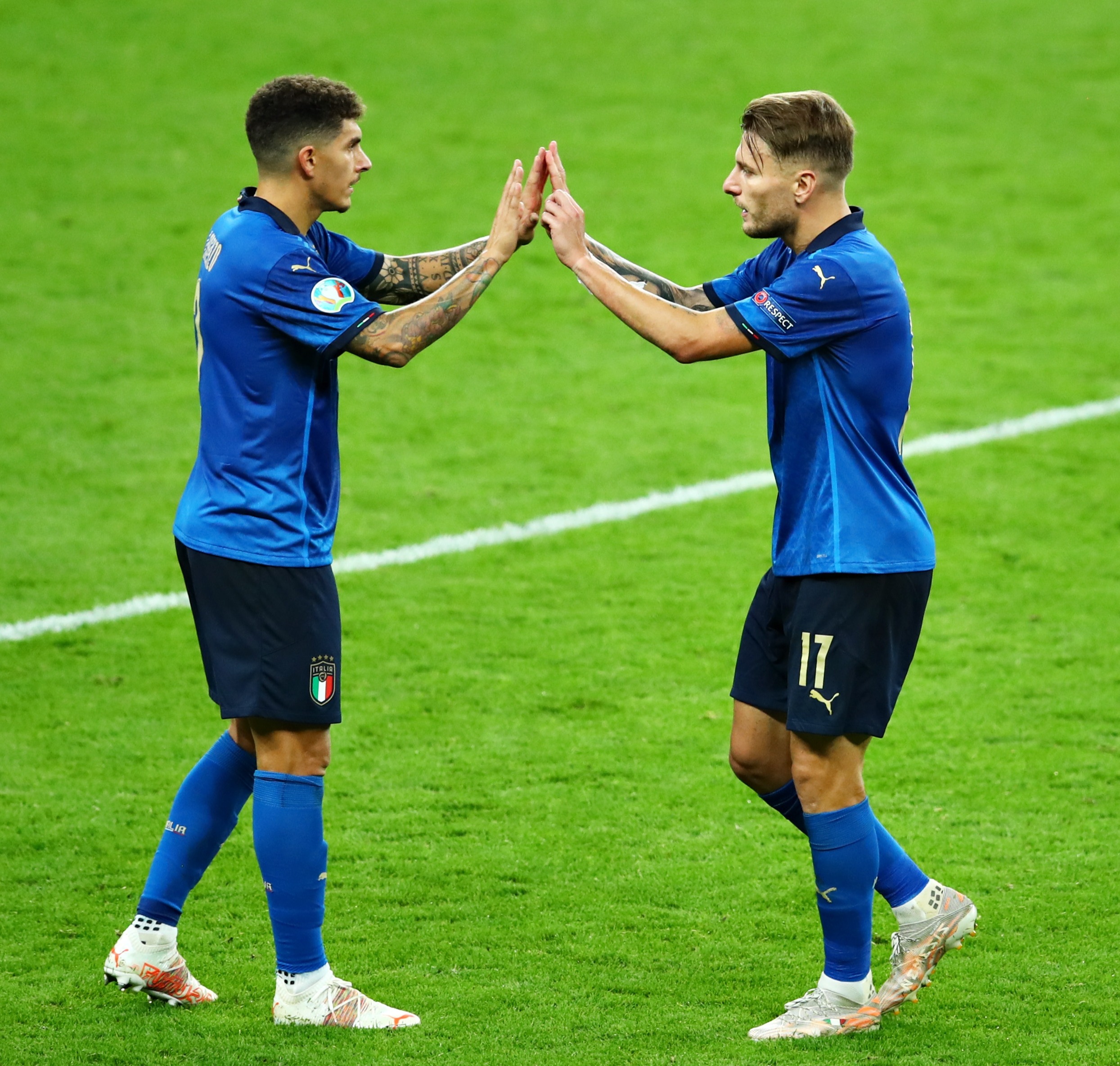 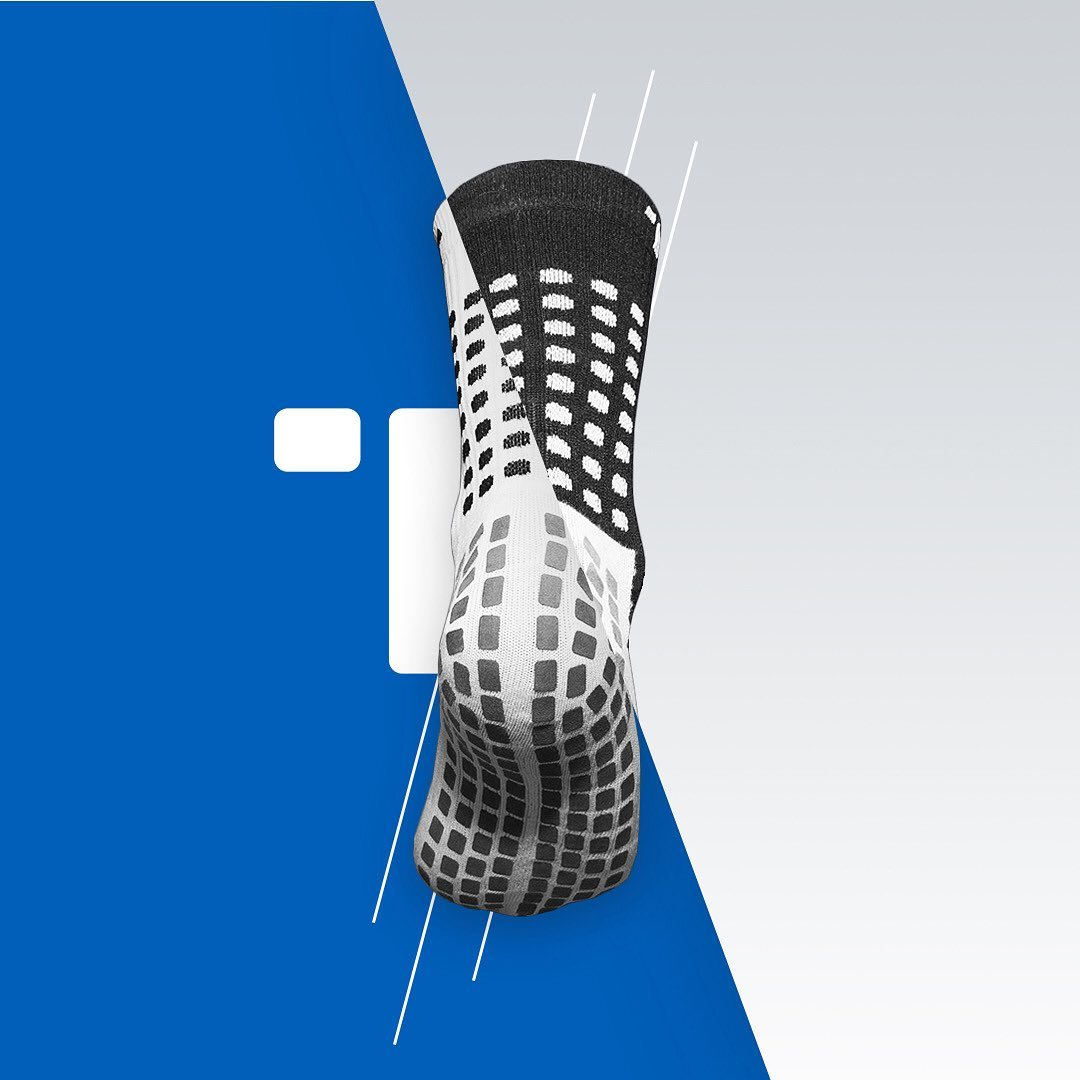